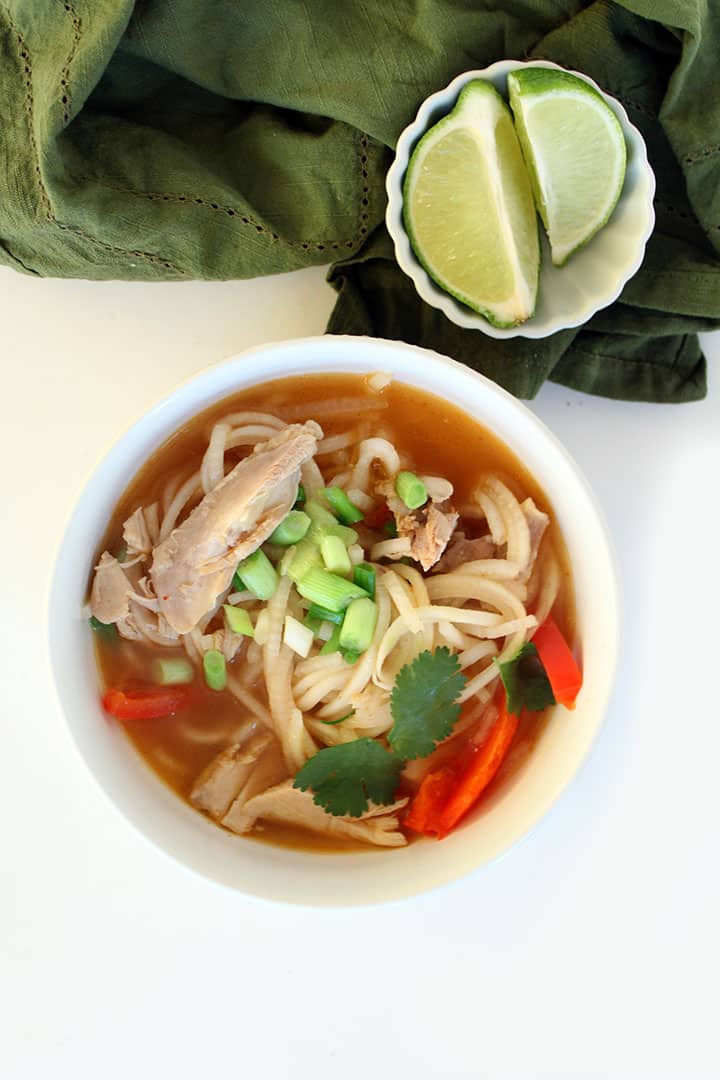 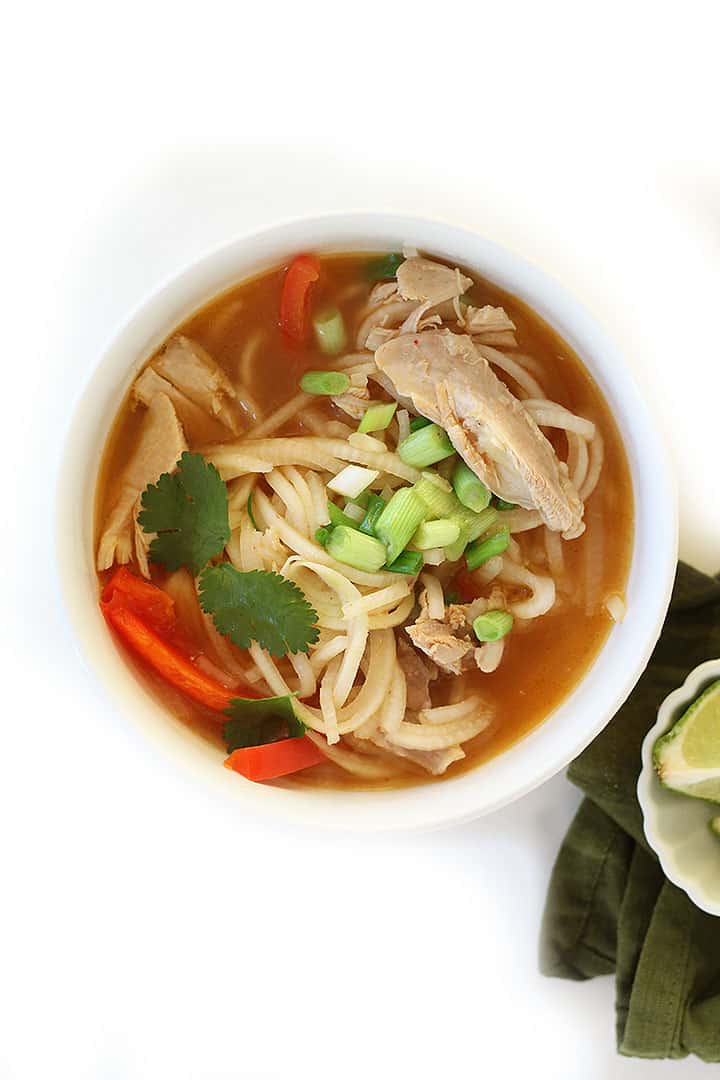 I don’t know if this is a nationwide thing, but at least in the New Jersey, New York area, the temperatures all of a sudden plummet and it doesn’t heat up until the springtime.

It’s a very odd occurrence. There’s no easing into wintertime – it just happens overnight. One day, it’ll be a high of 74 and then the next, it’s a high of 35. So bizarre.

I love New Jersey, but when it gets cold, this state doesn’t mess around. 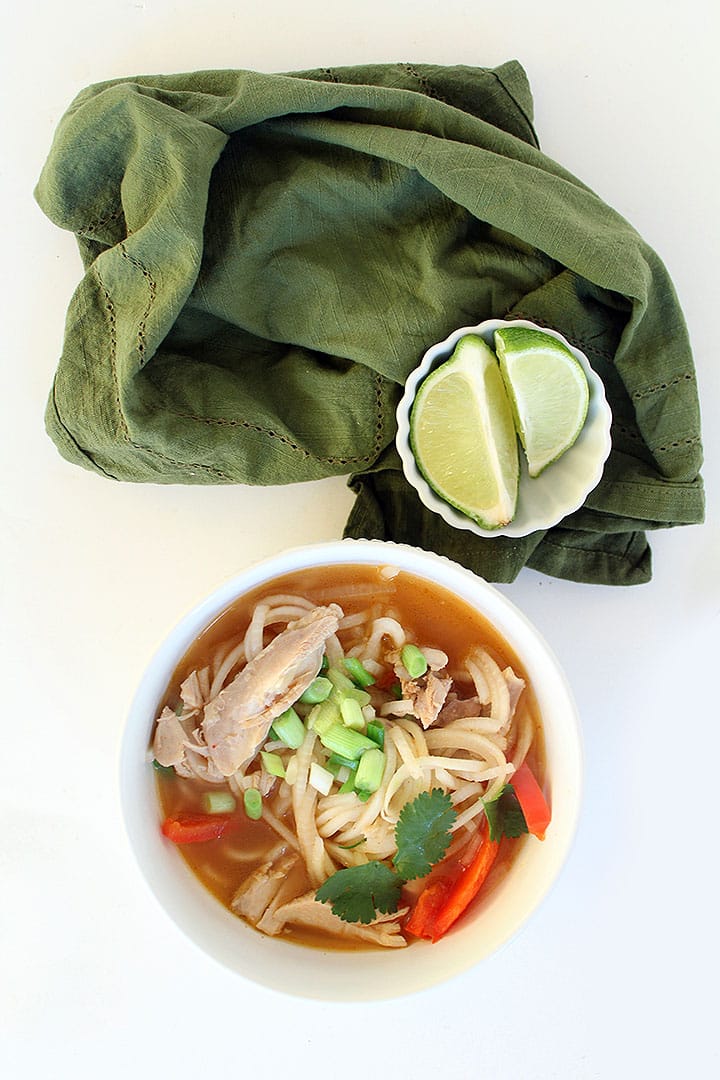 Instead of slurping down heavy, creamy soups – keep it light, but filling with some soups with spiralized veggies. Adding veggie noodles into your soups not only spruces up the meal, it packs in more nutrients and fiber, which fills you up without bloat and nourishes your body all at the same time.

Now that’s Inspiralized, am I right? 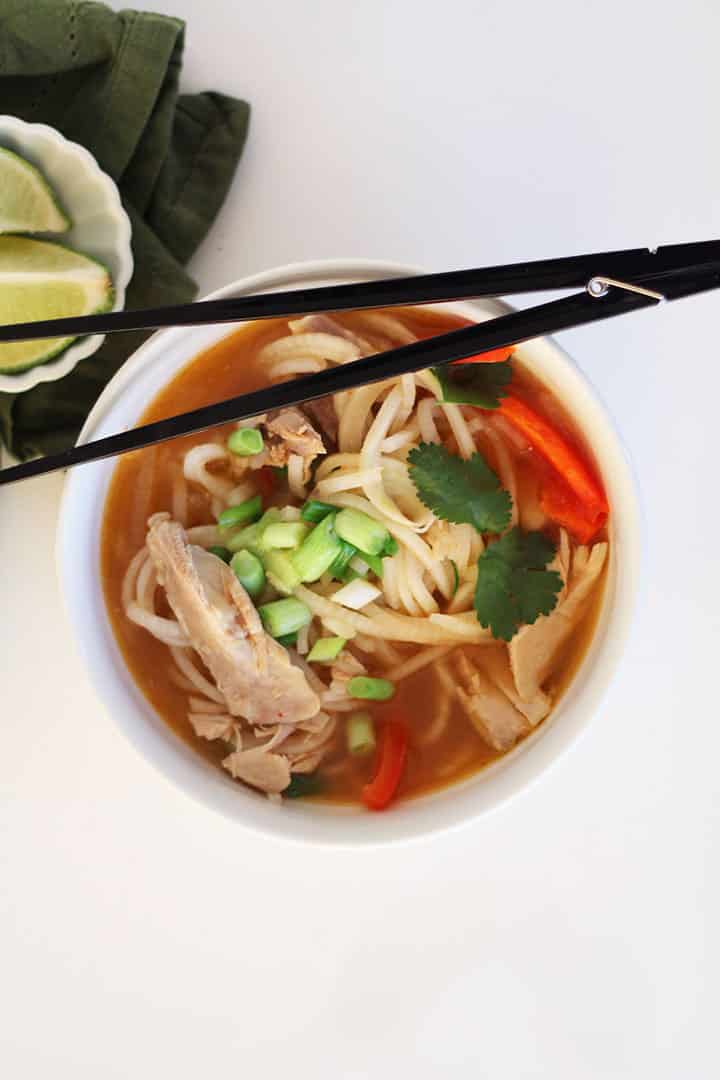 Now – this is my first recipe on the blog where I don’t use boneless chicken breasts – I used bone-in this time. There’s going to be more to come on this, but I’ve recently gotten into bone broths. There’s actually a guy in NYC who is selling bone broths as drinks.

There are so many proven health benefits in the bones, such as speeding up the healing process. Actually, certain nutrients that you can only get from the actual bones (and not in canned broths) are used in supplements to treat arthritic pain.

I’m experimenting with some bone broth recipes, which I’ll be incorporating into some recipes to come!

This soup wasn’t originally going to have an Asian flair (the red curry paste.) But, when I tasted it towards the end, I thought it needed a little oomph, so I stirred in some red curry paste and the flavors of the long-simmered chicken broth and the turnips really married well together. Plus, the little spritz of lime at the end gives it a tang and brings all the flavors together. 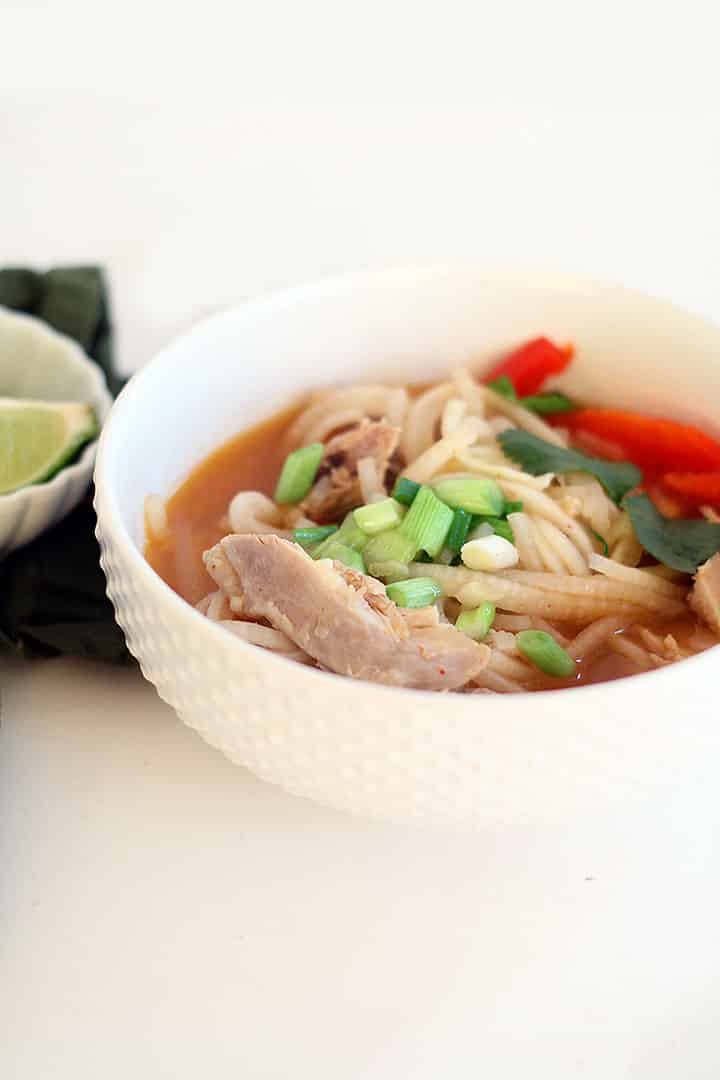 The bell peppers are a nice crunch and make this bowl extra colorful – alas, eating the rainbow is an essential part of eating healthy. The less white and brown your foods are, the more healthy they tend to be. Well, then there are PopRocks and gummy bears, which are in no way healthy – but colorful. So don’t always eat the rainbow?

Back to the turnips, when I first started Inspiralized, I was worried about having enough ideas/vegetables for the fall and wintertime once zucchinis were out of season. This helped me learn so much about seasonal produce and different vegetables, which has been such an enjoyable part of my culinary education.

You may tell me, “more zucchini recipes!” but I’m just having too much fun right now with turnips.

But really, do you have any requests? More zucchini? Less turnips? Let me know. I’m a good listener. 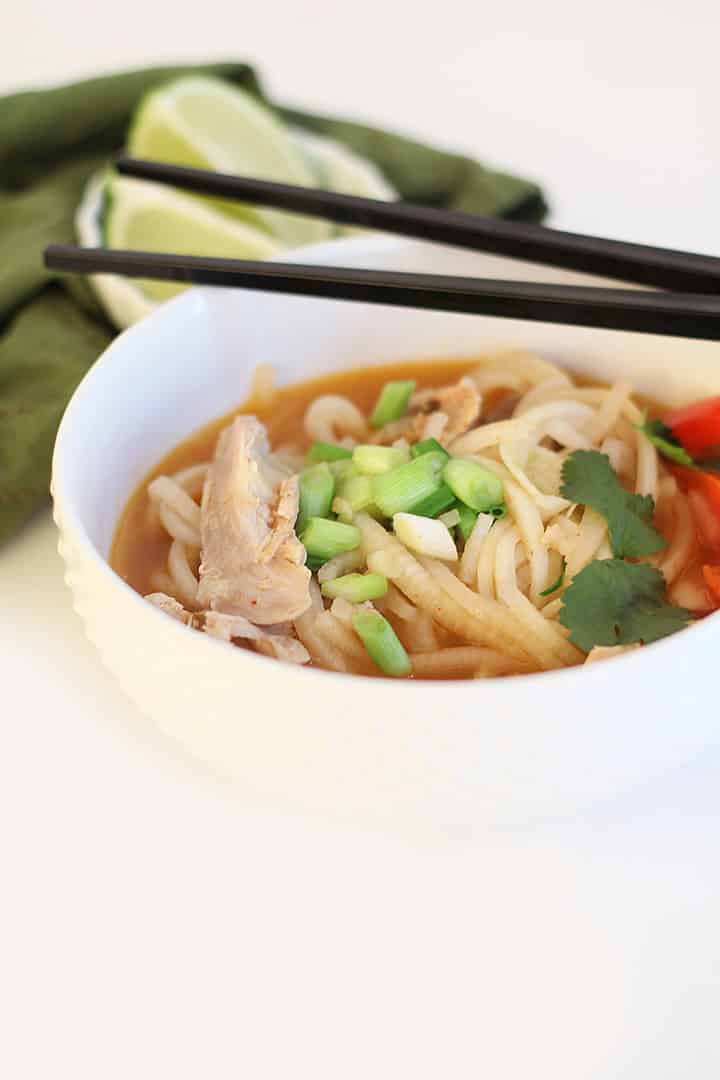 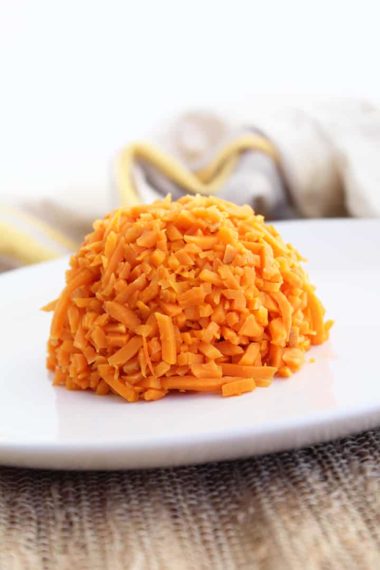 Inspiralized Rice: The Perfect Side Dish 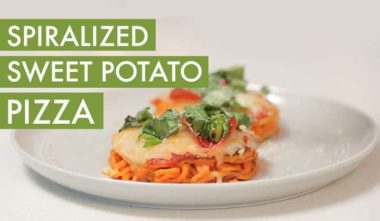 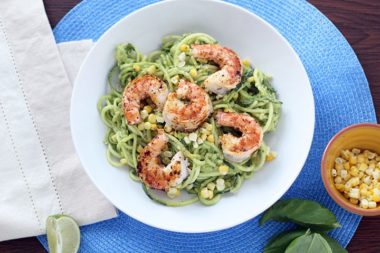