Zucchini Pasta: Why Doesn’t Anyone Talk About It? 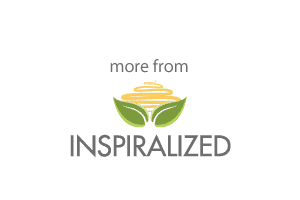 Hopefully by now, you are sold on spiralizing – or at least on zucchini pasta, since that’s all I’ve shown you so far (I have SO much more up my sleeve!) How could you not be? It’s delicious, healthy and creative! So then, you might be asking yourself “Well, why don’t I ever see it at restaurants? Or on the news?” Well, my friends, good question.

Zucchini Pasta and spiralized vegetable pasta, in general, is really only popular in the raw vegan and gluten allergy worlds. Raw vegans don’t eat anything cooked about 118 degrees (F) and gluten-free eaters can’t have pasta because of their allergy (there are substitute pastas but they just don’t do the trick, I think!)

Part of the reason I’ve started this blog is to bring spiralizing and specifically, zucchini pasta, to the masses! Everyone should know about it and add it to their weekly dishes. I have seen recipes on Zucchini Pasta in the NY Times and Huffington Post, but for some reason they didn’t take the extra step and make it more palatable to the average eater – throw some meat on there, a yummy sauce, or even just a can of beans! Make it look like a dish, not a side, wouldjya?!

I’ve found a few places in NYC that sell zucchini pasta on the menu, and I will be visiting them (and featuring them here on Inspiralized!) They include: Gustorganics, Rawlicious and dirtcandy. If you know of any others, let me know!

Zucchini Pasta is especially friendly to the following diets

Most importantly, spiralizing is for everyone! It takes less than a minute to spiralize a vegetable (around 30 seconds). No more waiting for water to boil, no more tasting crunchy pasta, no more mushy noodles. You’re saving about 15 minutes by spiralizing – and time is money, right? Spiralizing is great for home cooks (like me!), college students living in dorm housing, parents trying to introduce vegetables into their kids’ diets (trick ’em!) and anyone who wants to eat more healthy.

I mean, from a skinny perspective, there’s no comparison. Well, let’s compare:

Based off the above, you would have to eat 6 bowls of zucchini pasta to match the calorie and carbohydrate content of regular pasta. And remember, when you go to restaurants, a bowl of pasta is never one serving – it’s more like 2 or 3. 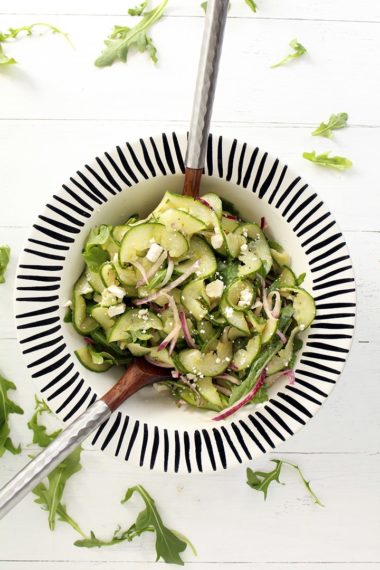 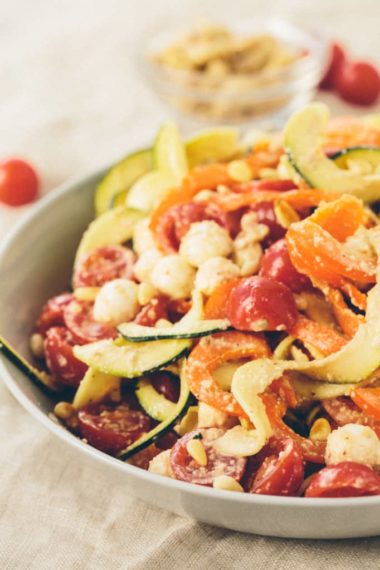 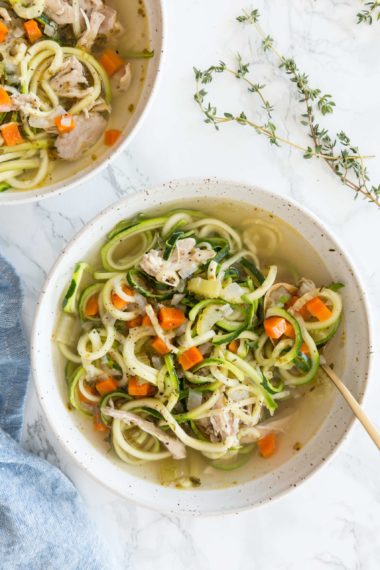 Louise says:
June 29, 2013 at 2:47 am
I bought a spiralizer months ago and have been afraid to try it out! Now I feel prepared to tackle it! How do you recommend cleaning in the beginning?
Reply
Inspiralized says:
June 29, 2013 at 11:35 am
Louise thanks so much for your post! To clean, make sure you first remove all blades that weren't used and set aside. Then, take out the blade that was used and put under running water and take a spunge and dab, being careful not to rip the sponge on the blade. Then, put the spiralizer in the sink and rinse it, cleaning it with soap and water. Dry and store! Hope this helps!
Reply