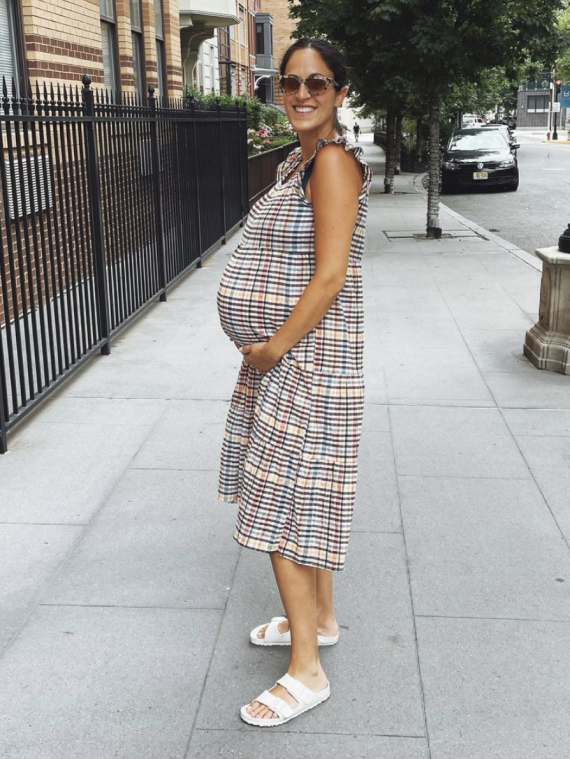 Pregnancy
With both of my pregnancies (Rom and Luca), I did monthly or every 6-week or...
share this post

With both of my pregnancies (Rom and Luca), I did monthly or every 6-week or so updates during my pregnancy. Since this pregnancy will be slightly shorter (with identical twin pregnancies you’re not advised to go past 37 weeks, apparently!) I want to get in some updates! This update will recap week 21 through the end of week 26 (6 weeks!) and then my next update will probably be my last!

you can check out more about this pregnancy in my first trimester recap! and then the recap of weeks 14 to 20.

Well, it seems that the bulk of your second trimester with twins feels like your third trimester, in terms of weight gain, belly growth, and uncomfortable symptoms! For the first few weeks into the second trimester (weeks 21-23) I was still feeling overall pretty great, energized, and wasn’t feeling pain or discomfort. Once week 23 hit, it was like my body realized it was seriously pregnant and then the heartburn and back pain started to creep in. By week 24, I was toast by the end of the day (whereas with my singleton pregnancies, I didn’t feel that discomfort until later in my third trimester!)

Still, these past 6 weeks have been me trying to be as involved with the kids as possible, and I’ve started some nursery and more baby prep since my last update. What I’ve realized is that clearly, I’m going to be only getting more and more uncomfortable, so I might as well do as much as possible before the real discomfort sets in. I’ve been active with the kids as much as I can, and I’ve started all of the transitioning that needs to be done, starting with weaning Roma off the pacifier. I knew I should do this sooner rather than later, not only because her pediatrician and dentist recommended it, but because I didn’t want to deal with the sleep deprivation farther along in my pregnancy (the first week was pretty rough with naps and getting her to bed at night and then the mid-night wakeups.) Next on the list? To transition Luca and Roma into the same bedroom and then to potty train Roma (not necessarily in that same order.) 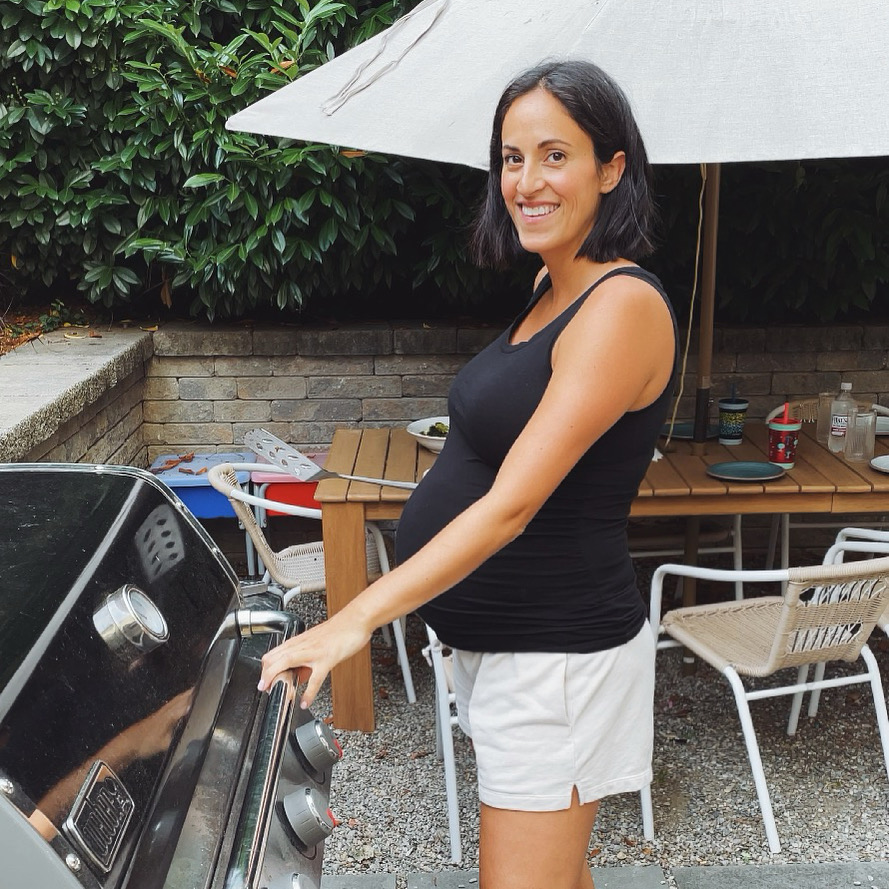 In terms of nutrition, I feel like my cravings have been sweeter lately and I haven’t been eating as nutritionally focused lately, and I’m definitely snacking more at night, out of stress, so the weight gain is creeping up (which is fine, I’m not afraid of weight gain during pregnancy – I welcome it!) But I like to gain the right kind of weight, so my focus for the remainder of this pregnancy is to really focus on those nutritious source of calories and protein! With summer ice cream stops in there, too, of course!

The exhaustion started creeping back in a bit, too, so I took a couple of naps in this second trimester, around 3-5pm. It was like that first trimester exhaustion when you just can’t fight it and you need to lay down. It only happened a couple of times, but it did the trick – and was obviously a sign that my body needed rest.

So what have been the highlights? I actually spent 2 weeks in Florida during this time, where I got to meet my sister’s baby a few days after he was born (his name is Brooks!) and that was so nice to be with family and take a break from work, which has really, really ramped up. I’ve started to even think about my ‘maternity leave’ and how I’m going to manage everything. I wish I could say I’m the ‘do it all’ type, but I’m not!

Also fun, the baby kicks have been strengthening and around week 25 I could distinguish between Baby A kicks and Baby B kicks. They’re both equally active, and they move all day long, but definitely a lot at night when I’m finally trying to get comfortable on the couch and relax!

At 26 weeks, the ultrasound technician gave us a 3D photo of Baby B (he was hamming it up, apparently) and it made me so blown away by the female body even more (something about seeing their face made it all so much more real – and he looks just like Luca, it’s incredible!) 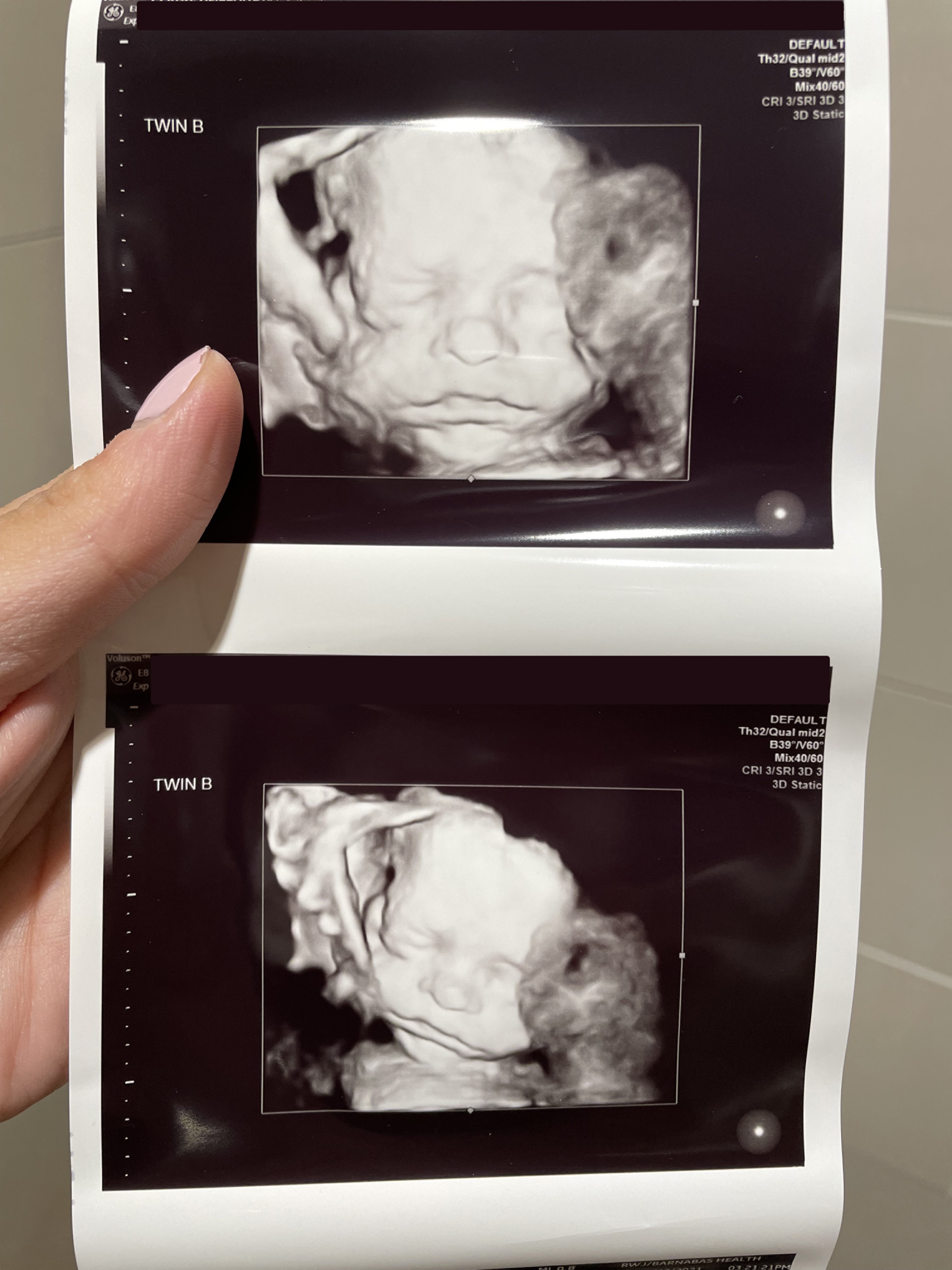 I definitely want to focus on slowing down once I hit about week 32, so the next month or so will be all about my preparing for the twins’ arrival and then I want to relax and spend time with my family, plenty of time resting, and be off my feet as much as possible to avoid preterm labor. Easier said than done, but that’s the goal!

Around week 25 I realized that it was time to start preparing for the babies, because I couldn’t treat this as a singleton pregnancy (where you feel silly preparing too early.) I think with your first pregnancy, it’s easy to get caught up in the apps and the articles that tell you certain times of when to do certain things (like when to have a baby shower, when to build your registry, when to set up your nursery, etc.) And of course, there’s superstition and this little voice in the back of your head saying, “don’t prepare too early, what if something happens?” (I have had that with all of my pregnancies, especially this one!)

But, I’m rapidly becoming bigger, slower, more tired, and sitting on the ground folding baby clothes and organizing a closet last weekend was tougher than I thought it was going to be, so now I’m kicking it into high gear, and my goal is to have the nursery mostly finished and everything ordered by week 30, right before we go to the beach for a week with family. I want to come back from the beach, be in week 31 and not have to do anything for baby prep and be able to focus on spending time with the kids, relaxing myself, and finishing out work. 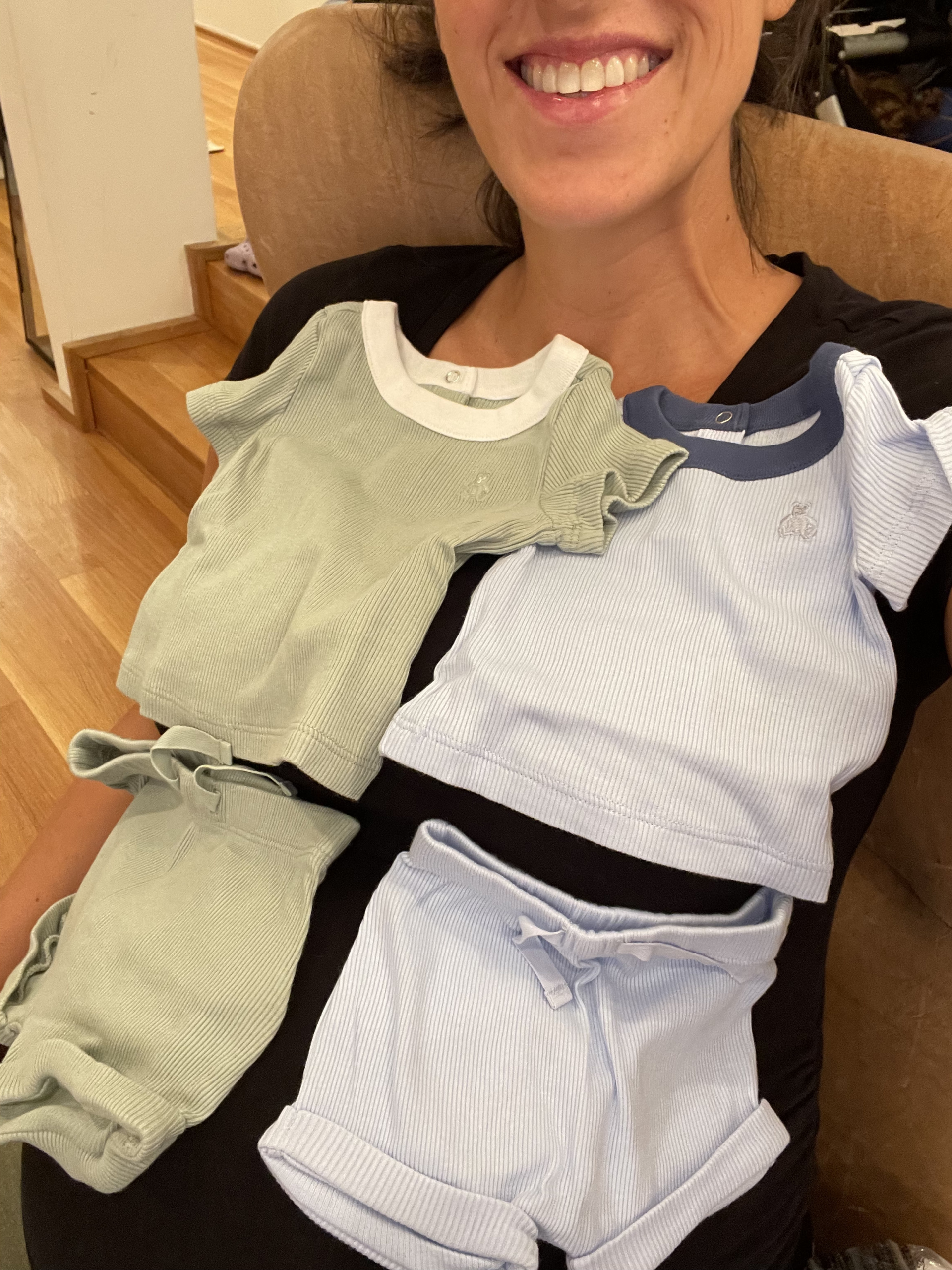 Thus, I’ve already ordered all the baby clothes, and I organized all our old baby gear (what was left of it after I gifted it all mostly to my sister!) and made a master list of what to purchase. I feel “organized,” even though there is so much to do. The next 3 weeks are going to be intense, but because of the high risk nature of this pregnancy, I don’t want to end up in a situation where I deliver early and I’m not ready (that’s my biggest fear!) 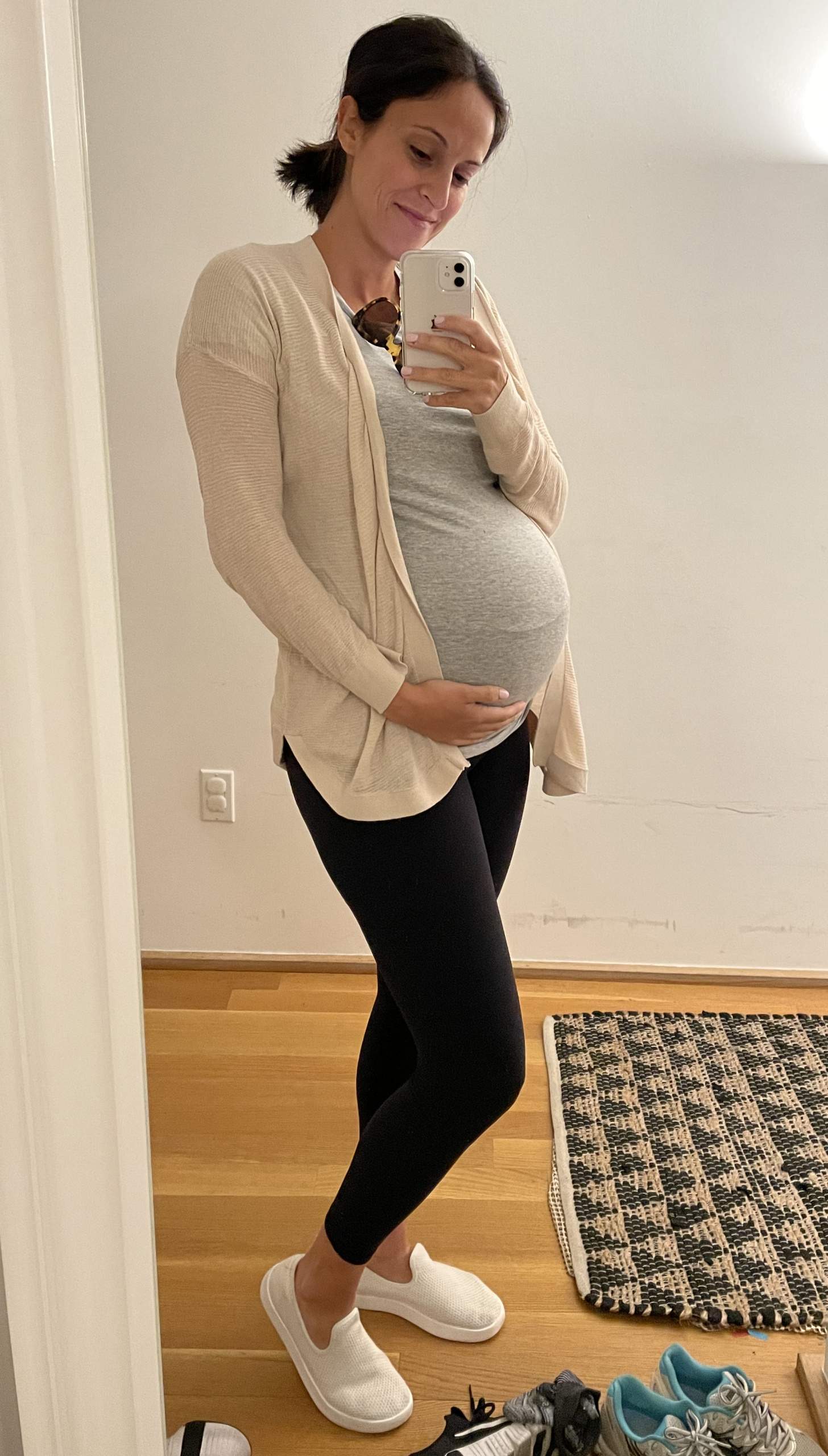 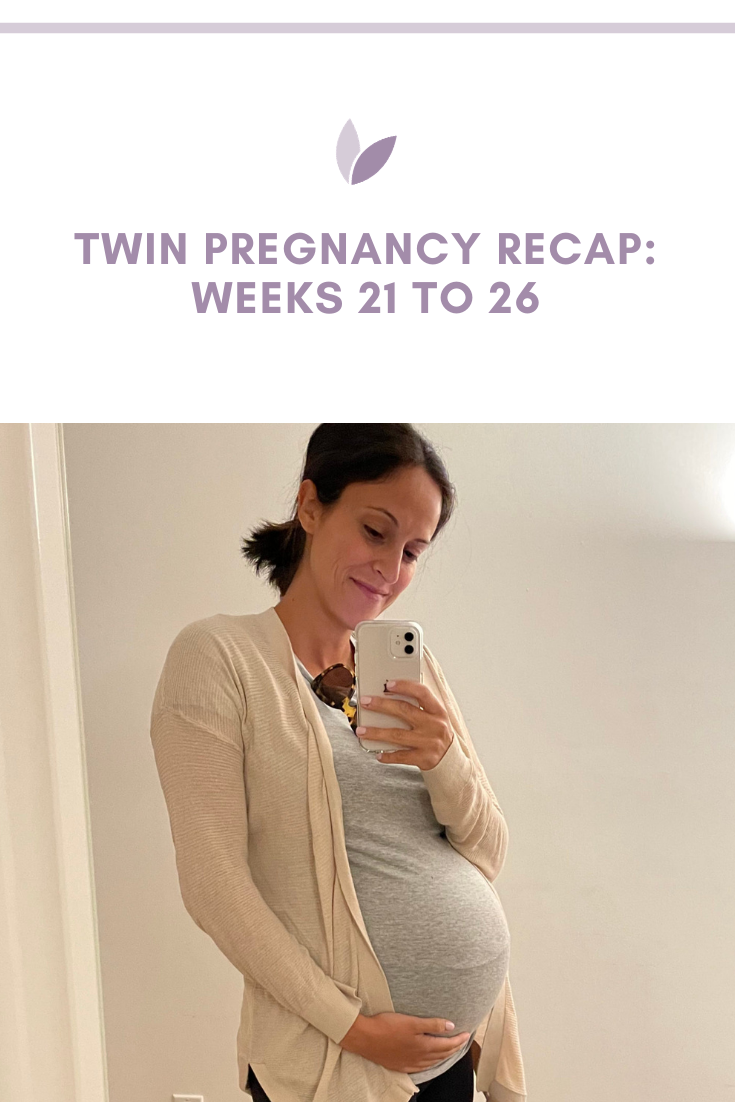 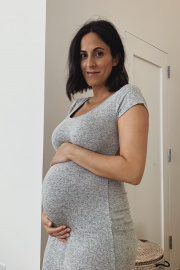