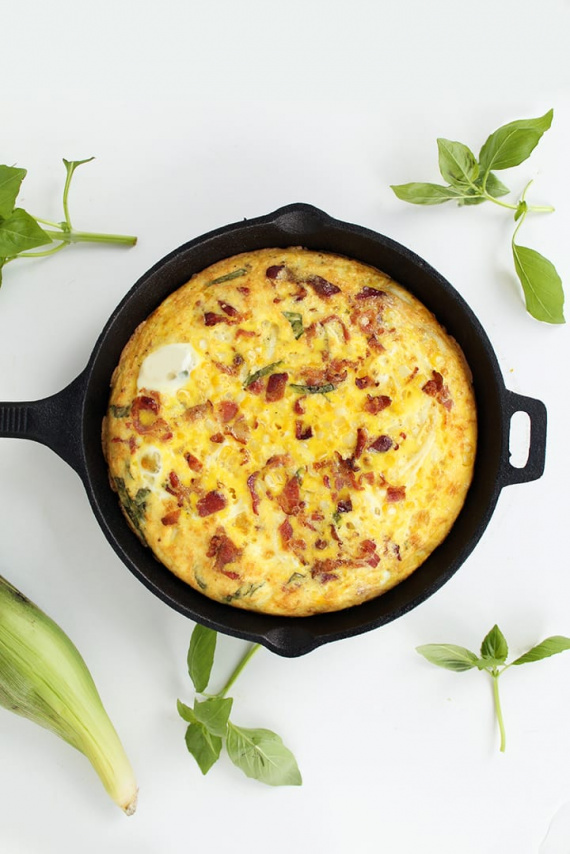 Recipe by Vegetables, Gluten Free, Breakfast, Meat & Poultry, Kohlrabi
I’ve been feverishly writing this cookbook and I almost didn’t post today, but I just had to...
jump to recipe
share this recipe 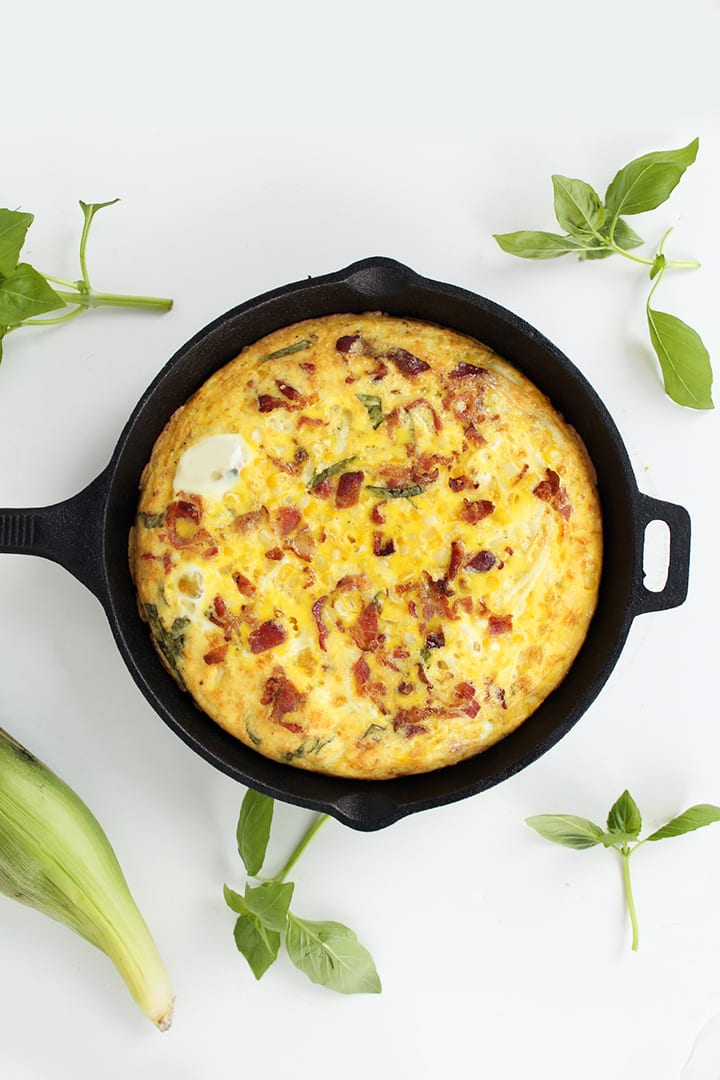 I’ve been feverishly writing this cookbook and I almost didn’t post today, but I just had to share this insanely delicious and farmer’s market fresh frittata recipe with you.

I made it this morning and I practically had to pry the skillet out of Lu’s hands because he couldn’t stop eating it – I guess that’s a good sign. Plus, he’s never had kohlrabi noodles before! 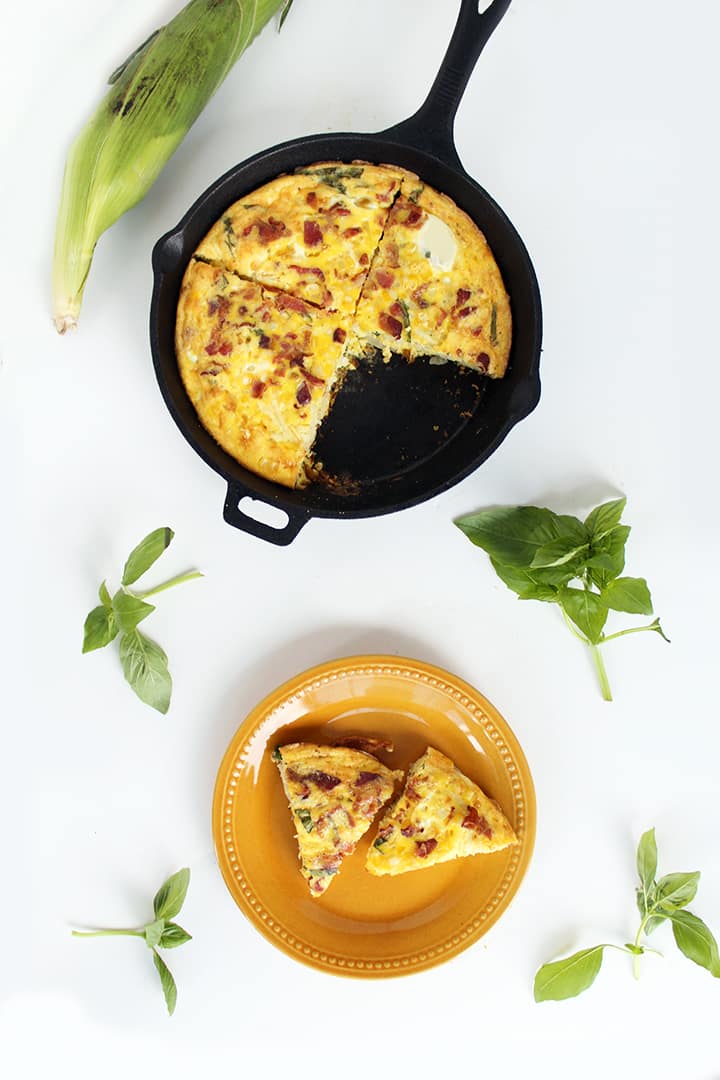 Actually, I picked up all of these ingredients at the farmer’s market on Saturday morning and had leftover Asiago cheese in the refrigerator, so I whipped this up pretty quickly!

When I went to the farmer’s market, the farmer who runs it came over to me and sweetly told me, “I was waiting for you!” because he saved me some extra large zucchinis. The zucchinis were HUGE and I’m so excited to spiralize them this week. 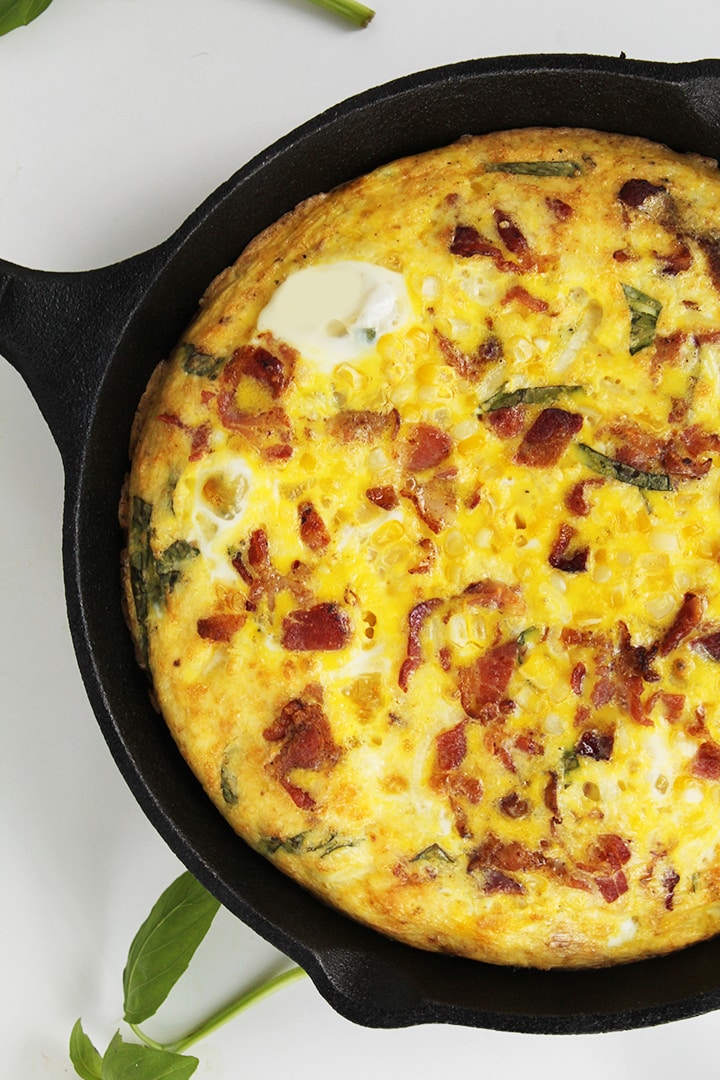 We had a great conversation – he’s even going to a Williams Sonoma spiralizer class today in Bridgewater, NJ! He’s been inspired by my blog and says it gives HIM some cooking ideas. Fancy that!

Add that to the long list of reasons why I love shopping at farmer’s markets.

The kohlrabi noodles are precooked in this recipe before being stuck in the oven to set in with the frittata, which, as Lu put it, “tastes like a potato.” Of course, kohlrabi is very low in calories and carbs, unlike a potato – count that as a win! 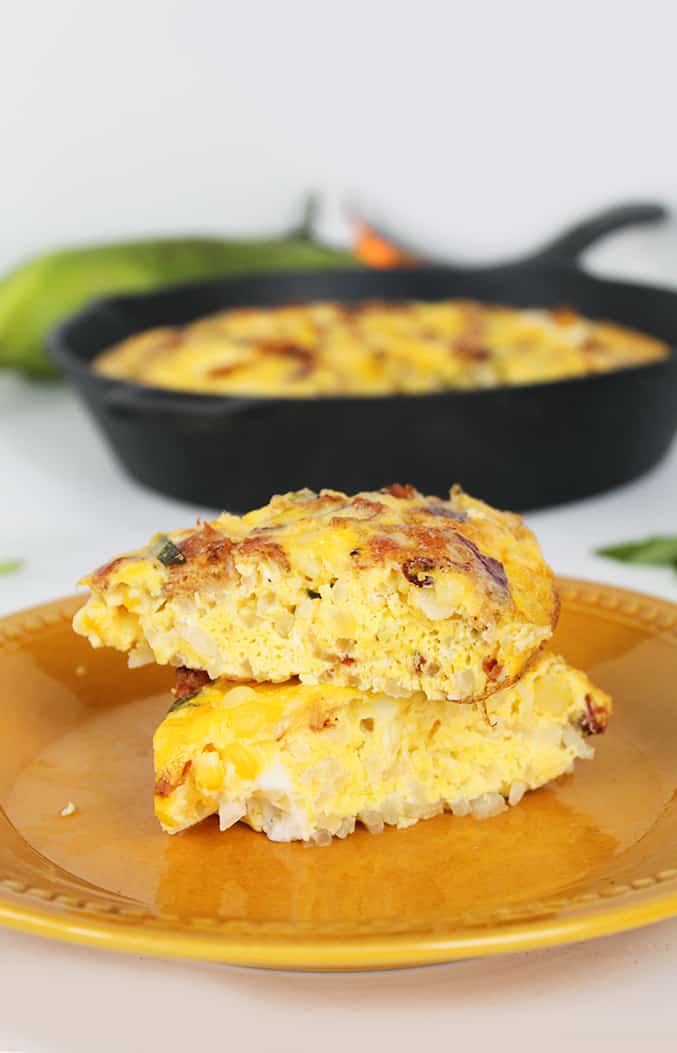 The corn and basil make this frittata fresh and summery and the Asiago cheese gives it that salty, nutty tastiness

If this frittata doesn’t make you want to spiralize a kohlrabi, check your pulse! If you can’t find any kohlrabis near you, you can substitute in potato or zucchini noodles for a similar texture and color.

Alright, off to write more of this cookbook and hopefully squeeze in some time to watch some of the World Cup final!

What do you like to add to your frittatas? 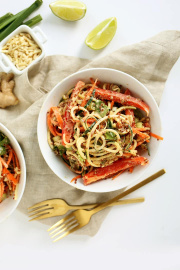