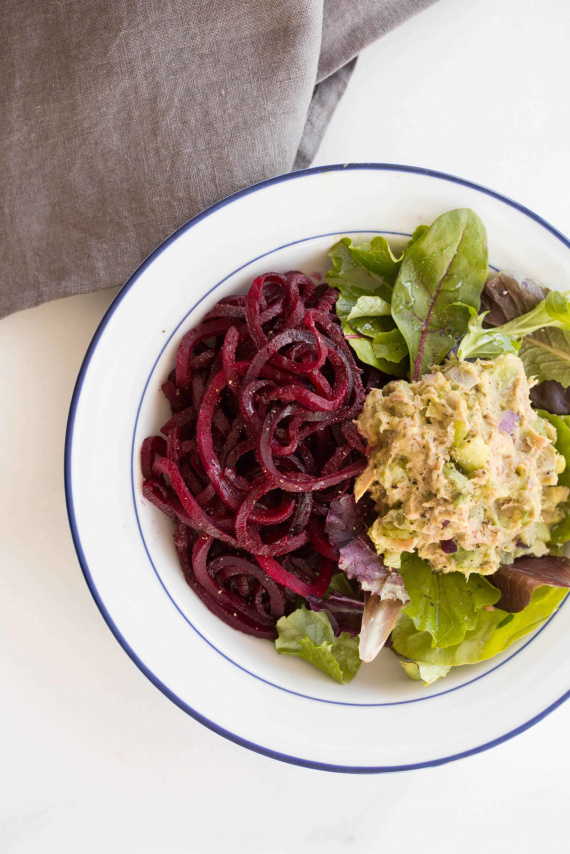 Gluten Free, Paleo, Salads, Seafood, Beet
When I started Inspiralized in June 2013, if I asked someone if they knew what...
jump to recipe
share this recipe 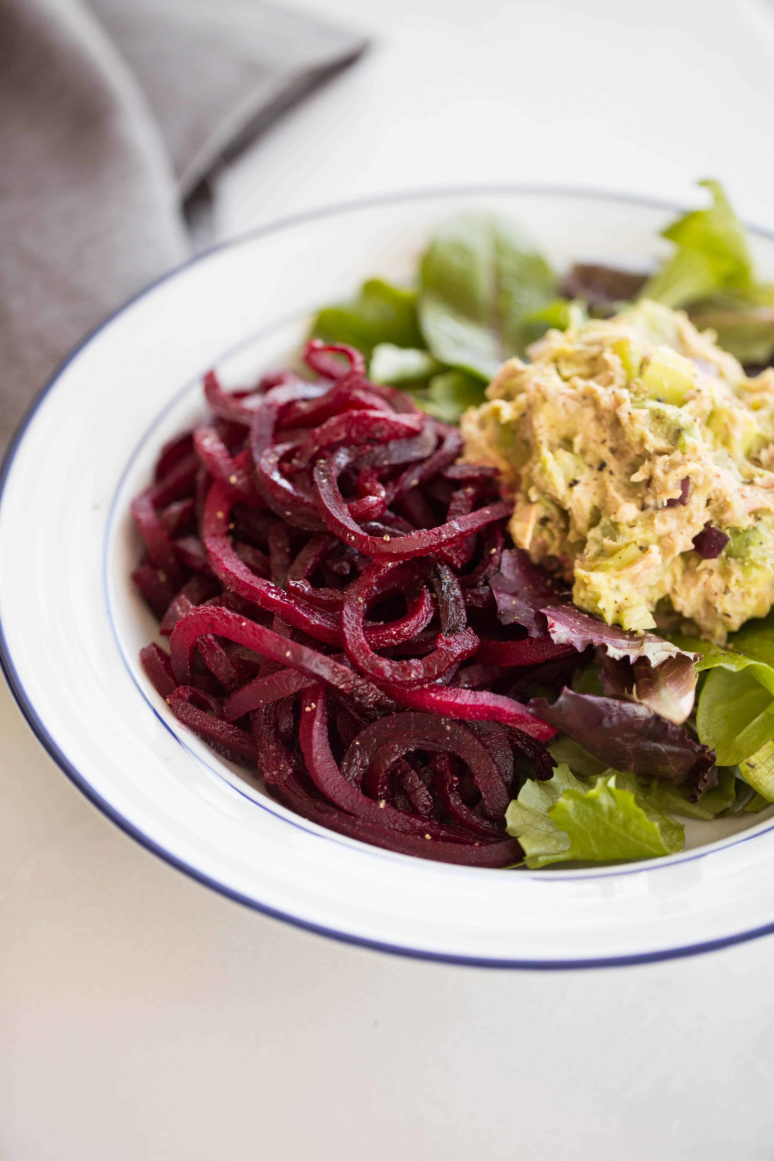 Needless to say, spiralized veggies weren’t on the map.

Now, fast forward less than five years later and here I am, happy to share that one of the most well known frozen and canned veggie brands, Green Giant, has launched a line of frozen spiralized vegetables called Veggie Spirals!

I have already been using Green Giant’s Riced Veggies product – they make a variety of riced veggies, such as Cauliflower (aka “cauliflower rice”). And who has the time to rice cauliflower? It’s such a mess! 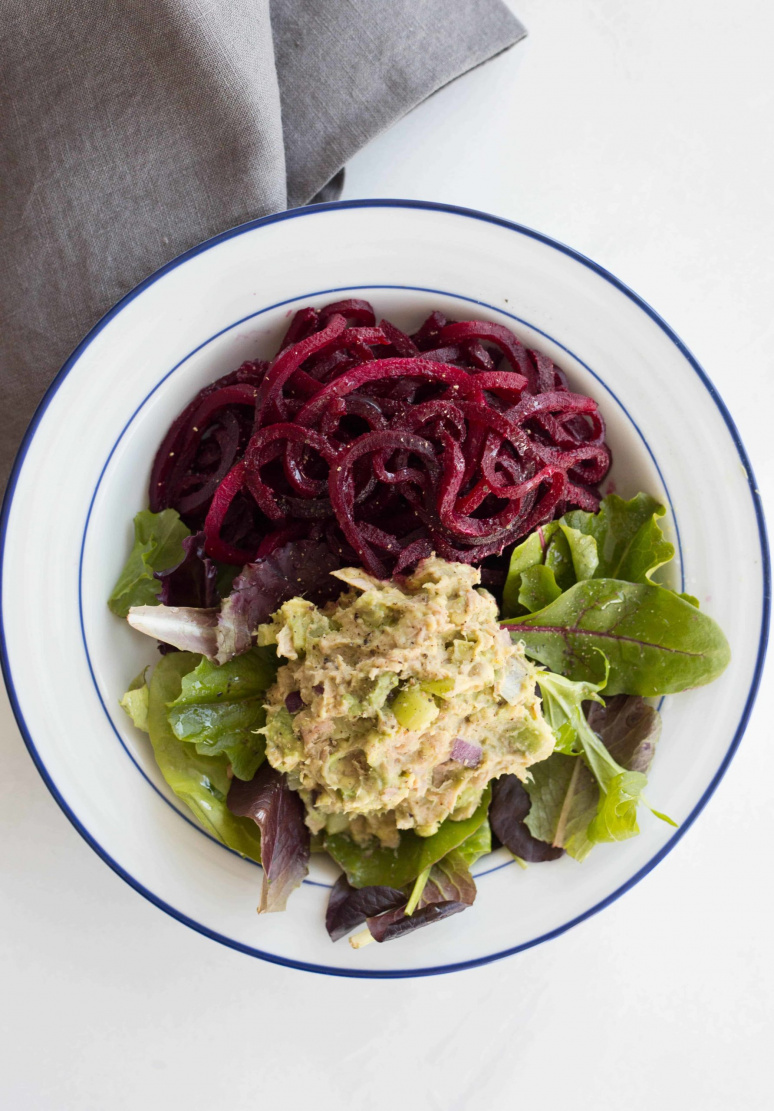 Now, you may be asking, “Why would she promote a pre-spiralized product when she sells a spiralizer?”

Well, I am especially excited to share about Green Giant’s new Veggie Spirals, because when I started Inspiralized, my “dream” was for spiralized vegetables to be part of everyone’s cooking regimen. I wanted people to be as excited about spiralizing vegetables as I was – and most importantly, I wanted everyone to cook with spiralized vegetables, so they could see how delicious healthy can taste.

And I’m realistic. More than ever, people are busy. I can attest, now as a mother, that time is precious. If you can save even 3 minutes out of your day, it’s a win! Those 3 minutes can be spent with your boyfriend, girlfriend, husband, wife, kid(s) or just on yourself. 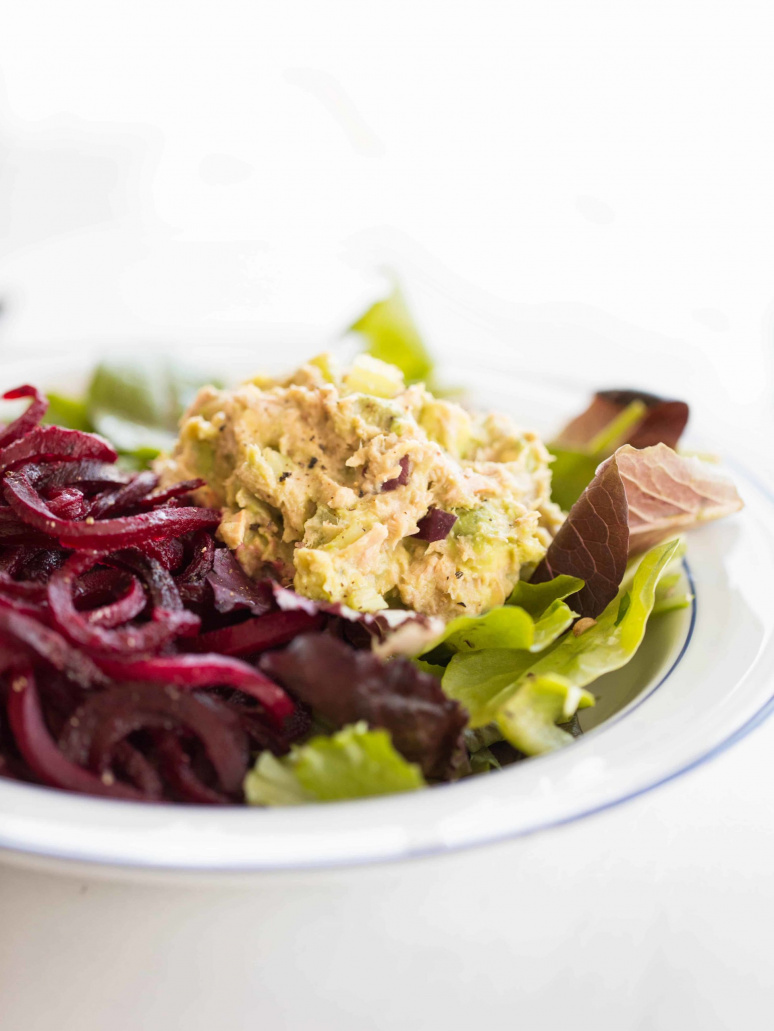 At the end of the day, if more people are cooking with spiralized vegetables, I’m happy! I want spiralizing to be accessible to everyone – and if that means they’re pre-spiralized and frozen, so be it. Plus, when you need recipe inspiration to use these frozen Veggie Spirals, you know where to come (our Recipes page or one of my two cookbooks, of course!) #shamelessplug

Now that we’ve got that out of the way, let’s get to today’s recipe, using Green Giant’s Beet Spirals! The Veggie Spirals come in four different flavors – Butternut Squash, Carrot, Zucchini, and of course, Beet. You can see me debut the products here, on Facebook! 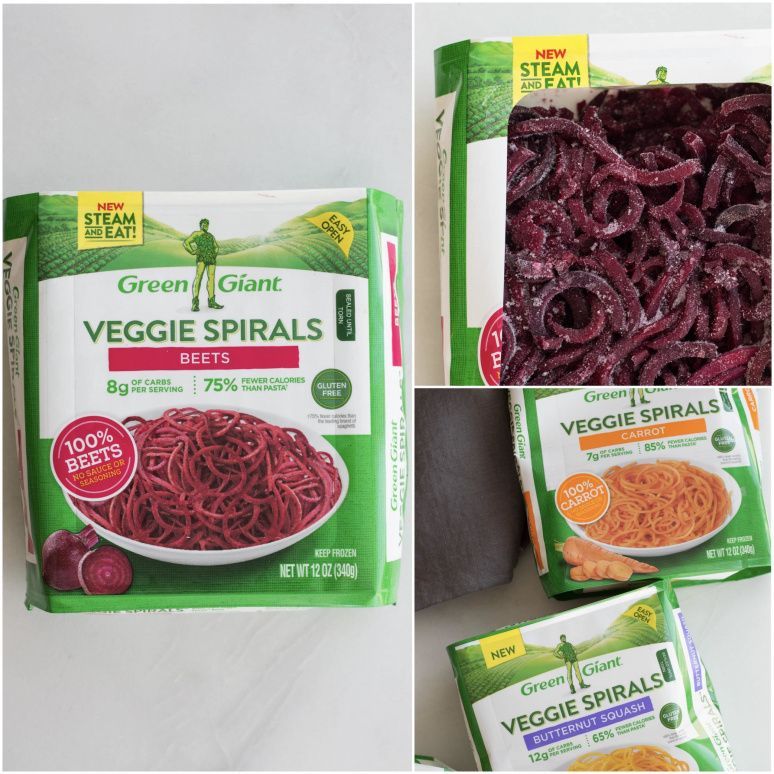 I chose to use Beet Spirals, because, personally, I dislike spiralizing beets. They’re SO messy and you really have to make sure you clean your spiralizer afterwards, so it won’t stain (see how to clean the Inspiralizer, here.) I’ll even admit this! 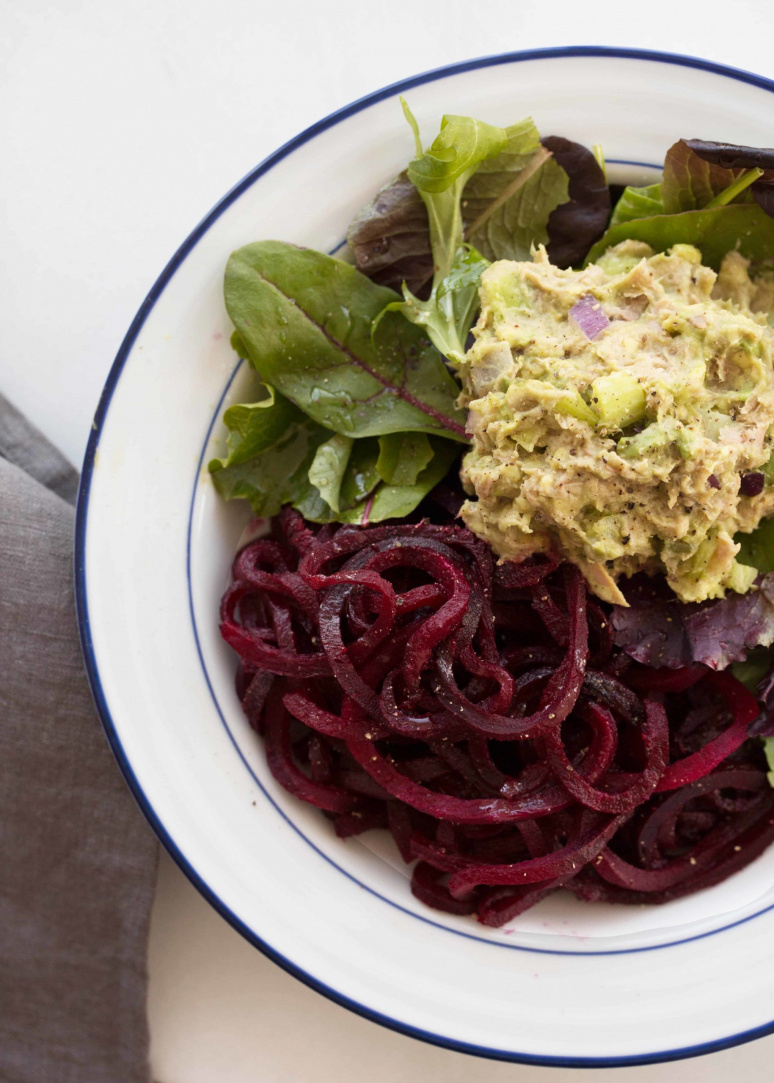 I love beet noodles best in salads, so I served the Beet Spirals with greens tossed in an easy dressing and topped it with my life-changing Avocado-Tuna salad. Seriously, if you’re someone who loves tuna, chicken, or egg salad – you’re in for a healthy treat. I swapped the mayo for mashed avocado and the consistency is just the same, the flavor’s even better, and you’re sneaking in a healthy fat into your meal!

For those Beet Spirals, I simply steamed them and let them chill in the refrigerator to enjoy them chilled in this salad. All of the Veggie Spirals taste like freshly spiralized veggies and they’re thick enough to cook easily!

What do you think? How would you use these frozen Veggie Spirals?

Note: Although this post was sponsored by GreenGiant, all opinions are my own, always. 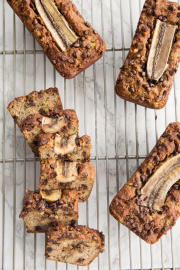