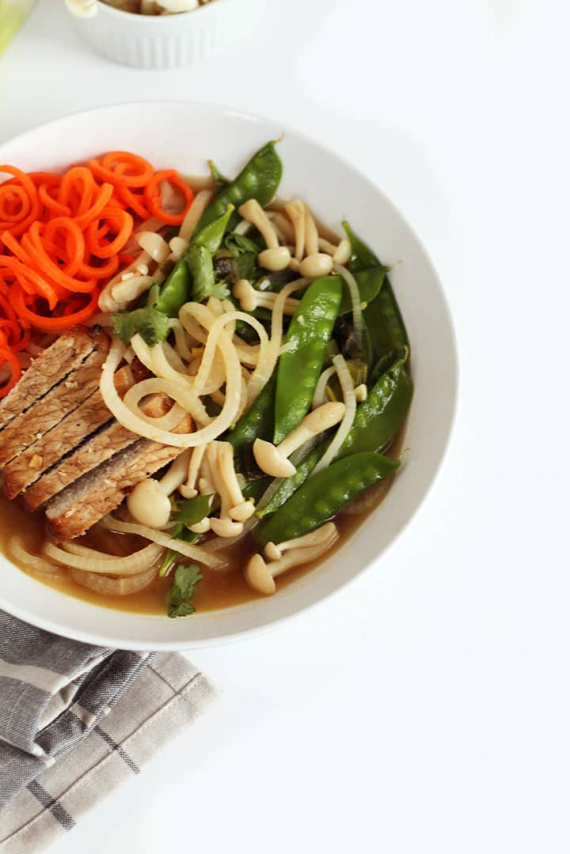 Recipe by Vegetables, Soups and Stews, Meat & Poultry, Noodles, Carrot, Turnip
Well, this recipe is somewhat embarrassing. I tested it out at night for dinner and...
jump to recipe
share this recipe 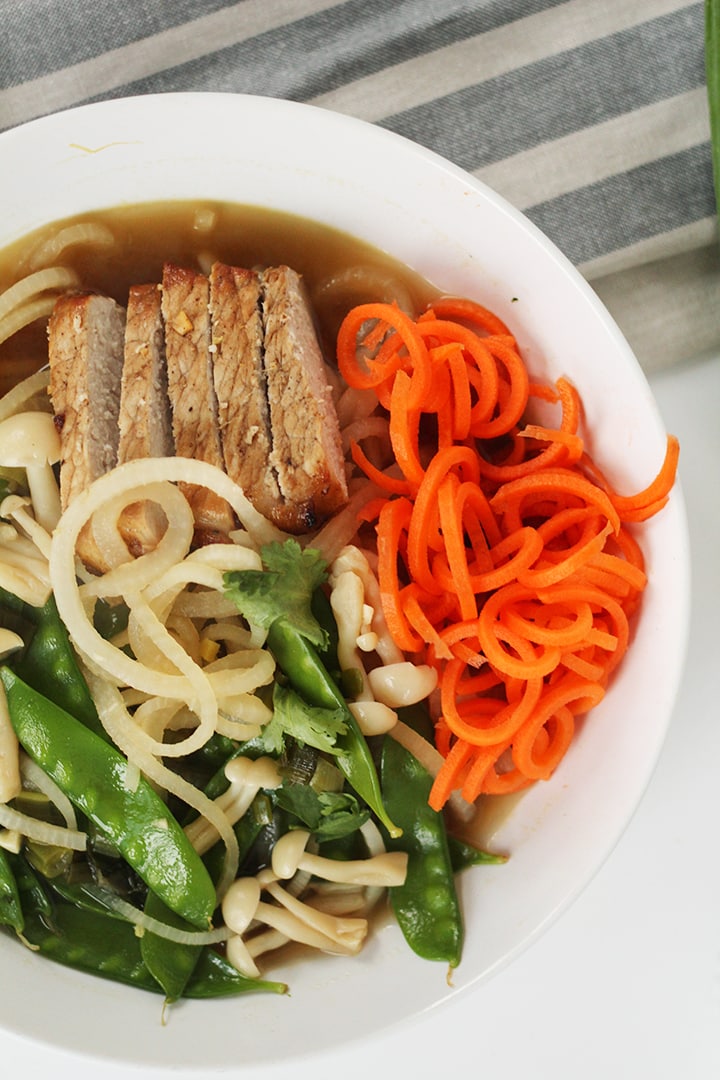 Well, this recipe is somewhat embarrassing. I tested it out at night for dinner and it worked fabulously – seriously, probably my best “ramen” yet (and I’ve made this miso mushroom zucchini noodle ramen which I’m obsessed with!)

The next morning, I went to recreate it and I realized that I had everything but the pork tenderloin, since I had used it the night before. It was too late to run out to the grocery store (girl’s been busy – stay tuned!!) and I had no backup ingredients for other recipes.

So, what did I do? Defrost some boneless pork chops I had in the freezer. 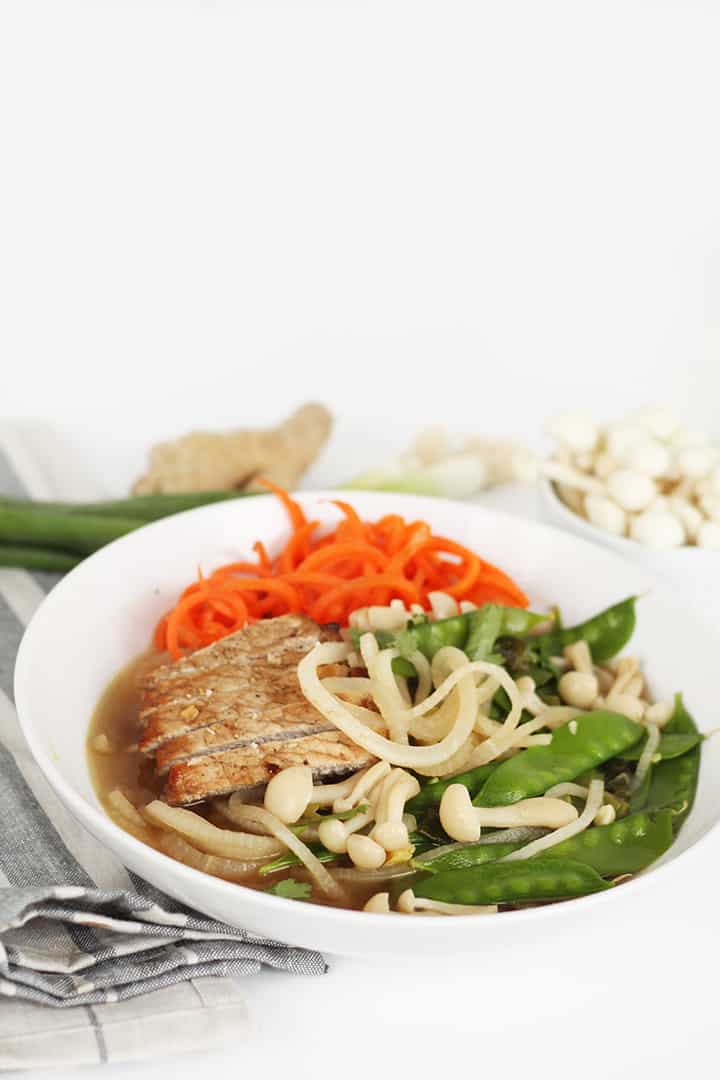 Long story short: the recipe calls for pork tenderloin (because that’s how I originally made the recipe), but you’ll see some pork chops here in the pictures.

I’m so bummed, because the BBQ pork tenderloin is so much more moist and absorbed the marinade much more beautifully, but, heck, beggars can’t be choosers – and the most important part is the recipe, which is flawless! 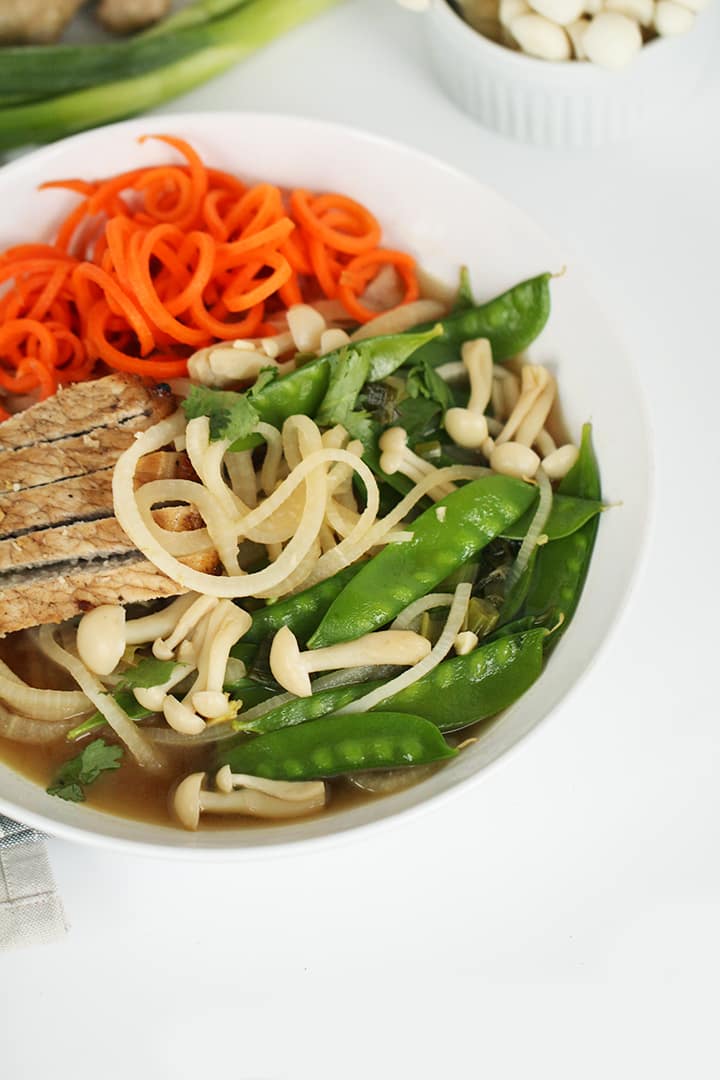 Speaking of flawless (this is a forced segue), I saw Aladdin last night with my mother and my sister. My mother is home for the week (up from Florida, where she stays December – March with my dad), and we decided to go to a show.

I don’t know if I’d recommend Aladdin if you’re not into Disney movies, because it’s very Disney-esque BUT I will say, the genie put on an incredible performance, as did the evil sultan’s henchman (he was seriously the funniest actor I’ve ever seen!) 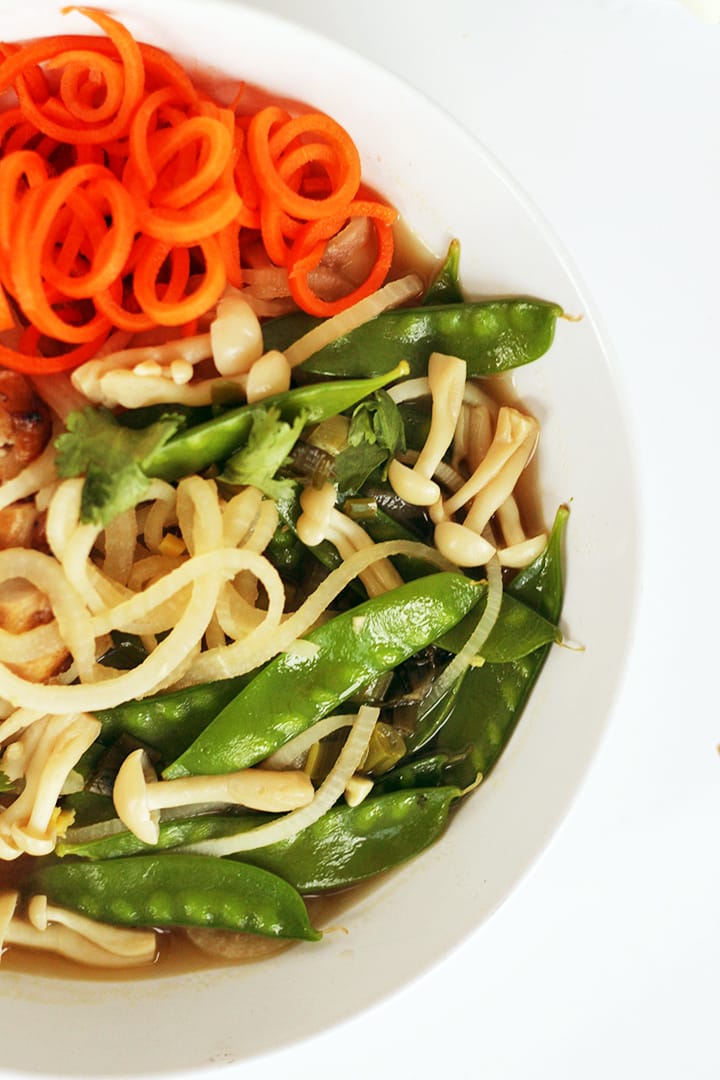 The set design was beautiful, the wardrobe was exotically stunning and the music was, well, perfect – keep in mind, I’m a big Disney movie fan (I blame it on being born in 1987 and grew up watching all the classics – on VHS.)

Back to my “flawless” comment – princess Jasmine had a gorgeous voice and her face was amazing – she really looked like a princess, it was incredible! 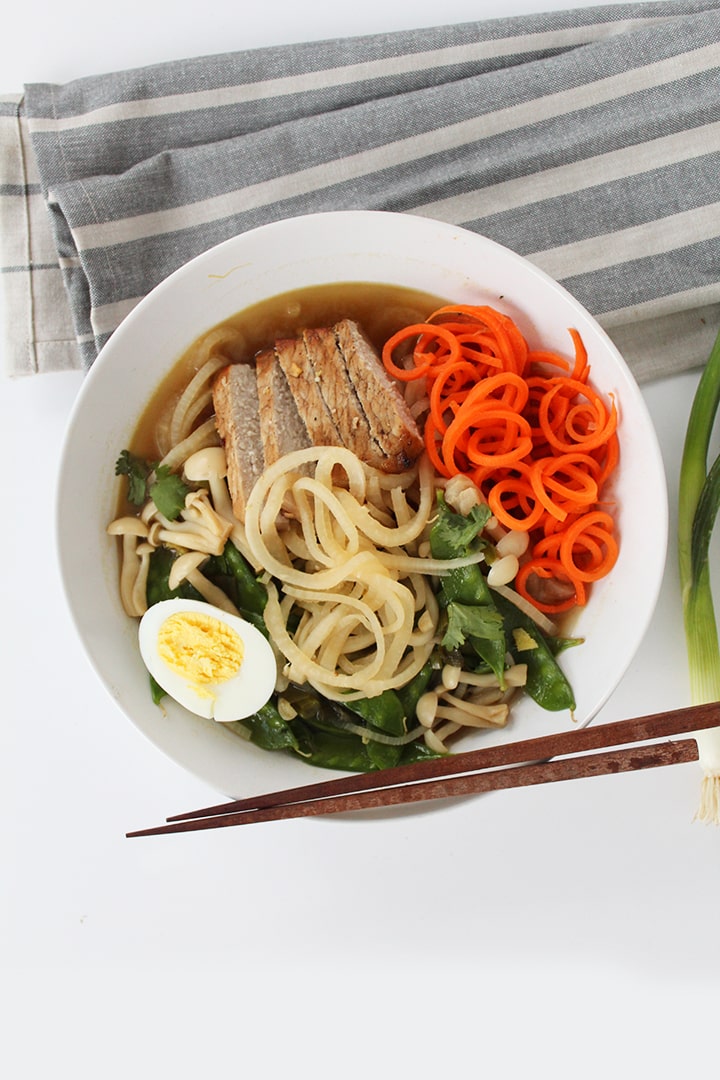 Anyway, let’s get to the ramen: the BBQ pork steals the show, because of its marinade: it’s crucial that you give the meat at least 2 hours to soak in the marinade and if you have the time, soak it overnight.

The turnip noodles absorb the flavors of the simple broth (just chicken stock + soy sauce + flavorings from scallions, garlic and ginger) while the snap peas and mushrooms give it a bit more oomph. This bowl of ramen is fun to eat, filling and won’t leave you feeling like you do when you drag yourself out of a Japanese restaurant, after a huge bowl of it. 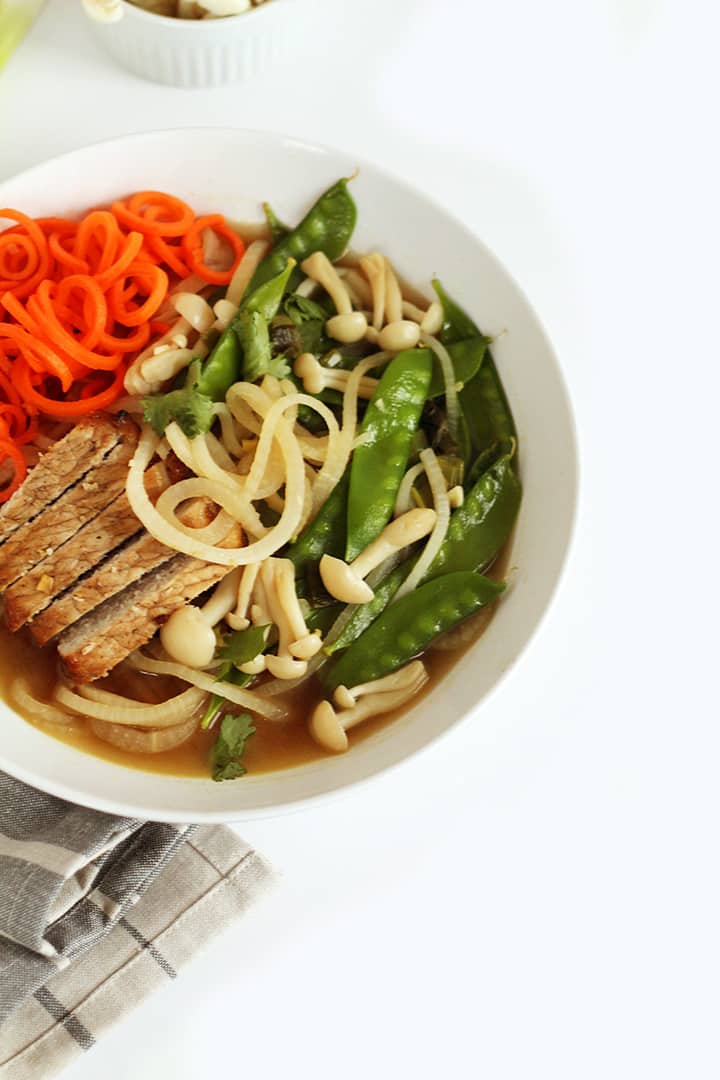 I call this “ramen” basically because it’s traditionally a type of noodle that’s served in a meat or fish broth with soy sauce or miso paste. So, the broth is ramen-esque, but the noodles are of course, spiralized vegetables instead of its carb-laden original.

Feel free to add any other toppings to this, as there’s no right or wrong way to build your ramen noodle bowl – try seaweed, corn, bok choy or even spinach!

What’s your favorite type of ramen? 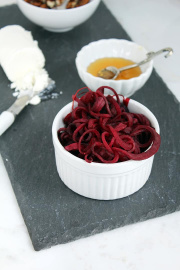