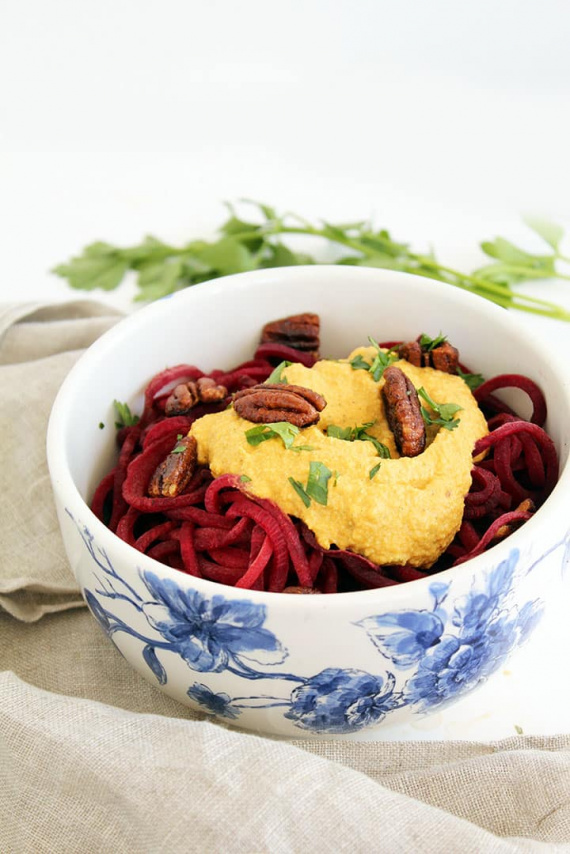 Recipe by Vegetables, Gluten Free, Paleo, Vegan, Vegetarian, Pasta, Beet
My spiced pecans are making a comeback! If you remember, I made a pear noodle...
jump to recipe
share this recipe 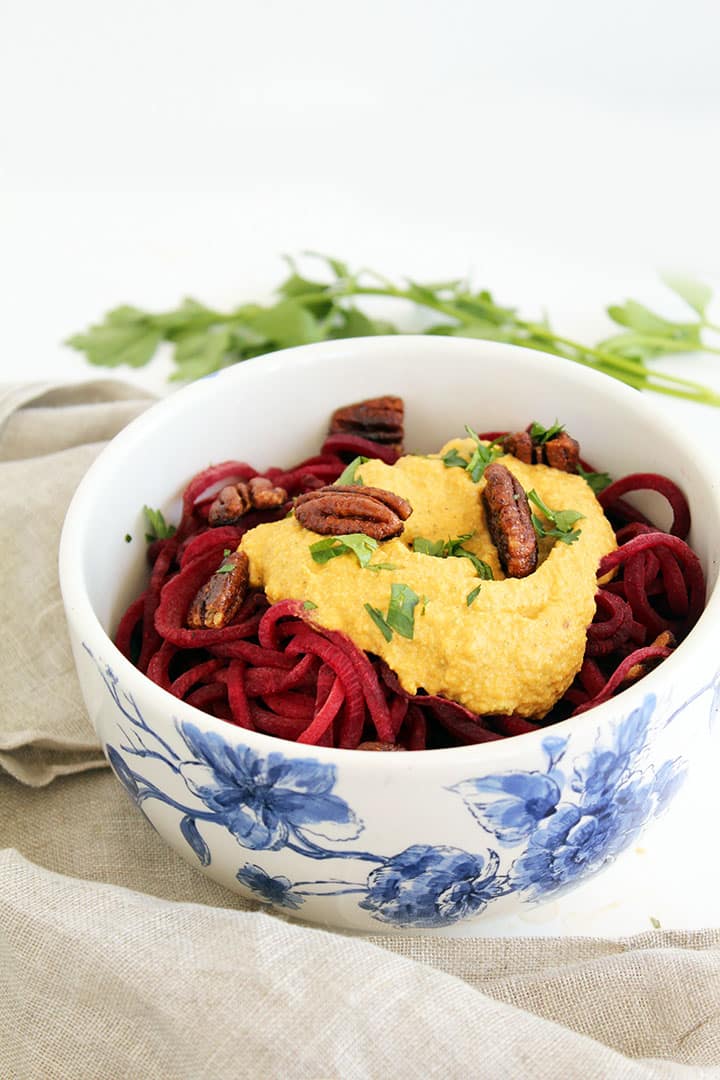 My favorite part of that salad are the crunchy pecans. So, I thought – why not use them in a pasta dish? 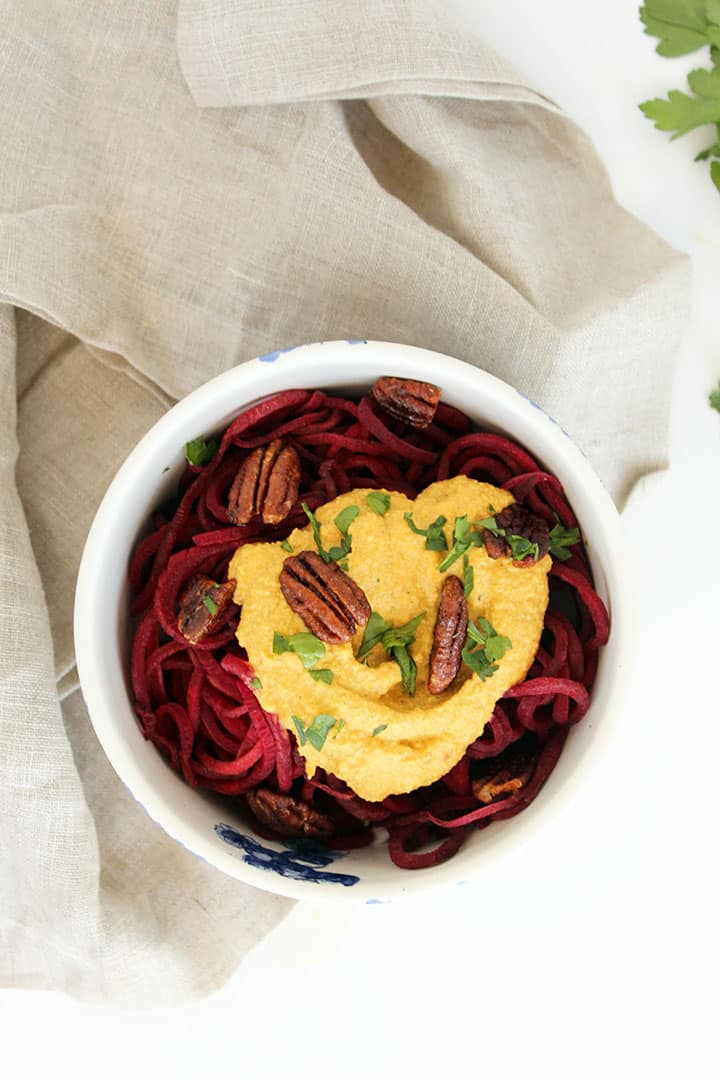 Last night, I went to a restaurant in the city and ate way too much food that I knew had a lot of butter on it. The butter taste is so distinct, you almost have to shrug your shoulders when you take a bite – you know you’re eating a stick of butter. But it makes the food taste so good!

This vegan pumpkin alfredo tastes like it’s made with the “bad” stuff – cream, butter and Parmesan cheese. The nutritional yeast flakes add a velvety cheesiness, while the slight pumpkin flavor creates a warm, deep flavor that brings out the sweetness in the pecans and beets. 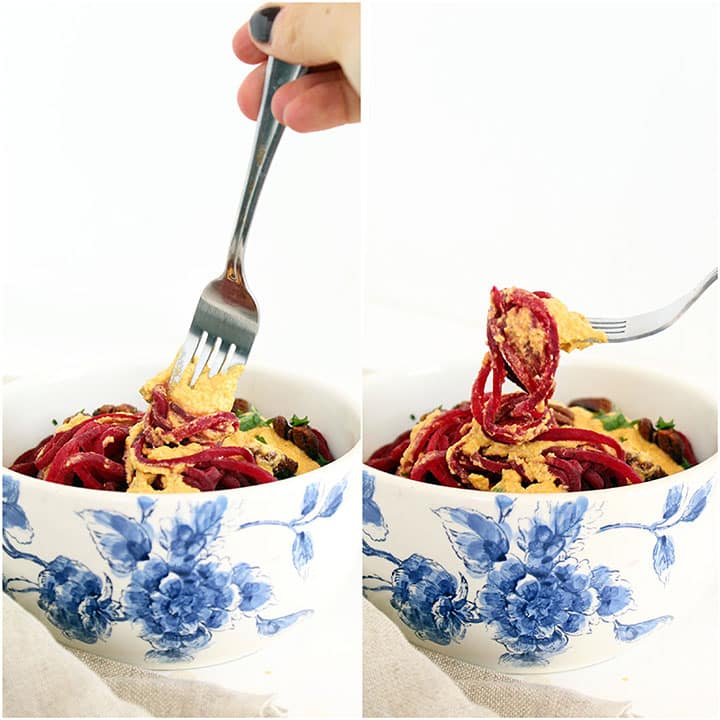 Not only is this dish healthy – it’s colorful! The red color in the beets doesn’t bleed as much once the beets are roasted.

Actually, I get a lot of questions from readers saying, “I’m afraid to spiralize beets – will it stain my spiralizer?!” First off, it definitely will not – just make sure you immediately wash the spiralizer after using it with beets. 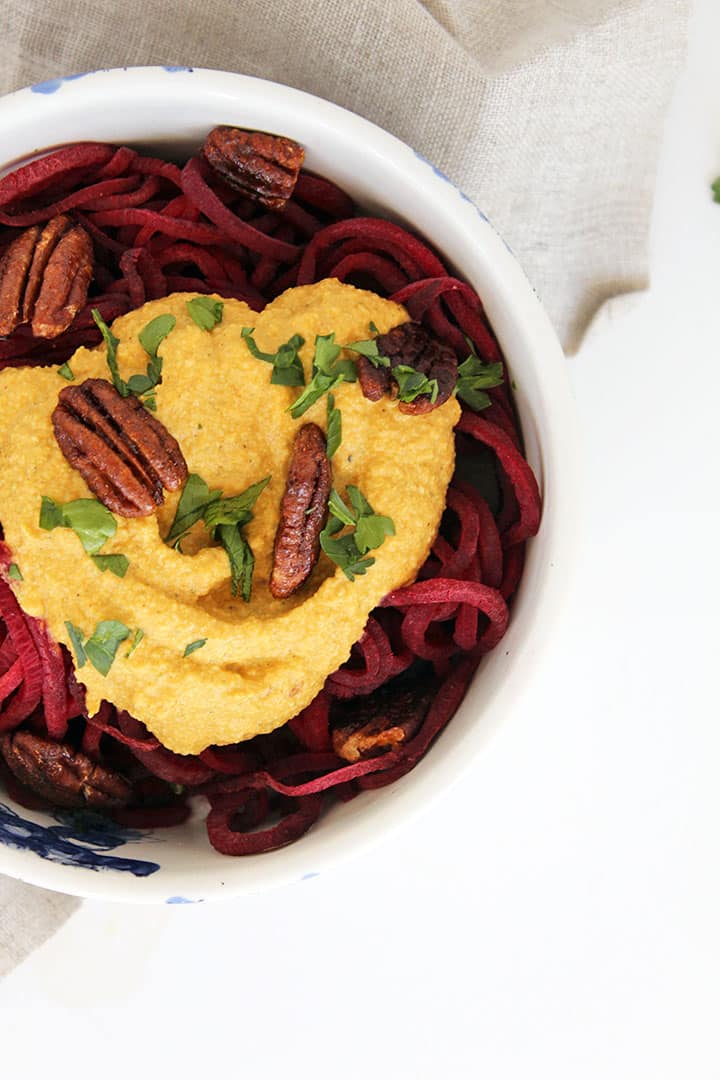 Also, do you not wear a new pair of shoes outside because you’re afraid you’ll dirty them? The spiralizer is meant to be used to make noodles out of veggies, so don’t be afraid! Beets are one of my favorite types of veggie noodles – definitely top 3!

My top 3 favorite veggies to spiralize:

What are your favorite veggies to spiralize? 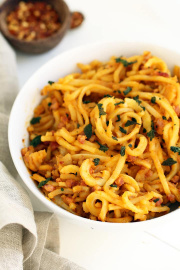