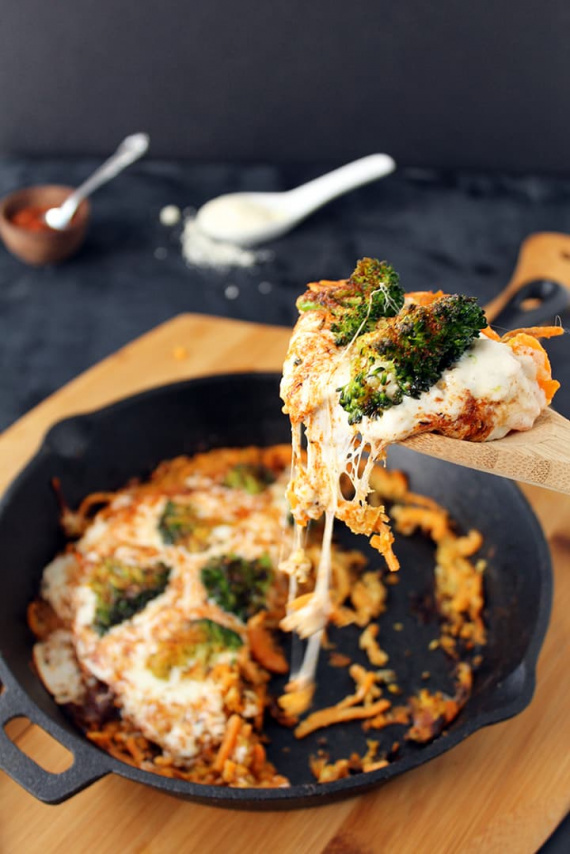 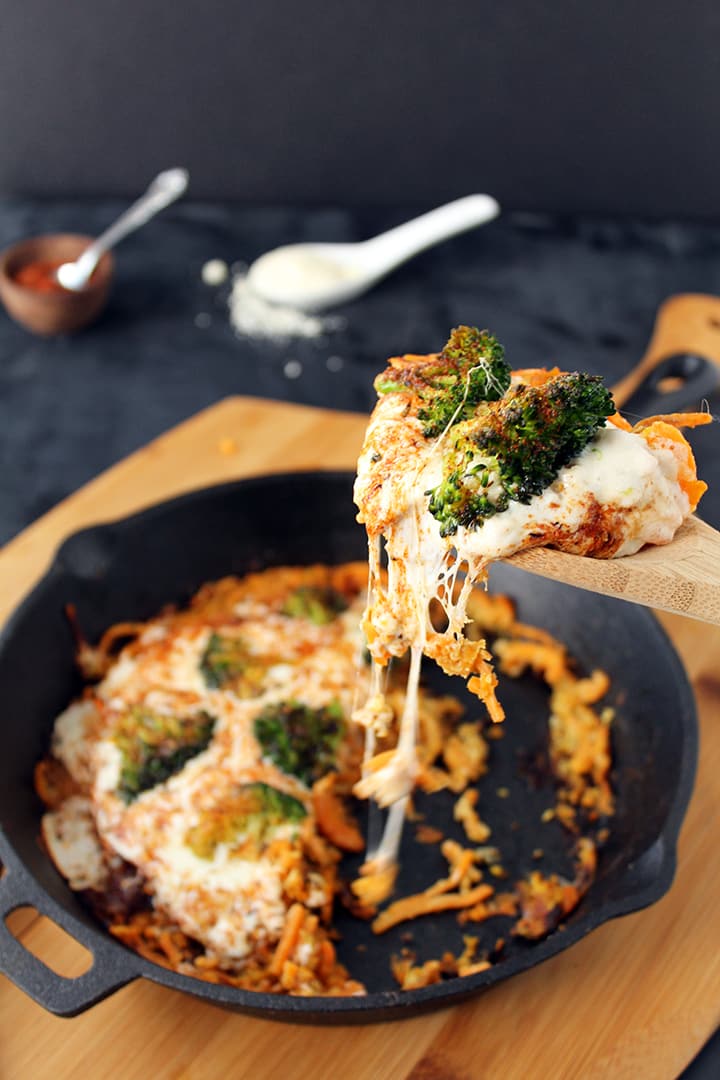 I know, I know – it’s Sunday and we’re trying to plan for a healthy week ahead and I’m presenting you with a pizza. But you know what? This pizza is made with just 5 ingredients plus 3 seasonings. It’s a “whole foods” kind of pizza. 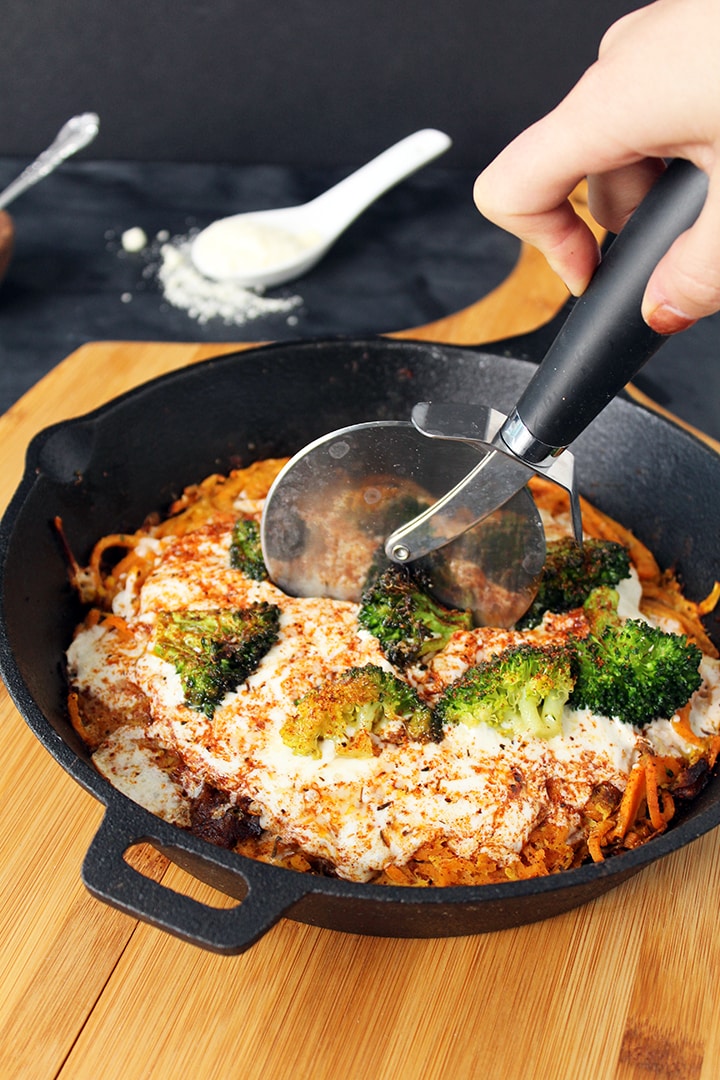 Last summer, I posted up a recipe for pizza. If you missed it, here it is with sweet potato noodles and white potato noodles. I think it beats the cauliflower crust, hands down.

This time, I experimented a bit and made one version with sweet potato noodles as more of a “pizza skillet bake.” You can still slice this one into pieces, but it’s more enjoyable if you cut portions out and accept the fact that it’s a bit messier, like a casserole. But gosh, is it delightful. 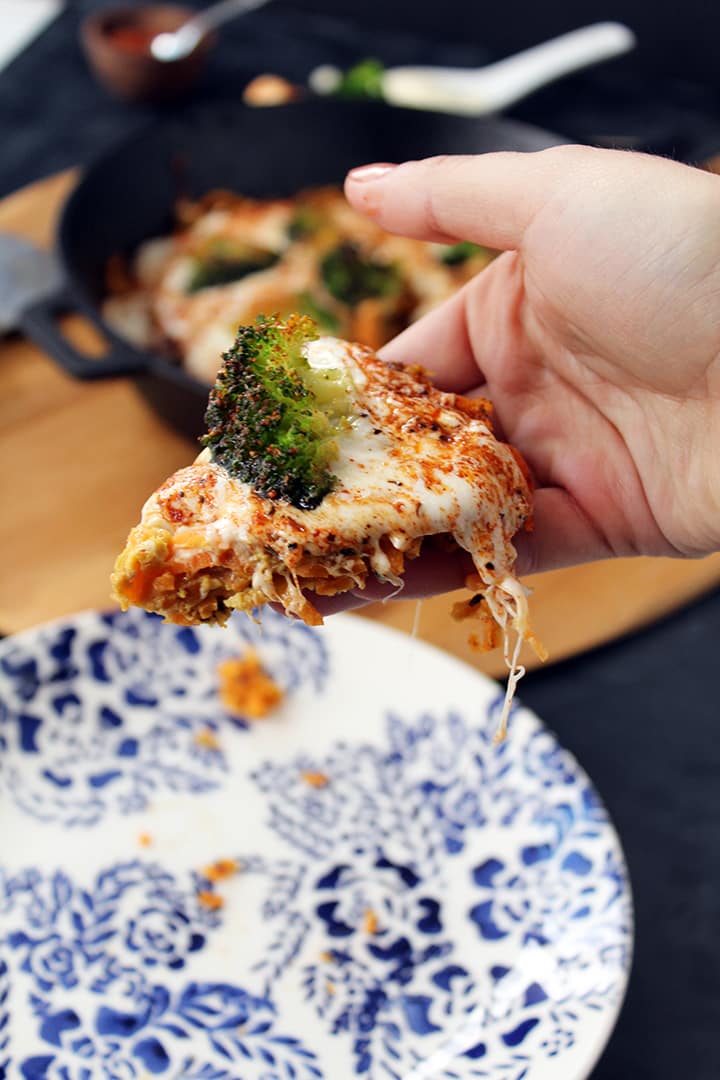 This pizza has everything – spicy Cajun flavors, crunchy broccoli and of course, melted mozzarella cheese.

The process is pretty simple. You cook the sweet potato noodles in a skillet, with garlic powder and salt and pepper. 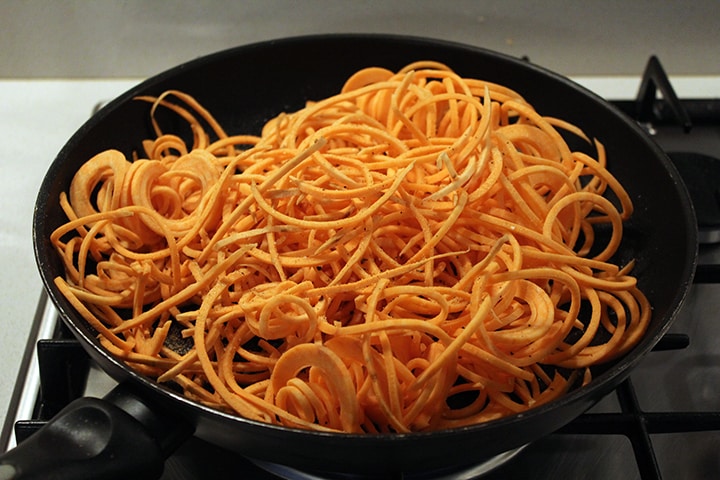 Then, you add the cooked noodles into a bowl with the eggs. 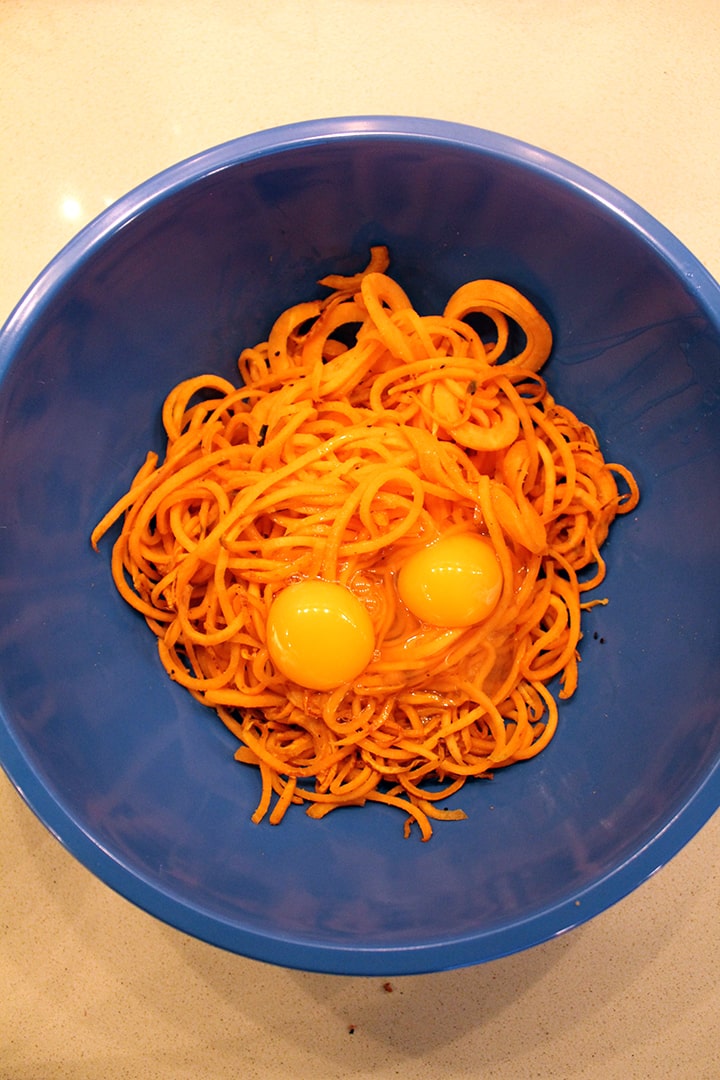 Then, you toss to combine and coat the noodles with the egg. 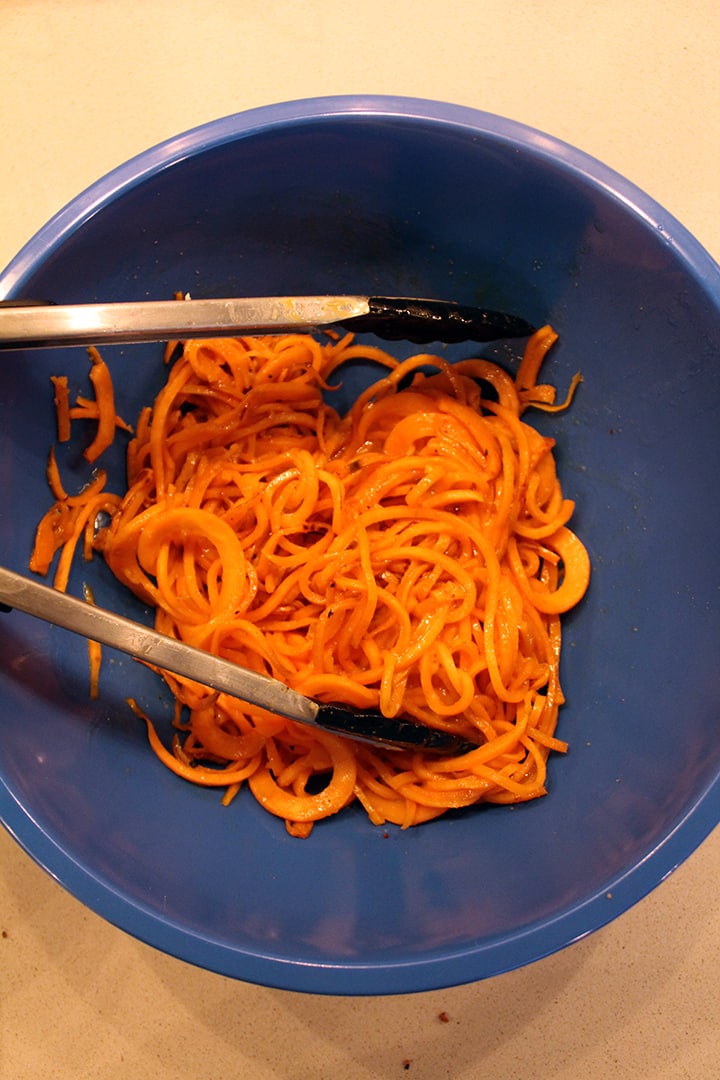 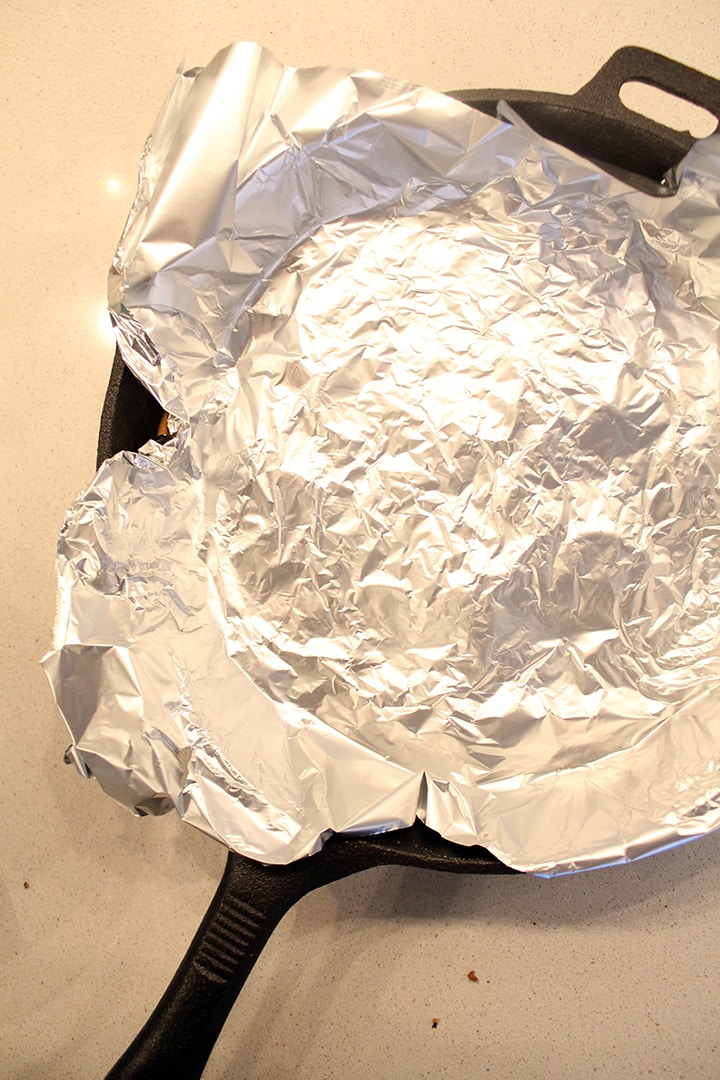 And then, voila – a skillet pizza! 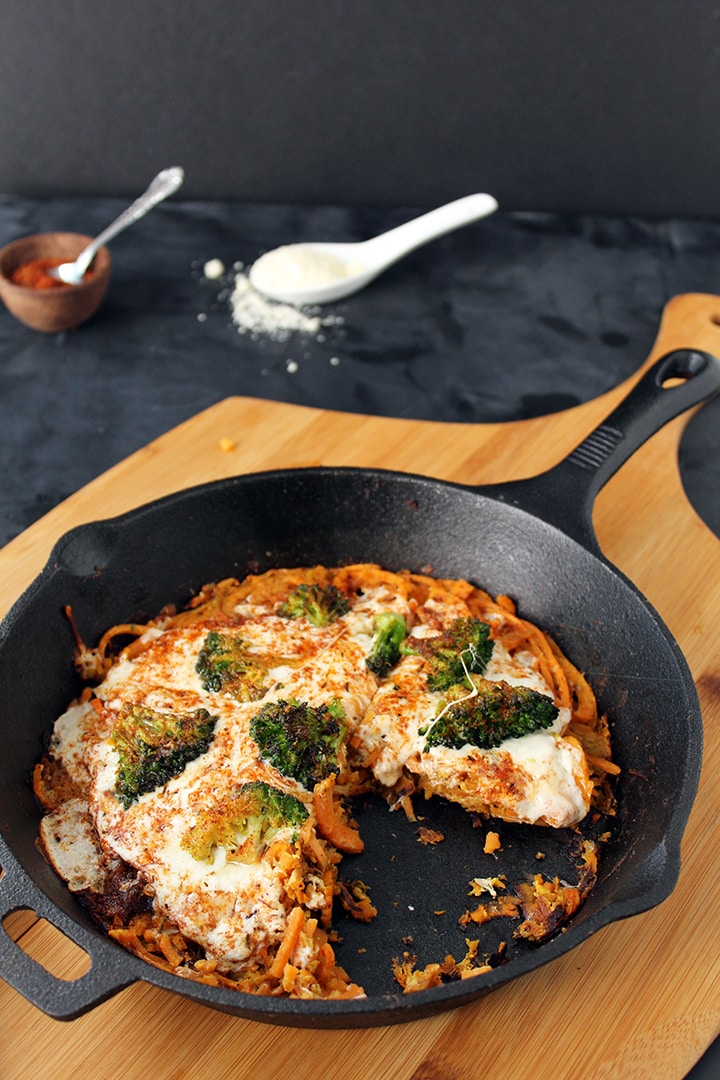 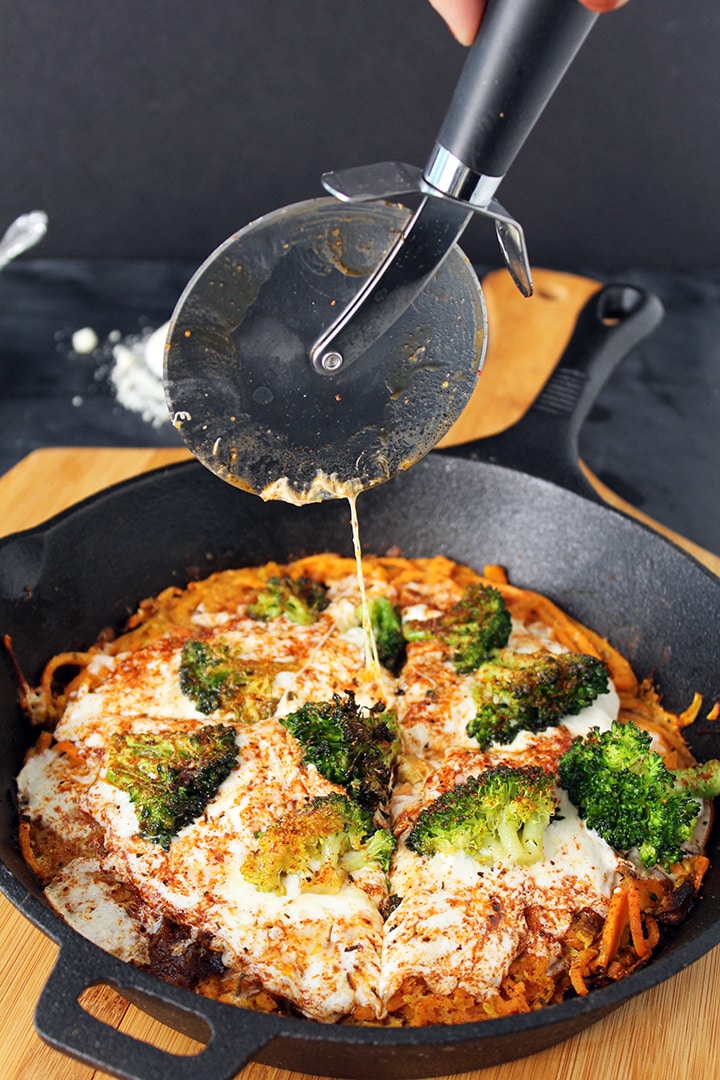 Here’s the recipe for this one: 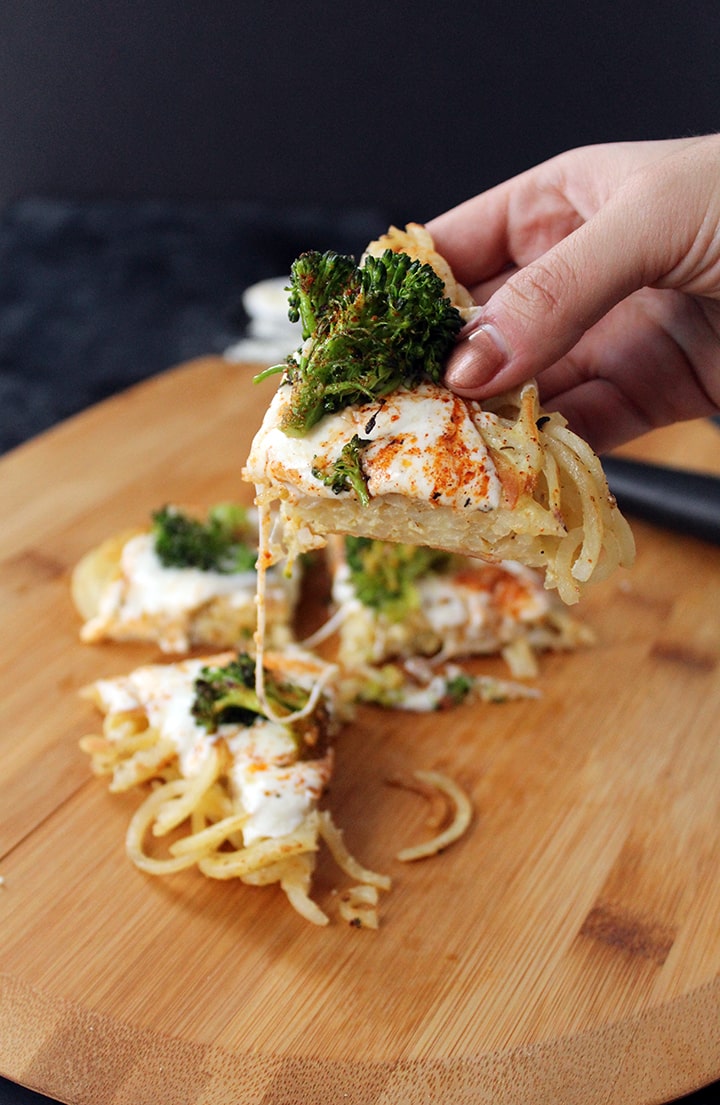 Now, if you want something a bit less messy and more personal, this next version of the cajun broccoli pizza is for you. I love personal pizzas – for some reason, because they’re labeled “personal,” I feel like it’s a-okay to devour the whole thing. 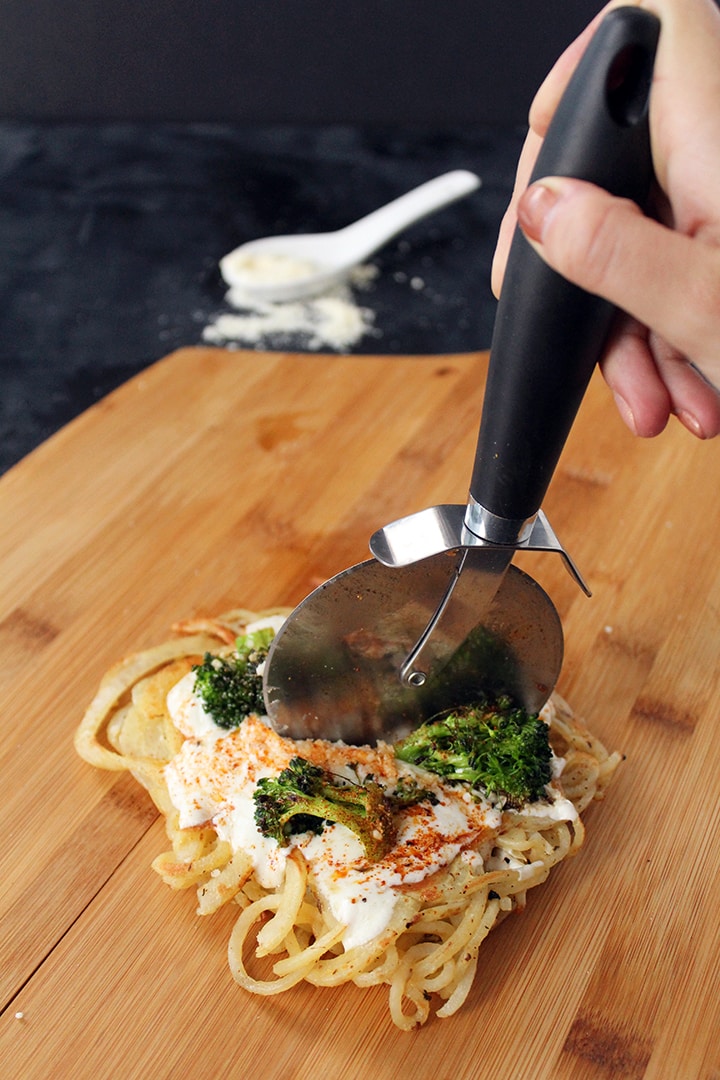 In this case, you can feel okay eating the whole pizza – it’s an 8″ pie that’s made with 1 potato. Basically, you’re eating broccoli, cheese and potatoes.

The key here is to mold the pizza while it sits in the skillet to get a proper shape. 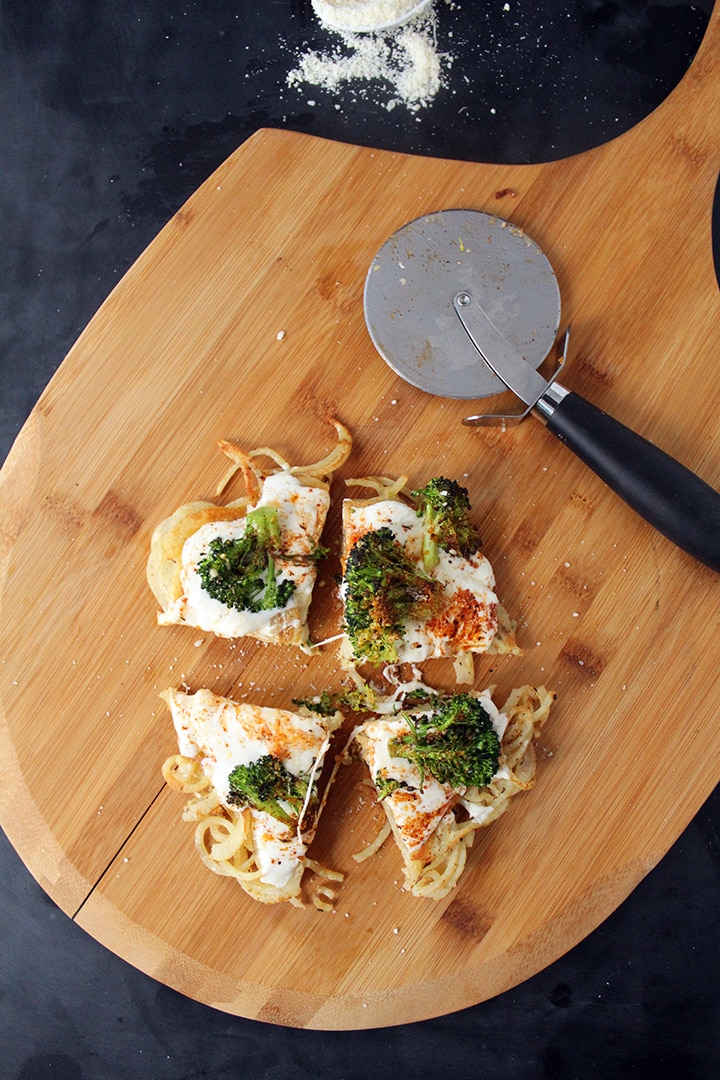 The process is the same as the first recipe. First, you cook your noodles in a skillet and then put them in a bowl with the eggs. After that, you pack the noodles into an 8″ bowl or skillet. Then, you place a piece of aluminum foil or wax paper over the bowl/skillet and press to combine.

Once the potatoes fall into the skillet, immediately bring a spatula to the sides to press the noodles in to create more of a circular shape. 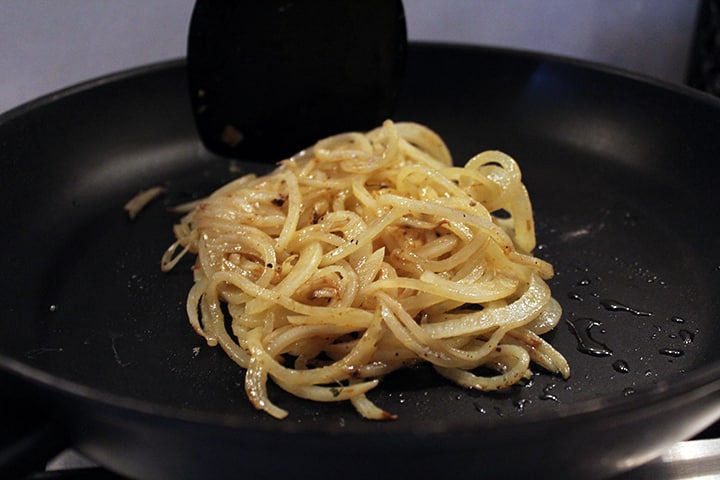 Let the potato noodles cook for 3-4 minutes and then flip over carefully with a large spatula. 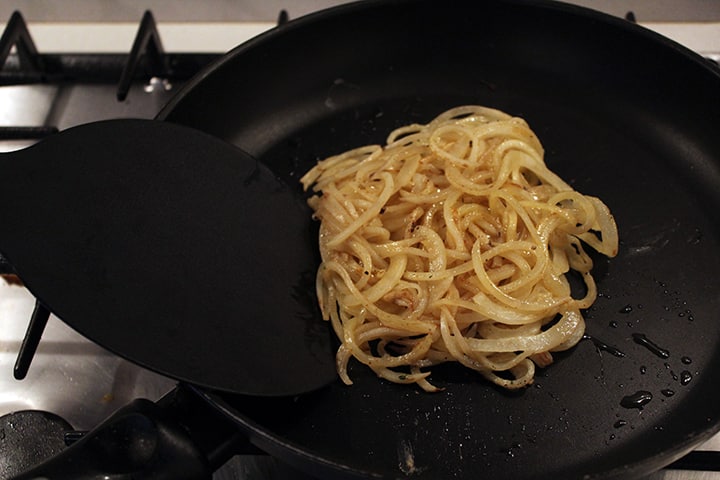 After you flip, press a spatula on top of the pancake to compress it down. Then, take a scissor to cut off any straggling potato noodles. 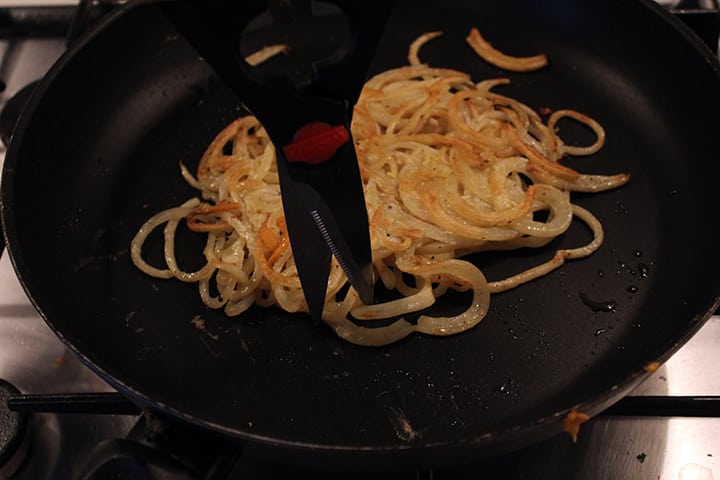 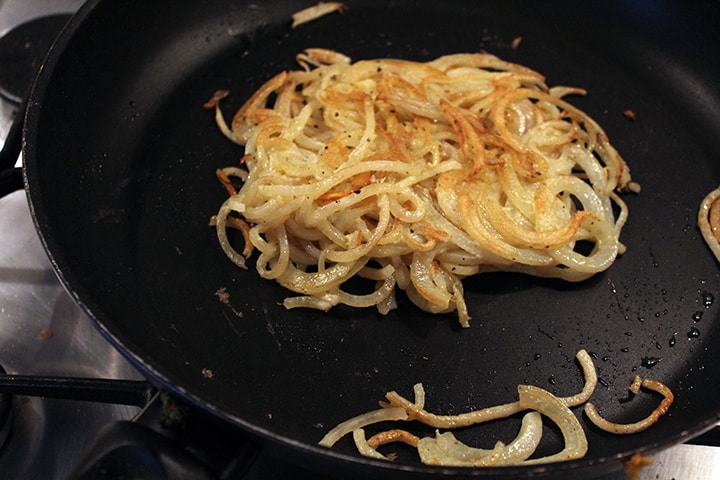 After letting the pancake cook for a few more minutes, you place all the toppings on top of the pizza (leaving room on the edges for the “crust”) and place it in the oven to broil for a few moments or until the cheese fully melts. 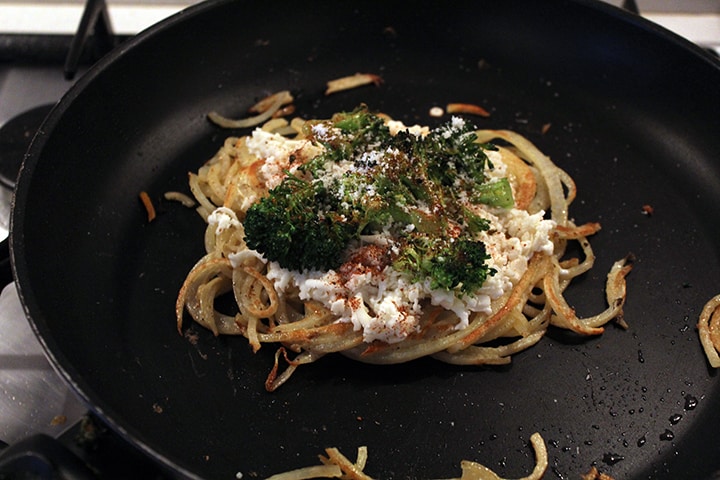 And like before, voila – a personal pizza… ALL for you! 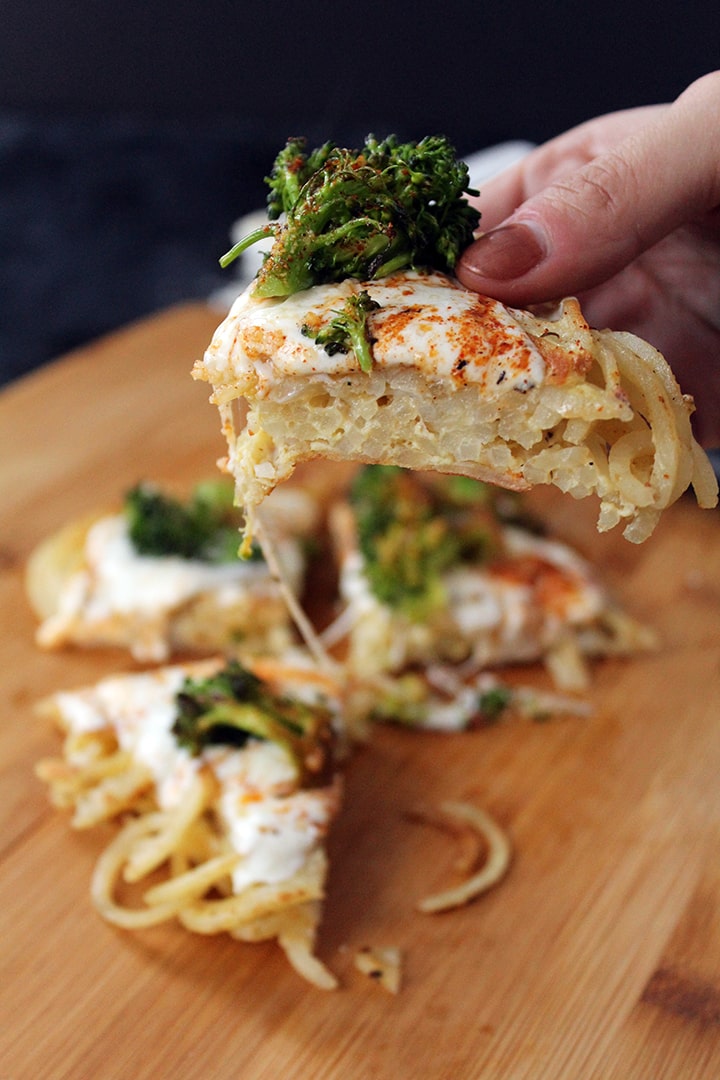 Here’s the recipe for this one:

So what do you think? Which recipe do you prefer?

Here are some more glamour shots to help make up your mind: 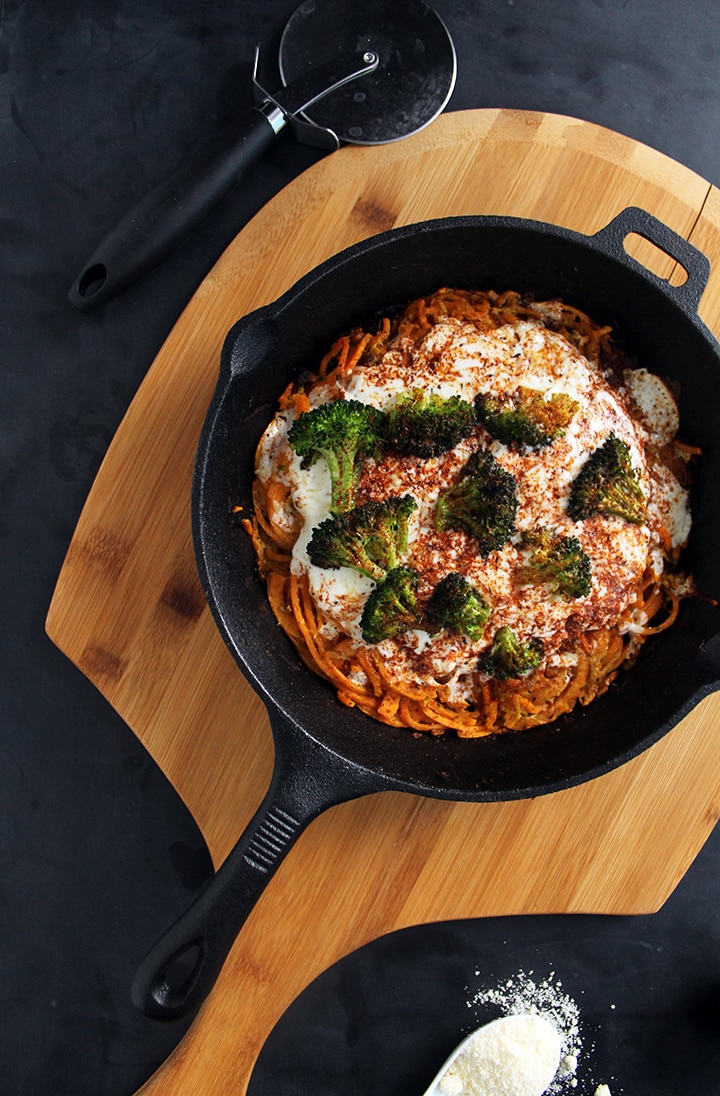 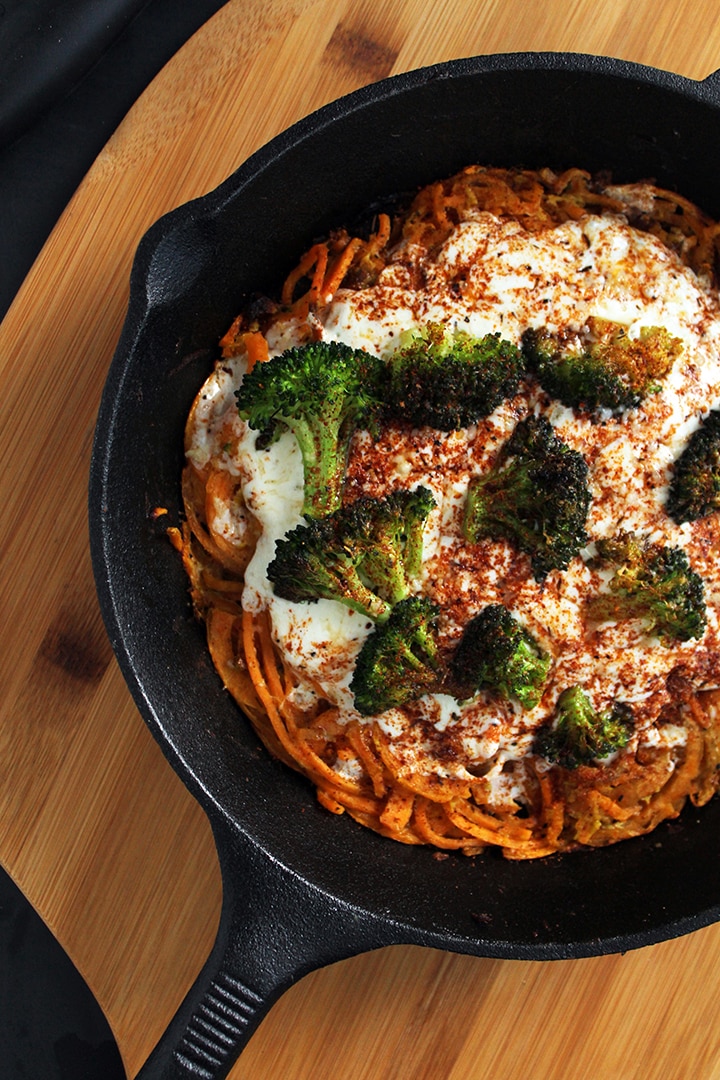 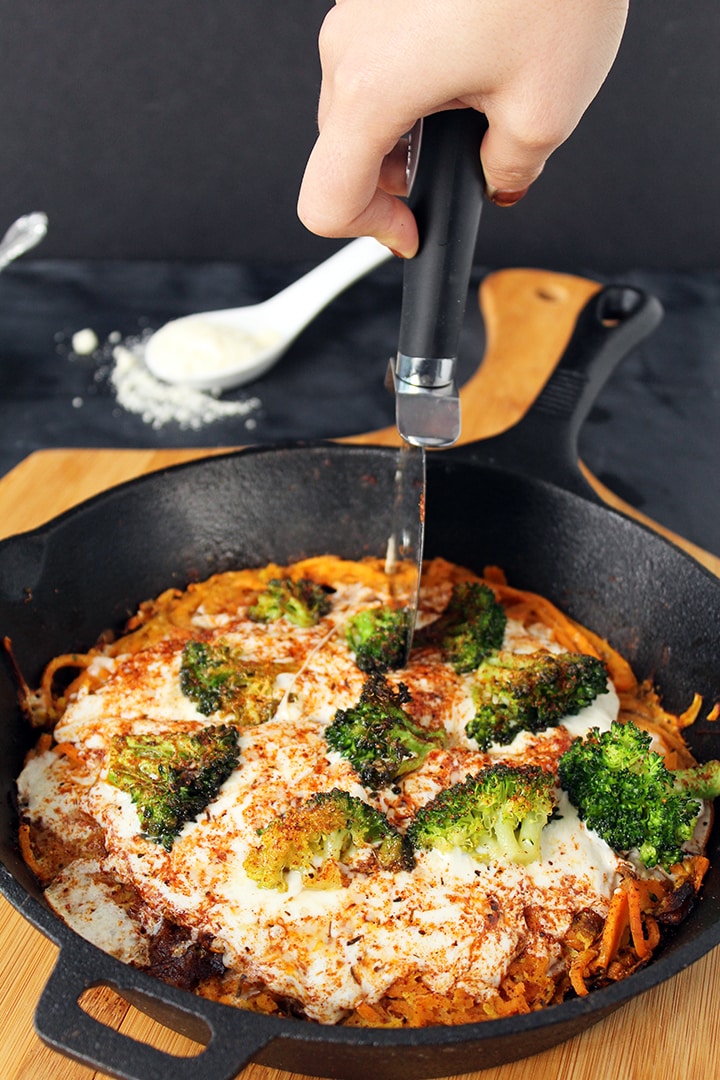 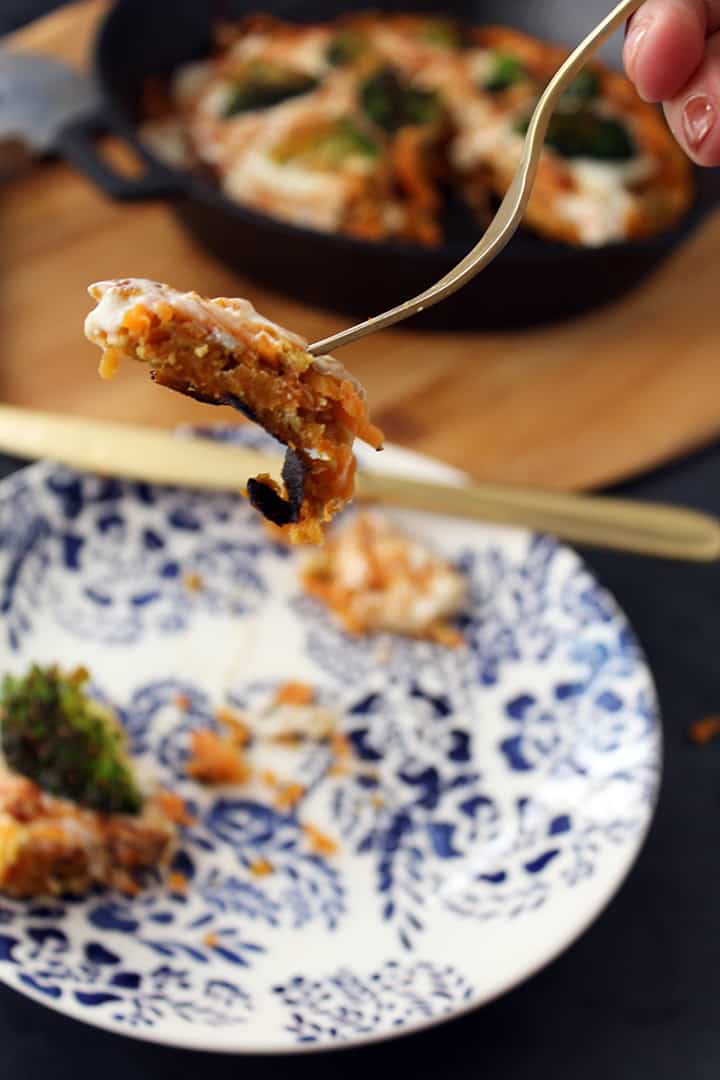 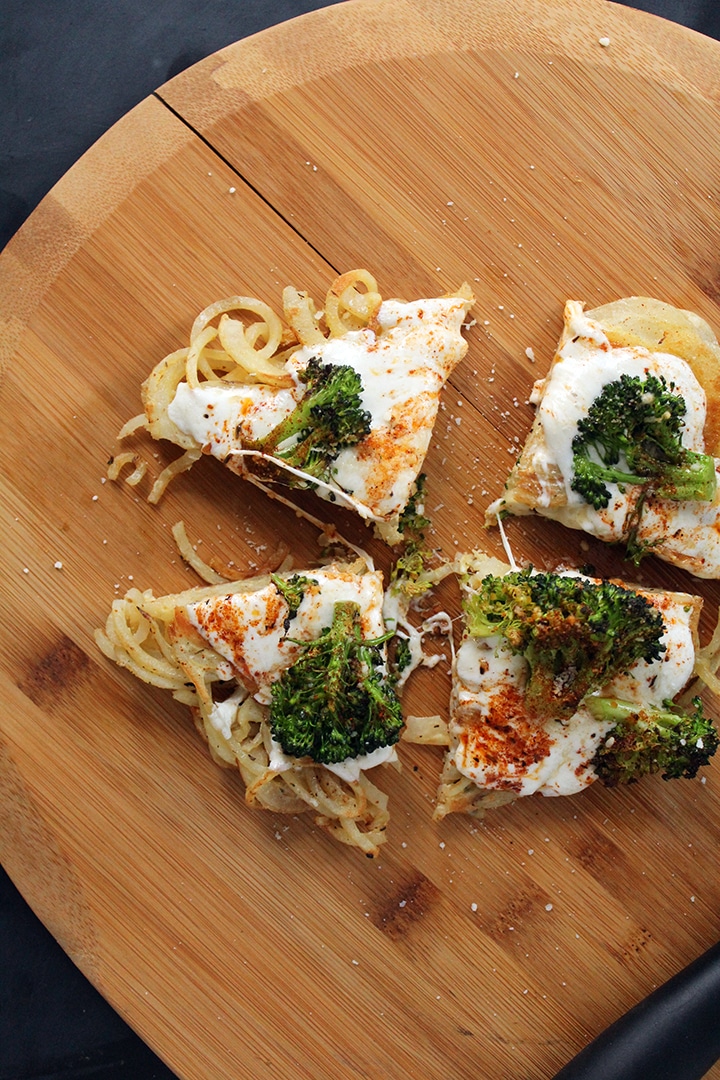 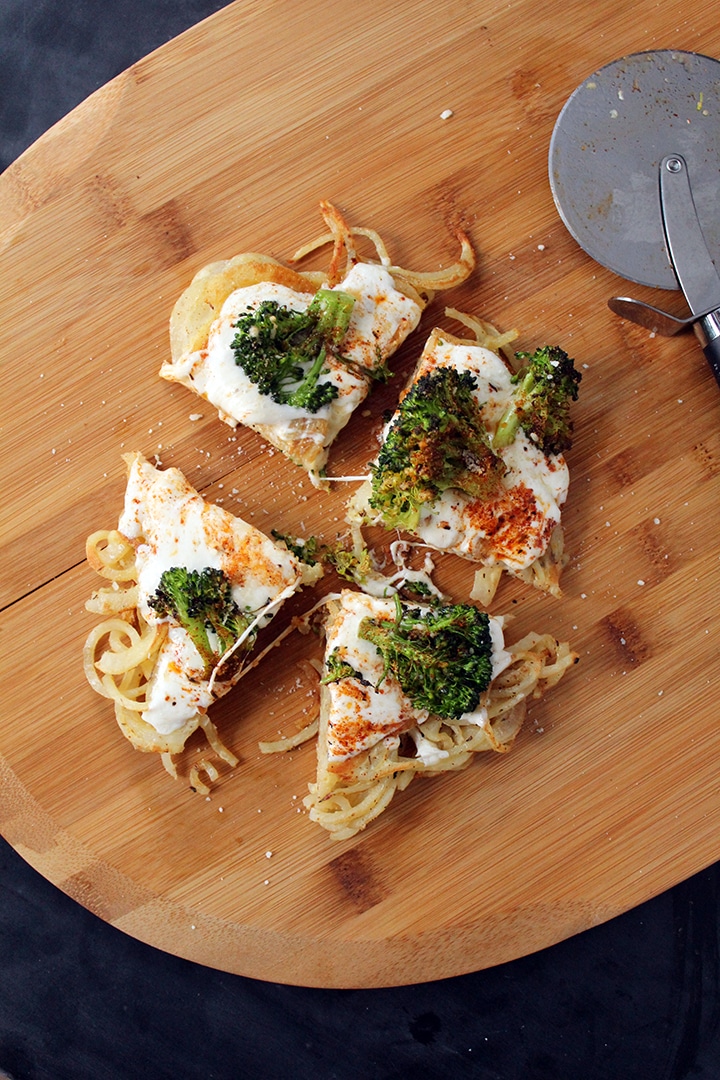 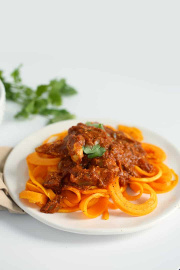