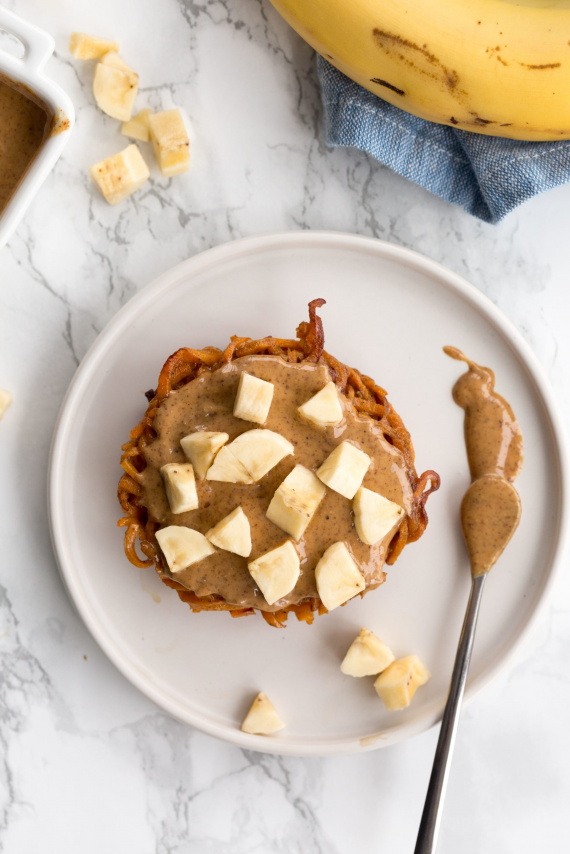 Recipe by Vegetables, Dairy Free, Gluten Free, Paleo, Vegetarian, Breakfast, Sweet Potato
This gluten-free and spiralized twist on toast with almond butter and banana uses spiralized sweet potatoes as a noodle bun, cooked in coconut oil for extra sweetness and bound together with an egg for extra protein.
jump to recipe
share this recipe 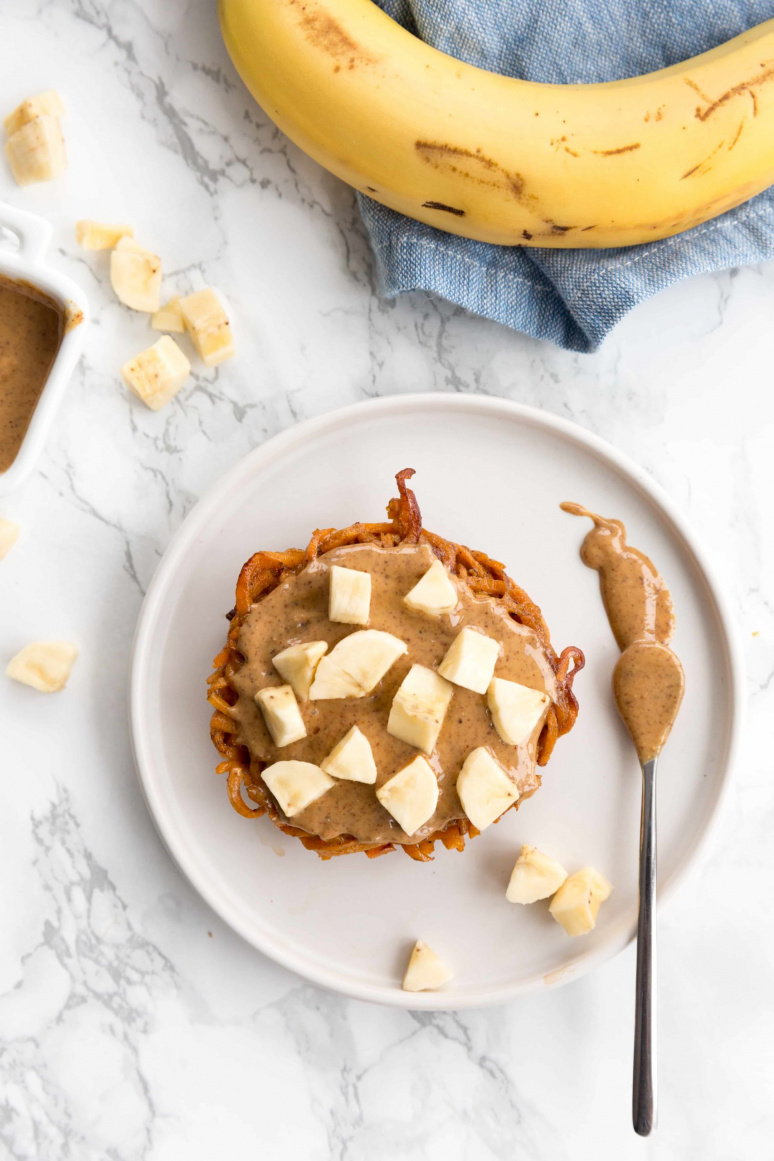 Whether you’re grain free and looking for a way to replace toast or an English muffin, just want to try something new, or are trying to squeeze in more vegetables in your day, these spiralized sweet potato noodle buns are for you.

The sweet potato noodle bun was created by me after seeing the ramen noodle bun craze in Brooklyn a few years ago. In an effort to make a healthy version, I spiralized sweet potato, cooked the noodles, tossed them with egg, and seared them in a skillet until bun like. It worked! 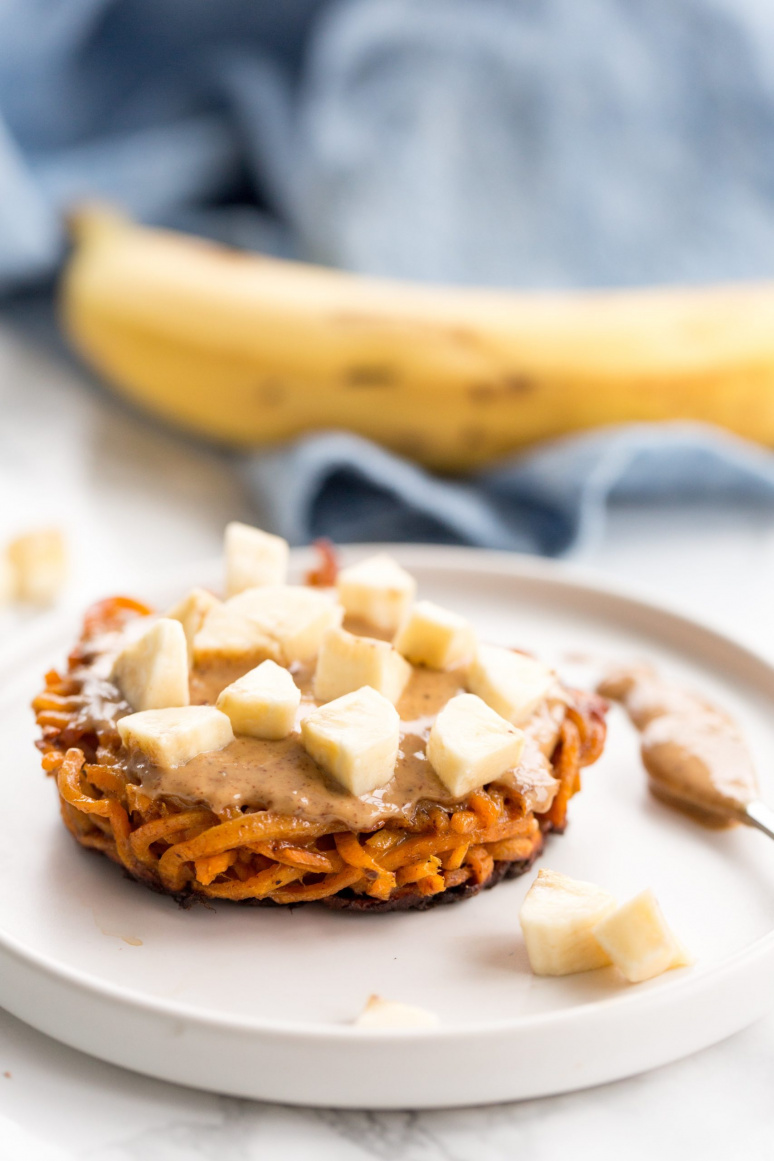 Now, I love using spiralized noodle buns as a sandwich base, a pizza base, as a breakfast side, or like here, as a toast or muffin substitute! One of my favorite snacks and breakfast foods is toast with almond butter and banana and this is a fun, veggie-packed twist. Bonus points: it’s toddler approved!

For a helpful video and refresher on how to make this gluten-free sweet potato noodle bun, click here. 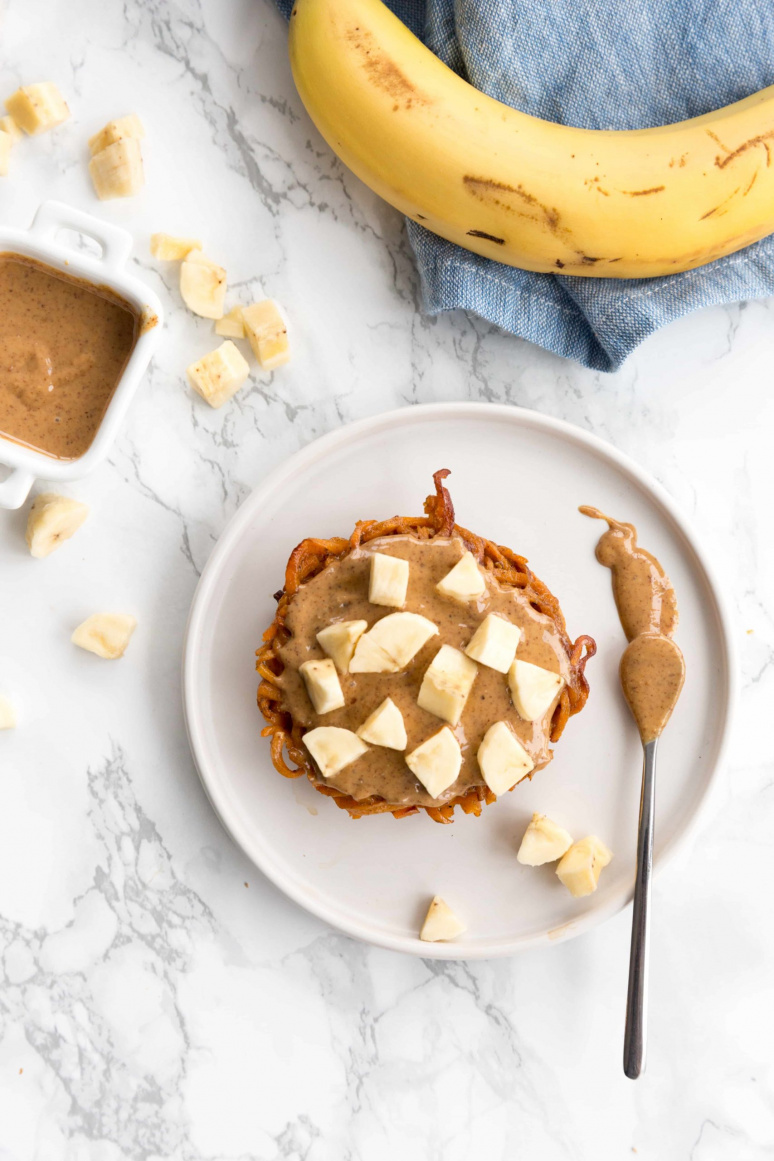 Other ways to enjoy the spiralized sweet potato noodle bun:

Watch our video to learn how to spiralize sweet potatoes using the Inspiralizer and subscribe to our YouTube channel to watch more videos: 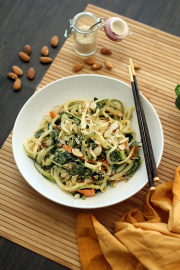