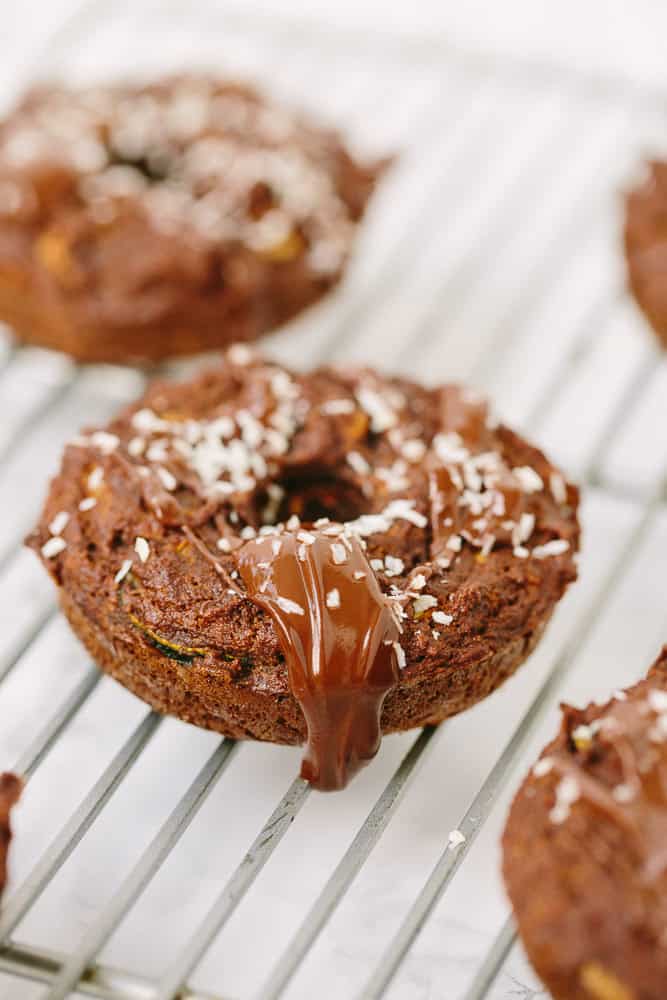 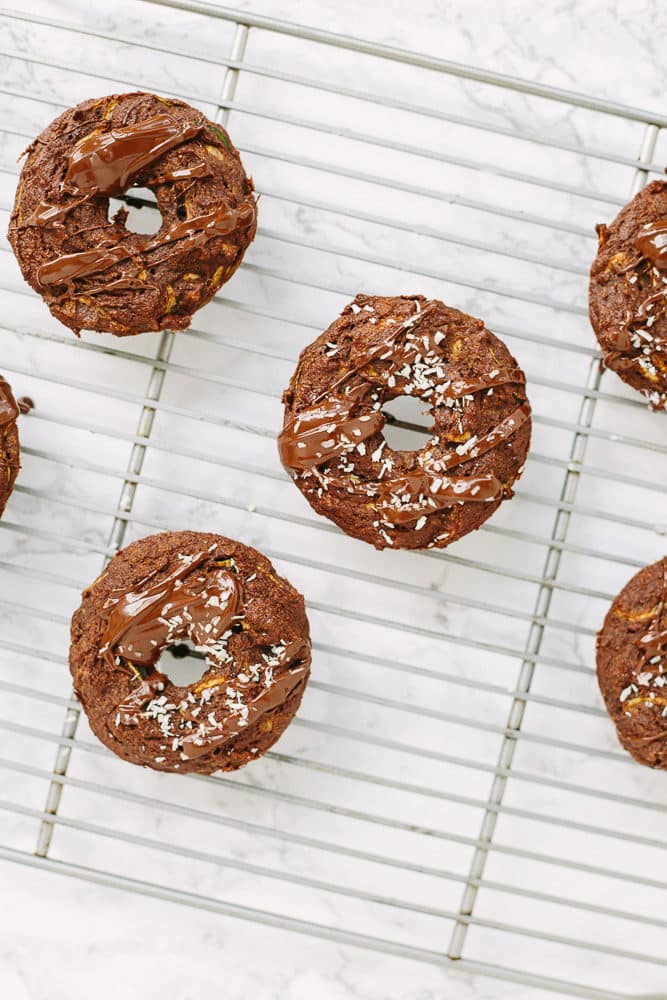 One of my New Year’s resolutions (this 2016) was to become a better baker. Unfortunately, I didn’t make an effort in prime baking months (the winter), so this summer, I’ve been slowly working on my baker’s muscles.

I’ve always been a Dunkin Donuts’ chocolate glazed donut kinda gal, and the thought of making donuts always kind of intimidated me, until a donut pan randomly popped up on my Amazon feed and I impulse purchased it.

These muffins are gluten-free and Paleo-friendly. They’re made with less processed flours like coconut and tapioca. The chocolate chips are vegan, they’re stuffed with zucchini noodles, and they have a chocolate glaze made from said vegan chocolate chips and a healthy dusting of coconut flakes.

SO, while you shouldn’t eat all six of these at a time, having one as a dessert or late-afternoon treat won’t throw you into that sugar roller coaster that a traditional donut would. BUT, they’re just as tasty!

PLUS, they have bananas and zucchini noodles in them – SO, not only are they fun to make, they have a little infusion of fruits and veggies. They’re also made with eggs, so there’s a bit of protein in there too.

They save well, they’re pretty, and they’re the perfect solution to that morning or afternoon donut craving.

Here’s a link to the donut pan I purchased. 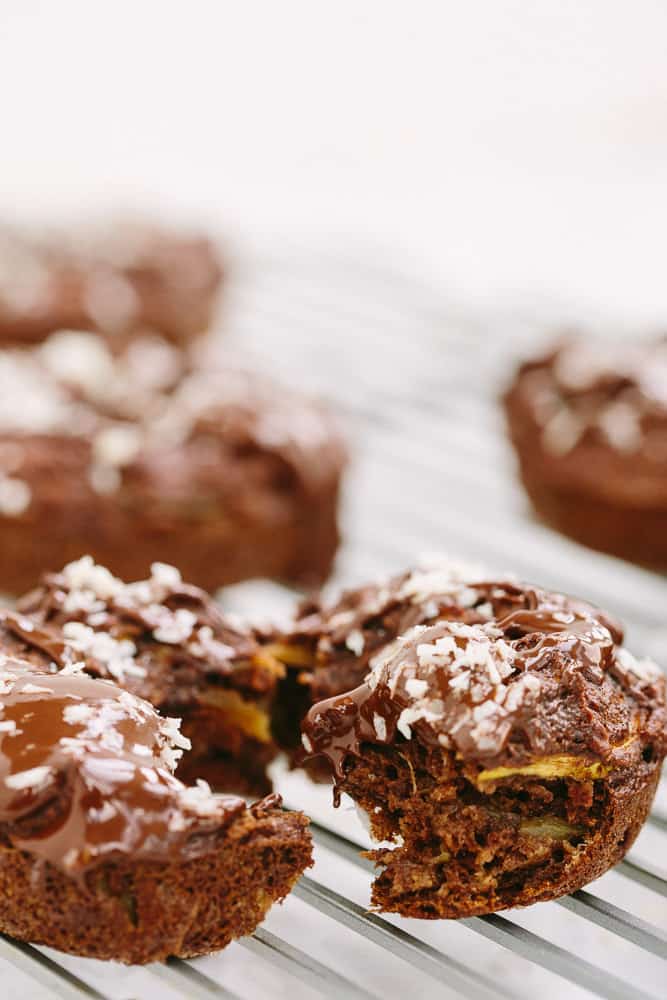 I hope everyone has a great week and I hope you’re cooking from the new cookbook (Inspiralize Everything) alongside with me. Here’s the week’s schedule (I had to adapt, because we didn’t get home until late last night, so there was no time to cook!)

Here’s this week’s schedule if you want to follow along: 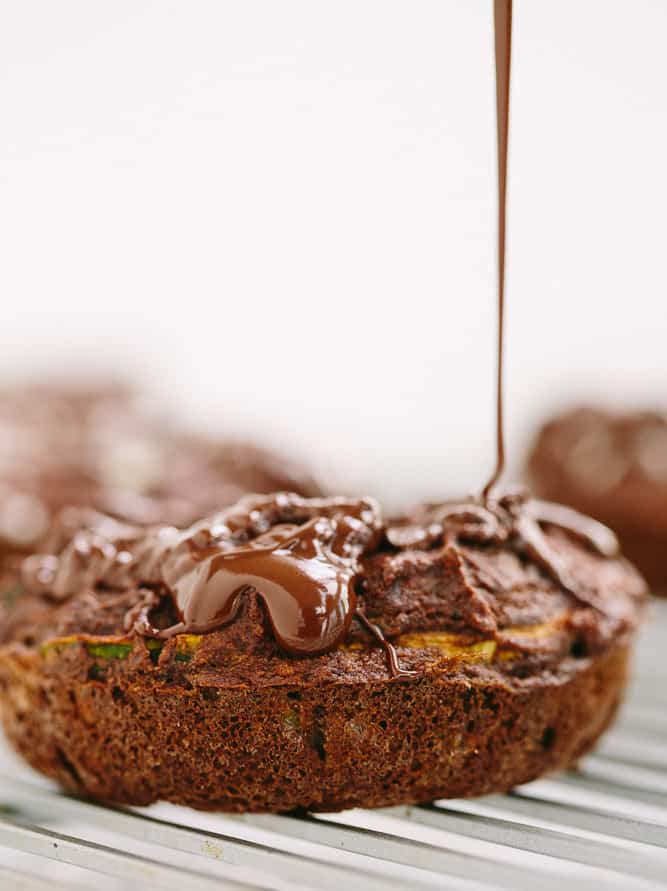 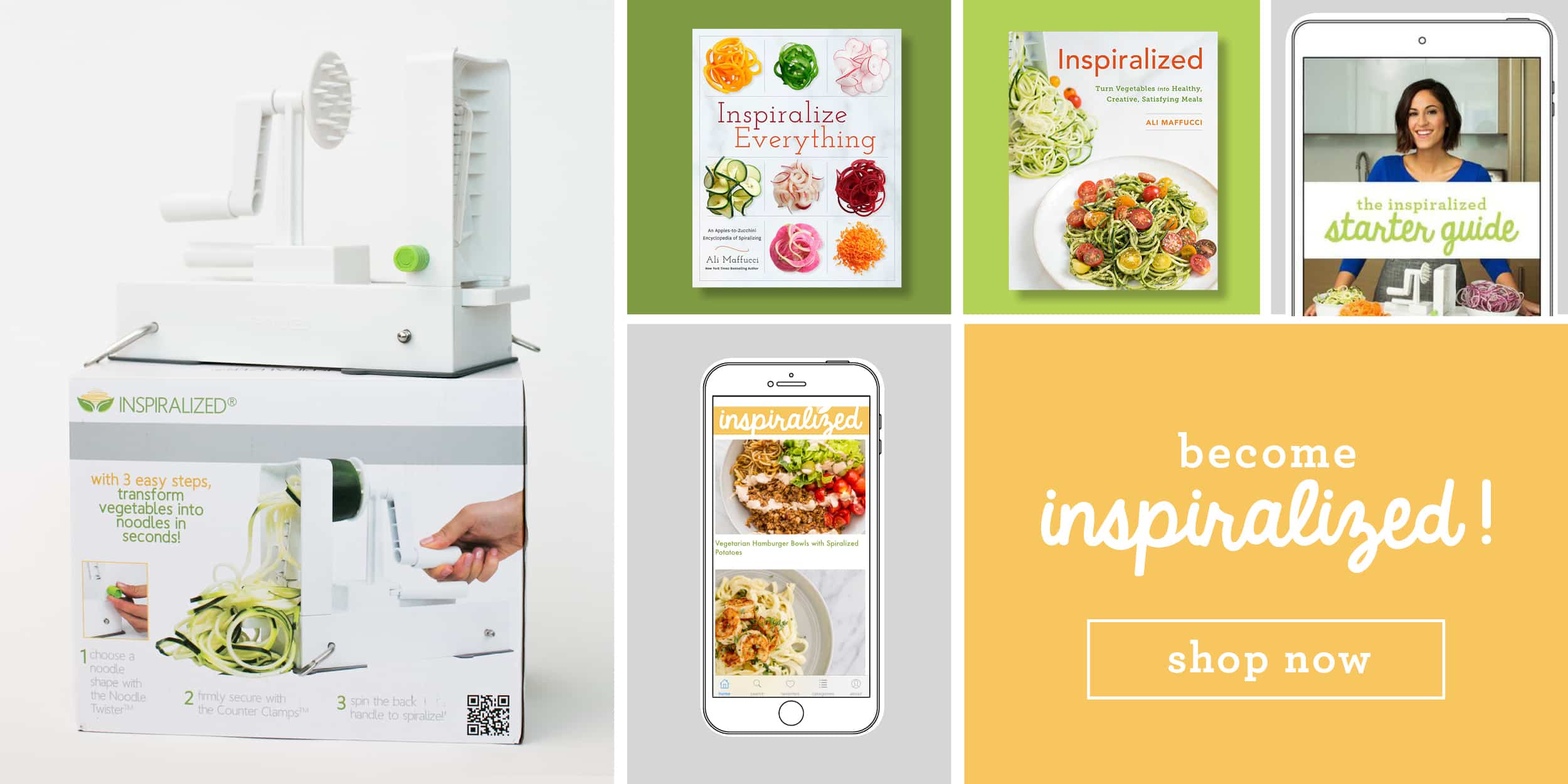 With coconut and chocolate glaze:

Without coconut and chocolate glaze: 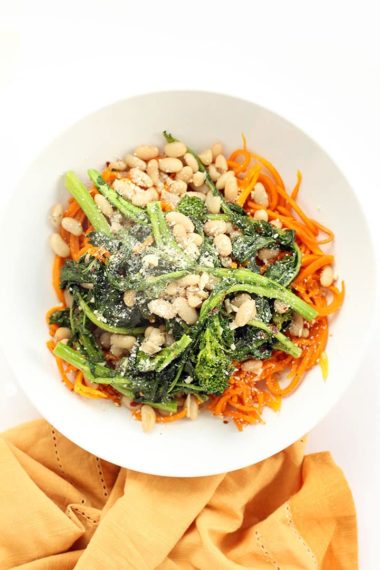 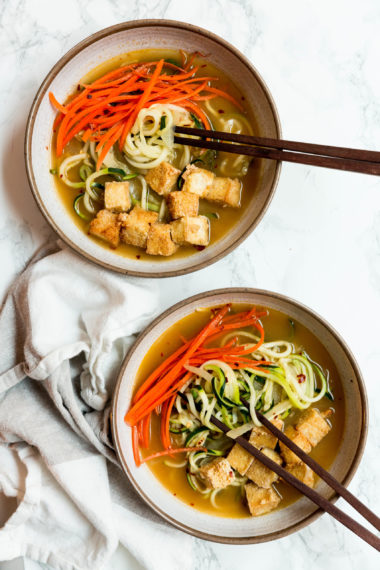 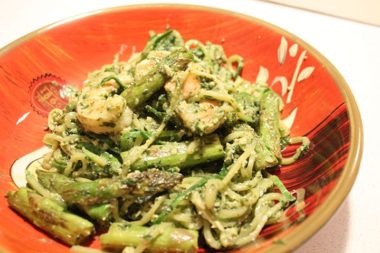 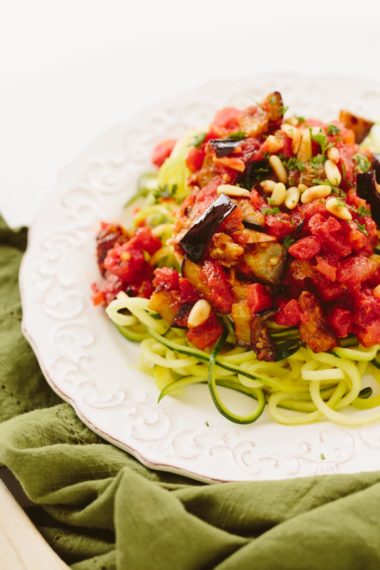 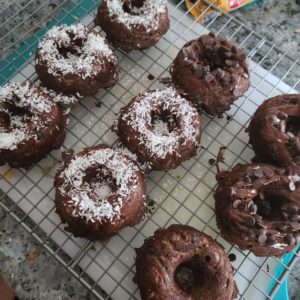