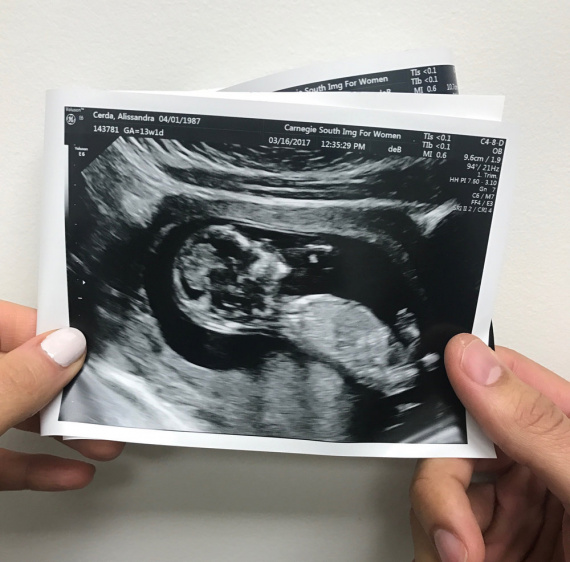 I am so excited to document my pregnancy on this blog! I've always wanted to be a mother, and I am really looking forward to being pregnant and growing a healthy baby.

once a month, I'm going to be posting four week pregnancy "recaps"! to start off, I'm covering the first trimester and sharing about our pregnancy 'journey', which I've gotten the most questions about!

I am so excited to document my pregnancy on this blog! I’ve always wanted to be a mother, and I am really looking forward to being pregnant and growing a healthy baby.

once a month, I’m going to be posting four week pregnancy “recaps”! to start off, I’m covering the first trimester and sharing about our pregnancy ‘journey’, which I’ve gotten the most questions about!

Our pregnancy journey & when we told our family and friends

In the middle of last year, Lu and I started talking about getting pregnant. the more we talked, the more excited we started to get about the idea of starting our family together and ultimately agreed that we were ready. However, we already had trips planned and booked for the year in ZIKA-affected areas, so we decided to put those plans on hold and revisit at the end of the year, after all of our trips were over.

At the end of last year, right before we left for the holidays (we spend the holidays with my parents, who recently moved to Florida), we decided that I’d go off birth control and we’d start “trying.”

To be totally honest, once we decided to start “trying,” I was quickly surprised (and embarrassed) by how little I knew about my own reproductive system, after having to look up “how to get pregnant.” At nearly 30 years old, you’d think I’d understand how my body worked, but I barely knew what “ovulating” meant! True story.

Not to get too graphic, but once I learned about the physical signs of ovulation and knew I was ovulating, we tried (a couple of days before Christmas.) TMI? Get used to it!

That Christmas (well, a couple days after), my little sister, Felicia, got engaged on the beach! It was perfect, and our whole family was buzzing with happiness. A couple weeks later, she picked a date: late February, 2018 in St. Thomas (in the US Virgin Islands.)

While I was so happy for my sister, I couldn’t help but start to think about how her wedding date would affect our baby-making plans! Since St. Thomas is a ZIKA-affected area, it basically meant that if Lu and I didn’t get pregnant by March 1st, we’d have to stop again, because I would never miss my baby sister’s wedding – and I couldn’t go there pregnant and risk getting ZIKA.

I went to brunch with my girlfriends on a Sunday (January 8th, to be exact!) and I told my friends about my “dilemma.” We talked about the timeline, and I felt a little bummed about the possibility of not having a baby and delaying starting our family until 2018. In that moment, I realized how much I really did want to be a mother and have a baby with Lu.

The next day (January 9th), I entered the first day of my last period into one of those pregnancy trackers and it told me that the earliest day I could test for pregnancy was January 9th. Never in a million years did I think that it would be positive, but I figured I’d test anyway.

At around 11am on that Monday, January 9th, I ran to the nearby pharmacy, bought a pregnancy test, took it, and waited patiently, er impatiently, for the results. My heart raced. Again, I couldn’t believe how much I wanted to get pregnant!

Well, the results were in and in fact, I was pregnant! 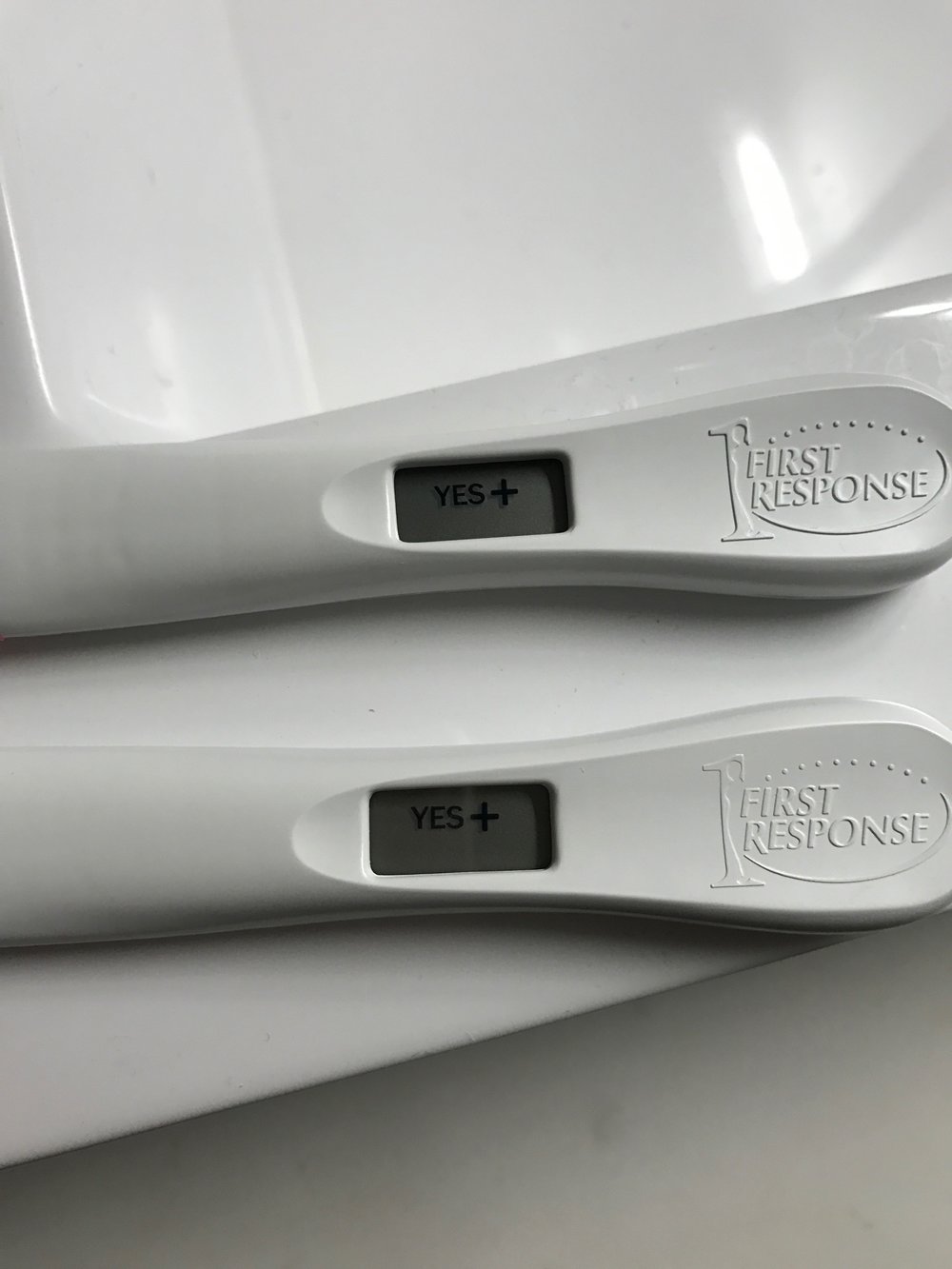 I can’t even put the feeling into words what it was like seeing that digital YES+ on the screen, so I won’t try, but let me say this: in that moment, I felt like my entire life became meaningful and had a purpose. It seems dramatic, but it’s exactly how I felt! I also felt just completely, absolutely, and totally blessed. And thankful. And grateful.

Since it was before noon on a Monday, Lu was at work and because I didn’t want to let him know the news over the phone, I decided to withhold our “news” until he got home.

I made us a quick dinner when he got home and immediately after we were done, I said, “I have something to show you.” My heart was racing again. He started to look a little worried, and I ran to my purse, grabbed the pregnancy test stick, and showed it to him. Of course, he was just as shocked as I was at first, and then he exclaimed, “We’re having a baby! It’s happening!” 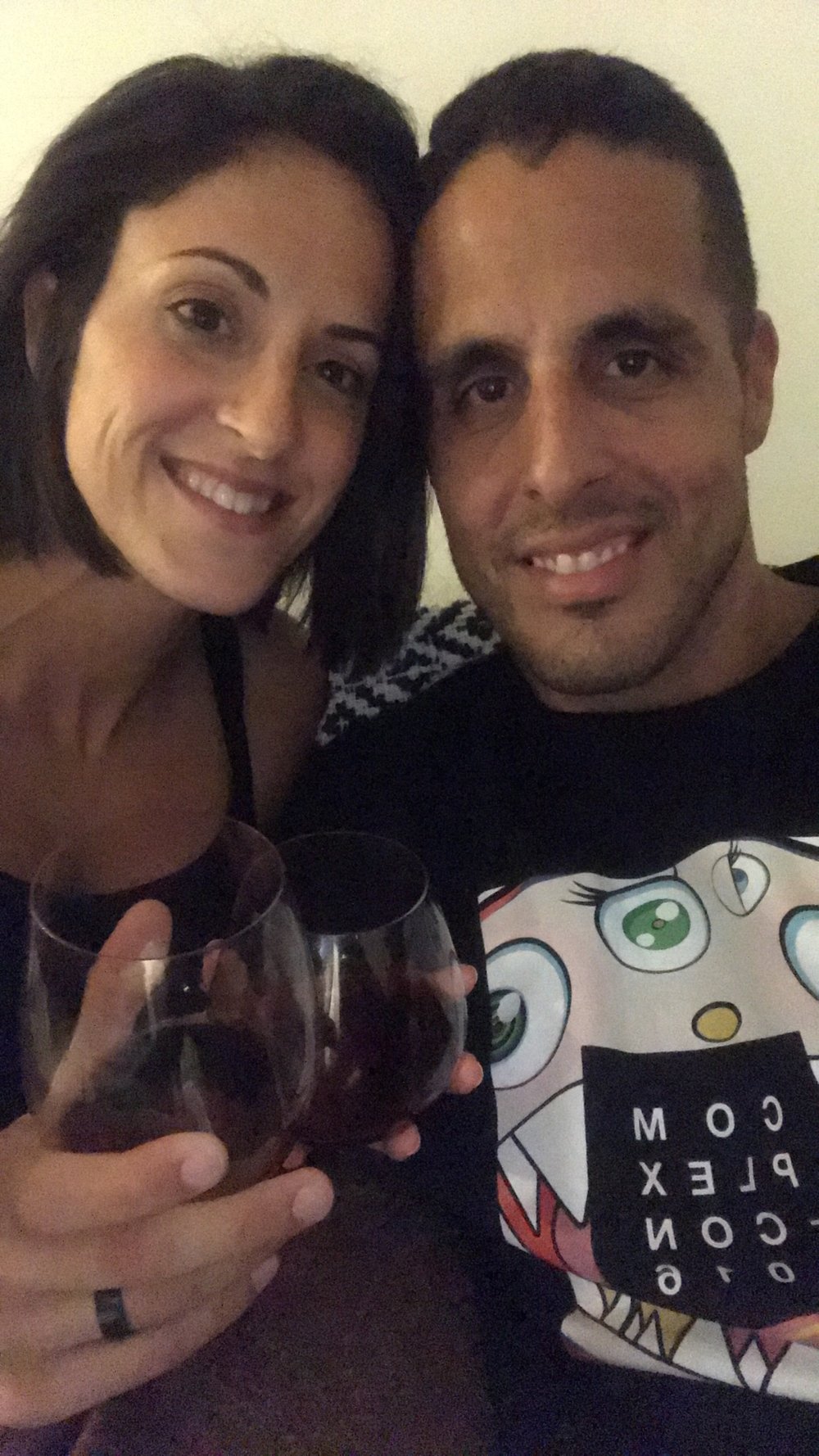 I ran to the fridge, opened a bottle of wine, and we cheers in celebration (and I savored every sip!) We enjoyed the moment together and then started talking about when and how we were going to tell our families. It was so soon (literally, I was barely 4 weeks pregnant) and of course, because of miscarriage risks (especially that early), I was worried to celebrate and share too much.

If you didn’t know this about me already, let me tell you now: I’m very, very close with my family. My parents know everything about me, I don’t keep secrets from my family, and they are the first people I call whenever I have good – or bad – news.  After an hour or so, I just couldn’t wait any longer.

We called my mom and dad. We told them and they were so happy, proud, and excited. Then, we called my little sister Felicia and her fiancé, Ben. They were both traveling, so we did a “Houseparty” call, where you can basically have multiple people on video chat. Lu and I said, “We have something to tell you!” and then I held up the pregnancy test stick and they were SHOCKED. Absolutely shocked, then so happy and excited. 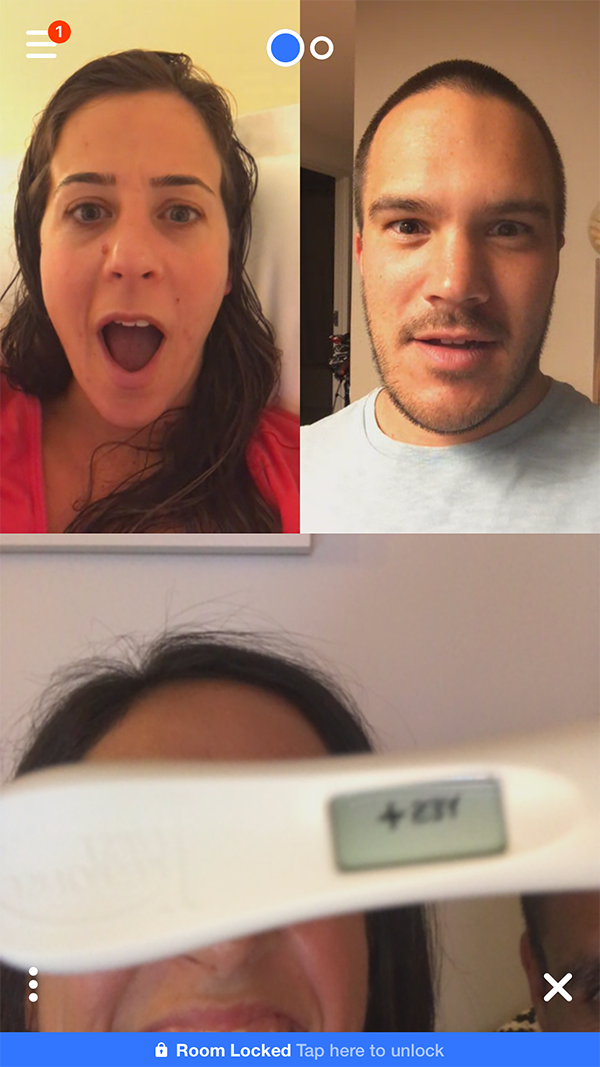 hen, we called Lu’s family. It was so fun to let them all know, and it felt more real and real. I kept saying, “It’s so early, so who knows what will happen, but yes, we’re pregnant!”

We didn’t tell anyone else until I was about 7 weeks (I told my two best friends at a restaurant after my grandfather’s funeral, because I felt so emotional and sad and needed to share some happy news and felt my grandfather’s blessing.) They cried! After that, it wasn’t until about the 12-week point that we started telling a handful of super close friends and extended family.

Now, fast forward to almost 16 weeks, and we’ve told everyone! We couldn’t be happier to share the news – it feels so much more real with every person we tell.

Since I’ve received quite a few questions about my first trimester from many of you, I figured it would be best to answer them in a Q&A- style! And if you have any other questions, feel free to leave them in the comments!

How far along are you?

When are you due?

Did you get sick?

No! I feel so lucky to not have suffered from morning sickness. I never felt nauseous, I never had food aversions, and I didn’t have to change my diet at all (aside from the no-no list) and vegetables still tasted as delicious as ever!

What symptoms did you have?

Aside from not having morning sickness, I do feel like I got every single other symptom! Here are a few:

Did you work out?

Yes! As someone who works out consistently (5-6 days a week), I couldn’t imagine just stopping working out, especially when I felt up for it. Lucky not to have suffered from morning sickness, I was able to workout during my entire first trimester. Also, some of the initial advice I received was to workout during pregnancy, as it’s proven to make labor and delivery much easier. The one change I had to make was WHEN I worked out. Since I was basically useless after 3pm, I stayed committed to my morning workouts (6:30am) during the weekday, because I knew if I didn’t do it then, there was no way it was going to happen. Luckily, I had made this a New Year’s resolution (to workout in the mornings), so I had already started training my body to make those early morning wake up calls. Around week 13, I started to get out of breath more easily, so I took the intensity down a notch (ie, not cranking up the resistance as much during spin classes and running at a slower pace on the treadmill.) I plan on doing more yoga as my pregnancy progresses and my capacity for HIIT and cardio lowers.

Did you drink coffee/have caffeine?

Although my doctor said it’s totally fine to have up to two cups of coffee a day, I was never a huge coffee addict anyway, and my thought was this: if it wasn’t good for the baby, why have it? I switched to decaf coffee (and really only on the weekends and maybe a couple days during the weekday) around week 8.

Are you drinking alcohol?

Aside from the night we found out we were pregnant, I haven’t had a sip of alcohol! While I am certainly going to miss rosé all summer long, I don’t plan on drinking during my pregnancy at all.

Are you going to find out the gender?

Yes! I went down to Florida for my 30th birthday (April 1st) with my three best girl friends, my parents, my sister, her fiancé and of course, Lu. On the night of my birthday, we did a gender reveal, right before we went to dinner! There was a hilarious twist! It was perfect. I can’t wait to share the gender with all of you, soon!

Have you gained any weight?

When did you start to show?

While my belly has definitely grown little by little, I didn’t truly feel “pregnant” until I was 15 weeks and 1 day. I woke up and Lu noticed that my belly was much rounder than usual. It was like something had clicked! I went to put my jeans on and I couldn’t button them! It was such a surreal moment, so I took a picture! Thankfully, I had picked up a Belly Band at Target a couple of weeks prior, so I wore that – what an amazing product! 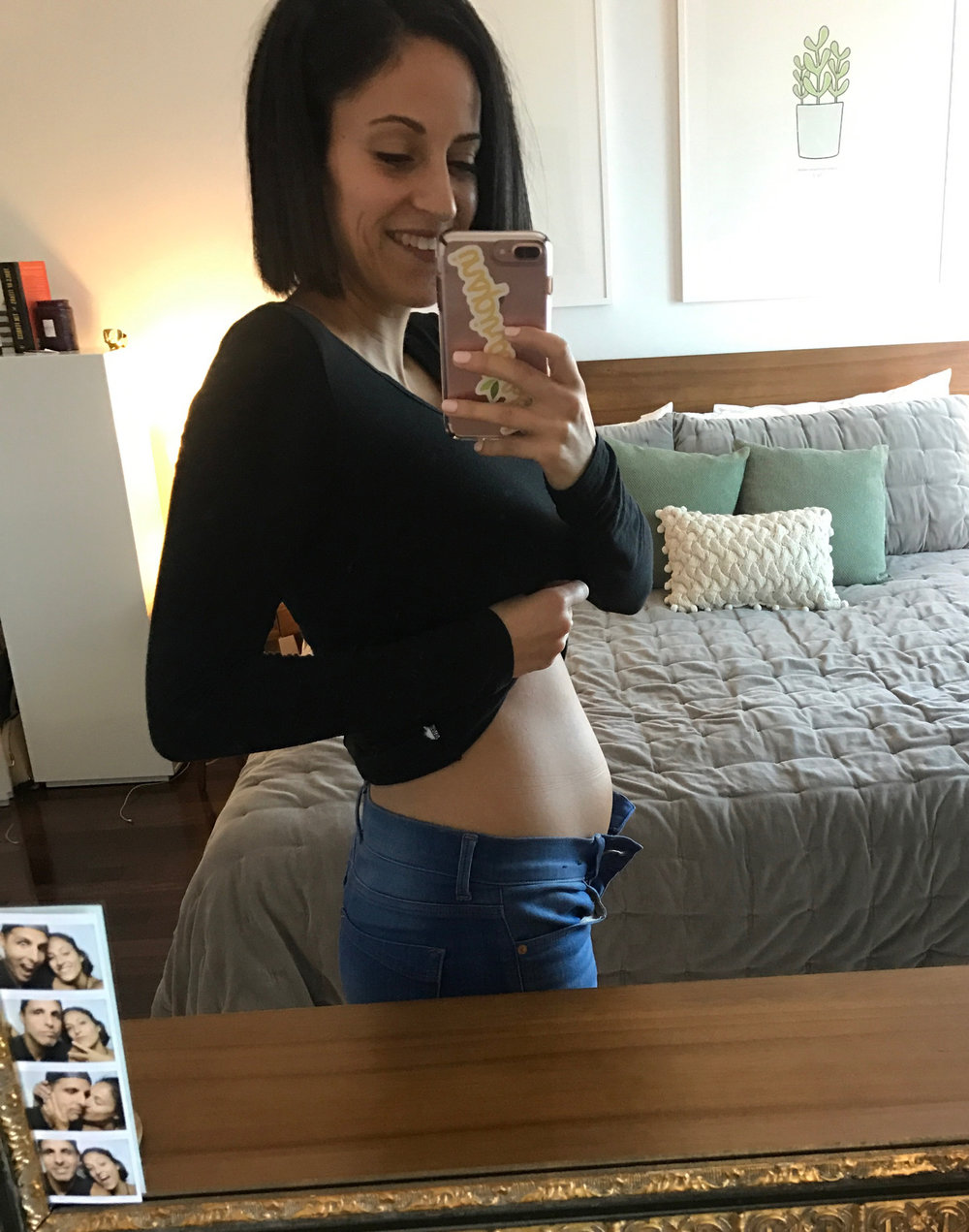 And that’s it! That’s my first trimester recap. Since I was playing a lot of catch-up, my next recap won’t be quite as long, so sorry if this was an overshare. I’m hoping that many of you who are expecting can relate to my pregnancy story and journey!

So far, I’m loving pregnancy – and I hope it stays that way! 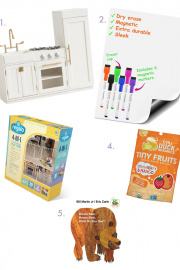