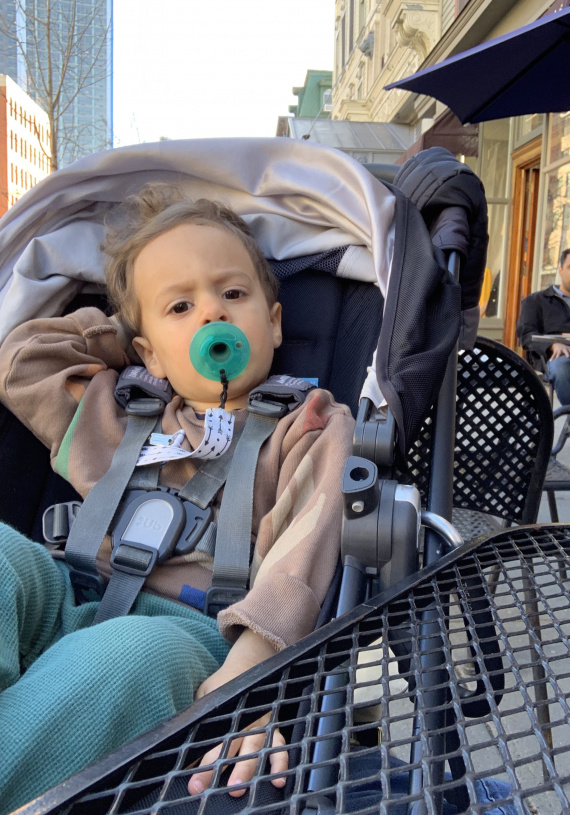 Motherhood
If there’s one thing I’ve learned through first time motherhood thus far, it’s that we...
share this post

If there’s one thing I’ve learned through first time motherhood thus far, it’s that we make everything 10x harder than it needs to be. And we do this, because we care so much about our little ones. We stress over every little sound they make in the beginning, we stress about how many vegetables they’re eating (or not eating!), and we worry about big milestone transitions, like weaning off breastfeeding or sleep training.

For me, I thought a lot about pacifier weaning. I was nervous to do it, because, well, sleep is precious. Luca sleeps from 7:30pm to 6:30/7am every day without ever waking up, and I didn’t know what that would look like without a pacifier. Also, he’s always been antsy in the stroller and car seat and the pacifier was a temper tamer. He didn’t use it at any other time, but during those times, he really needed it. Or so I thought. I knew it was time to wean him off, but I was putting it off, because he loved his paci and I hate hearing him cry.

Why we decided to wean at 19 months

My goal all along was to be weaned off a pacifier by 2 years old. From advice from other mama friends, horror stories from mamas who waited too long, and the medical recommendations from pediatricians, pediatric dentists, and occupational therapists, two years old was the age we wanted to be done with the pacifier. Every parent has to make their own decisions like this because every child is different, but this is what we went with.

So why 19 months? Well, we got pregnant! I didn’t want to go through paci weaning with Luca when he was older and would need extra comfort during the life-changing event of a new sibling. I didn’t want him to wonder why the baby girl got a pacifier and he didn’t. I didn’t want him to think that he CAN’T have something and she can and not be able to explain it to him fully (because he can’t understand that in depth.) I wanted him to be totally weaned and uninterested in the pacifier by the time the girl came, so I thought, “Okay great, if we wean him 3 months before the girl comes, he’ll have enough time to forget about the pacifier and then it won’t be an issue.” Hence, 19 months. 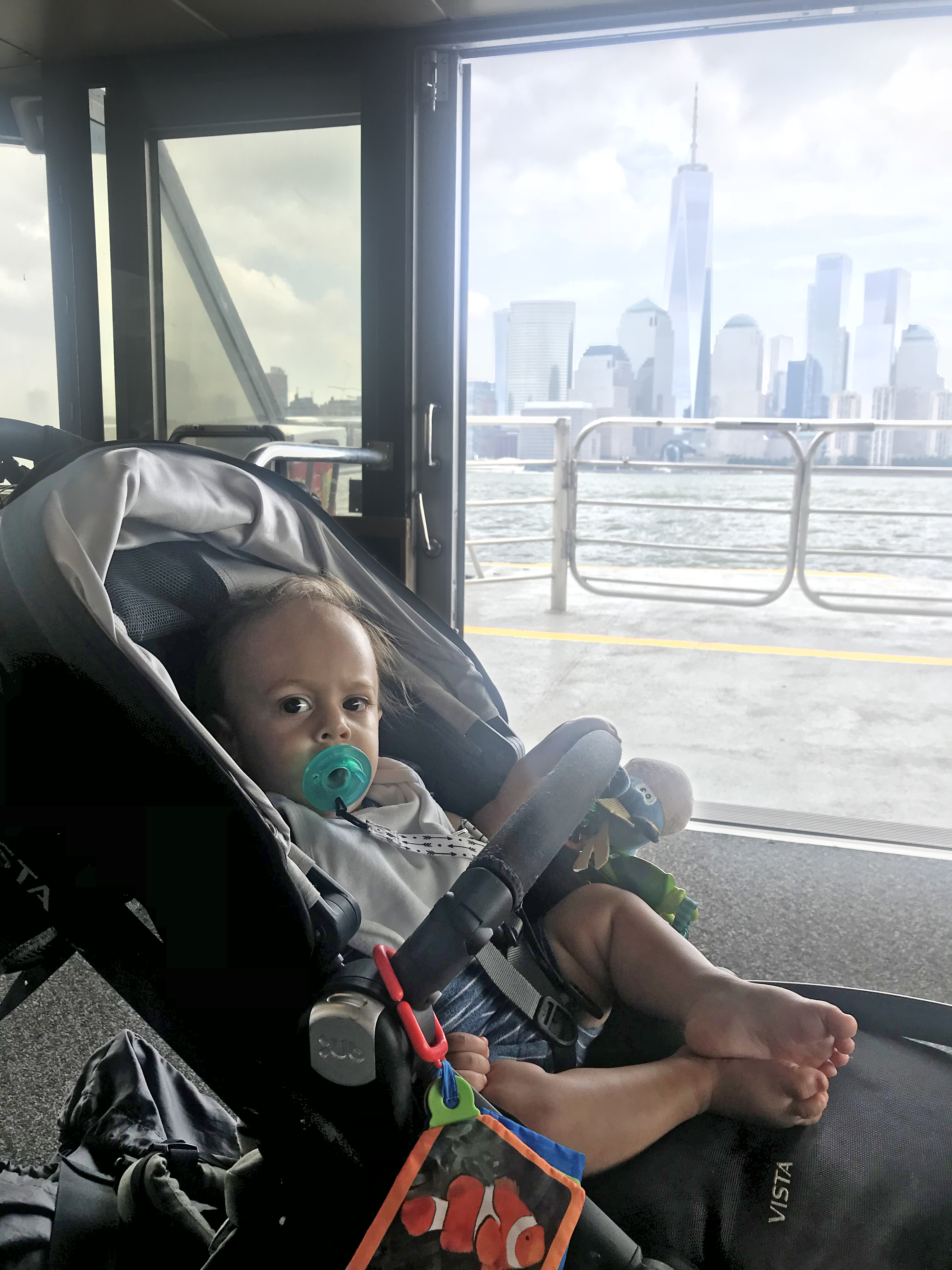 Well, we started off with taking it away in the stroller. One day, we just didn’t give it to Luca in the stroller. He cried and fussed a LOT for the first two days. He didn’t like being in the stroller anymore and we realized, he never learned how to self-soothe when he got antsy in the stroller, we’d just pop the paci in and he’d be happy. So, I think this was really hard for him. But, after 3-4 days, he was barely fussing and now, he’s amazing in the stroller! He’ll fuss every once in a while (like all babies do) from boredom or because he wants to walk but it lasts a few seconds and then he’s calm.

THEN, came sleep times. Exactly a week later, I had our nanny (who always puts him down for naps during the weekday) put him down without a pacifier. We discussed what she was going to do and I wanted it to seem like we simply lost the paci and couldn’t find it and that it’s okay, because he’s a big boy and doesn’t need one anymore. Before she went to put him down, she took him around the room, searching for the paci. She said things like, “Hmm… where is paci?” and “No more paci, but that’s okay, you don’t need a paci, you’re okay.” She opened every closet and drawer and really “looked,” haha.

The first nap was HORRIBLE. He cried for almost 30 minutes (I had her go back in there in intervals, because I don’t like him to cry alone, it’s just a personal thing.) After those 30 minutes, she went in there (on her own accord) and laid down with him, holding his hand in the crib while she was next to him on the floor. She did this for almost an HOUR and he finally fell asleep.

She came out of his room and said, “Ali, I don’t think you should give him the pacifier tonight. It will be confusing and we just did all of that for nothing then!” And she was totally right. SO, that night, we also didn’t give him a paci. And guess what? He cried for 6 minutes and just as I was making my way to walk into his room to soothe him, he stopped crying, laid down, grabbed his stuffed Elmo, bunny, and teddy, and got himself to sleep! SO, if you’re more nervous about night time, don’t be – they are much more tired at nighttime, so it’s less of a struggle, at least in our experience. 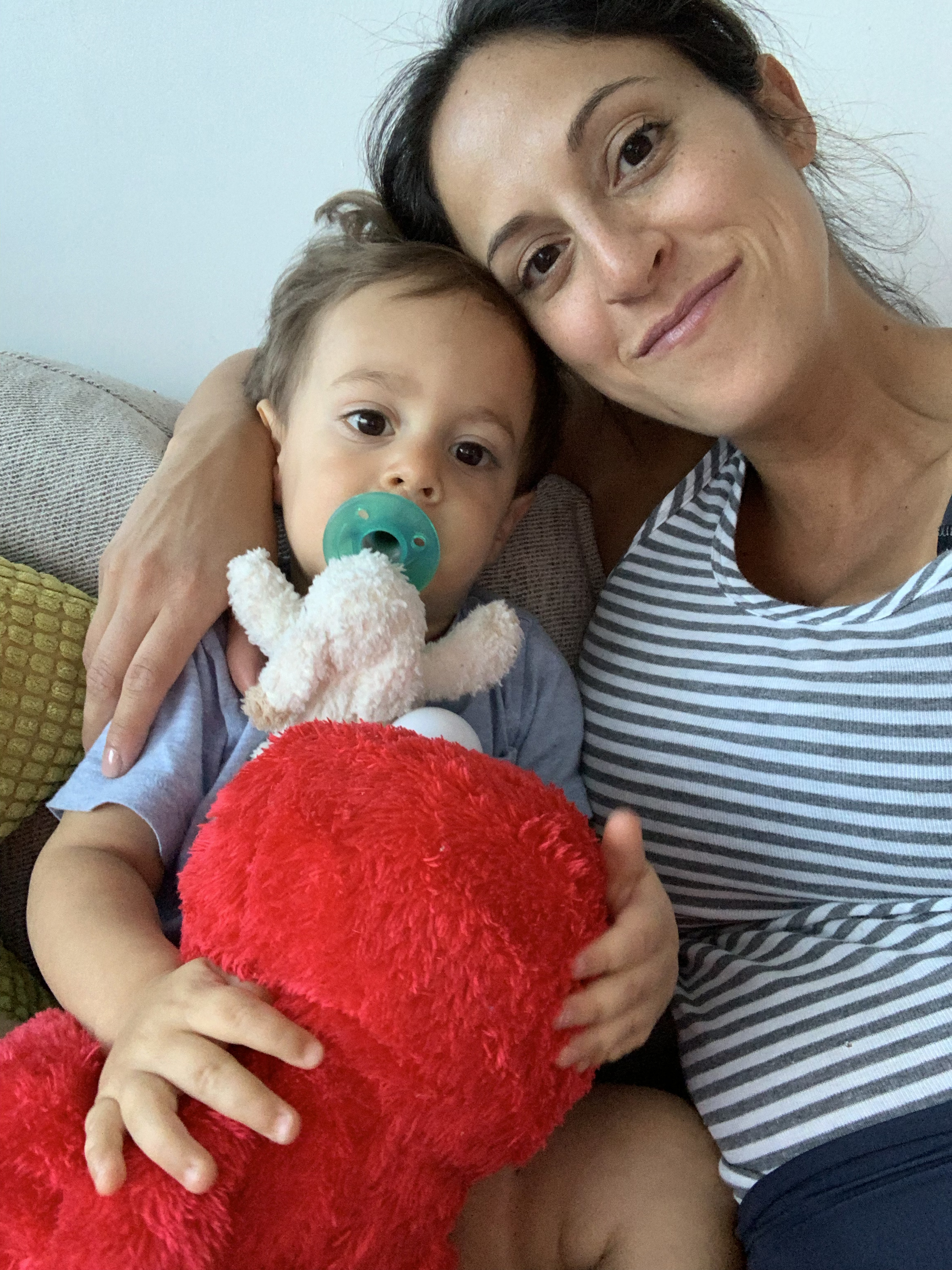 The next couple of days got better and better, with less crying each time. And it did not affect the length of either naptime or bedtime (maybe naps at first, but only by 30 minutes or so.) And we never, ever mentioned or said the word ‘paci’ again. It took about 4 days for no crying at nap time, but he stopped crying at nighttime on day 2! FOUR DAYS. All that worrying and anxiety over FOUR days!

Pacifier and the next baby

Yes, I plan on introducing a pacifier to the baby girl, too. We waited until about 5 weeks to introduce a pacifier to the girl and I plan on doing the same thing again. Lu says I’ll cave earlier on now that I know how amazing the pacifier is to soothe babies (haha!), but I want breastfeeding to be well established and I feel like when my baby cries, I want to hold her and try to soothe her every single other way. In my experience, there was usually a reason – Luca wanted to be held/carried, he wanted to eat, he needed some extra noise, or he was gassy. I don’t want to just plug and play! But we’ll see….. I never say never anymore, especially as a mom!

Let me know if you have any questions about this process and remember, every baby is different, and I’m just sharing what works for our family! 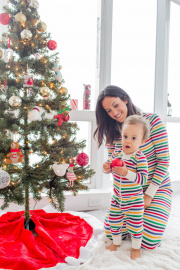