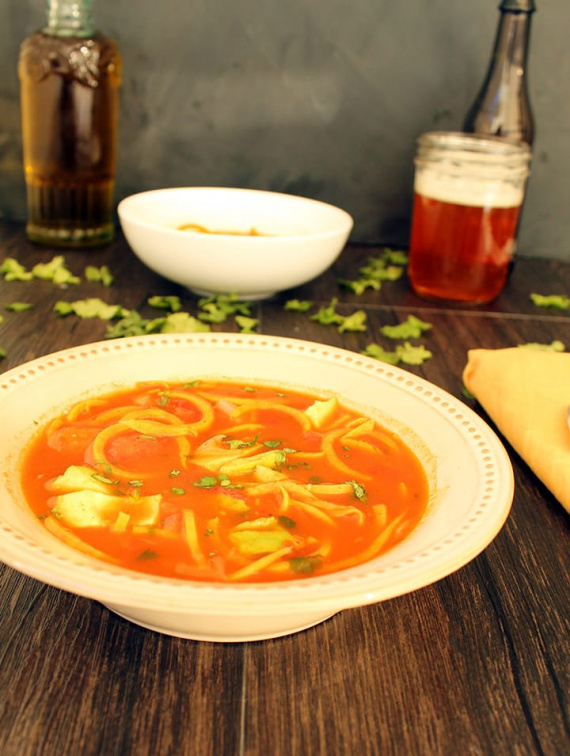 Recipe by Vegetables, Gluten Free, Paleo, Vegan, Vegetarian, Pasta, Sweet Potato
Remember a couple weeks back when I talked about what to do with those pesky...
jump to recipe
share this recipe 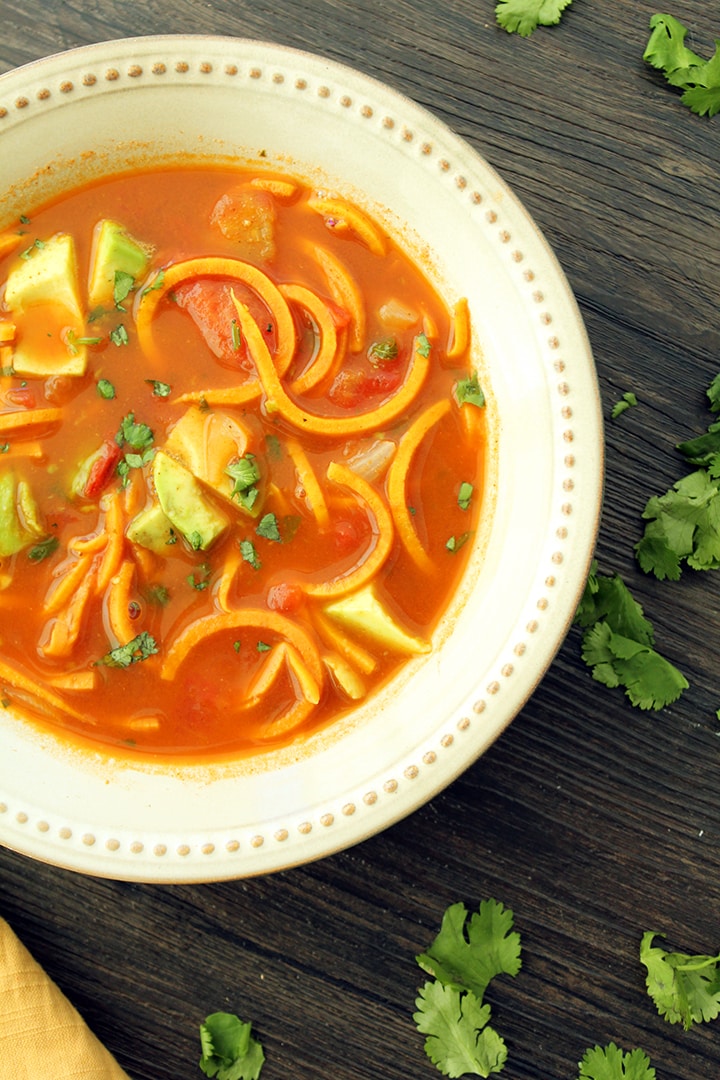 Remember a couple weeks back when I talked about what to do with those pesky half moons you get most times when spiralizing? Well, I have an even better idea: turn them into fideo!

Fideos, in Spanish, means noodle. The most common type of fideos used in pasta recipes is short. Imagine if you took a spaghetti noodle and broke it into thirds. That’s pretty much fideos. Or, vermicelli. 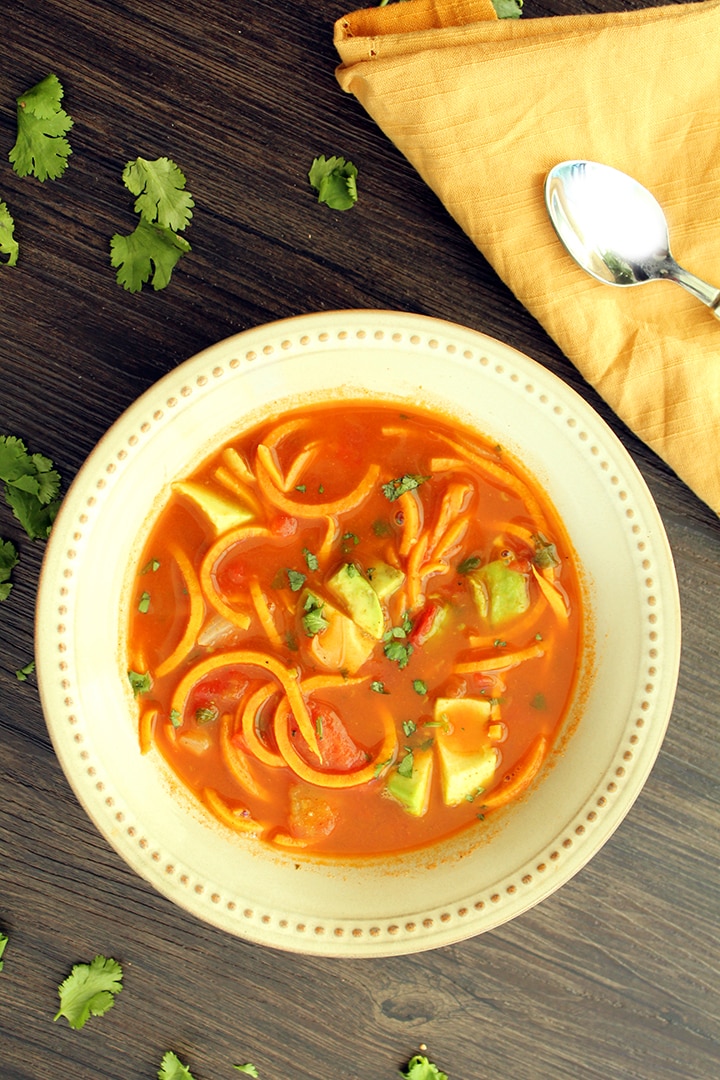 If you take that same idea and apply it to the spiralizer, you can make fideos instantly! To make short pasta noodles, just slice the vegetable down the middle (but be careful not to go all the way through and chop it in half!) and then spiralize it. Like this: 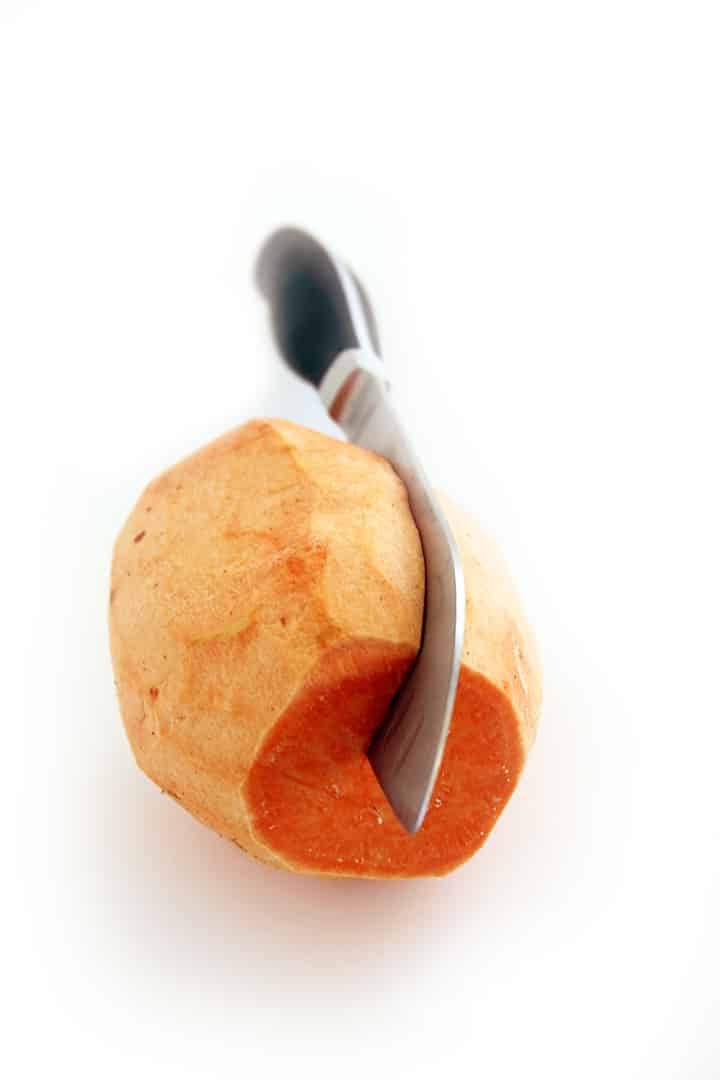 Then, the noodles (err, fideos), come out looking like this: 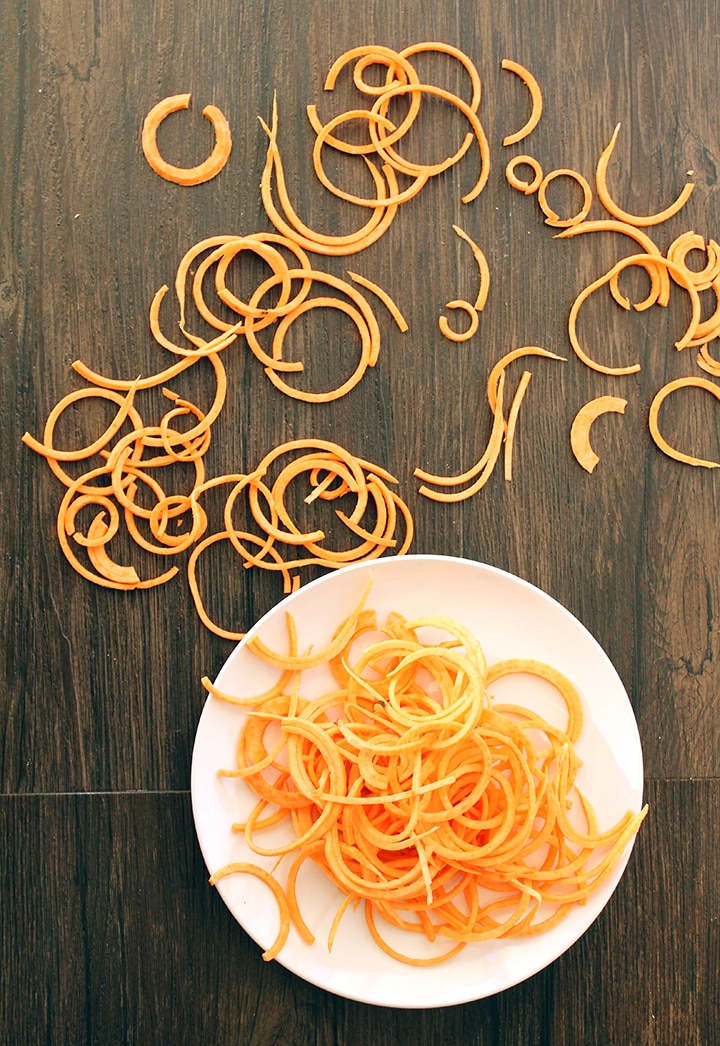 I mean, if the spiralizer isn’t versatile, I don’t know what is! 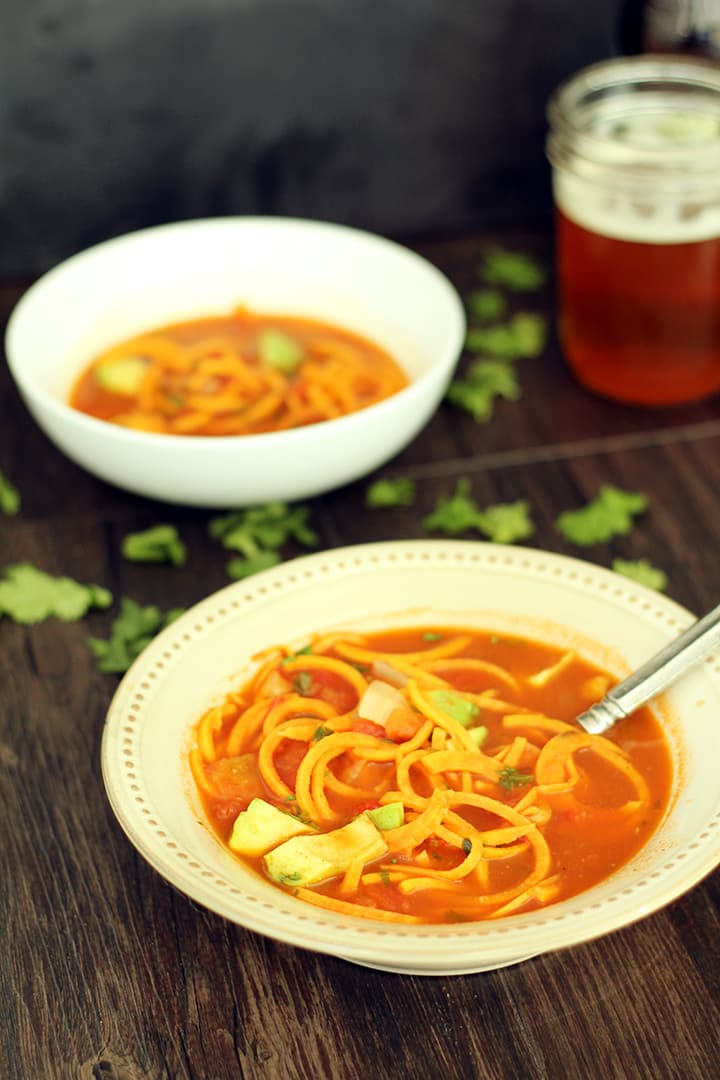 The tomatoes are flavored with cumin and chili powder for that beautiful fragrance that makes the soup absolutely devourable. I wish I had had some tortilla chips, I would have snuck those in there too. 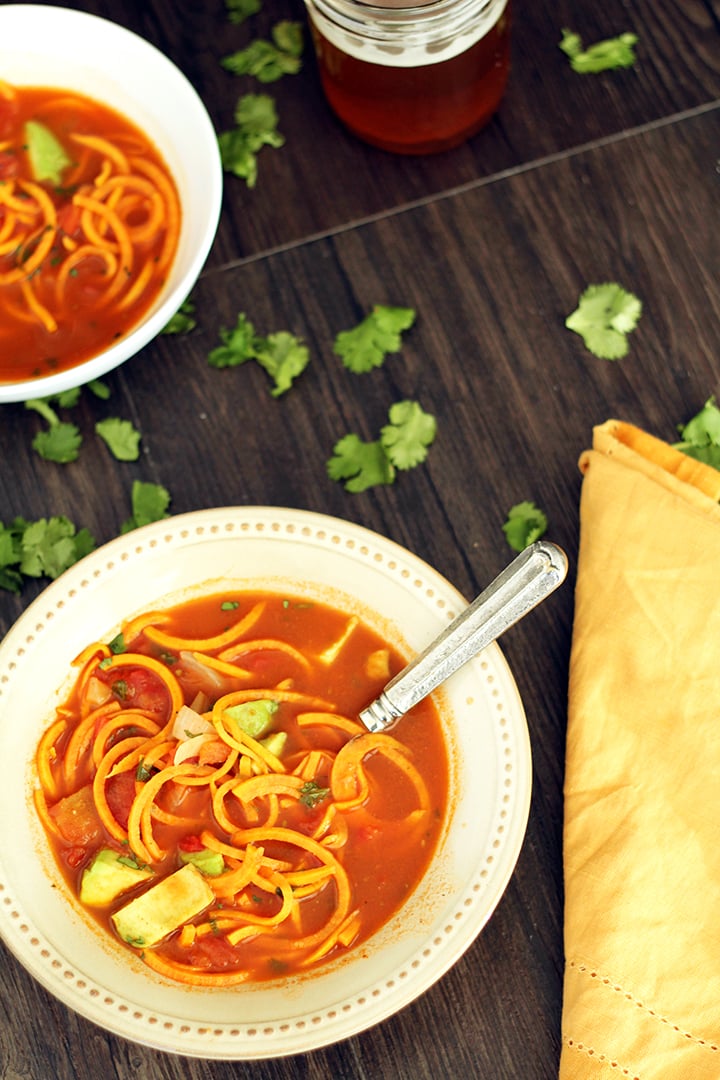 The avocado absorbs the flavors of the broth and cooks from the heat, giving a luxurious bite to this soup. Plus, it gives it a little more substance. If you’re not a vegetarian, swap in chicken broth here to give the soup even more rich flavor. 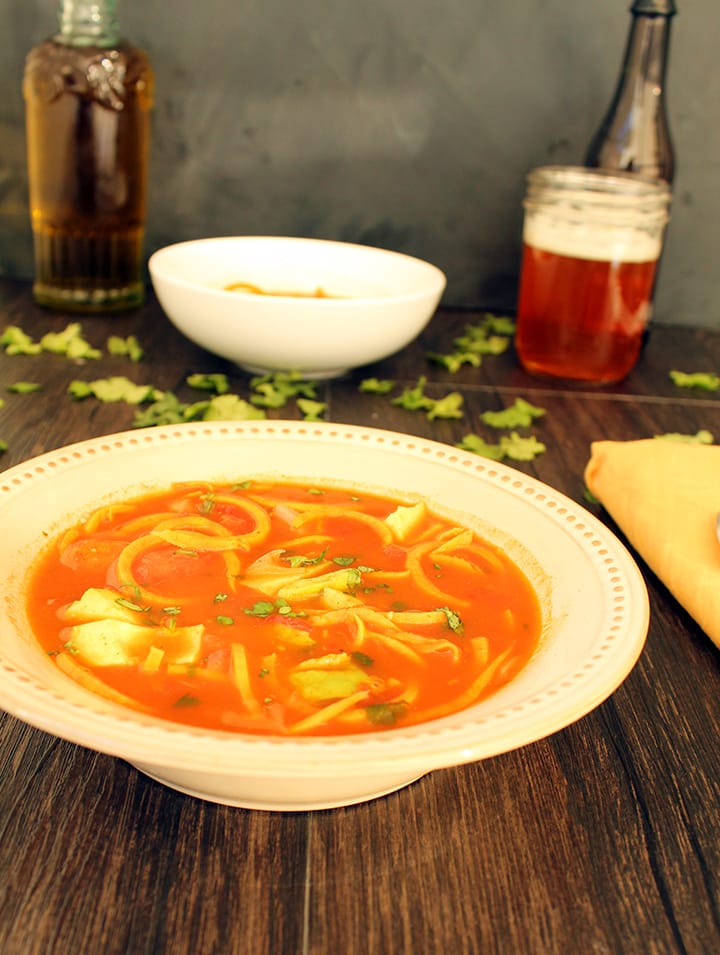 While I probably sound like a broken record by now, the sweetness of these noodles just add more dimension to the soup. The softness of the noodle are absolute perfection here. Plus, since they’re sweet potato, you can make these for leftovers and not have to worry about wateriness, like you do with zucchini noodles. 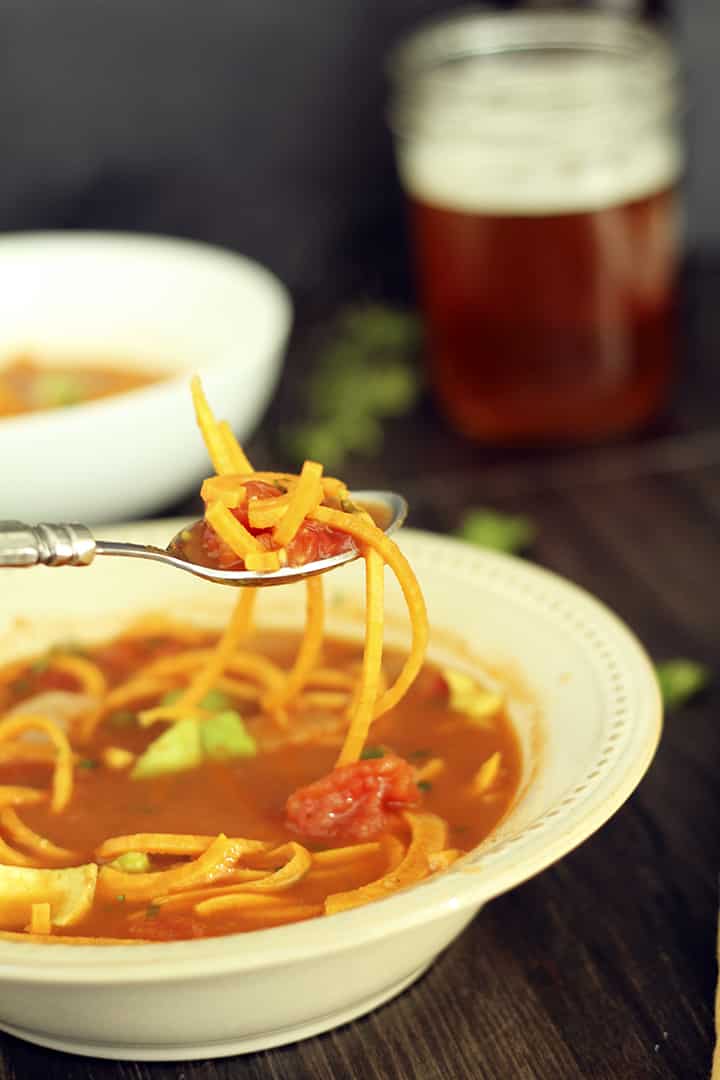 I’m really on a soup kick. I’m kinda diggin’ it.

What’s your favorite soup with noodles?

*If you're not a vegetarian, use chicken broth - it adds much more flavor.
**Since we are making fideos, slice the sweet potato down the middle into the center (be careful not to push the knife all the way through the sweet potato!) 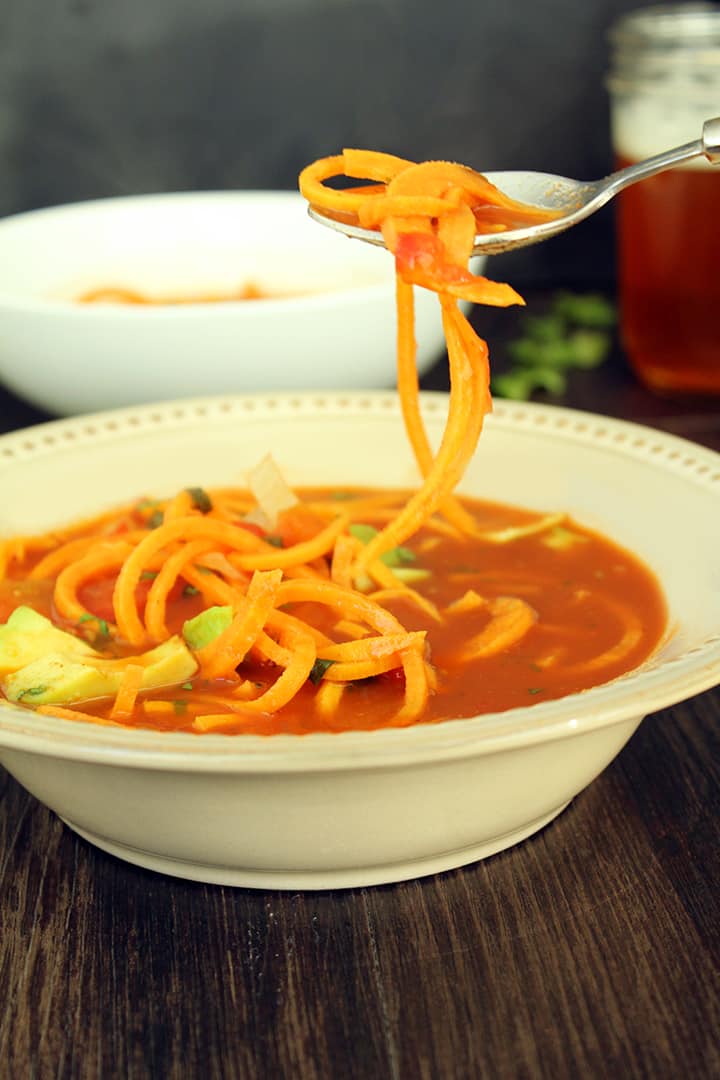 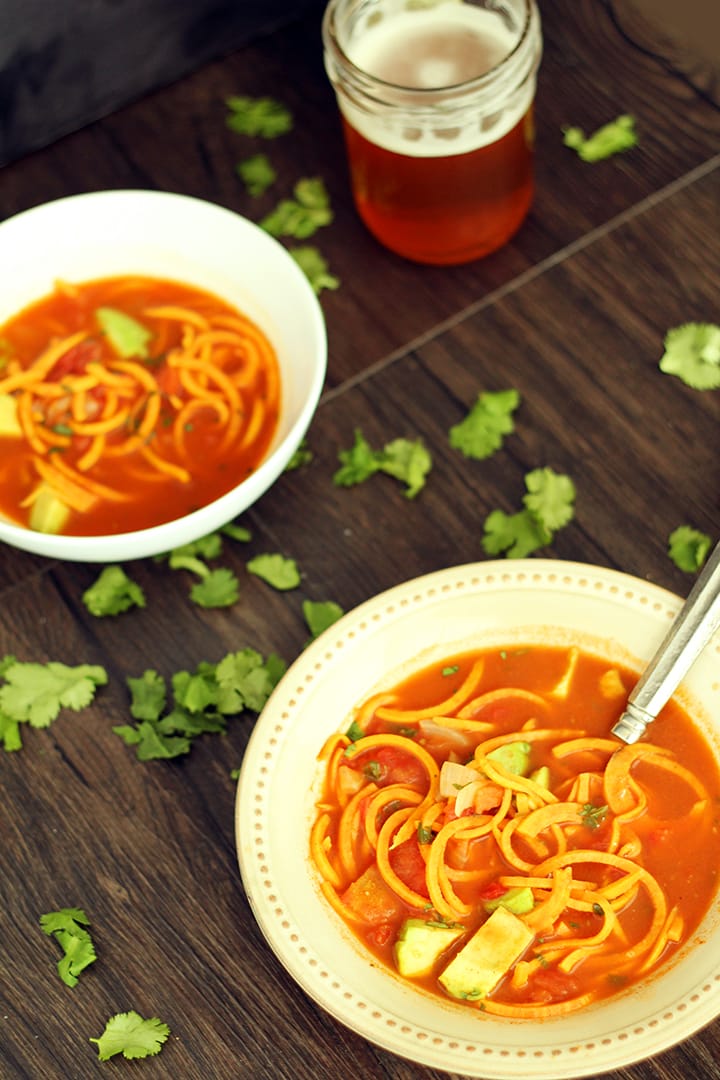 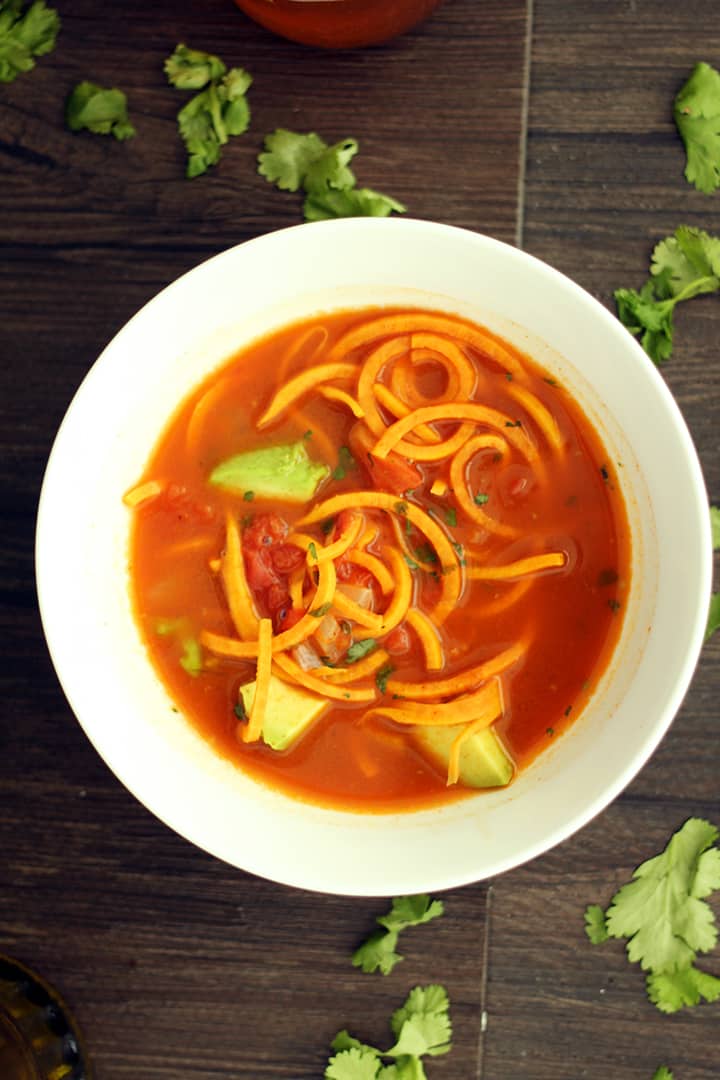 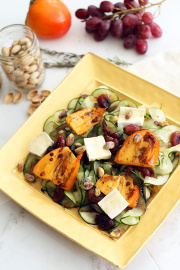