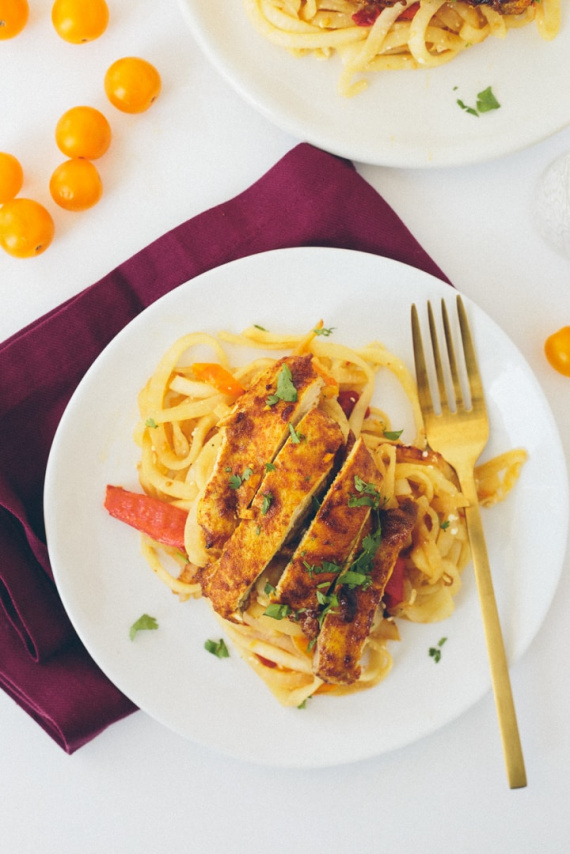 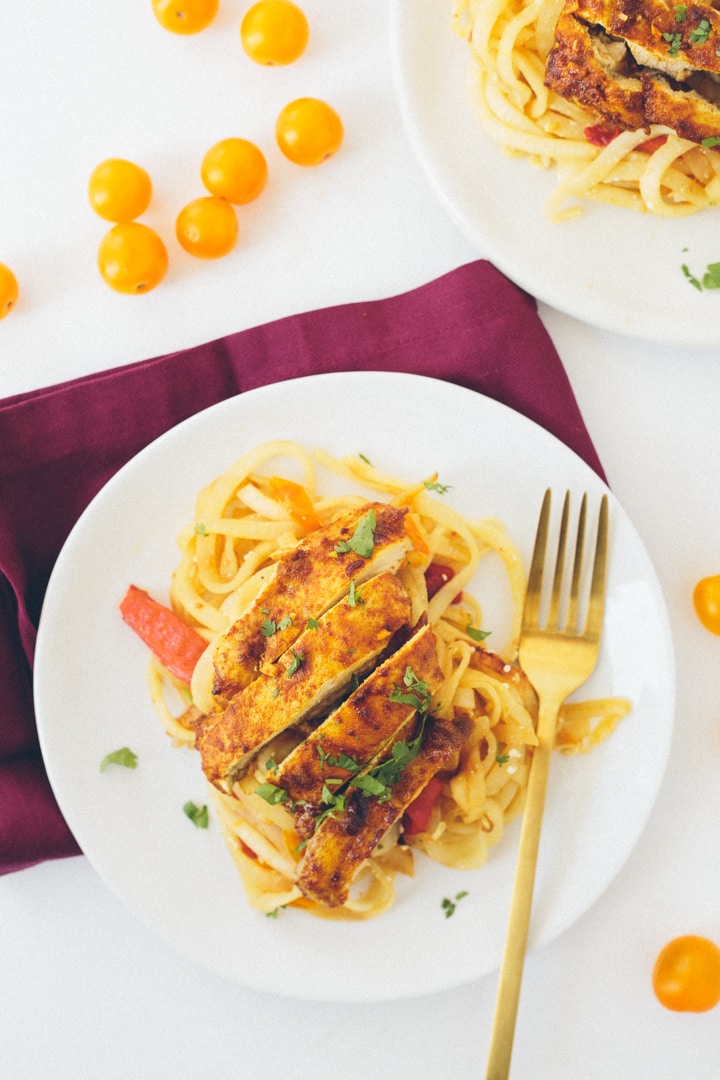 To say that I’ve had computer issues today would be a vast understatement.

Literally, big black boxes have been scattering all over my screen all day and I’ve had to restart at least a half dozen times. I probably should go to a computer technician, but who has time for that?

Instead, I’m posting up today’s recipe, which is a pasta-spin on my Moroccan kebabs with celeriac rice! 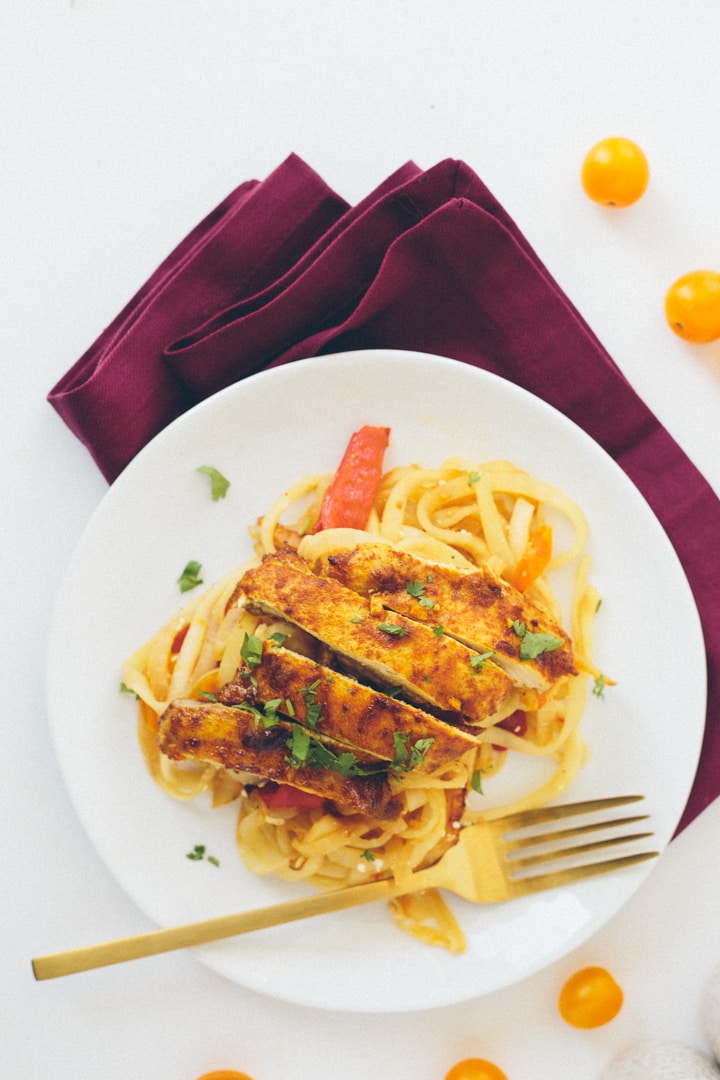 I don’t have much time, because my computer screen literally looks like an EDM light show, so let’s get straight to it.

I wrote this recipe to be made with kohlrabi or turnips, because I made it with kohlrabi the first time and then, when I went to make it the second time (today, for the blog), the grocery store was out of kohlrabi, so I had to grab turnips instead. 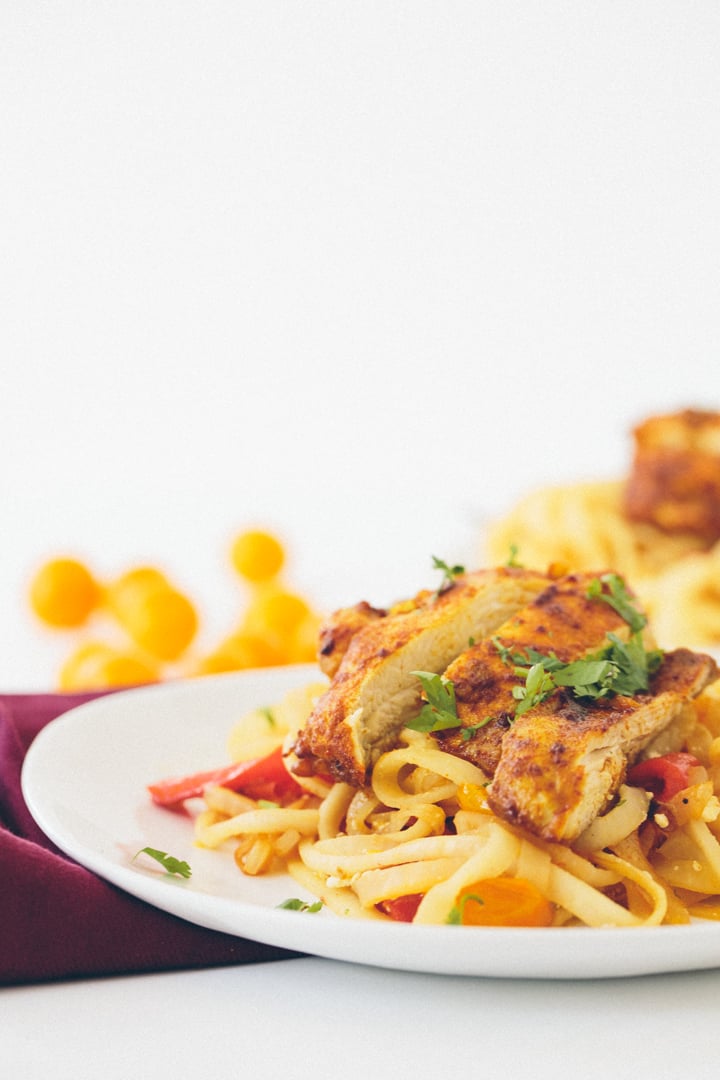 The burst tomatoes with the turnip noodles and the rich flavors of the marinated Moroccan chicken is heavenly. My favorite part? The feta.

When you fold in the feta, it melts slightly (feta’s not a melting kind of cheese) to create a velvety smooth, savory sauce alongside the bursted sweet golden tomatoes. 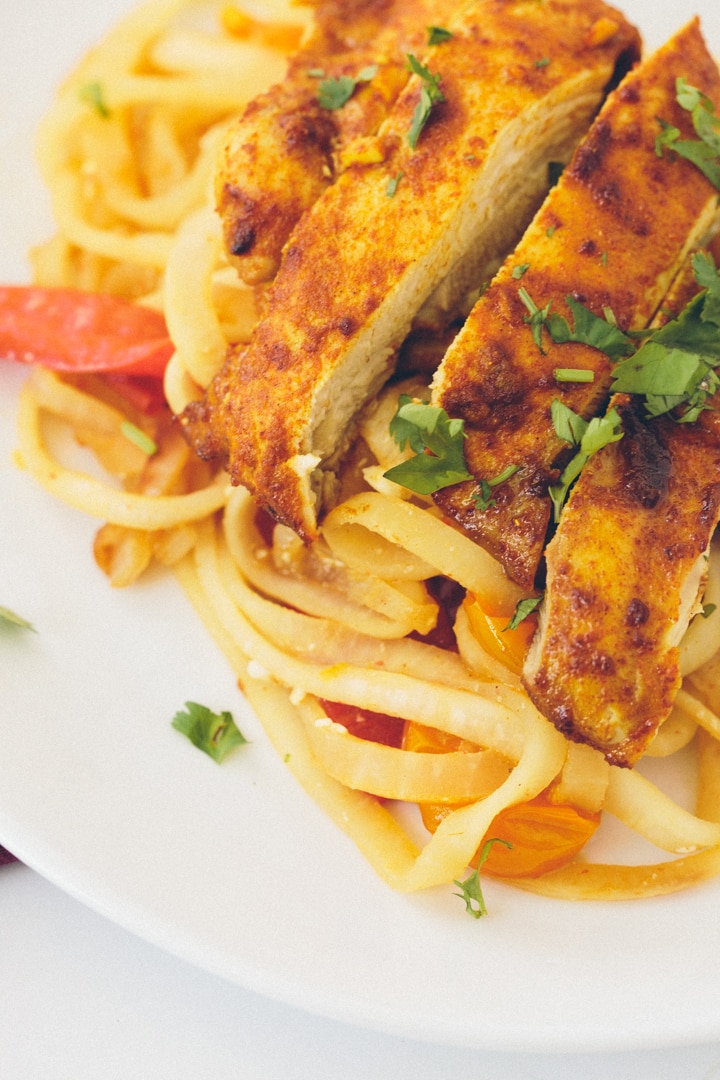 Don’t be afraid by the time of this recipe – a lot of the prepping happens while you wait for the certain elements to cook (the chicken, tomatoes, peppers.) It’s somewhat of a time-consuming recipe, but it’s simple cooking techniques and of course, well worth it.

If you’re looking for meal planning suggestions, this is it! It reheats very well and keeps its flavors well. 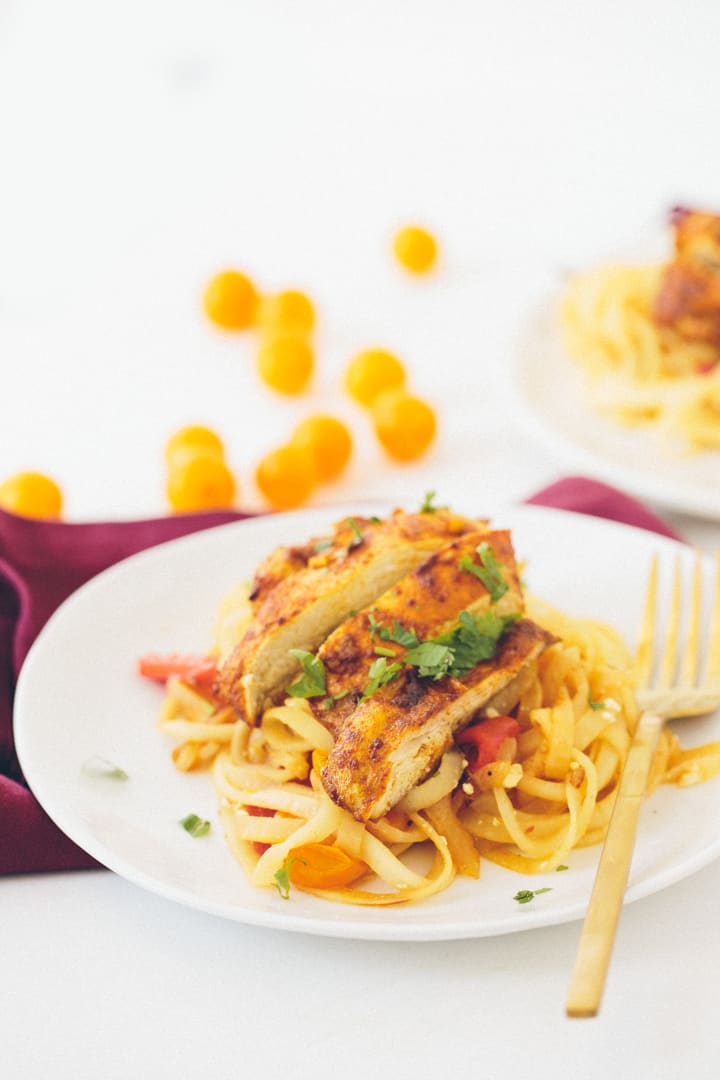 Okay, back to figuring out this computer situation – hope you love the recipe, sorry for the delay!

Do recipes that take a while to prepare and cook turn you off or do you accept the challenge? 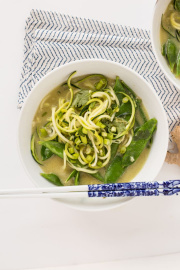