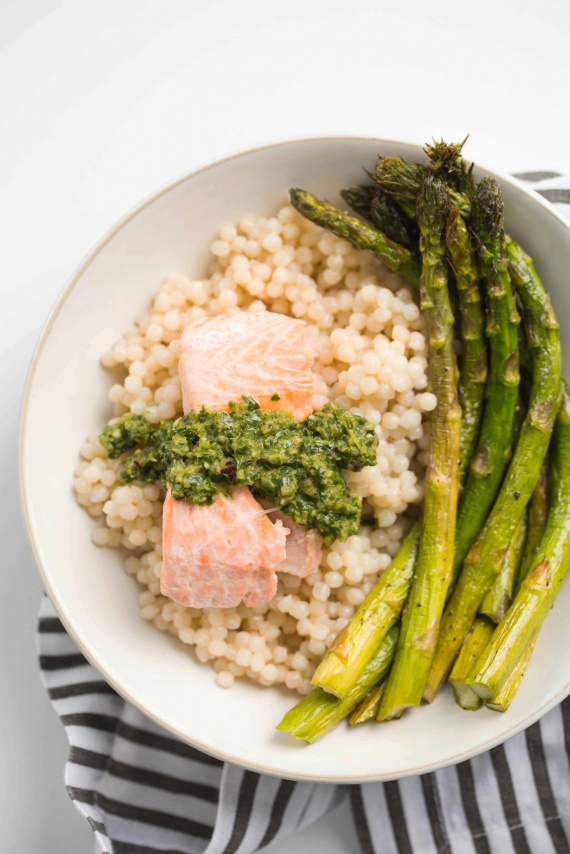 Bowls, Seafood
I pretty much say this every time a month ends, but I REALLY can’t believe...
jump to recipe
share this recipe 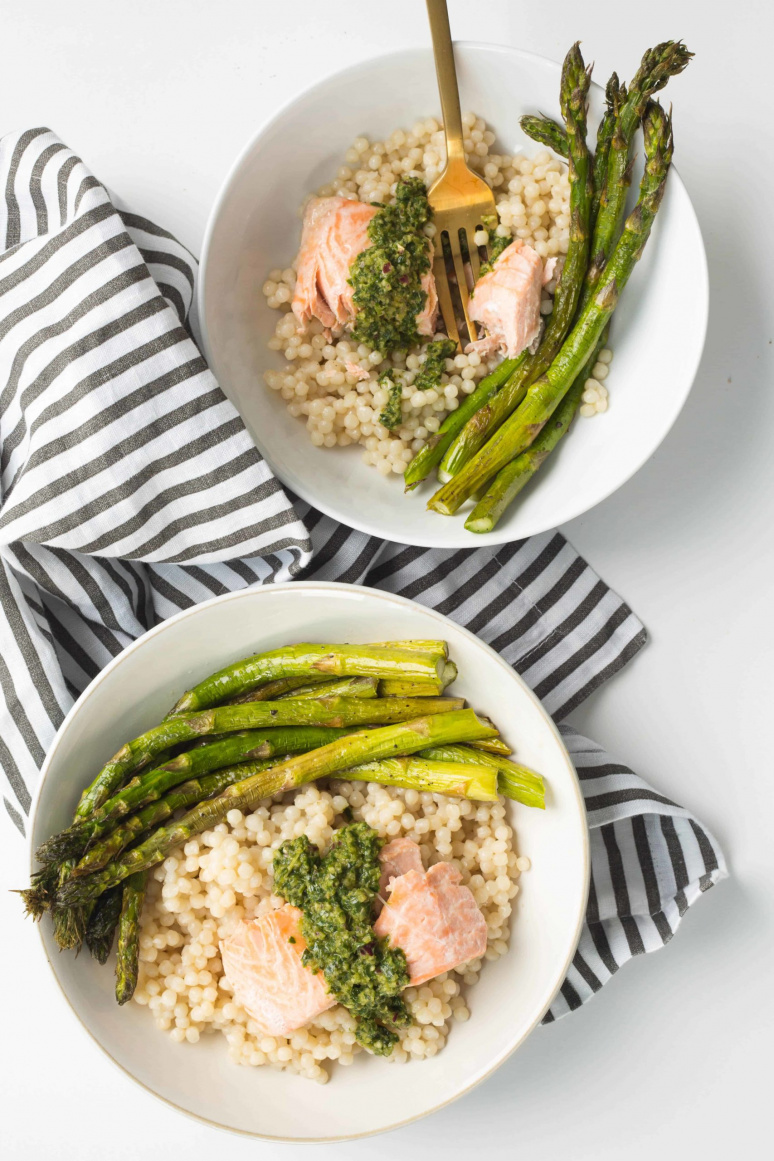 I pretty much say this every time a month ends, but I REALLY can’t believe July is over!

It’s the last Sunday post of the month, which means it’s another installment of #BeyondInspiralized, where I share a non-spiralized recipe, just something I’m making at home and want to share!

I’m a huge fan of couscous and I love the pearl variety (also known as Israeli couscous) that I’m using in today’s recipe.

When I’m not in the ‘mood’ to cook or I just am lacking inspiration, I usually go with a sheet pan salmon supper – I throw down some salmon, veggies, and a starch and I roast it altogether. OR, instead of putting my starch on the pan, I make it while the veggies and salmon roast. 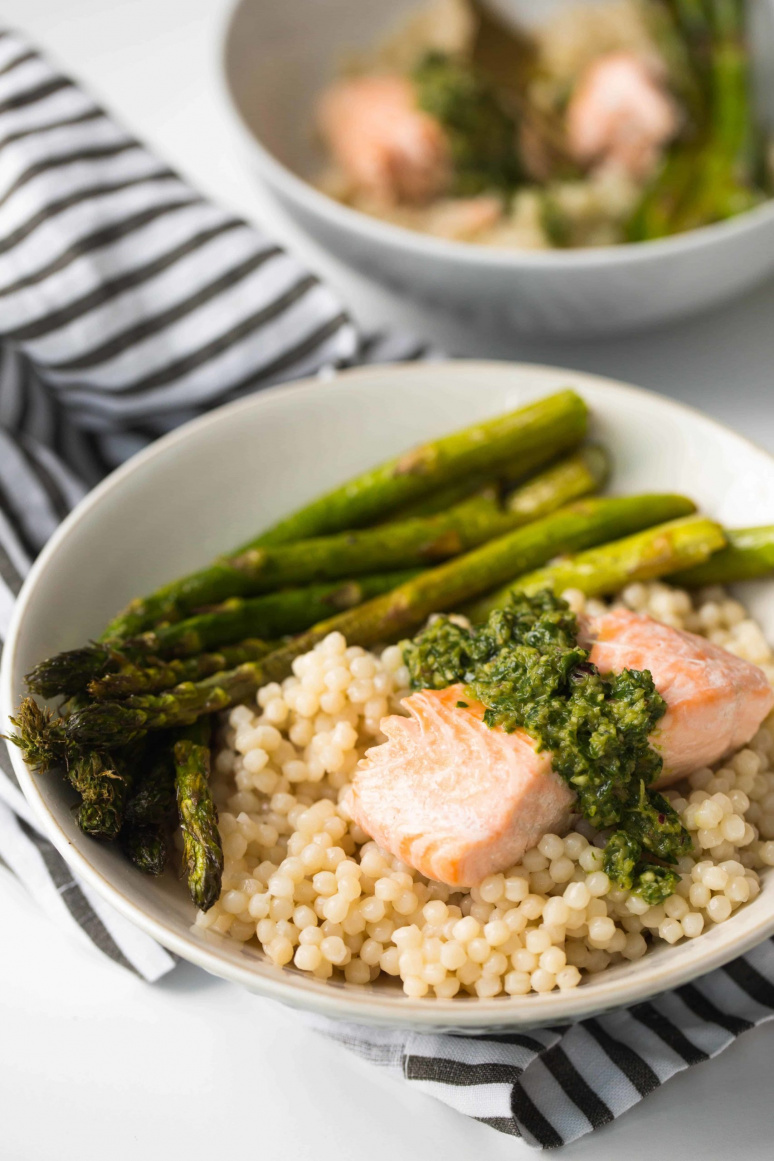 This is a great example of the kind of easy, go-to meal I make during the weeknights (that isn’t spiralized.) The chimichurri sauce can be replaced for a canned pesto, if you’re really crunched for time – but it coats the couscous so well, as would a pesto.

Being in my third trimester, I’ve tried to eat wild salmon at least once a week! Apparently, it’s great for the baby’s development at this stage. I’ve tried not to get too crazy about the exact things I eat each day (I don’t make lists of all the foods, for example), but I’m definitely more conscious of making sure I sneak in certain foods each week. 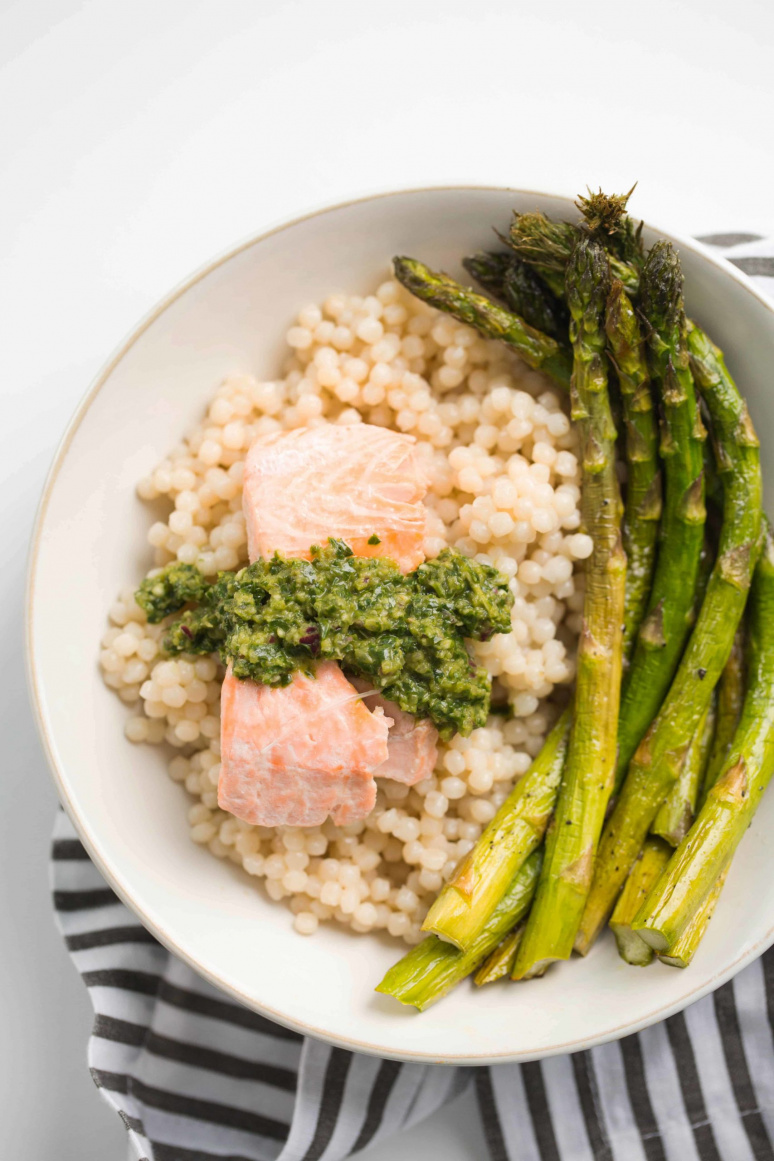 If you’re not a fan of salmon, try this with grilled chicken or if you’re a vegetarian, swap in some roasted tofu! And yes, you can use traditional couscous, but the pearled couscous here works so much better! 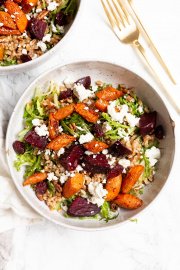