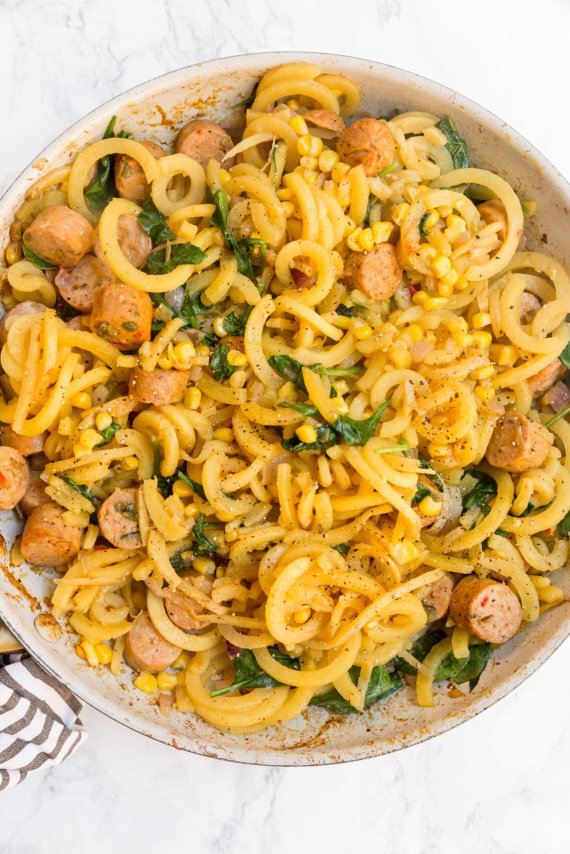 Dairy Free, Gluten Free, Entrees, Meat & Poultry, Potato
Use up all that fresh summer corn in this skillet, made with spiralized potatoes, spinach, and chicken sausage. A farmer's market friendly meal that comes together in one pan!
jump to recipe
share this recipe

I always have frozen corn in the refrigerator, because it adds a sweetness to lots of dishes and always reminds me of summertime, even in the middle of winter! Now, it being summer, you can slice fresh corn of the cob for this recipe for a summery skillet dish you’ll be making over and over again. 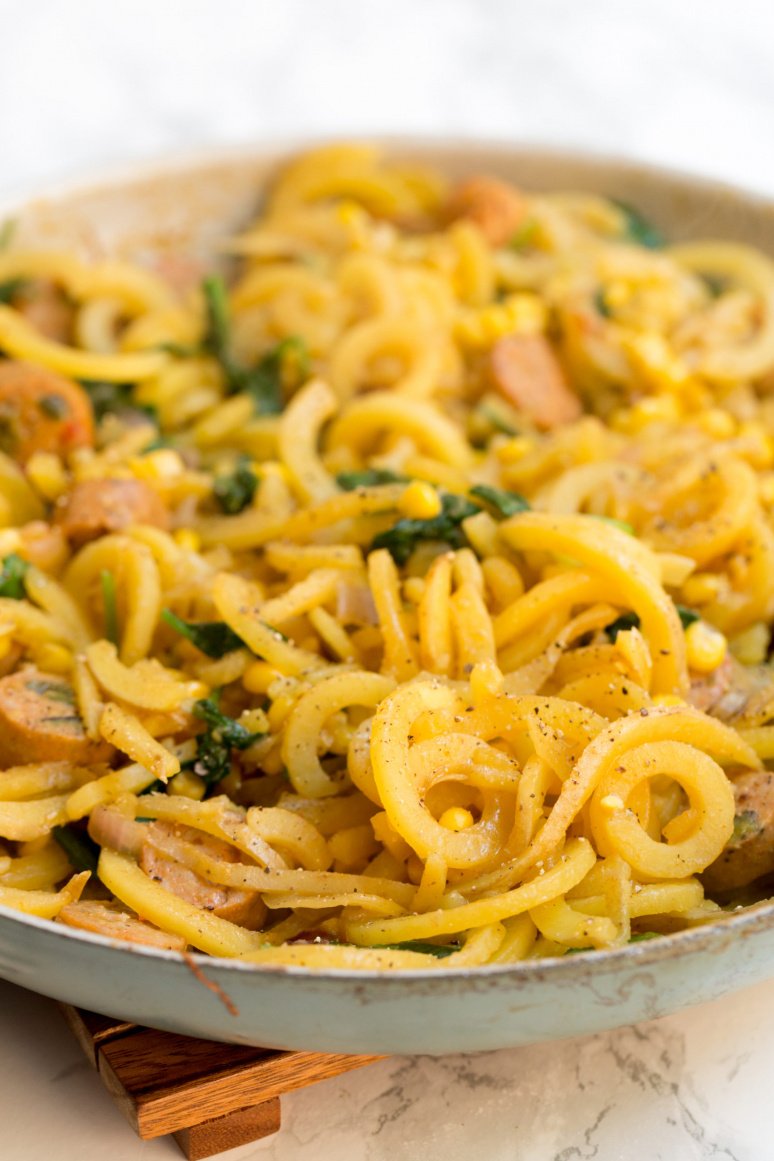 The skillet dish starts off with chicken, onions, and corn to set the pace for the flavor of this dish and the spiralized potatoes absorb those flavors. It takes about 15-20 minutes to cook the potatoes until they’re al dente, like a pasta, but if you want them softer, cover your skillet and uncover to toss occasionally, allowing the potatoes to steam cook and soften more. 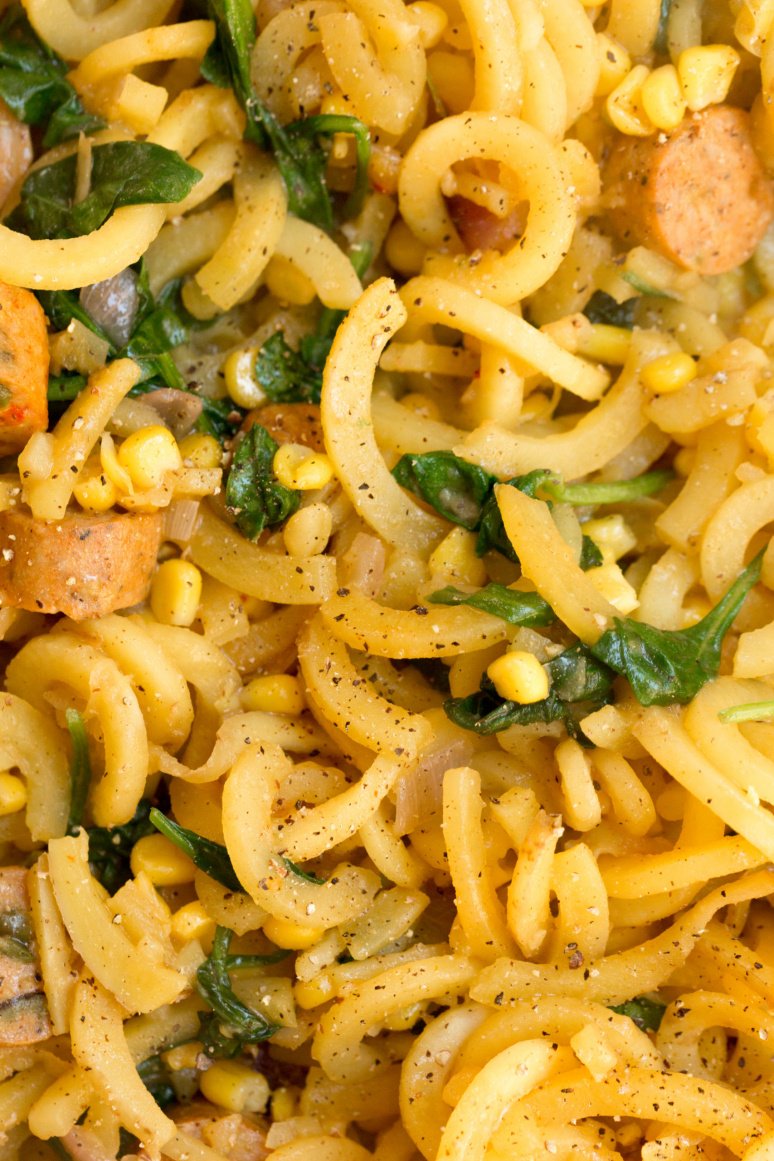 I love skillet meals and this one has it all – flavor, vegetables, starchy goodness, and most importantly, it saves well for leftovers. You can reheat this in the microwave or on the skillet and it even works well as a breakfast – add some scrambled eggs or a fried egg. 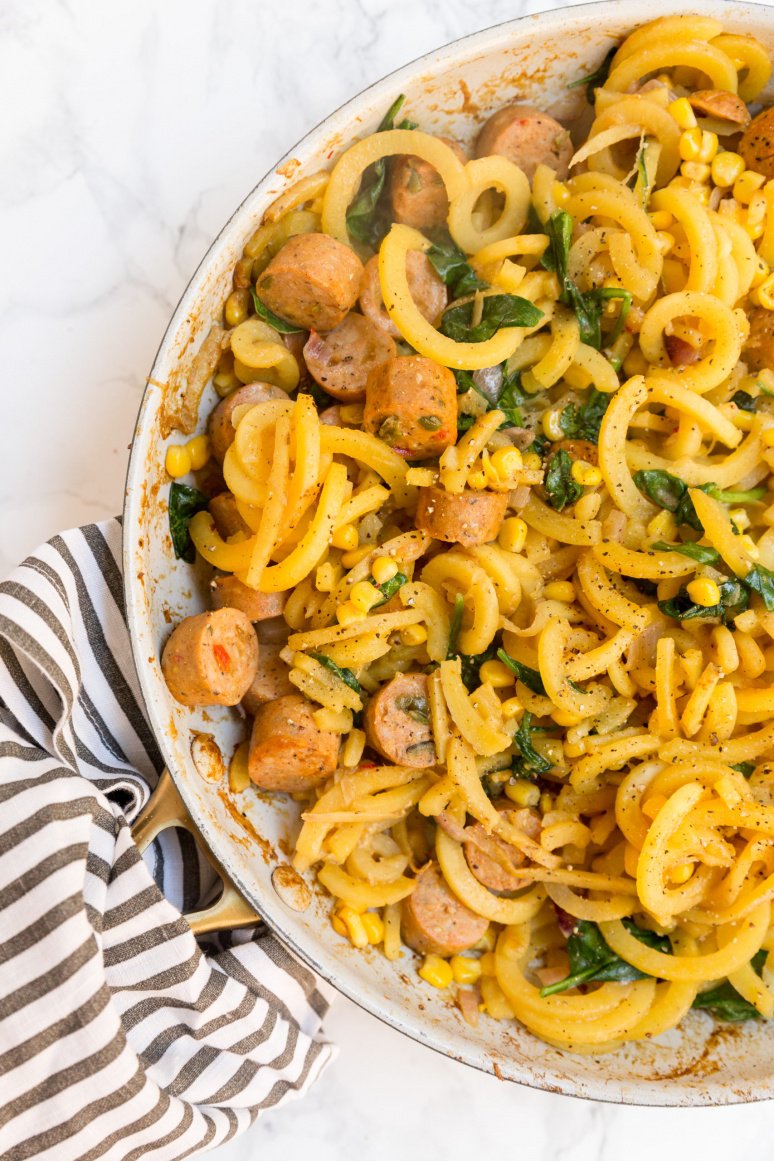 If you don’t eat chicken sausage, you can replace with your favorite veggie sausage or just omit and add some white beans for protein. 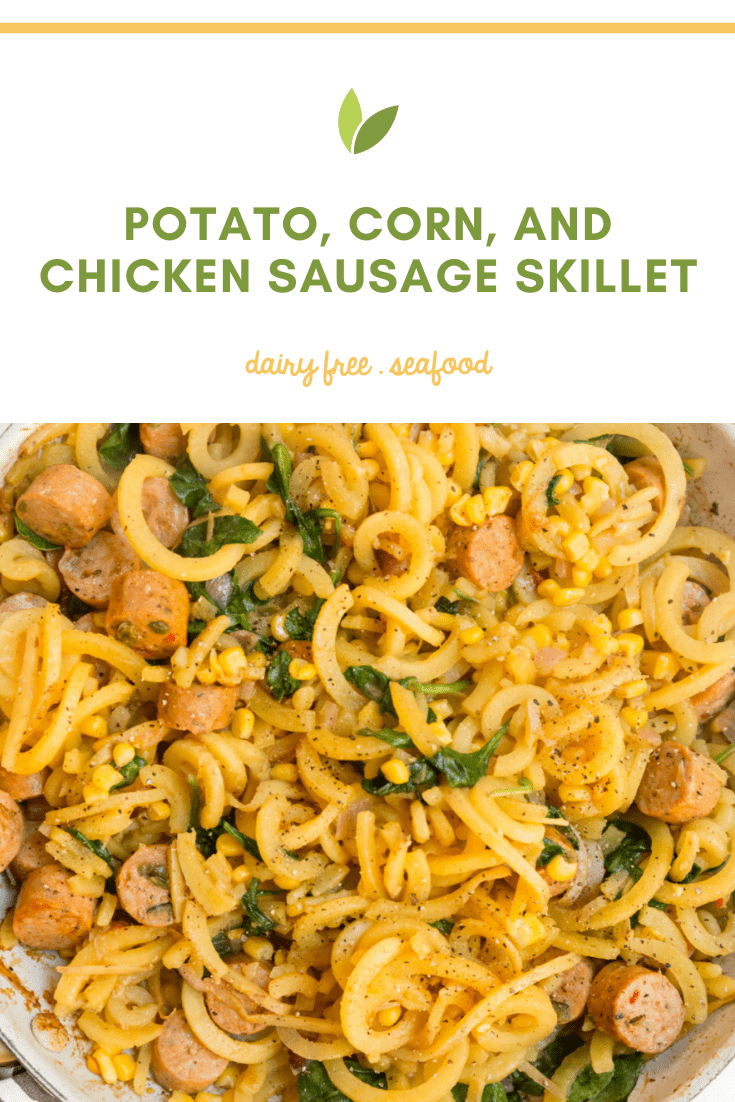 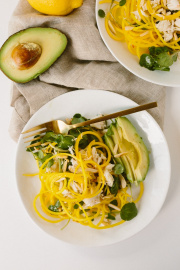