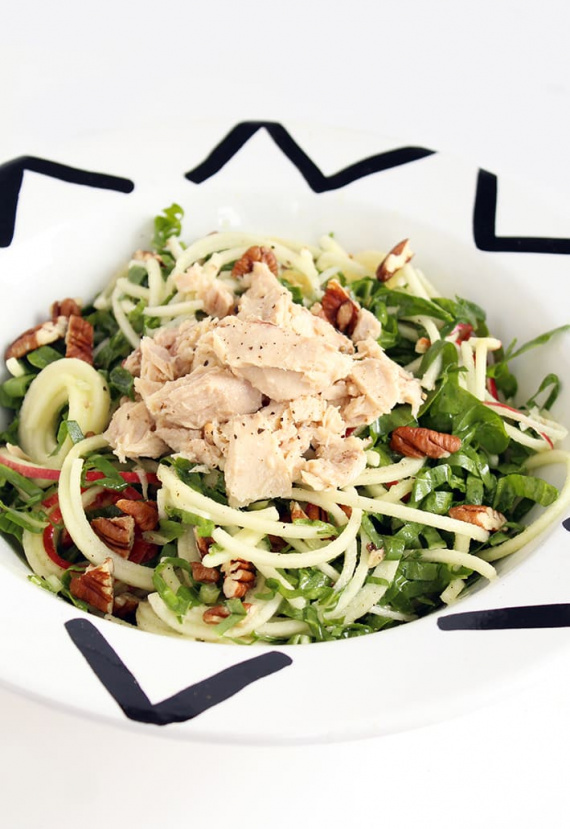 Recipe by Vegetables, Gluten Free, Paleo, Salads, Noodles, Seafood, Apple
Shredded chard should be on every single menu at every single restaurant… in the world!...
jump to recipe
share this recipe 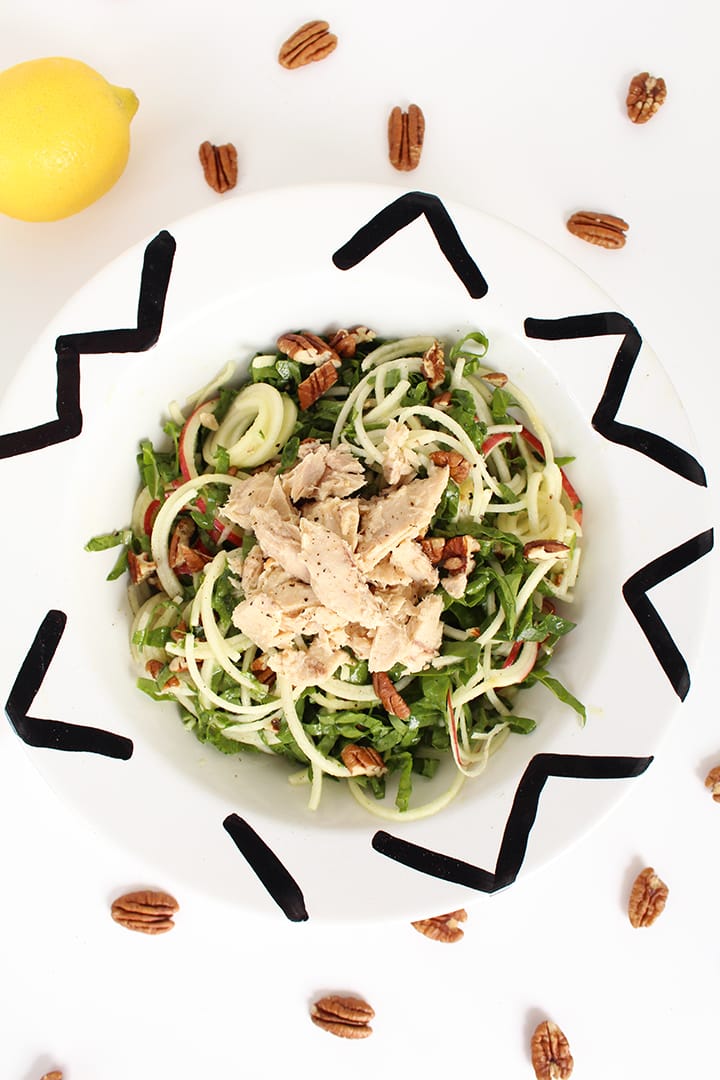 Originally, I was going to recreate one of my older recipes with better pictures and post it up today – I had been craving it for dinner, so I figured why not kill two birds with one stone and make a blog post out of it and save the rest for leftovers.

That recipe was this one – the Escarole and Lentil Tower with Zucchini Pasta. 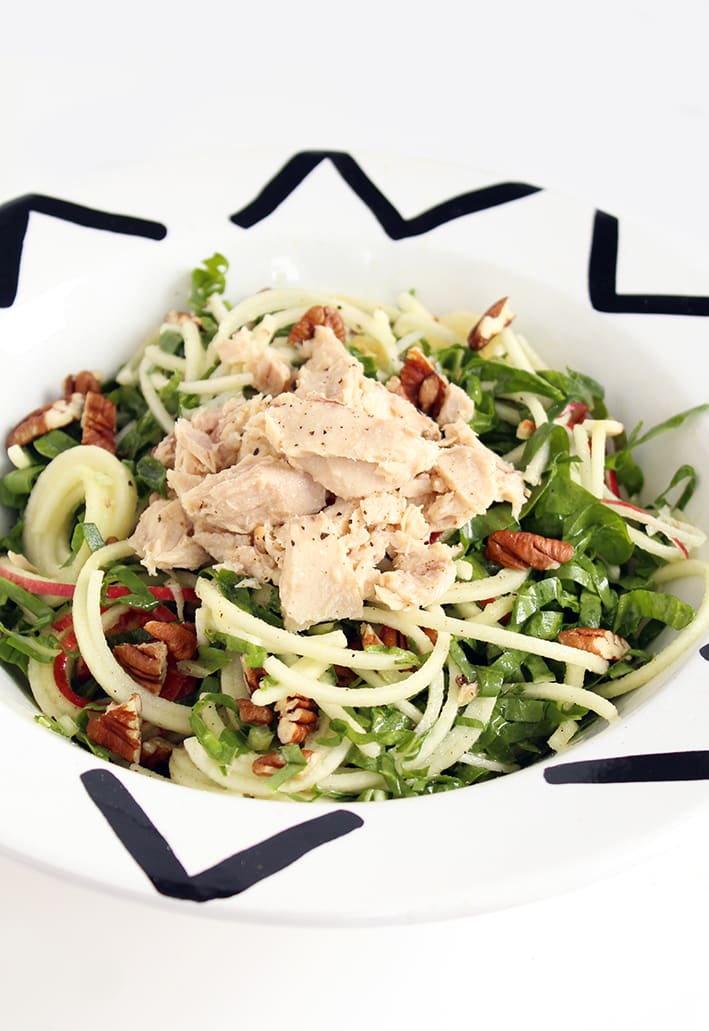 Ugh. Obviously, I scrapped the lentil tower, because, well, the lentils were “dirty” and I was frustrated. Sometimes, a girl’s gotta take a hint from the powers that be, ya know?

The lentil tower was not in the cards for me that day. 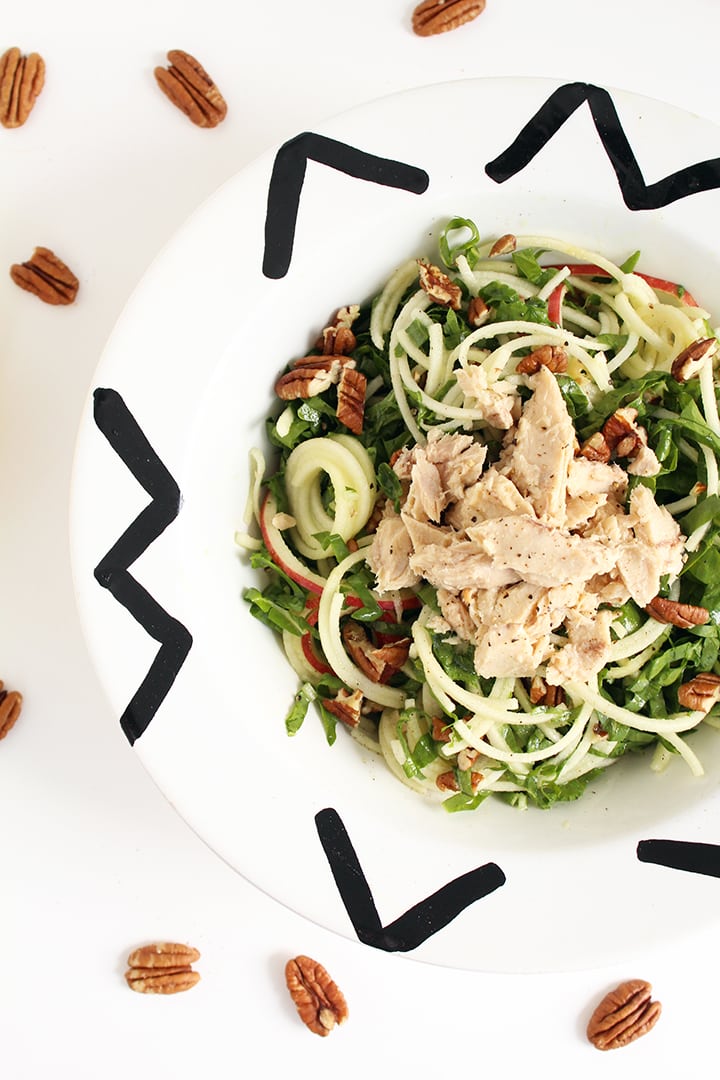 I had swiss chard that I bought for dinner, but I realized that I forgot I wasn’t going to be home Thursday or Friday of this week, so it was most likely going to go bad.

I opened up my fridge, grabbed the chard and looking for inspiration, I Googled “chard salad” and came up with a Food52 recipe, featuring shredded chard. GENIUS!

I’d make a salad with shredded chard. I’d been meaning to make a tuna salad for lunch, so using that mindset, I landed on today’s recipe. Honestly, the apple noodles seal the deal here. Without the apple noodles, you wouldn’t get that crunchy, light, moist consistency or the sweetness that negates any bitterness that comes with uncooked chard. 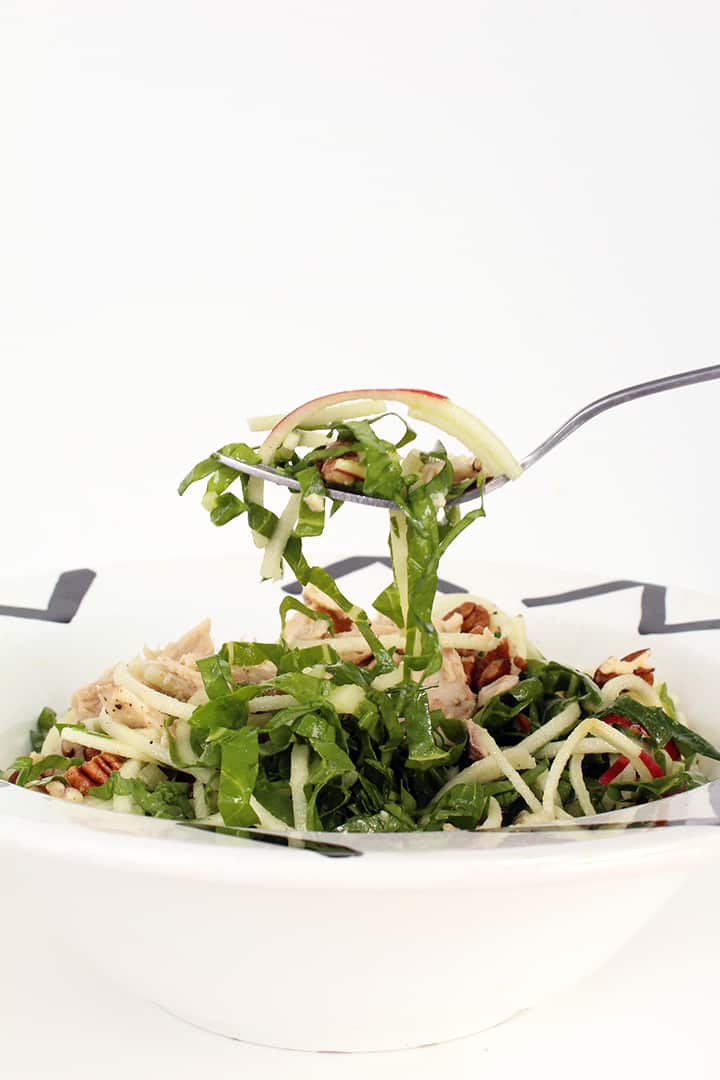 The pecans are for the crunch and because who doesn’t love pecans with apples? Or pecans alone. Or in a house, with a mouse.. or in a box, with a fox.

Okay, if you didn’t get that Dr. Seuss reference, I’m disappointed.

Make this shredded chard and apple noodle salad for lunch or for a light dinner – it’s perfect for the summertime, as nothing’s cooked or warmed. It literally took me 10 minutes to make and leftovers for dinner were even better, as the vinaigrette sat with the chard and apples for a few hours and softened them.

How do you prefer your chard? 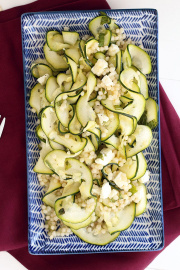