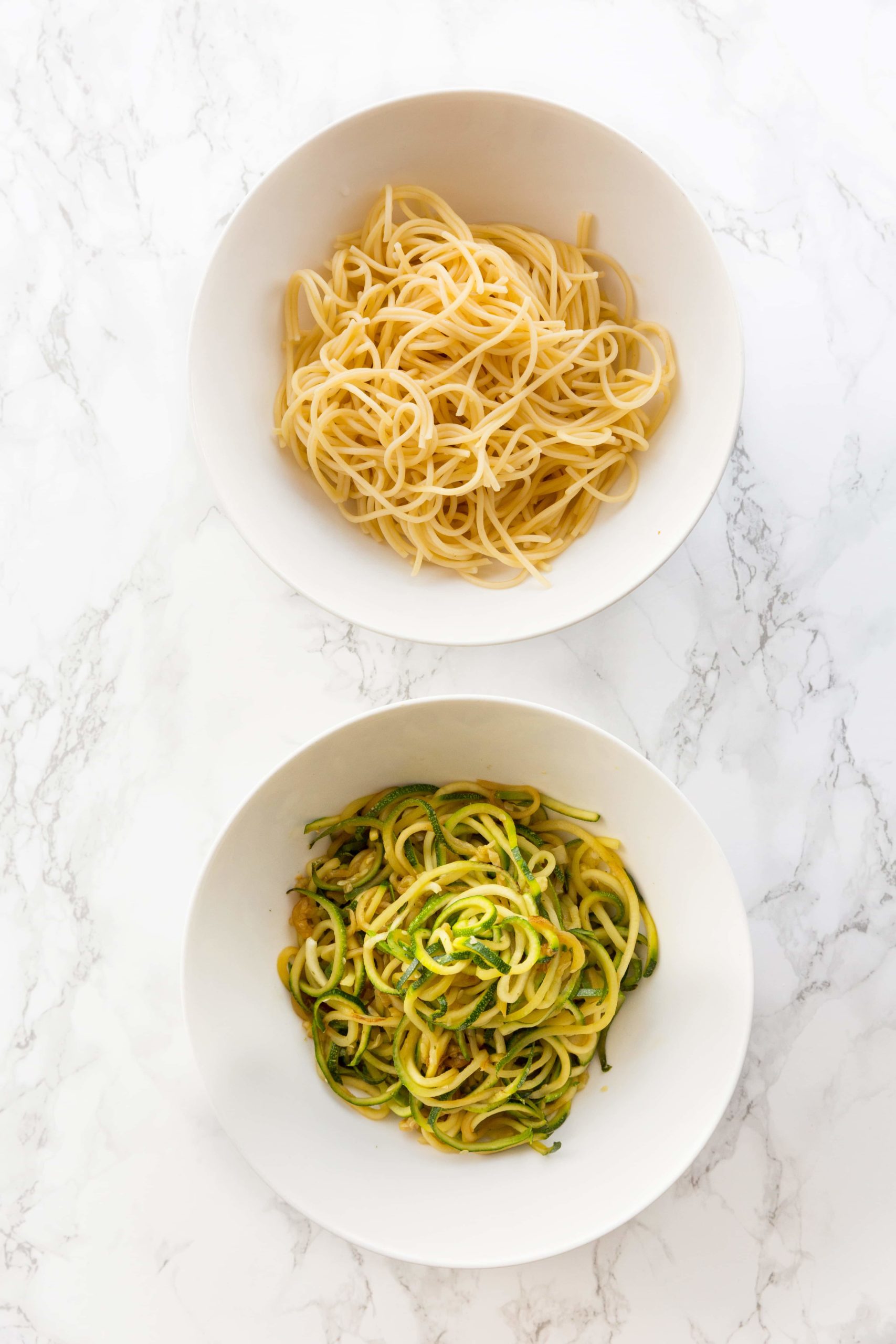 Nutritional information of spaghetti versus zucchini noodles, or, zoodles, made with a spiralizer. 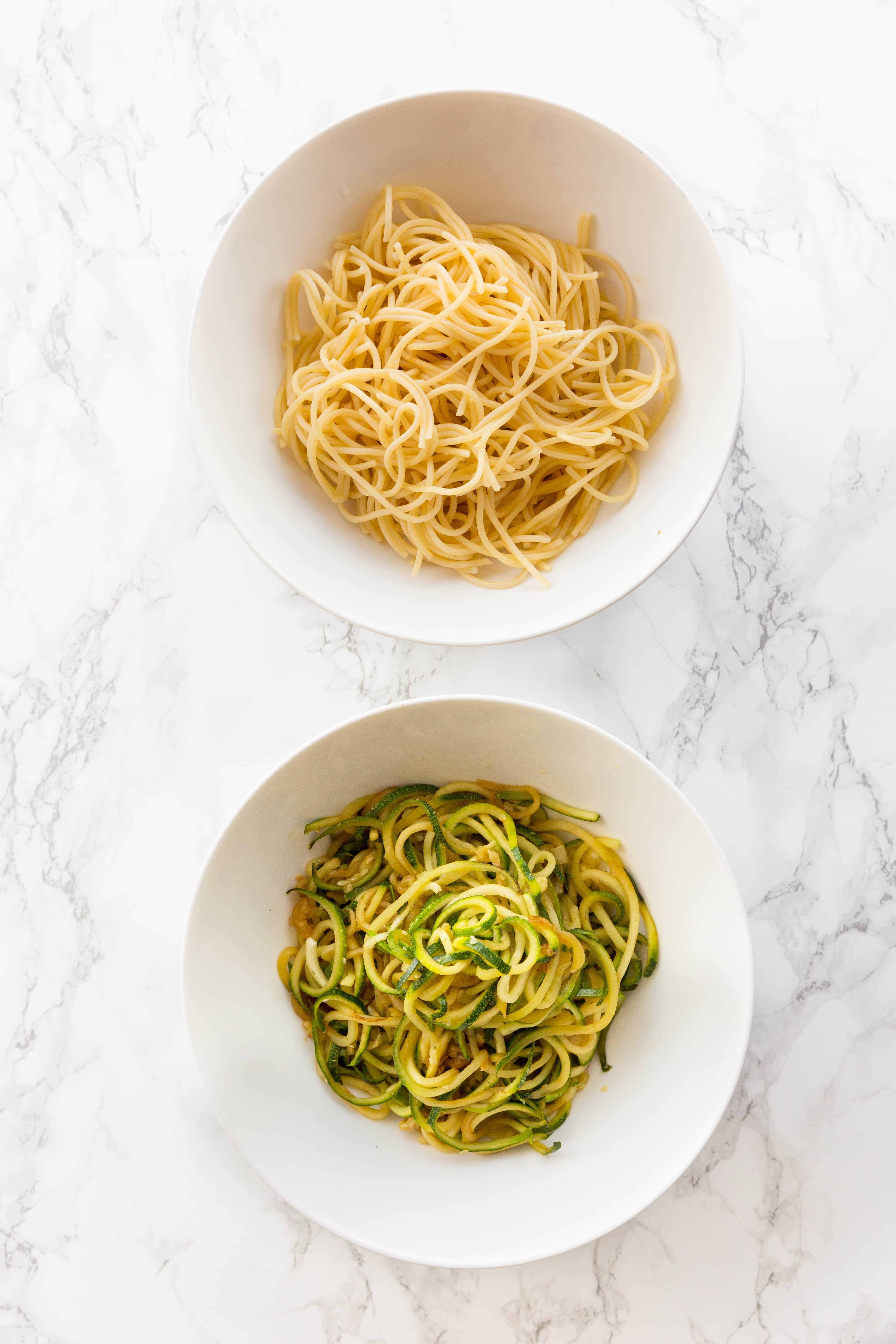 There are many reasons why everyone should spiralize their veggies (actually, here are 9 reasons why!), and one of the main ones is that spiralized vegetables are nutritionally better than “regular” noodles.

We’re not saying to stop eating “regular” pasta and noodles, but if you’re focused on maintaining a healthy diet, spiralized vegetables offer you a bigger bang for your buck, nutritionally.

Let’s take a look at the nutritional profile of spaghetti versus zucchini noodles or, as many call them, zoodles. There are many different types of vegetables you can spiralize, but since zoodles are the most popular, we’ll start there!

A note on serving size

We recommend spiralizing just about 1 pound of zucchini per serving (for a large, lunch or dinner-sized meal) – that equates to about two medium sized zucchinis or 2 cups, cooked. With regular wheat spaghetti, the serving size is less than 1 cup cooked – actually, about 3/4 heaping cup. That’s a bummer, who wants to eat that little?! Already, you’re losing with regular spaghetti, because you can’t eat as much!

One serving of zucchini noodles

One serving of wheat spaghetti

But, as I said, I would never just eat one spiralized zucchini — that would never satisfy me! For your information, here’s the comparative information behind a large, 2-cups cooked serving of zucchini noodles versus the same of wheat spaghetti (2 cups, cooked), which, is probably what you’d get at a restaurant or serve yourself to feel satiated:

One true serving of zucchini noodles

One large serving of wheat spaghetti

OR, if you’re a visual person: 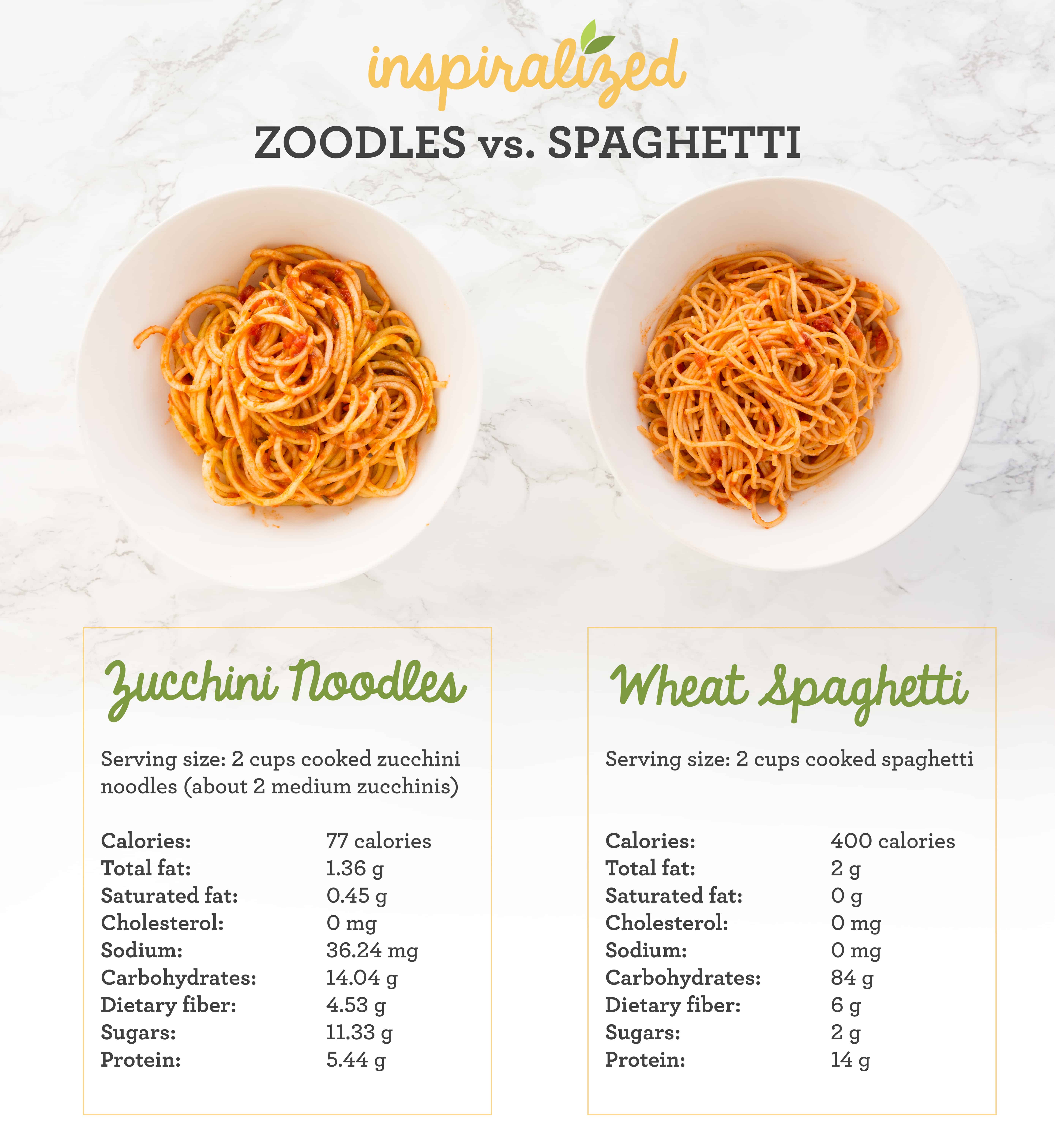 If you’re someone who likes to eat large portions, zucchini noodles (and spiralized veggies, in general!) are your friend. For the same two cups of noodles (pasta vs. zoodles), regular wheat spaghetti has over FIVE times as many calories, and almost SIX times as many carbohydrates!

Where regular spaghetti wins is in protein – it’s higher in protein than zucchini noodles, so, if you’re a vegetarian using wheat pasta as a protein source, keep that in mind! The differences in sugar and sodium can’t really be compared, because wheat spaghetti is processed and zucchini noodles are completely natural – the sugar and sodium amounts are a natural part of the vegetable, not added/processed.

Which one will you choose? 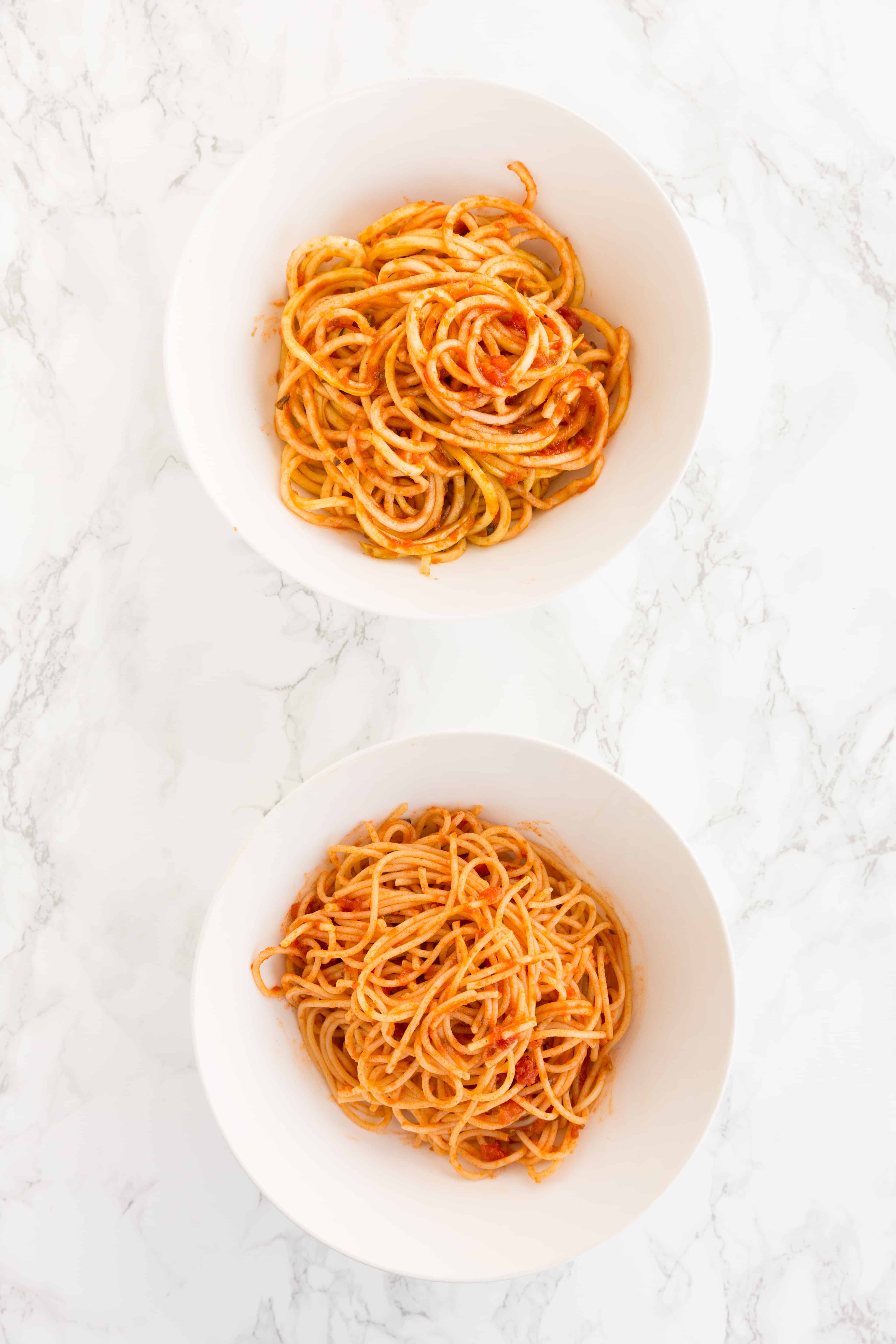 Hope this was a fun comparison and look into the countless benefits of spiralizing! 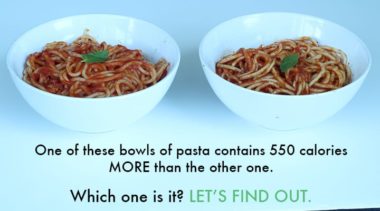 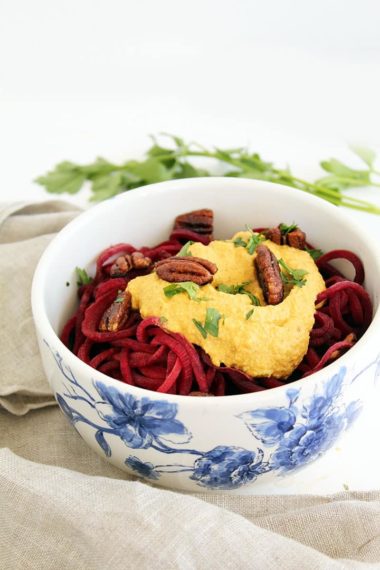 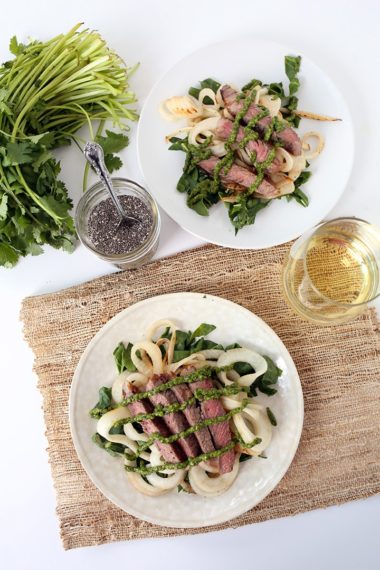 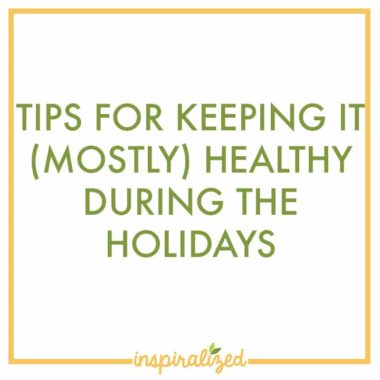 Tips For Keeping It (Mostly) Healthy During the Holidays

Stephanie says:
July 17, 2018 at 11:58 am
I know someone who often does half-and-half whole wheat spaghetti and zucchini noodles. That way you get the benefit of the protein and fiber from the whole wheat, plus all the other good stuff from the zucchini. She cooks the spaghetti as normal, and in the last 30 seconds throws in the zucchini noodles, then drains them all together. I haven't tried it yet, but I plan to.
Reply
ANdrea says:
July 18, 2018 at 10:20 am
That sounds like a great way to transition because what the post doesn’t mention is that zoodles taste nothing like spaghetti!!! When I tried them I just couldn’t get them down. Ick. But I want to like them. Going to try this method to try to shift from spaghetti to zoodles over time!
Reply
Stephanie says:
July 18, 2018 at 2:35 pm
Andrea, try this recipe: https://inspiralized.com/baked-rutabaga-spaghetti-and-mozzarella/ Of all the ones I have tried, this recipe was the most like actual pasta.
Kristen says:
August 12, 2019 at 6:58 pm
How often do you eat spiraled veggies during the week?
Reply 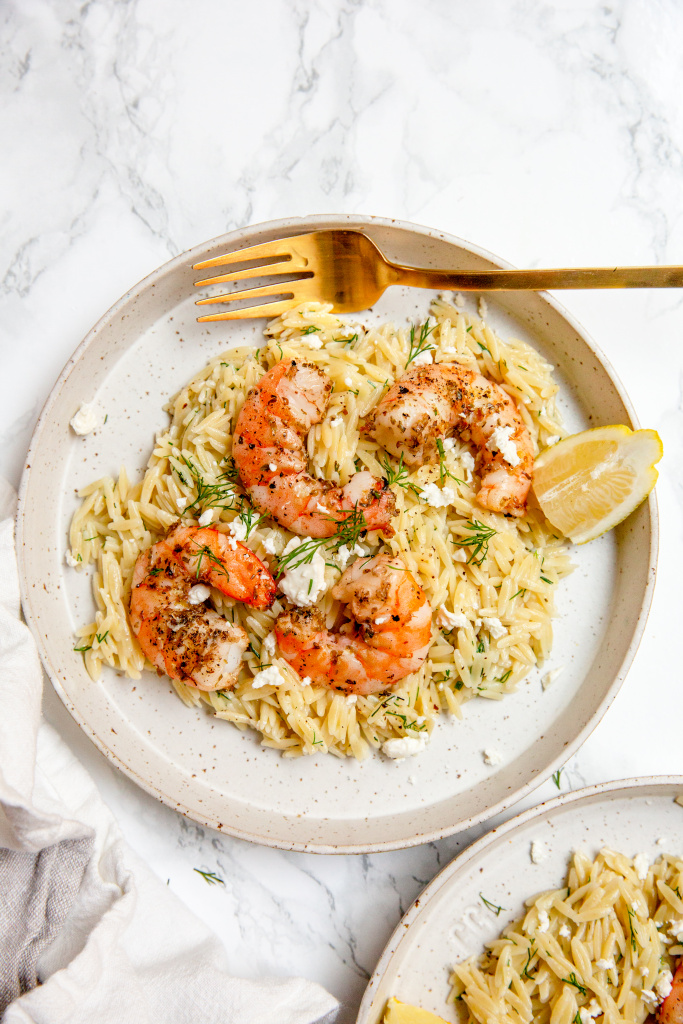 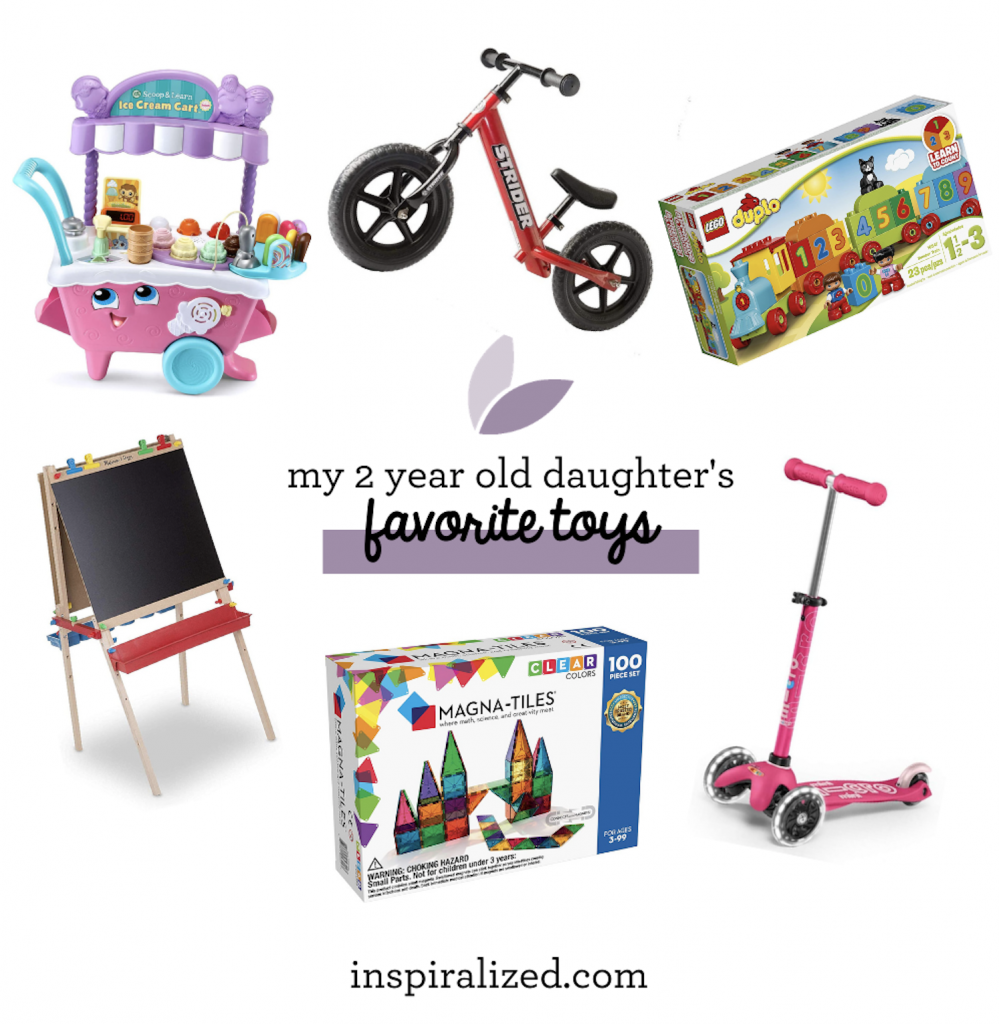 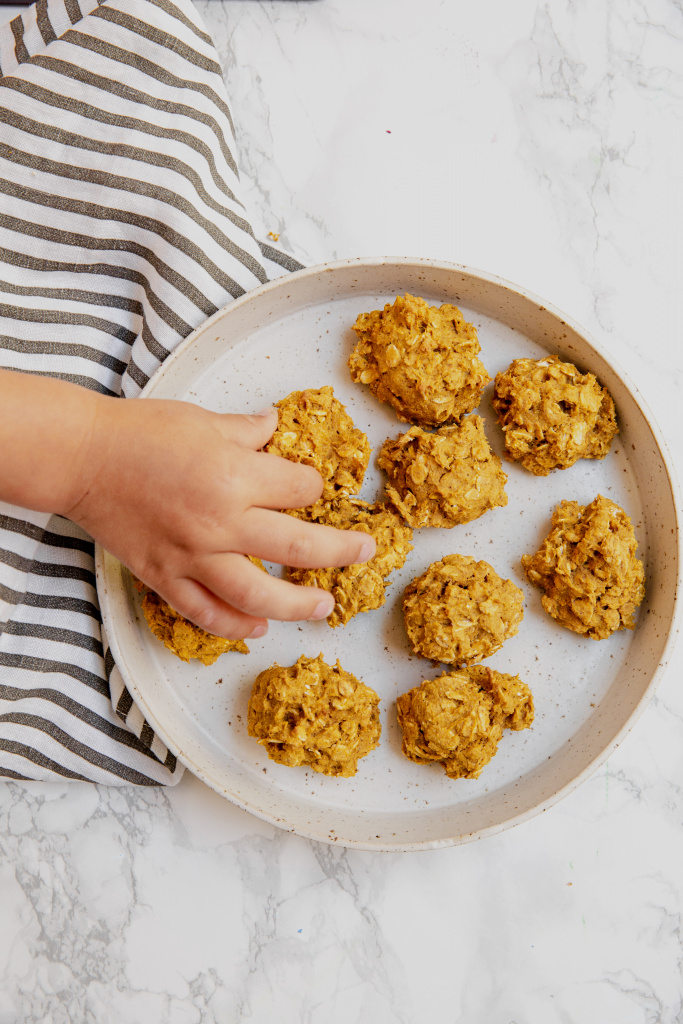