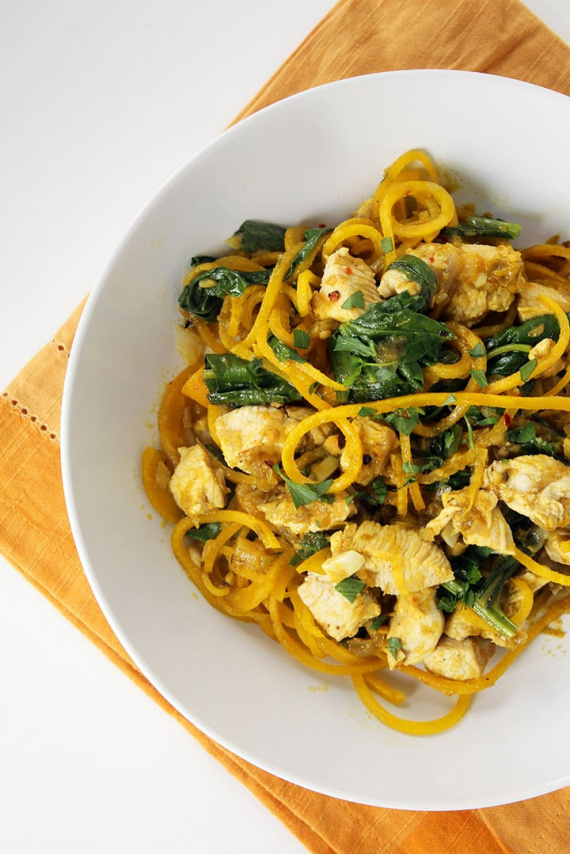 Recipe by Vegetables, Gluten Free, Paleo, Pasta, Beet
I hope you all like this recipe, because I nearly lost a finger making it....
jump to recipe
share this recipe 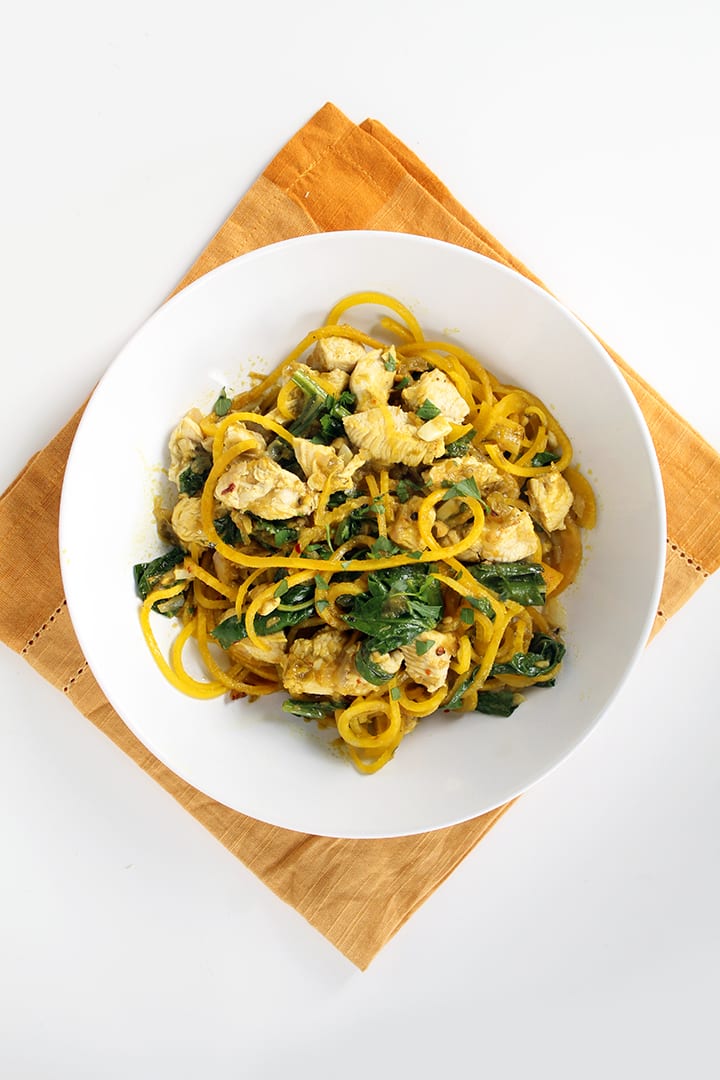 I hope you all like this recipe, because I nearly lost a finger making it. Literally.

While I was chopping the beet greens, I sliced right through my middle finger. I’m going to spare you go the gory details, but let’s just say that my finger will never look the same again. 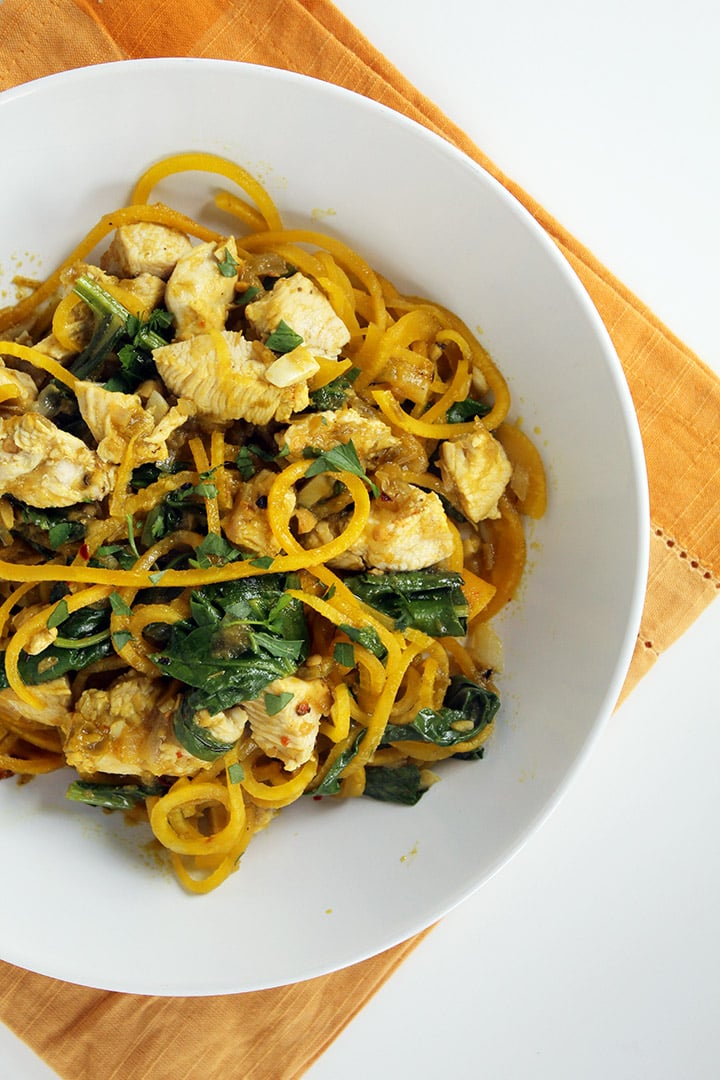 Luckily, the blogging community is incredible and I reached out to Joanne from Eats Well With Others who did the same exact thing a few weeks ago with a mandolin. She gave me her phone number, I called her and she told me right away what to do. What a lifesaver!  Also, check out her blog – she makes amazing vegetarian-friendly food.

Phew – that was a close one. I definitely panicked for a while, calling Lu and my mom. 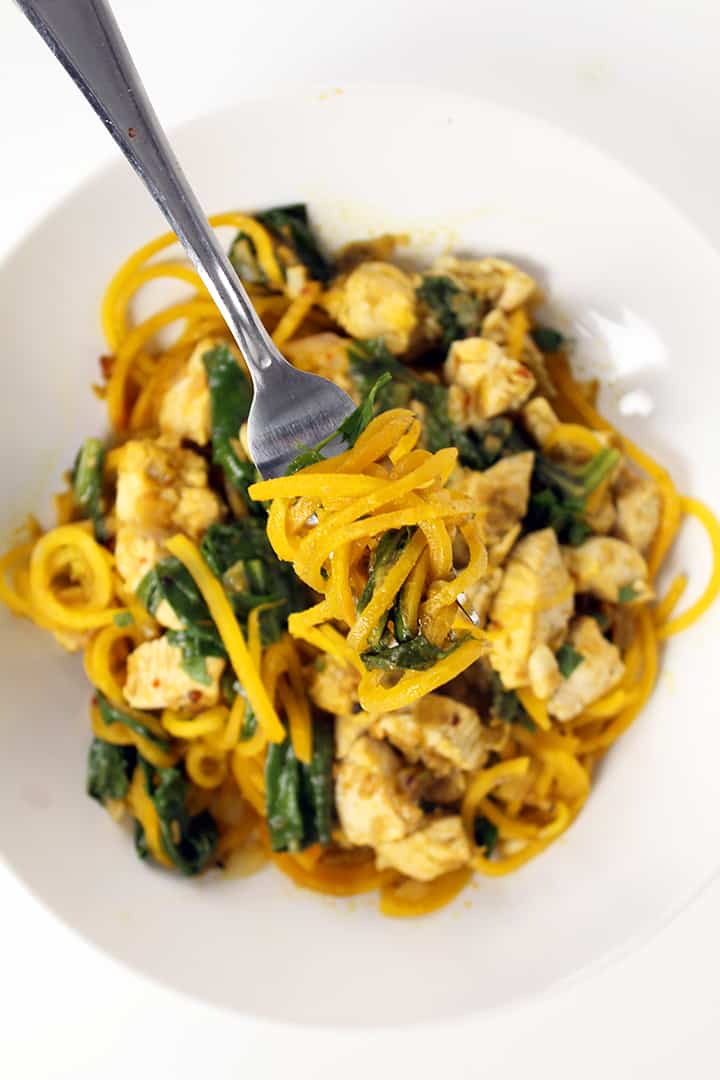 But ya know what? It was all worth it, because this recipe turned out exactly as I hoped it would: spicy, savory and beautiful.

This is my first time posting up a recipe using golden beets, and I want to kick myself for not doing it sooner. It’s actually pretty uncanny how much they look like “real” spaghetti, isn’t it?

Plus, I find they have a slightly sweeter taste than regular beets, which is nice. Mostly, they have that earthy, fresh flavor.

Best part about golden beets? They don’t stain your spiralizer or your hands. That’s reason enough for me to start spiralizing more golden beets. Or, you know… only golden beets from now on. 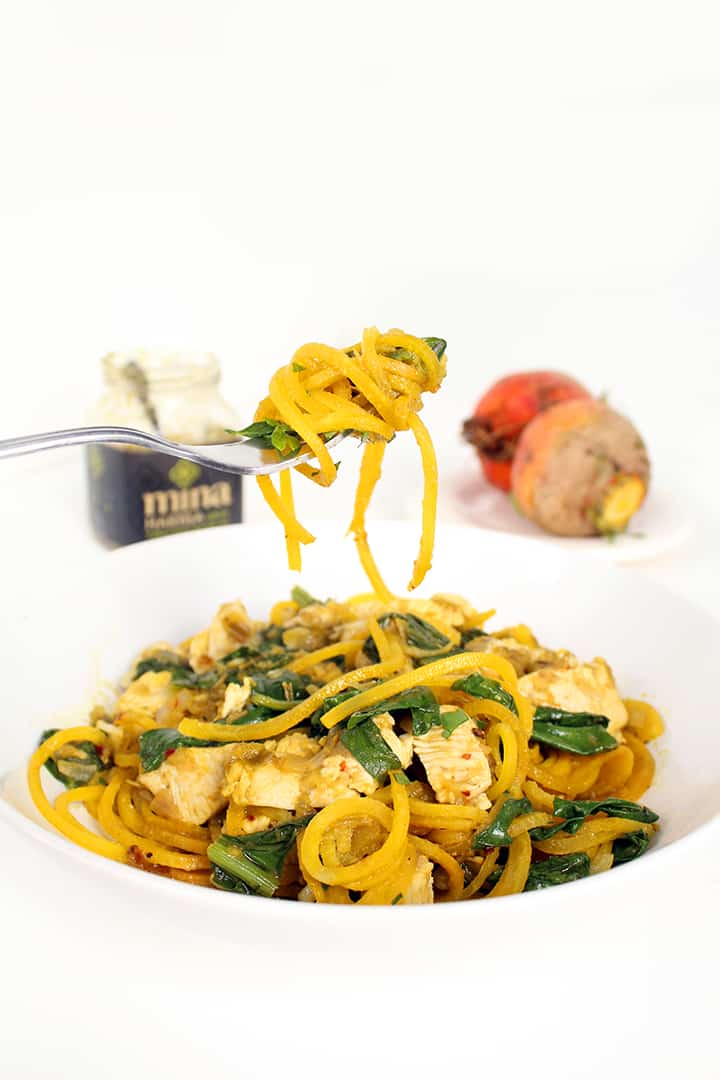 To make this recipe, make sure you buy beets that still have their green tops attached (think of Bugs Bunny pulling out carrots from the ground by their fluffy green tops – it’s the same with beets!) This is a great way to use the entire vegetable – by chopping off the beet greens and using them like a spinach, the dish leaves no vegetable behind.

I used Mina’s spicy green pepper sauce for an exotic, robust flavor that complements the subtle sweetness of the beets. I love Mina’s harissa sauces, they’re made of fresh, wholesome ingredients – so simple, but so much flavor (and easy to use!) This sauce has only 7 ingredients: green chili pepper, green bell pepper, garlic, extra virgin olive oil, vinegar, cumin and salt. 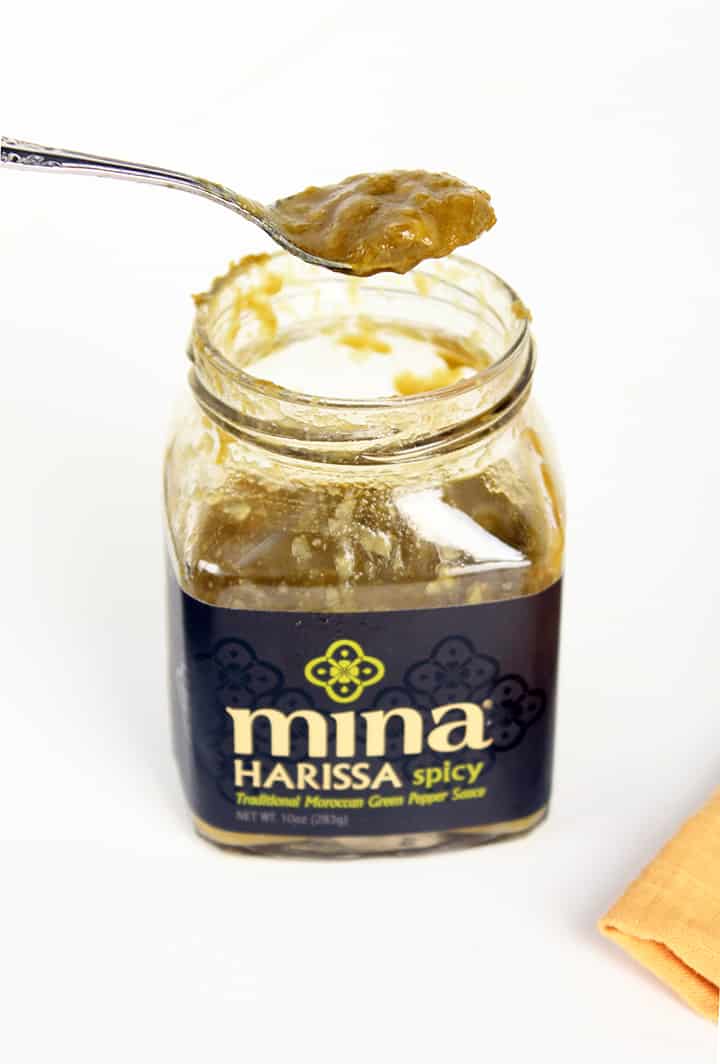 I used the pepper sauce to quickly marinade the chicken and then simmered it with olive oil, garlic shallots and chicken broth (to ease the spiciness.) The beet greens absorb the sauce as everything simmers together in a skillet.

I love anything spicy, so this recipe is totally up my alley, but if you’re not much into spice, tone down the spice with a couple tablespoons of lemon juice and a couple teaspoons of honey! 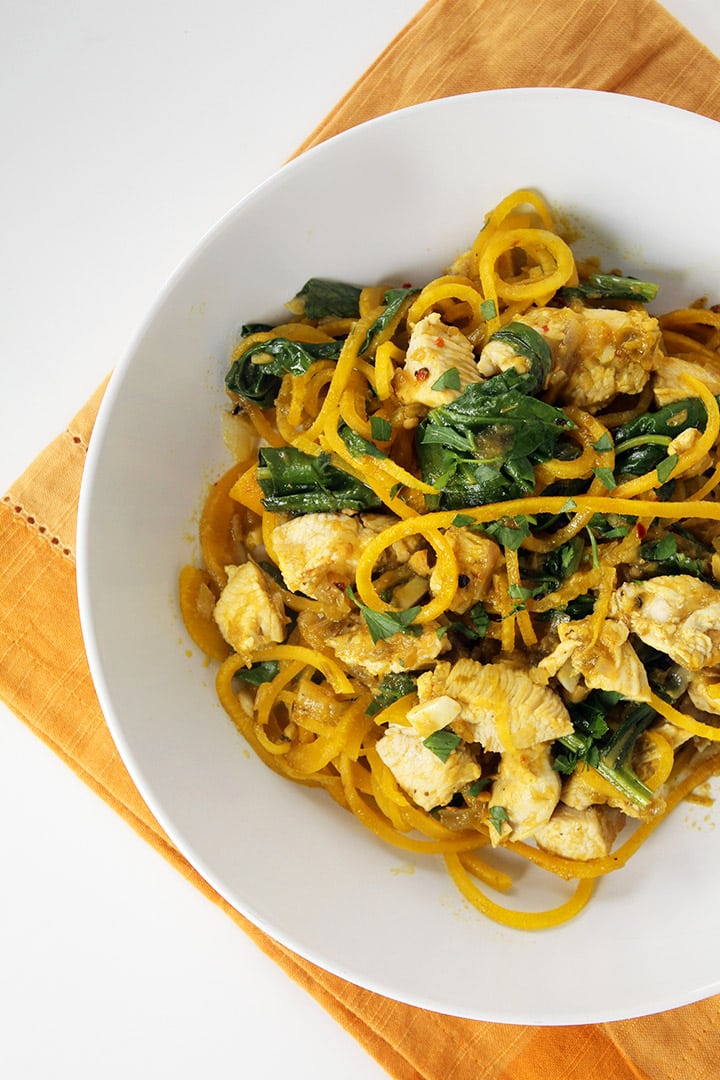 I’m typing this post like my father types on his laptop – with my pointer fingers only. It’s kind of liberating, actually. Send positive healing vibes my way!

Are you on team red beet or team golden beet?

Note: This post was sponsored by Mina Harissa. However, all opinions are my own. 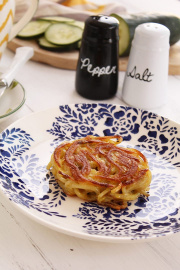