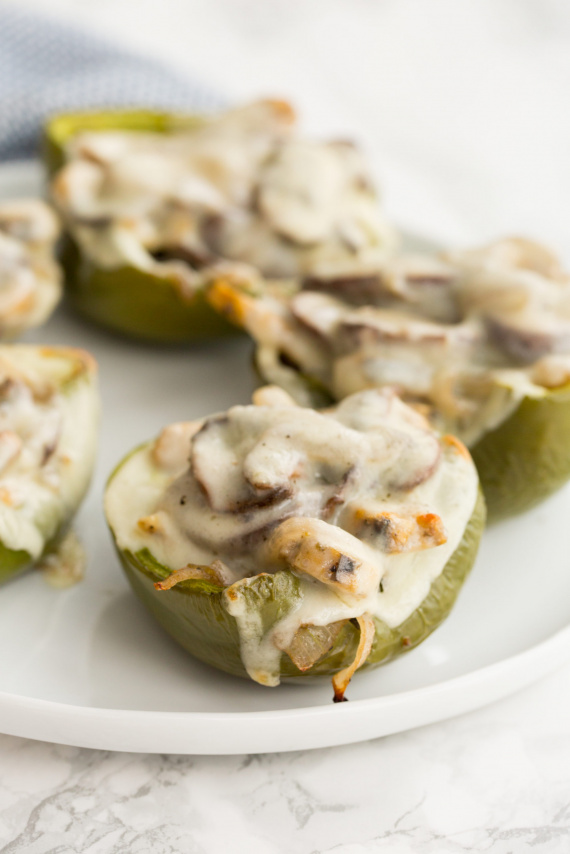 Gluten Free, Vegetarian, Entrees, Pizza & Sandwiches
If you love Philly cheesesteaks but are vegetarian or wanting to incorporate more plant based meals into your diet, these cheesesteak stuffed bell peppers are for you! These combine all the famous flavors of cheesesteaks, without the bread!
jump to recipe
share this recipe

These Cheesesteak Stuffed Bell Peppers originally appeared in my Inspiralized & Beyond cookbook and are made traditional-style, with meat (steak, to be specific.) They have all the flavors of a cheesesteak, without the bread, for those of you wanting to either with a gluten allergy or those of you who are low carb or just wanting something fun and new! 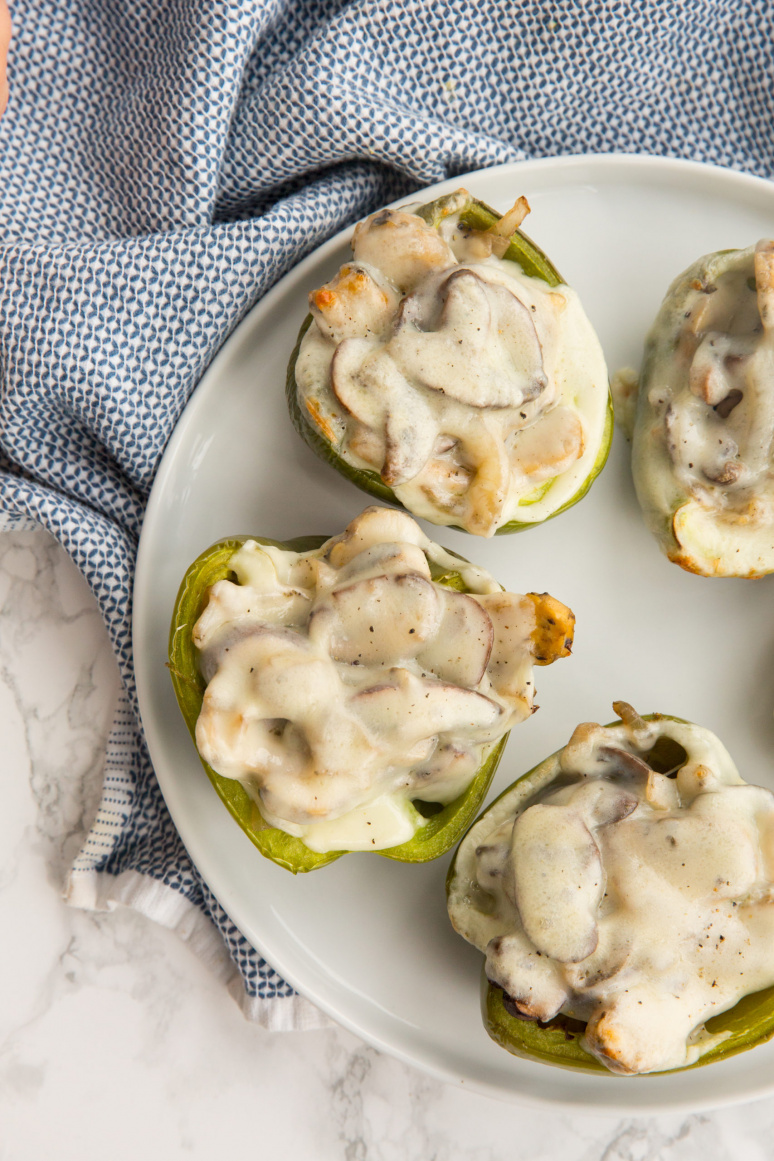 When I first discovered cheesesteaks, I was in high school, with my high school boyfriend. He was originally from the Philadelphia area (he moved to our high school our freshman year) and he took me to Philly once and we had the whole Pat’s and Gino’s taste test thing. I immediately thought, if there was less bread and more filling, it would be even better!

I’m one of those people that loves bread and sandwiches, but if it’s a big slab of bread, the fillings get lost in each bite and it’s not as enjoyable. I eat a pretty high carb diet, but certain foods (especially sandwiches) are better off with the fillings playing more of a roll than the, well, roll. 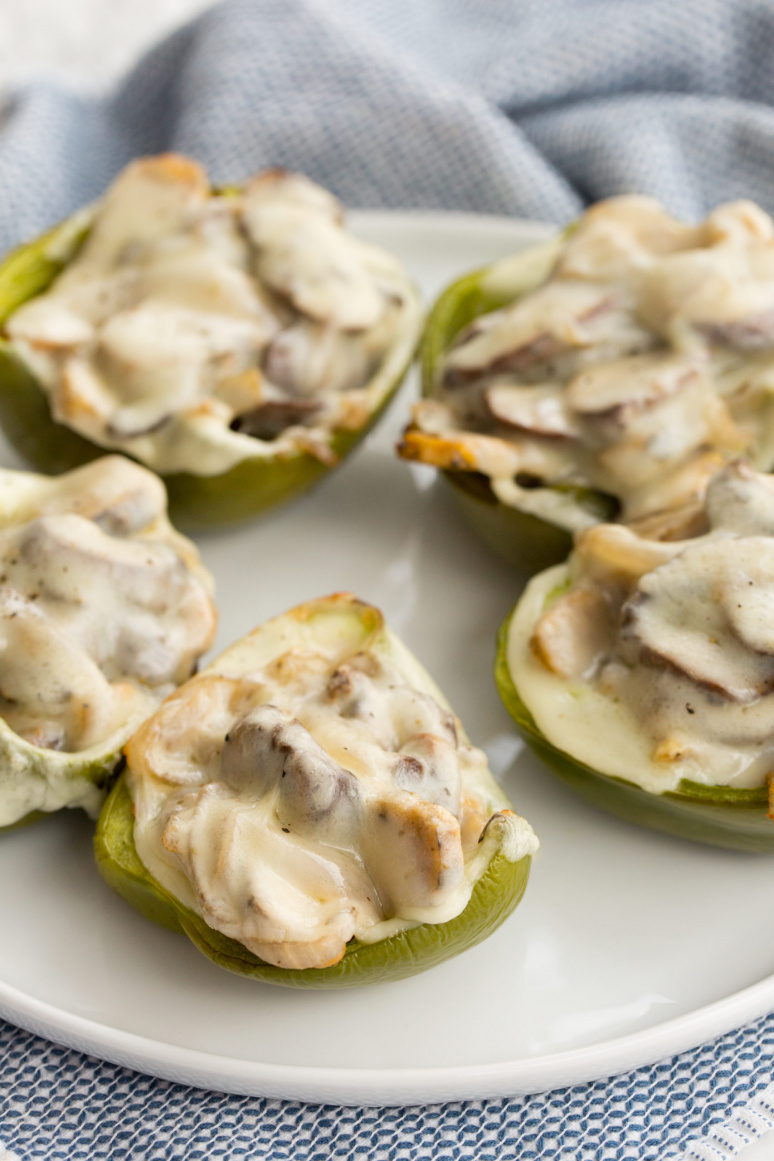 These cheesesteaks are also vegetarian, by using tempeh sliced and cooked to “resemble” steak (and by resemble, I just mean consistency wise and as a protein source.) I’ve recently fallen in love with tempeh after making this vegetarian tempeh lasagna, and I knew these cheesesteaks from my cookbook were going to taste so good with it!

Bell peppers, onions, provolone cheese, and well seasoned tempeh are all you need to recreate this classic meat-y sandwich! You’ll be pleasantly surprised how well this satisfies your cheesesteak craving. And fi you’re not low carb or gluten-free and just want to make these, serve it with some crusty bread on the side! 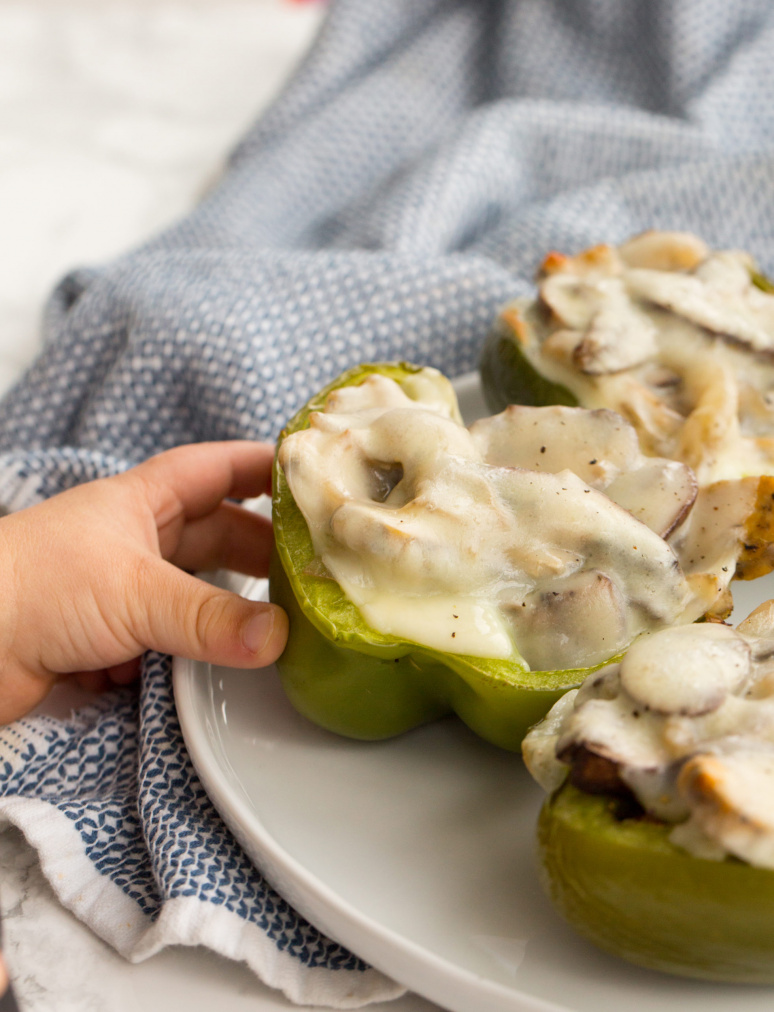 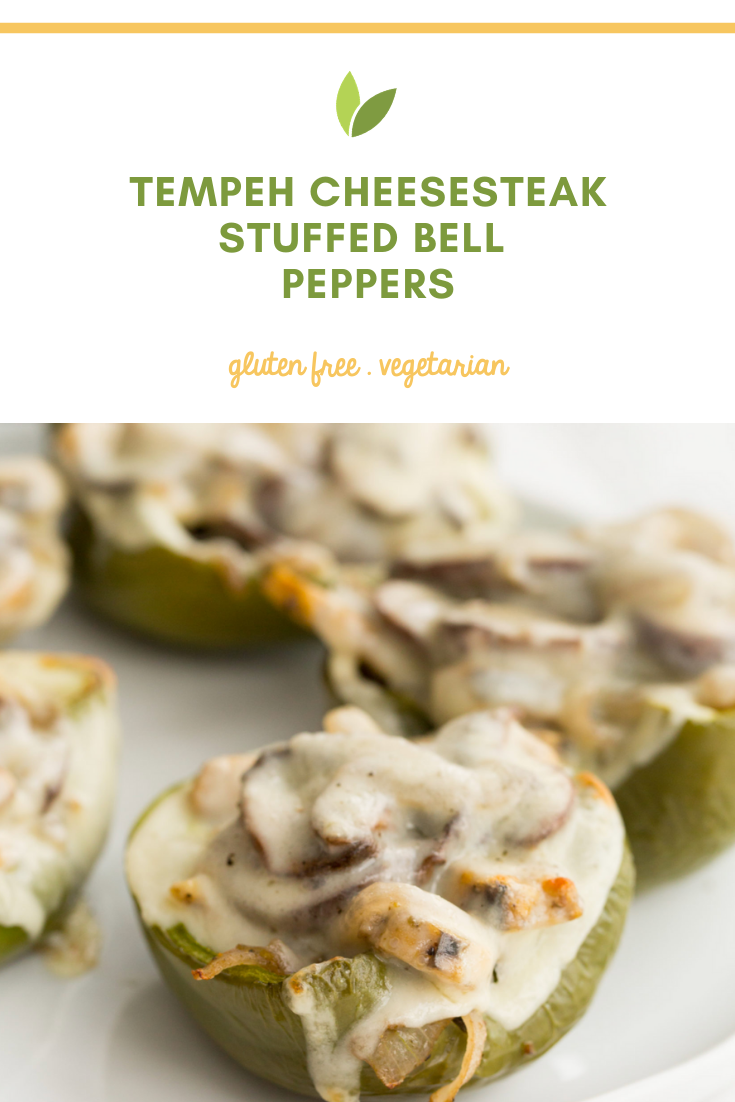 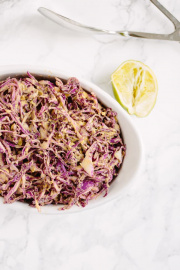