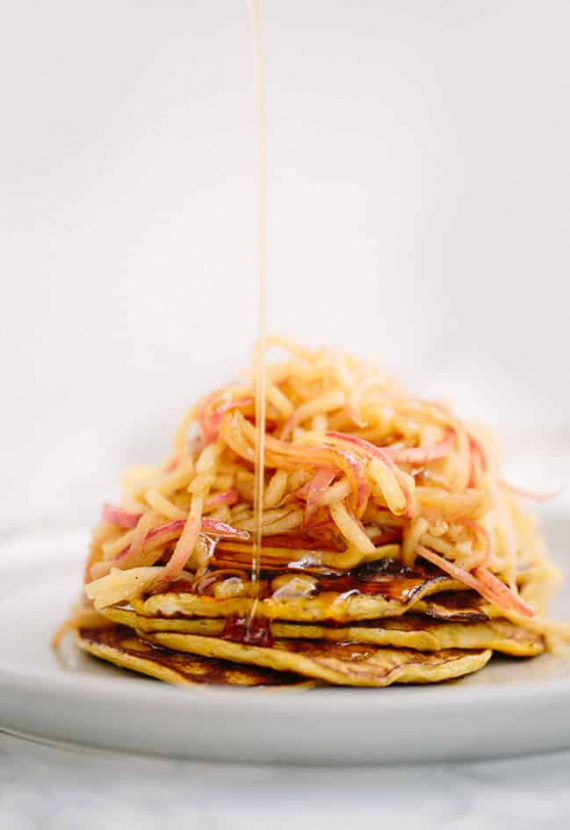 Gluten Free, Paleo, Vegetarian, Breakfast, Apple
I did it! I finally tried the two-ingredient pancake trend. Funny enough, my mother made...
jump to recipe
share this recipe 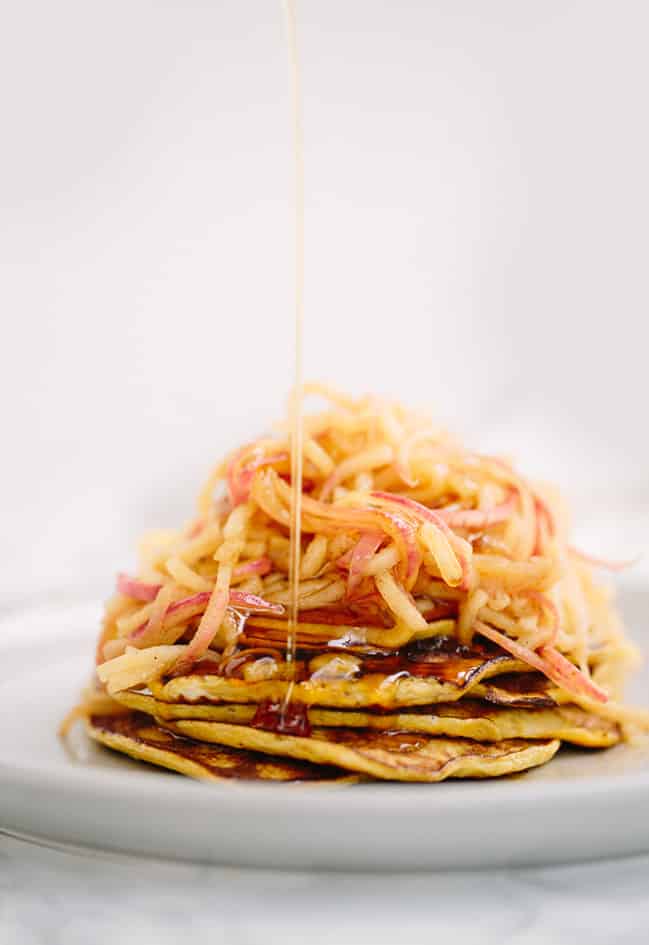 I did it! I finally tried the two-ingredient pancake trend.

Funny enough, my mother made these for my sister and I last year, and I didn’t try them because I was too busy stuffing myself with avocado toast.

I regret not trying them sooner, because they’re awesome and I can’t wait to eat more of them!

After posting to Snapchat about their flatness and floppiness, some people had some great tips for “fluffing” them up, like adding a bit of almond butter or blending them more completely with a mixer. 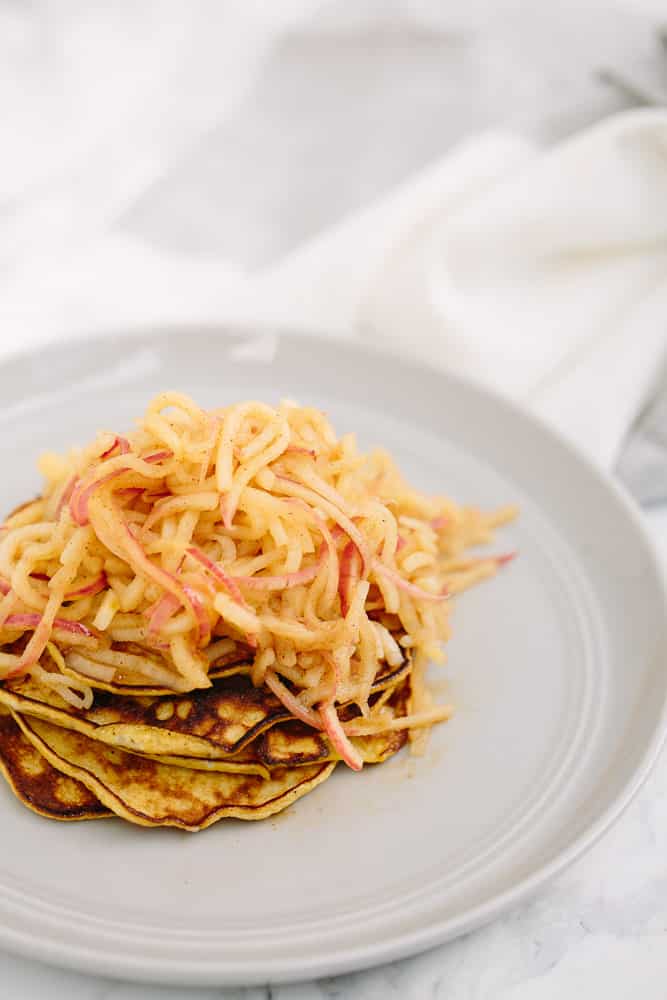 However, I don’t mind the flatness. If you take these pancakes for what they are, you’ll love them! They offer that pancake-like consistency and smell and look like pancakes! It’s kind of like with spiralized veggies – zucchini noodles resemble pasta so while you’re eating them with a delicious sauce, your brain thinks “oh, I’m eating pasta!”

Similarly here, with a little maple syrup and some toppings (like these amazing cinnamon apple noodles), your brain thinks: Mmm… pancakes! But really, these apple noodles are incredible – they’re wilted with coconut oil, so that coconut taste coats the noodles and works so well with the cinnamon. It’s like an extra little treat along with your pancakes!

The pancakes are protein packed and full of potassium, making them great for pre or post workout breakfast fuel.

I’m trying these pancakes out on Lu, so I’ll report back soon…. or just catch him on Snapchat, as always. 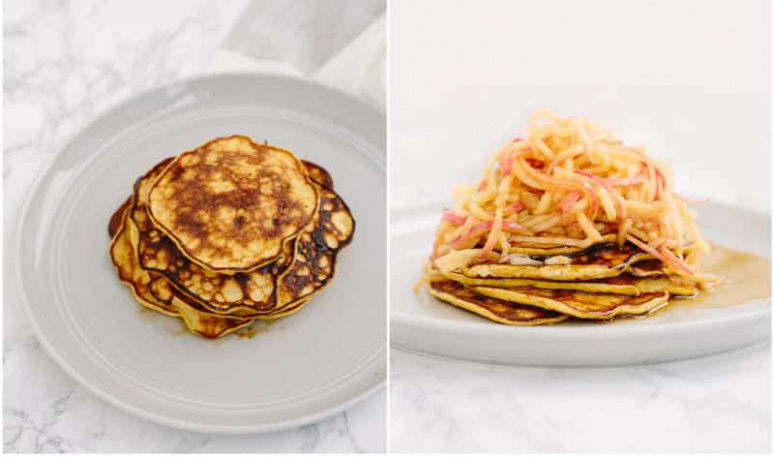 Watch our video to learn how to spiralize an apple using the Inspiralizer and subscribe to our YouTube channel to watch more videos:

Four pancakes per serving. This calculation does not include maple syrup: 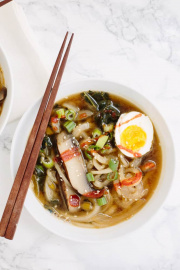