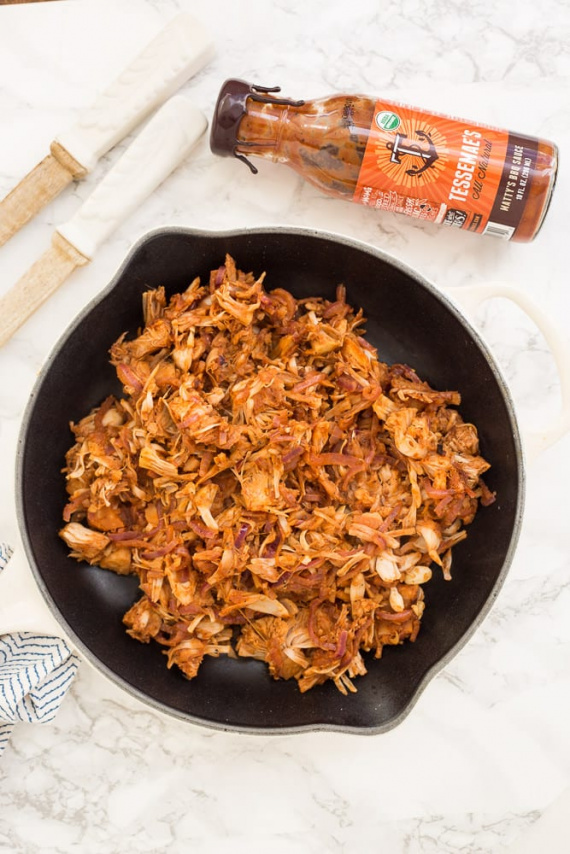 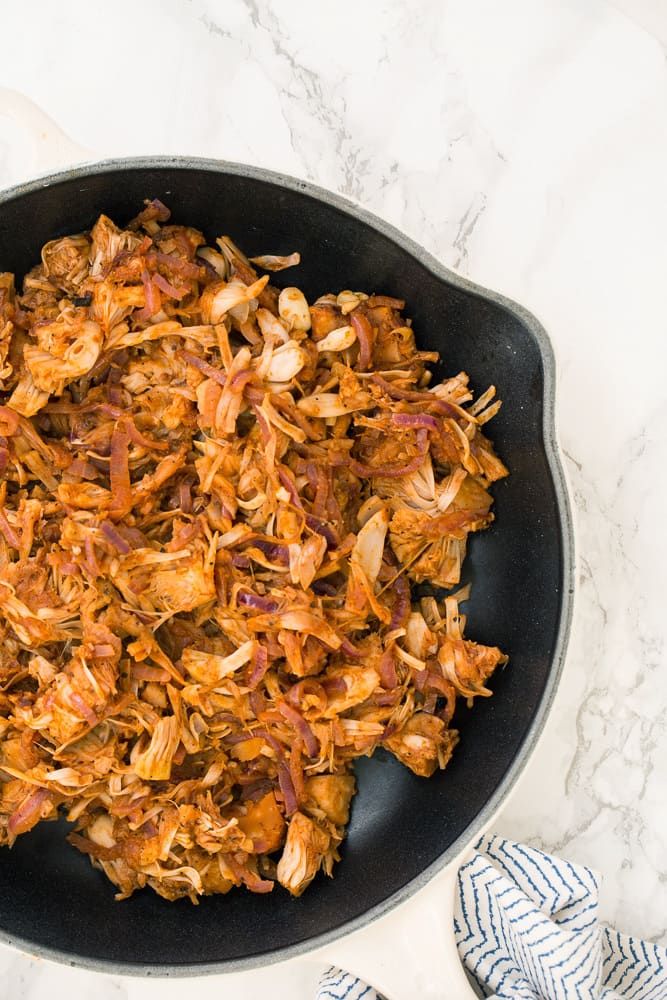 Second thing: before you continue on, you’re going to want to buy this or go out and buy a fresh jackfruit. 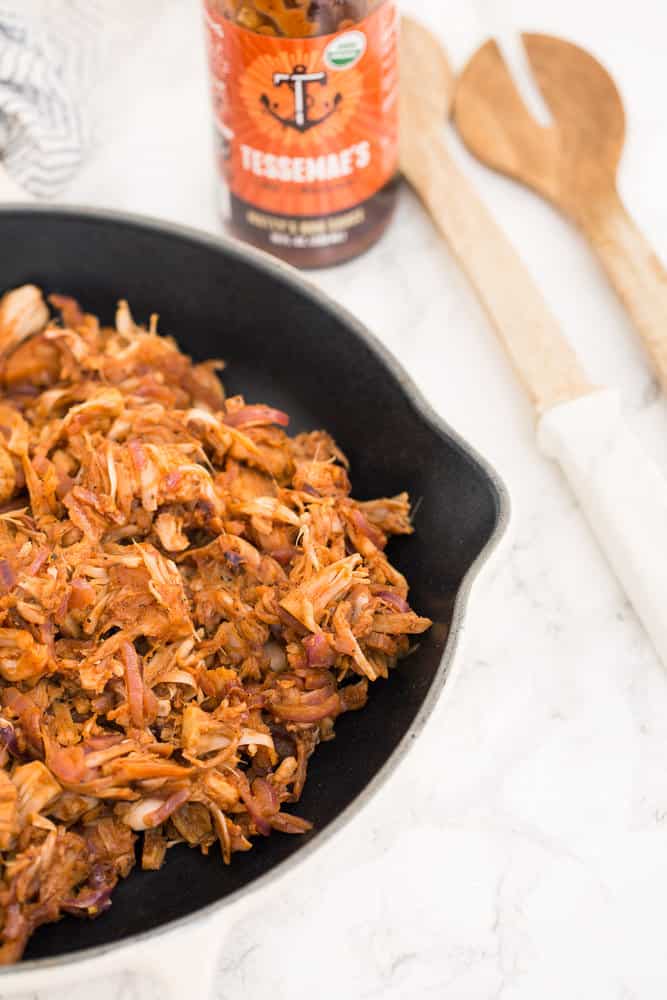 To launch this vegan month, I wanted to start off with a bang! And there’s nothing more incredible in the vegan world than this pulled “pork” made from jackfruit.

Honestly, I was freaking out as I was Snapchatting through this recipe (username Inspiralized.) I couldn’t believe how the jackfruit was turning into pulled pork before my eyes!

Okay, okay. Let’s go back. What’s a jackfruit? It’s a fruit that grows on a tree and is in the fig and mulberry family. It mainly comes from Southeast Asia, so if you don’t have jackfruit in your local grocery store (I didn’t!), get the next best thing: canned jackfruit. 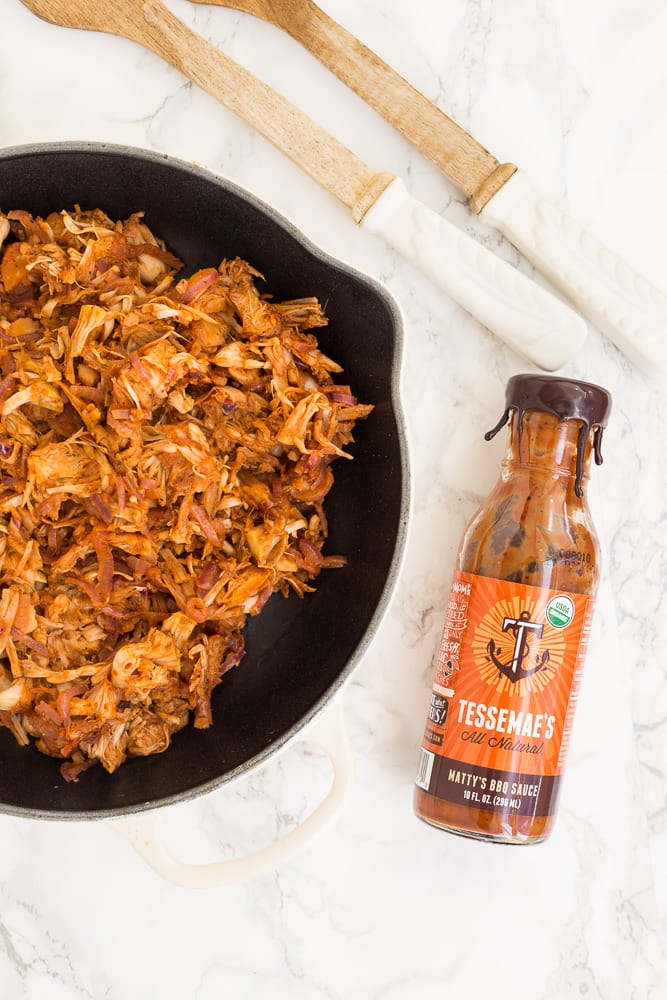 Jackfruit has the exact consistency of pulled pork when cooked long enough and has a mild taste that takes well to seasonings.

Yes, I’m talking vegan pulled pork – you can serve this over salads, in tacos, stuffed into a baked sweet potato, as a pulled pork slider, or just in a bowl with some veggies and avocado! And the best part: it saves well in the freezer and refrigerator, so make a bunch and enjoy it foreverrr! Well, not forever.

And this is what it looks like, fresh out of the can and drained: 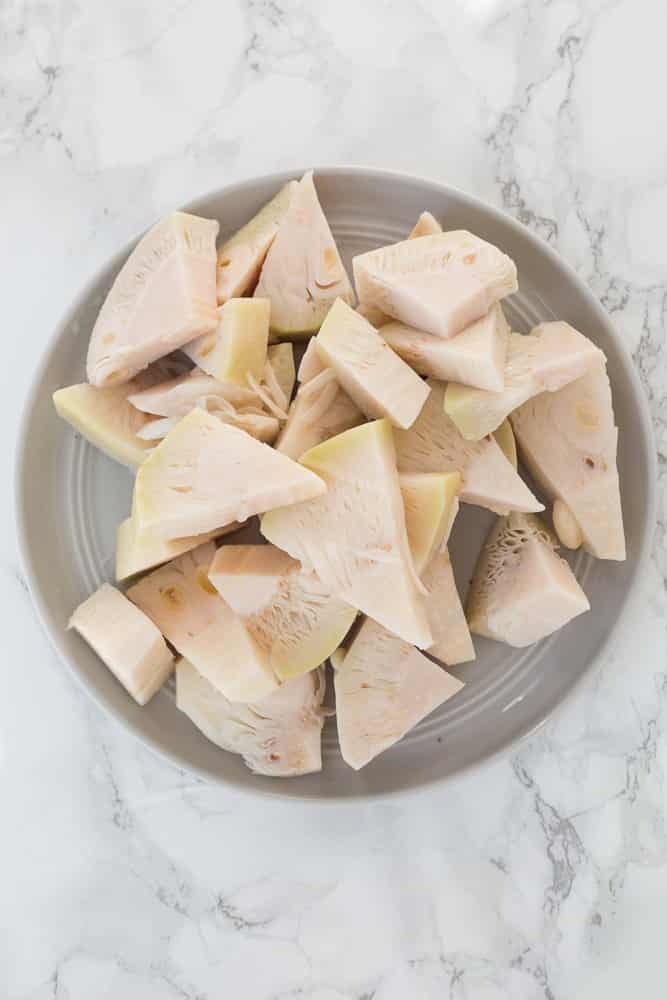 So how do we get it to look and taste like pulled pork? I promise you, this method is SO easy and simple. It doesn’t take any fancy cooking skills. I did it in about 30 minutes, so it’s quick too!

First, start by spiralizing a full red onion, preferably with the Inspiralizer, of course: 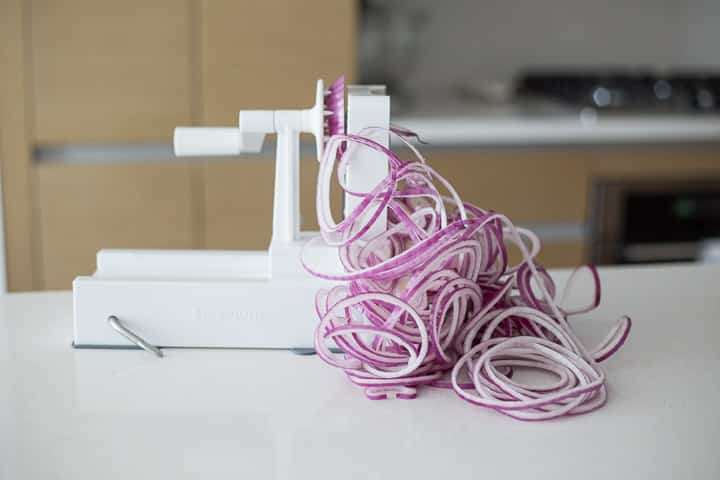 Then, you’re going to cook the onions along with garlic, paprika, salt and pepper until they’re wilted. Then, you add the jackfruit: 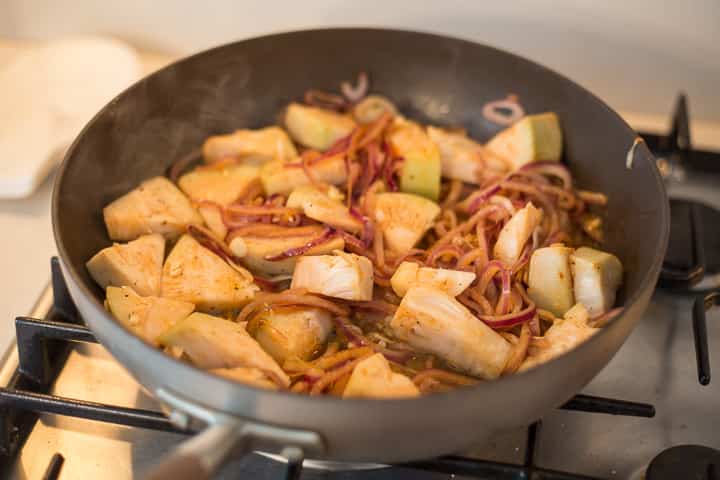 Once the jackfruit is added, you’ll add a bit of vegetable broth (all the exact measurements are in the recipe below, of course!), cover the pot and let it cook for 10 minutes or until the jackfruit softens enough so that it can be mashed and “pulled” like you would with pork. Then, you just mash it until it’s pulled pork! 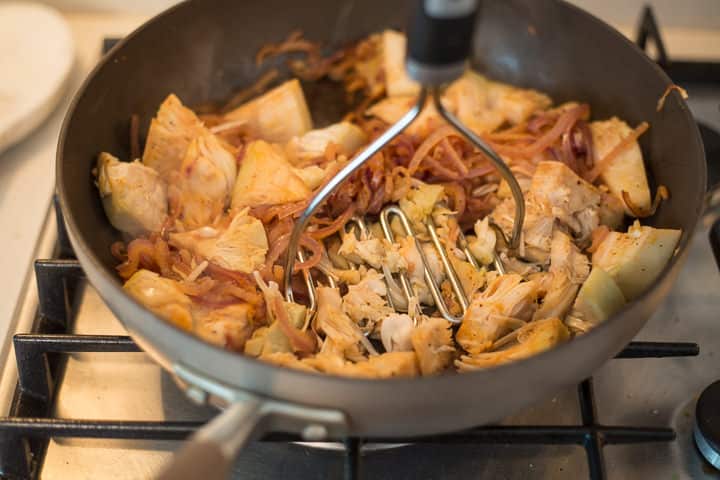 Once you’ve added the barbecue sauce in, you stir, let heat for a few minutes and there you have it: VEGAN PULLED PORK. I feel like Thug Kitchen right now, yo. 🙂 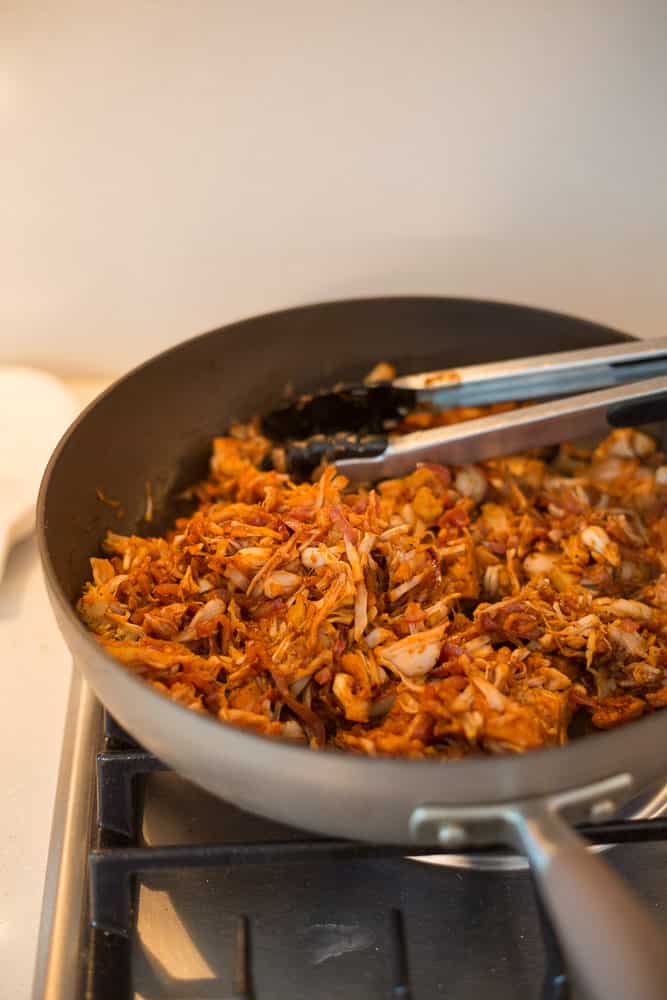 See! I told you: crazy. I have to say, since I was a vegan back in 2008, times have changed! All I knew how to make were veggie and tofu stir fries. With recipes like this, veganism is easy to maintain.

I hope you try this recipe – don’t be intimidated by jackfruit. It’s literally like any other canned veggie – it may even be in your local grocery store. Check the Asian specialty food aisle!

Now if you excuse me, I’m going to go turn these into carnitas by broiling them a bit and stuffing them into tacos.

Disclaimer: This post was sponsored by Tessemae’s. However, all opinions are my own. I used Tessemae’s products regularly, they just happened to sponsor this post! 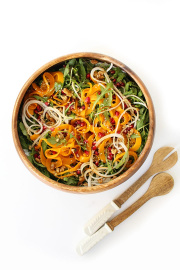