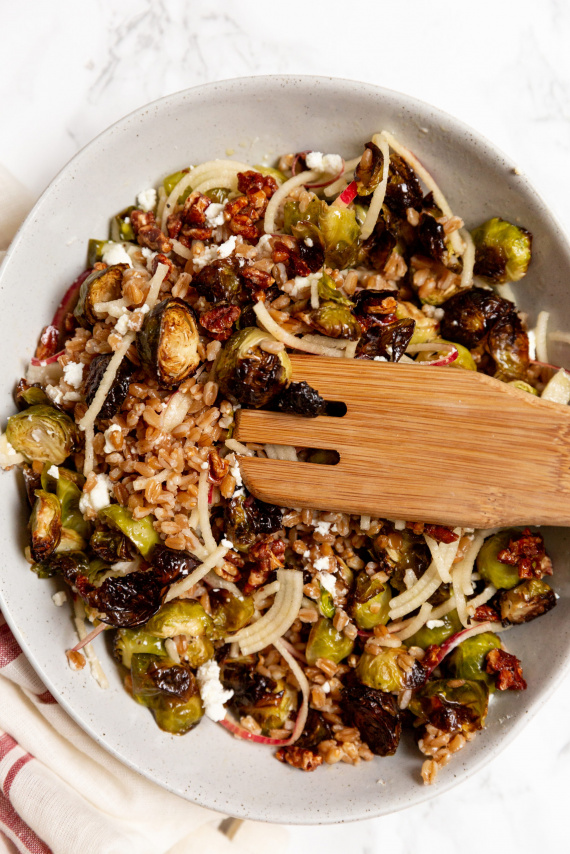 Vegetarian, Bowls, Salads, Apple
Bring all the warm flavors of fall together in this farro salad made with spiralized apples for a hint of sweetness, savory roasted brussels sprouts and a tangy apple cider vinaigrette.
jump to recipe
share this recipe

Whether you’re still looking for something to complete your Thanksgiving menu or you’re just trying to make something healthy, satiating and comforting, I’ve got you covered today with this easy farro salad. 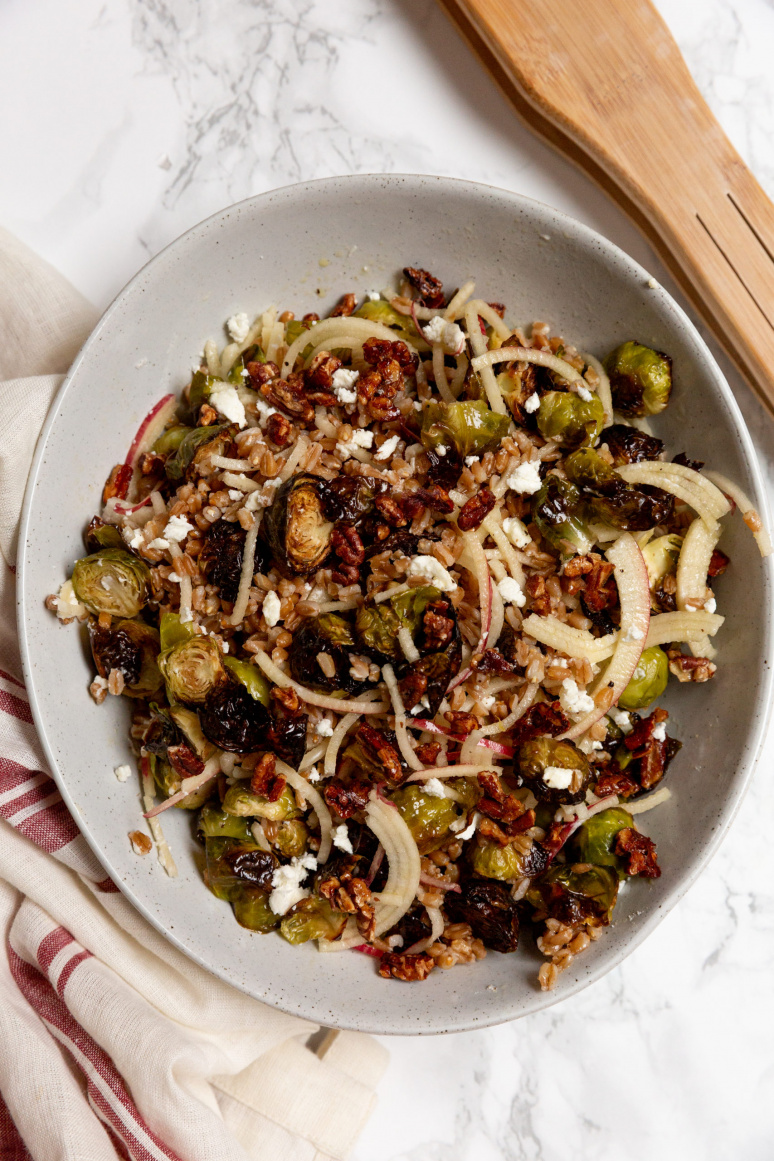 We’re breaking out the Inspiralizer to effortlessly thinly slice apples into julienned pieces so that each bite has a little hint of sweetness, instead of a chunky cube that often falls to the bottom of the bowl. I love spiralizing apples for salads and this farro salad is no exception!

Warm roasted Brussels sprouts are savory, sweet, and full of fiber to fill you up. Your tastebuds will love the pillowy and creamy goat cheese in each bite, along with the crunchy pecans. My favorite combo right now is goat cheese, pecans and farro and I’ll be making this salad all fall and winter long. 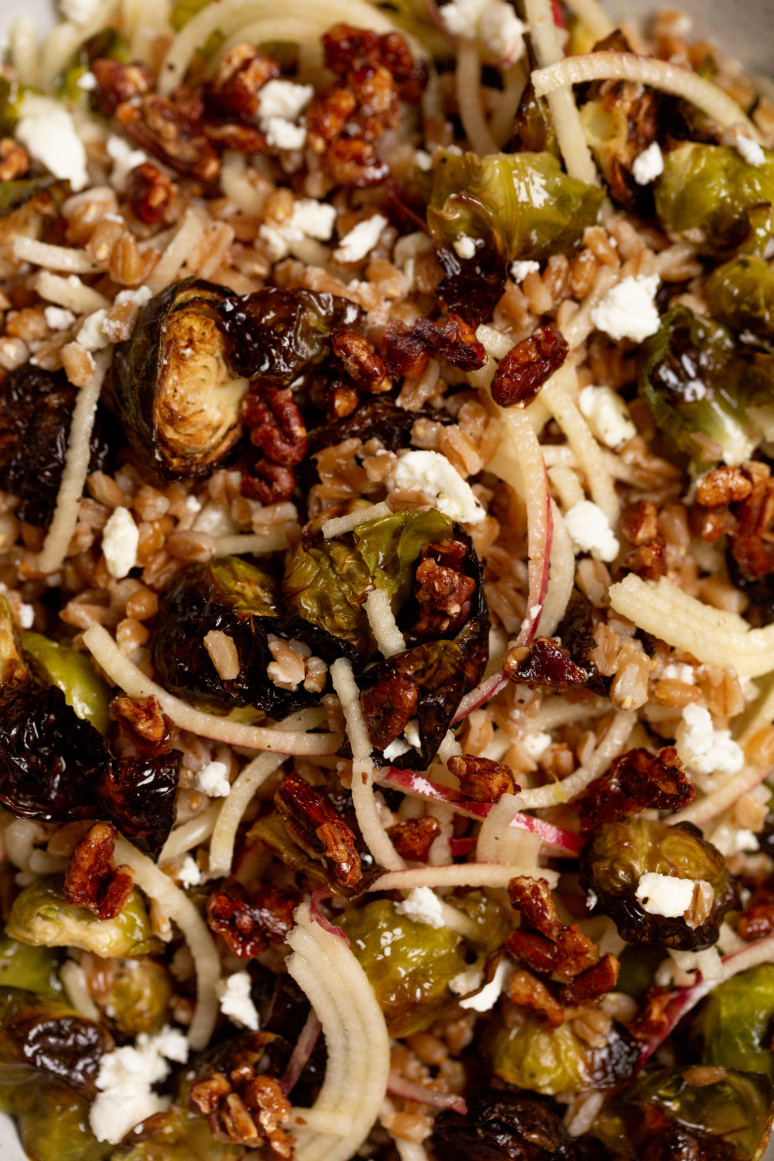 It’s meal prep friendly and a great way to use up the remainders of your fall apple picking!

And my #1 tip when cooking grains of any kind: double it up so you have cooked grains for another meal in the future (since grains can be a bit time consuming, we’re less likely to make healthy grain meals because of that cooking time, but if we have a leftover batch, it’s a no brainer!) 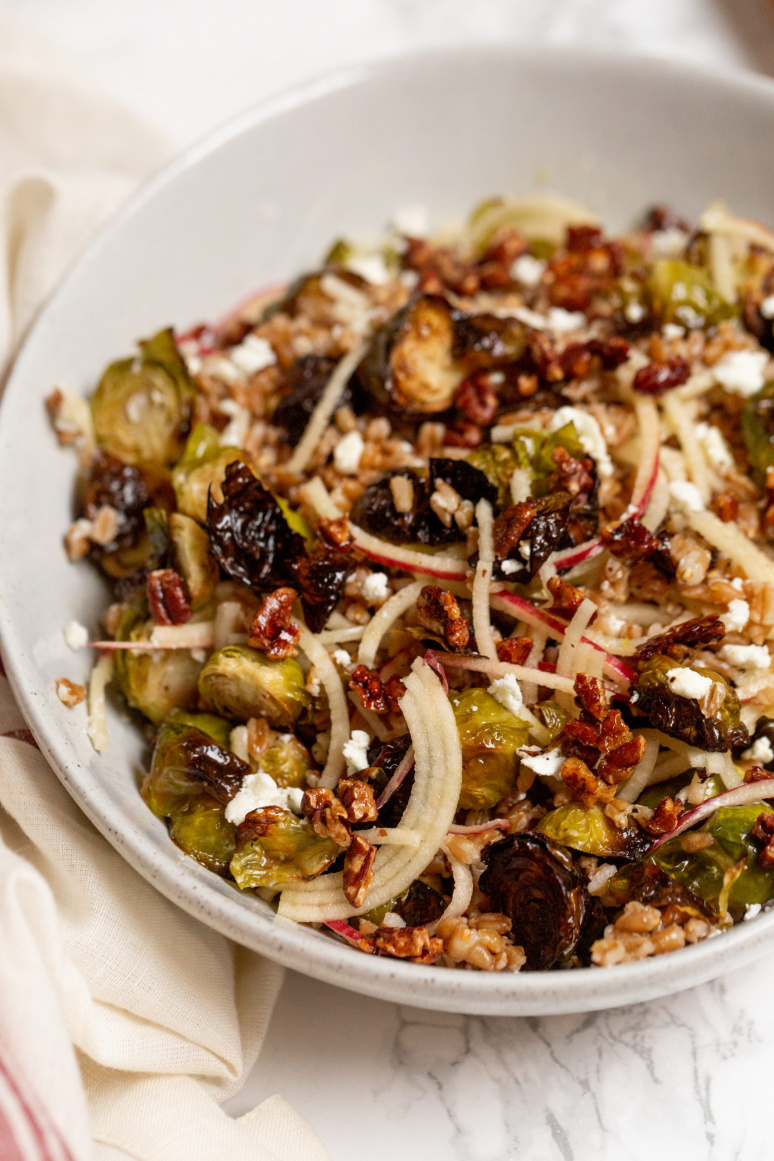 More farro salads to try with those leftover grains: 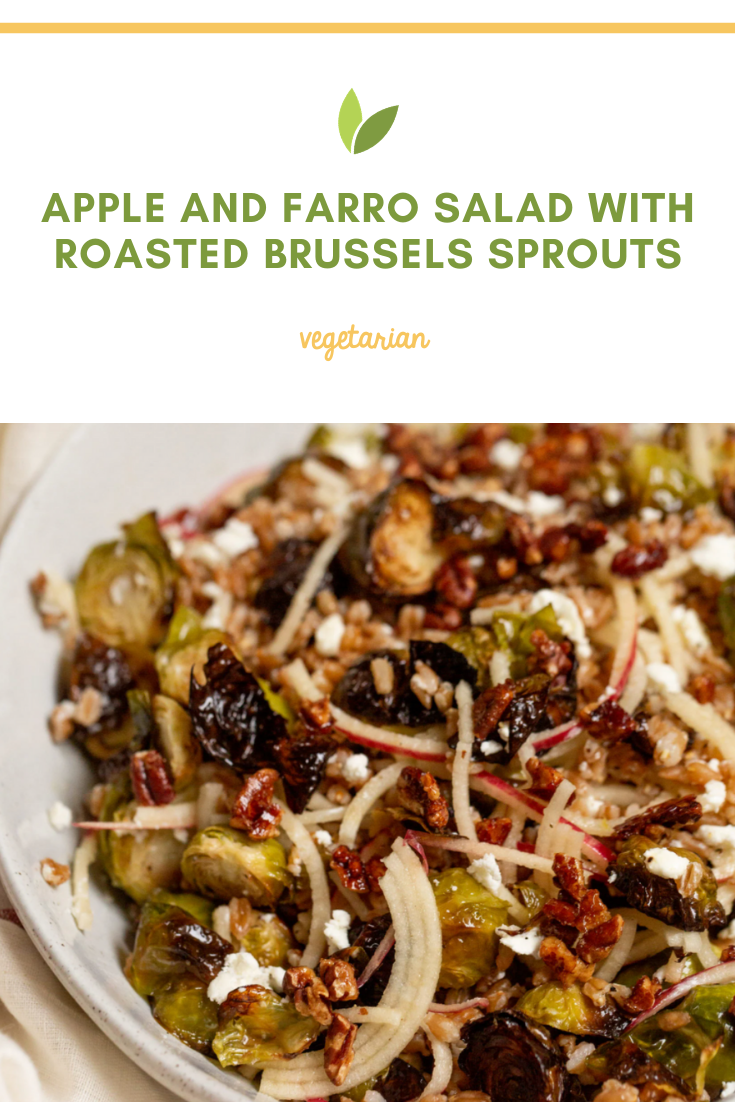 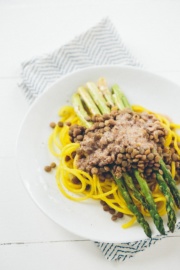