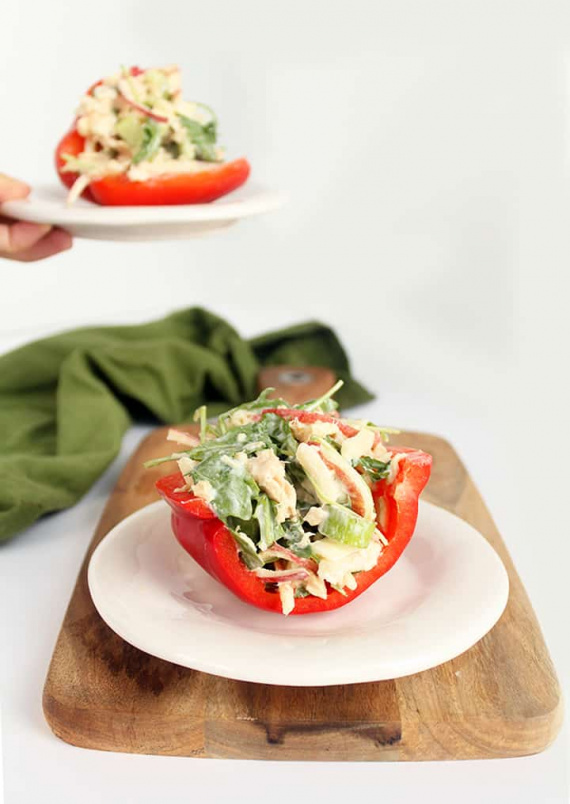 Recipe by Vegetables, Gluten Free, Pizza & Sandwiches, Seafood, Apple
As I’m writing this post, it’s truly a race against time. It’s a race against...
jump to recipe
share this recipe 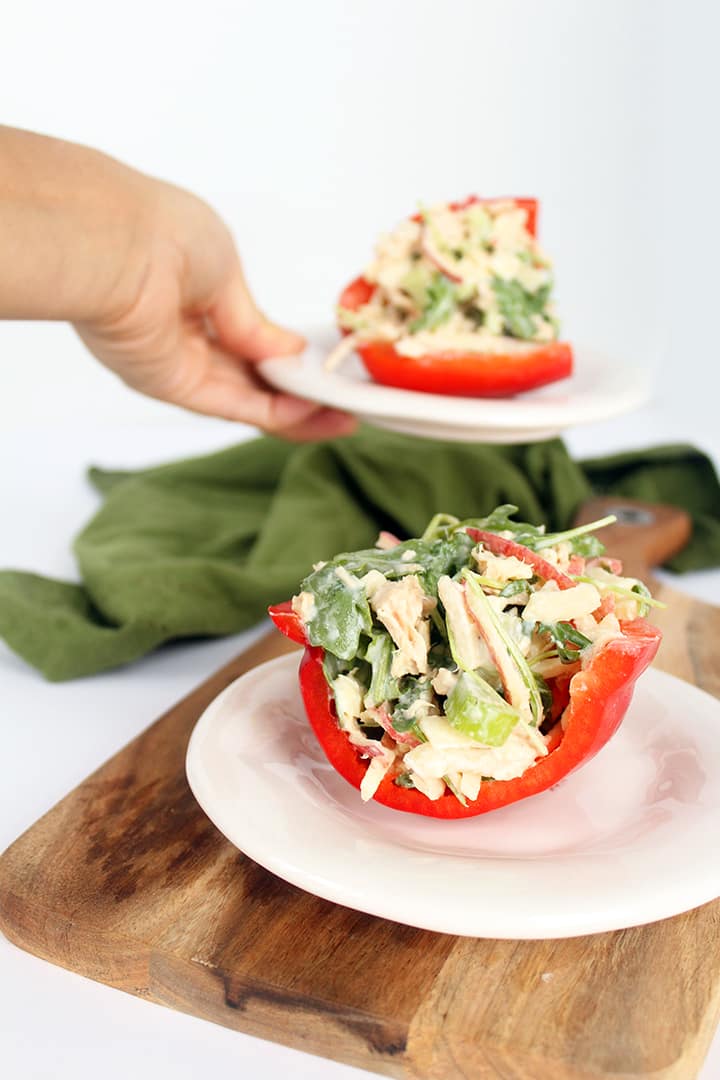 I knew I should’ve written this post last night, but I got home too late and I went straight to bed. It was an exhausting weekend, but a productive, fun one.

Having said all that, there is no way I’d let today go by without this recipe, which is my new favorite way to eat a sandwich. 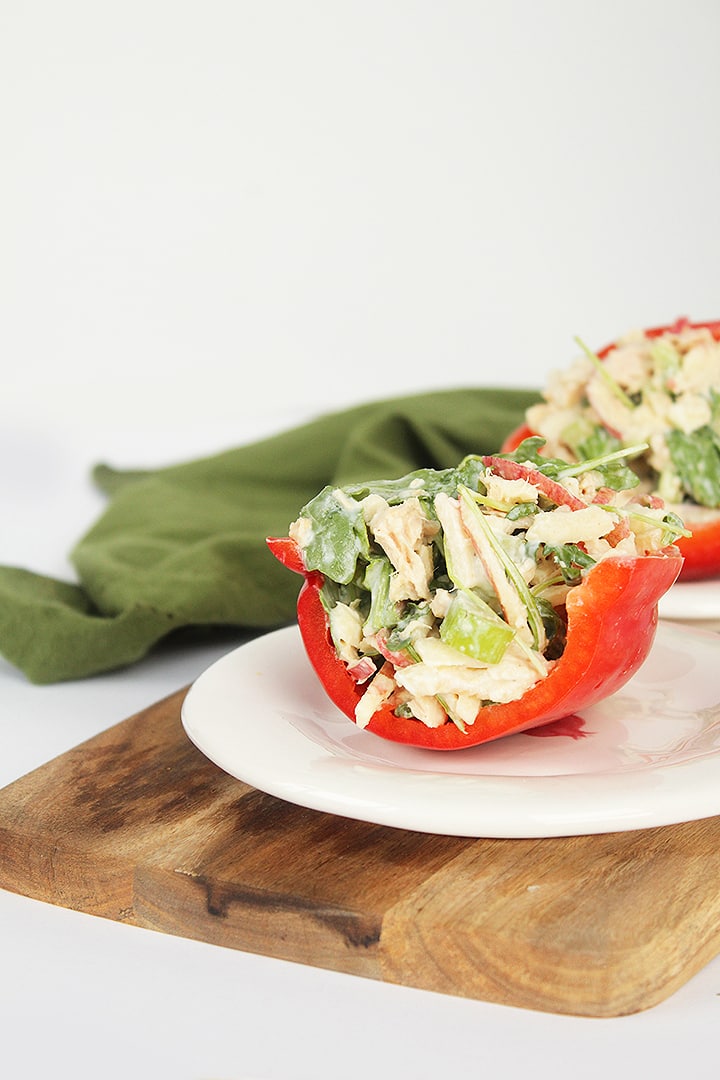 To quickly recap the weekend, Saturday started off early with about 4.5 hours of registry shopping (wedding registry!) While it was fun, it was tiring for sure – should we register for the gray plates or the soft gray plates? Should we go all-clad or stay with non-stick? Should we get a new toaster?

These are the questions you find yourself asking when you’re registering. We went to The Mall at Short Hills, which is definitely the country’s best mall (I’ll fight to the death to defend that!) and did three stores (again, exhausting!) – Crate & Barrel, Williams Sonoma and Macy’s.

But heck, at least we’re done! 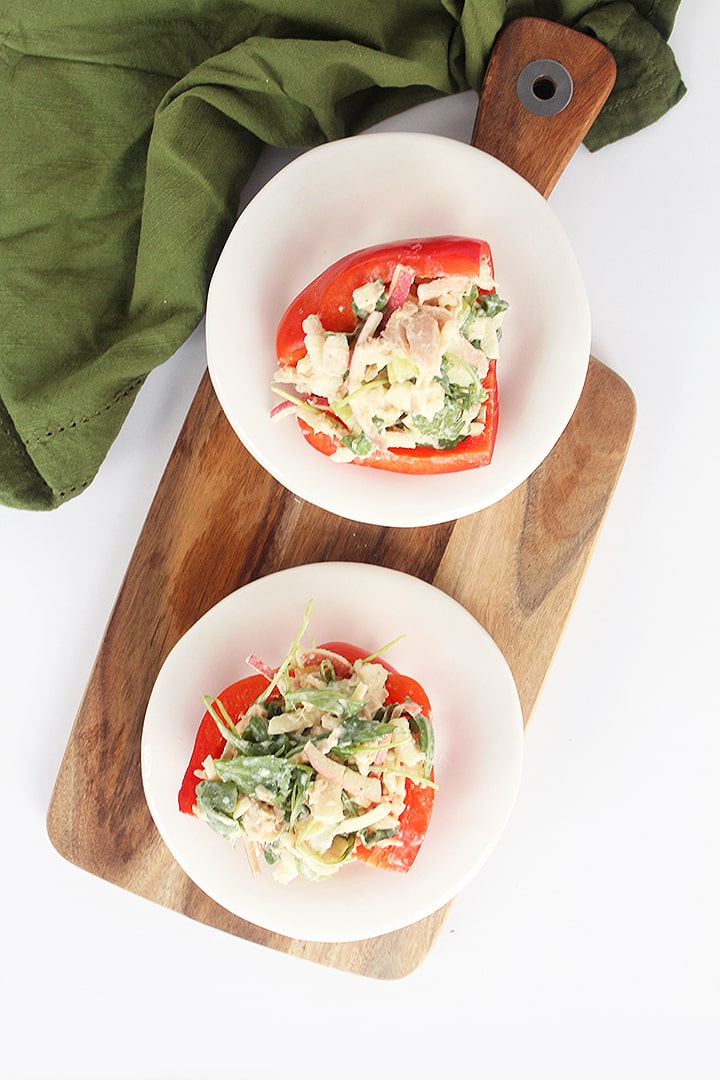 After that, we went straight into NYC for a friend’s rooftop party who lives right on Mulberry Street in the heart of Little Italy and also, the heart of the San Gennaro festival (a giant street festival to commemorate Italian immigrants who settled into the area.)

Then Sunday I ran a million errands, made this recipe (and devoured it for lunch), cleaned up the apartment and then went wedding dress shopping (for the fourth time) with my mother and sister at Kleinfeld’s (for the second time)… and I found the dress!!

So you see… a productive, but jam-packed weekend. I woke up this morning all achey, so I’m going to drink a lot of fluids and rest. I apologize in advance if I’m slow to respond to your e-mails or social media.

This recipe: the combination of sweet apple, mild Greek yogurt, crunchy celery and the savoriness of the tuna is unbeatable. You can make a big batch of this and enjoy it as a salad or you can stuff it in bell peppers for an added crunchy, refreshing bite! 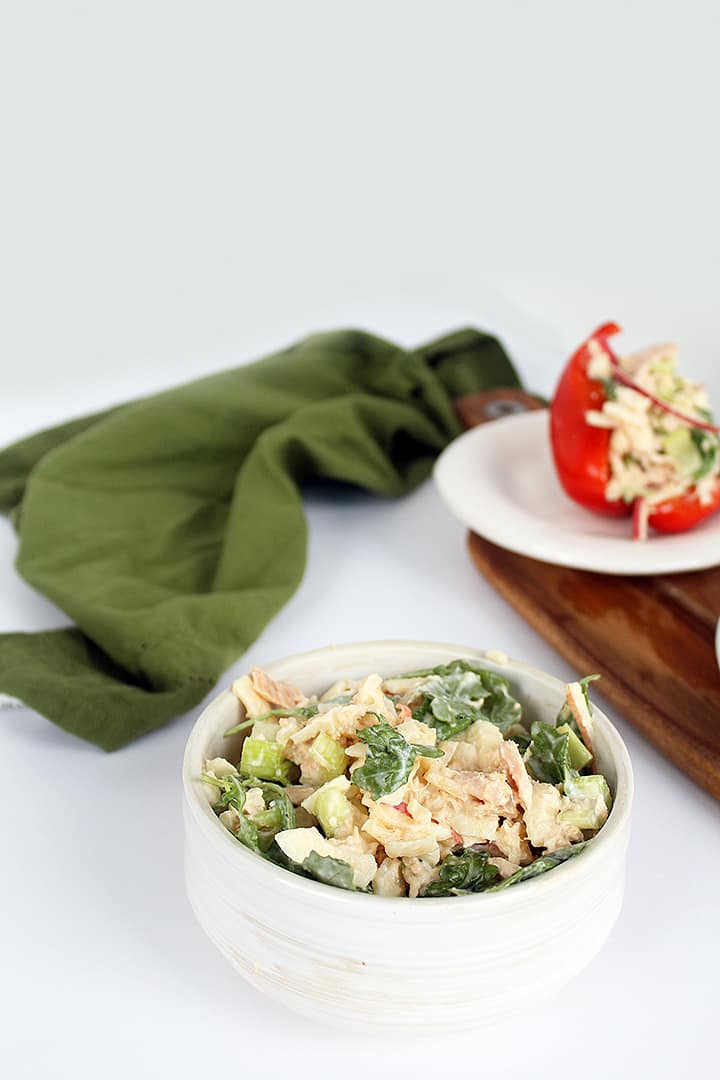 This keeps very well in the fridge, so make a big batch and have it for lunch this week!

What are your favorite ways to replace the bread in your sandwiches? 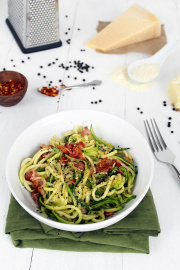