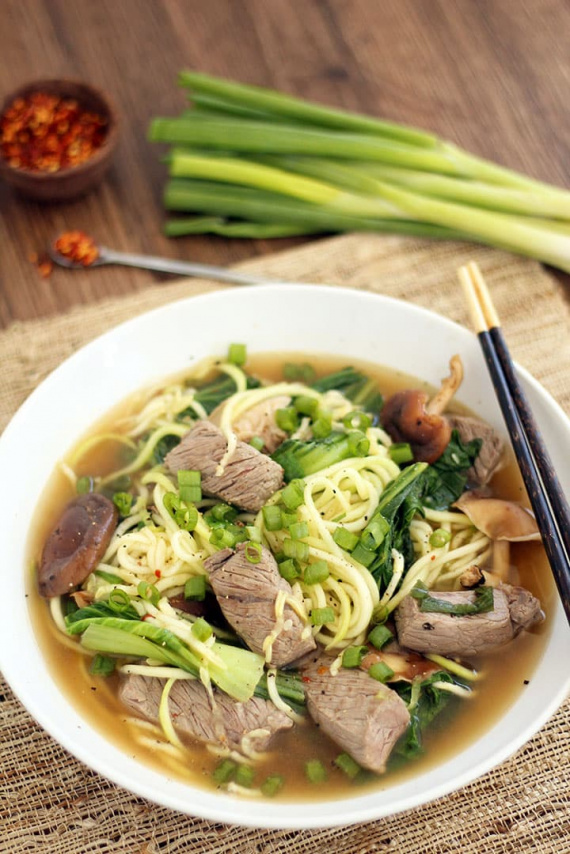 Recipe by Vegetables, Gluten Free, Paleo, Meat & Poultry, Noodles, Zucchini + Summer Squash
Originally, I was going for a beef miso noodle soup. Luckily, before I got too...
share this post 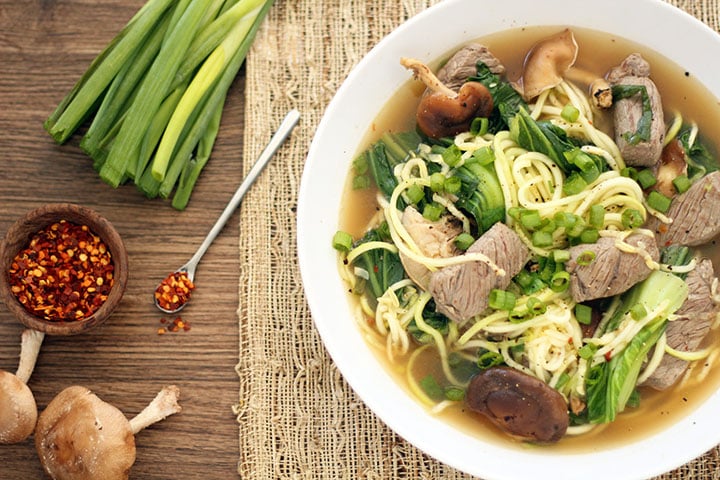 Originally, I was going for a beef miso noodle soup. Luckily, before I got too far, I realized that miso isn’t paleo and since this recipe was created exclusively for a paleo blog (link at the bottom of this post), I had to play by the rules. Hmmph! Cue extensive Googling… some search terms might have included:

After realizing that there really isn’t a substitute for miso, I had to switch gears. I thought…. well, soy sauce is nice boiled in a broth. Clearly, I was brain farting that day, because soy sauce is made of soy… soy isn’t Paleo. Back to Googling…. 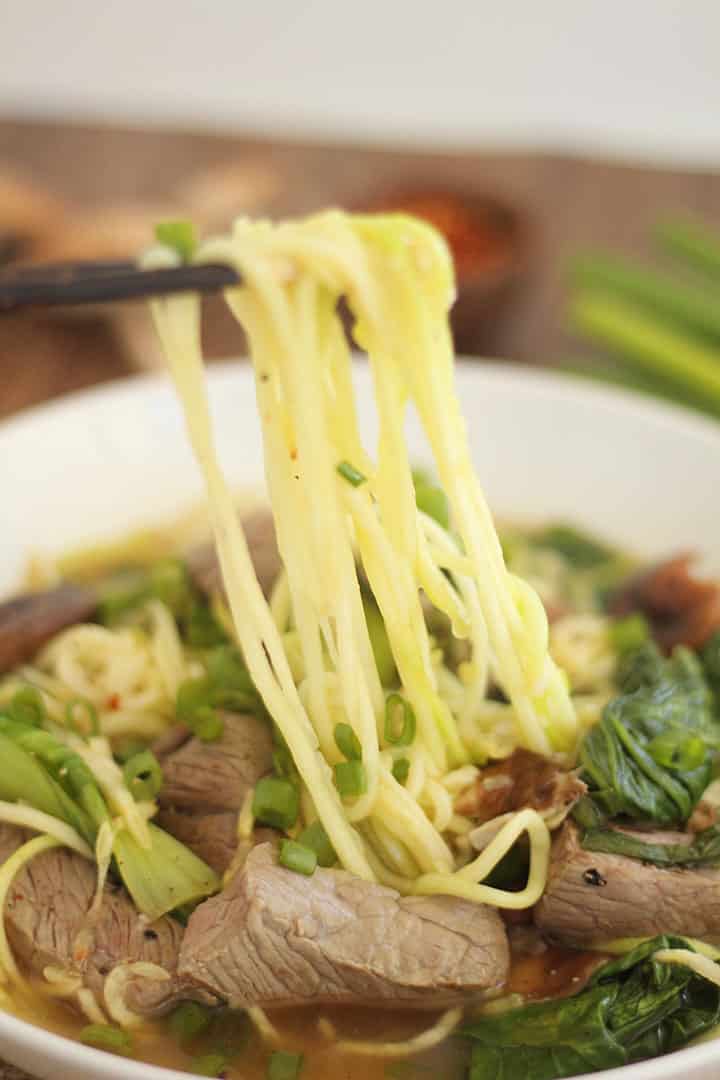 Ah-ha! Enter “coconut aminos.” I had heard of it a few times in recipes, but never thought to use it. Here at Inspiralized, we’re mighty adventurous and never turn down a challenge. Instead of tossing the “beef miso noodle soup” out the window, I ran out, bought coconut aminos, and used it just like soy sauce. The result? Well, I think you can tell, it turned out fabulously. This Paleo substitute offers a similar taste profile to soy sauce, with a slightly sweet after taste, which is always welcomed in this house. The coconut aminos really transforms the broth and brings the dish together. 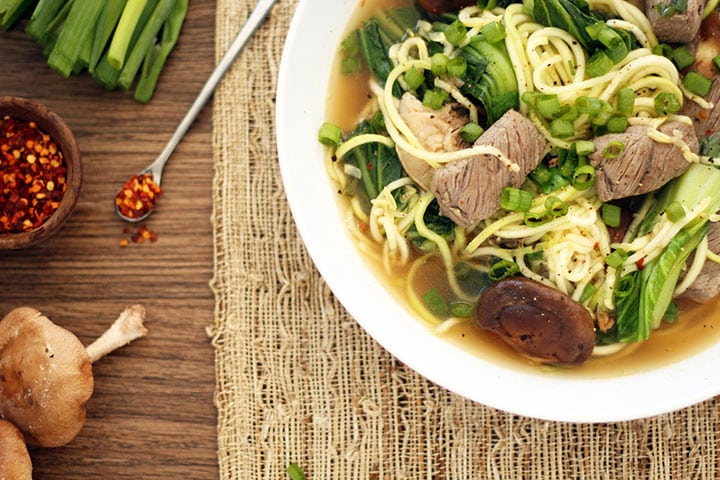 Coconut aminos is made of coconut tree sap and sun dried sea salt. How cool! The sodium content of this ingredient is lower than that of soy sauce and it’s gluten free and soy-free, so definitely food-allergy-friendly. Glad to have it in my pantry for the future… 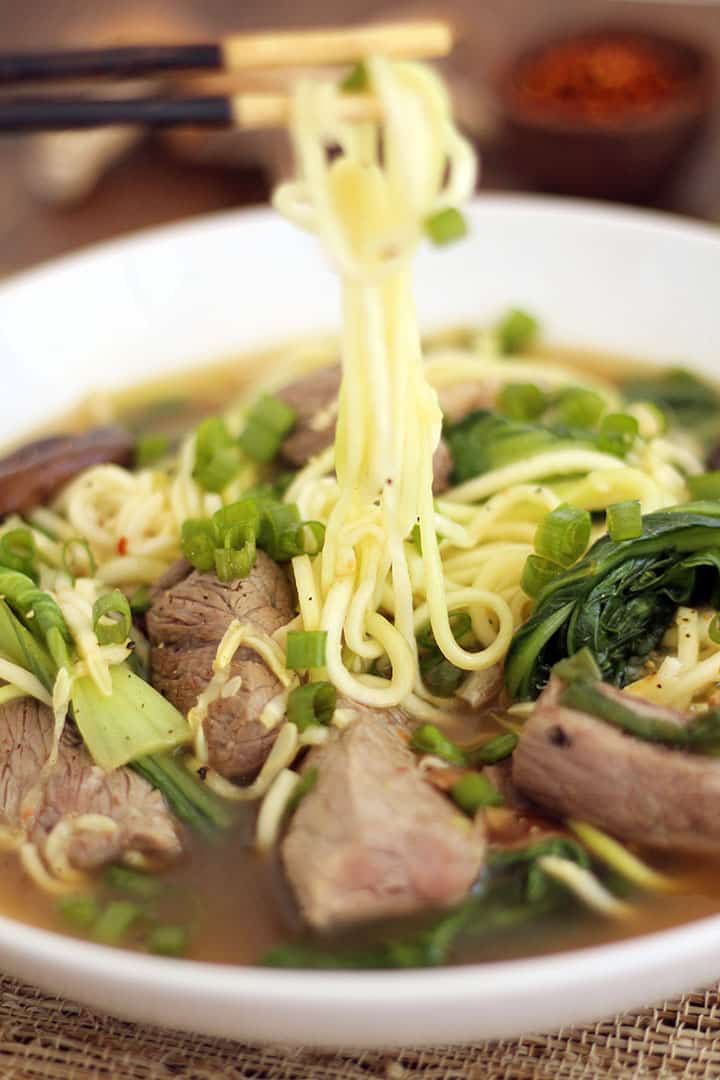 Reason #90345 why I love food blogging: it’s like a trial-by-error culinary school! Never a dull moment. Never a day that goes by where I don’t learn something new.

Click here for the recipe, available exclusively at CivilizedCavemanCooking.com! 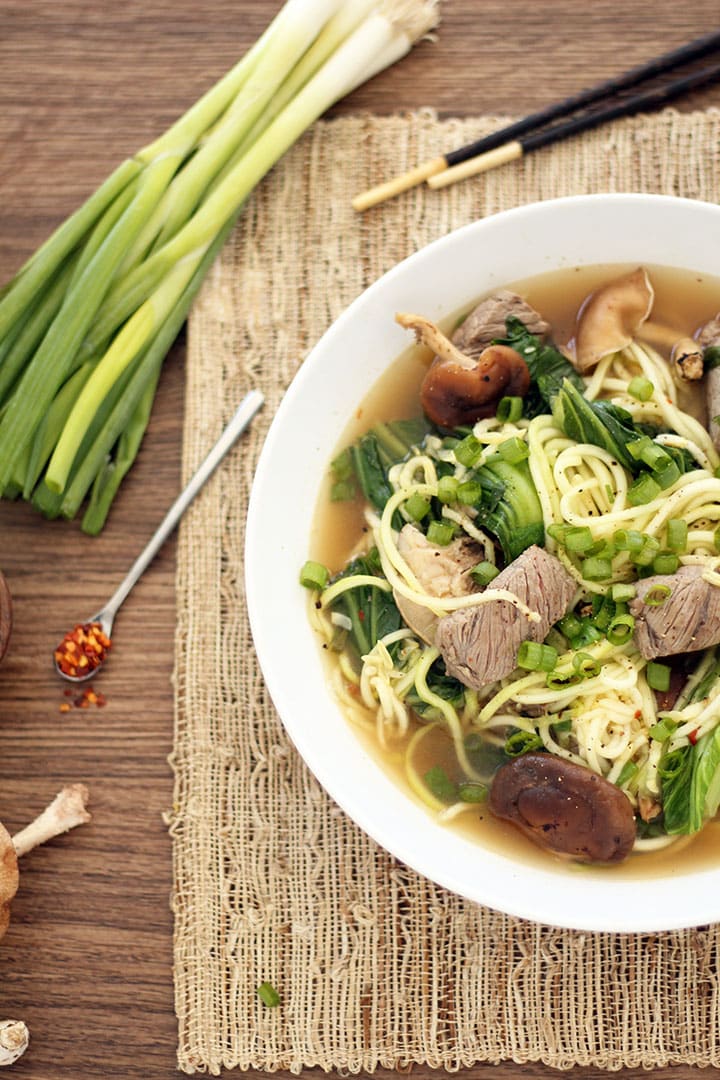 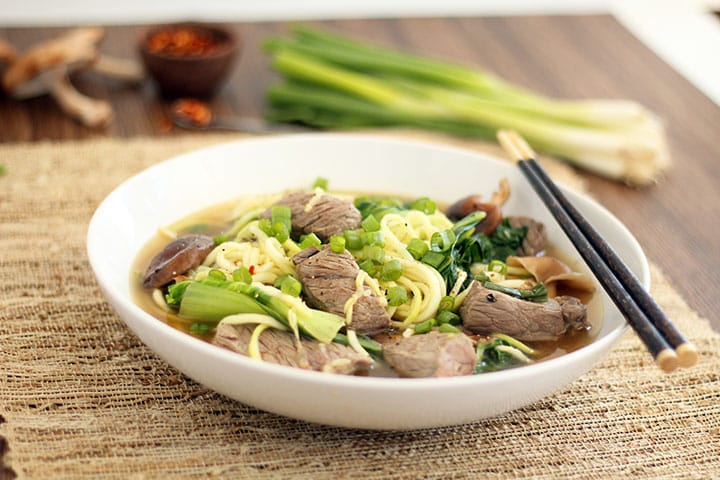 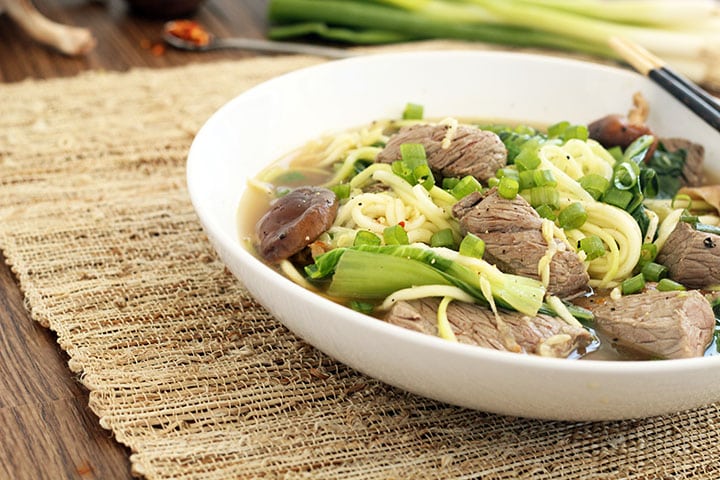 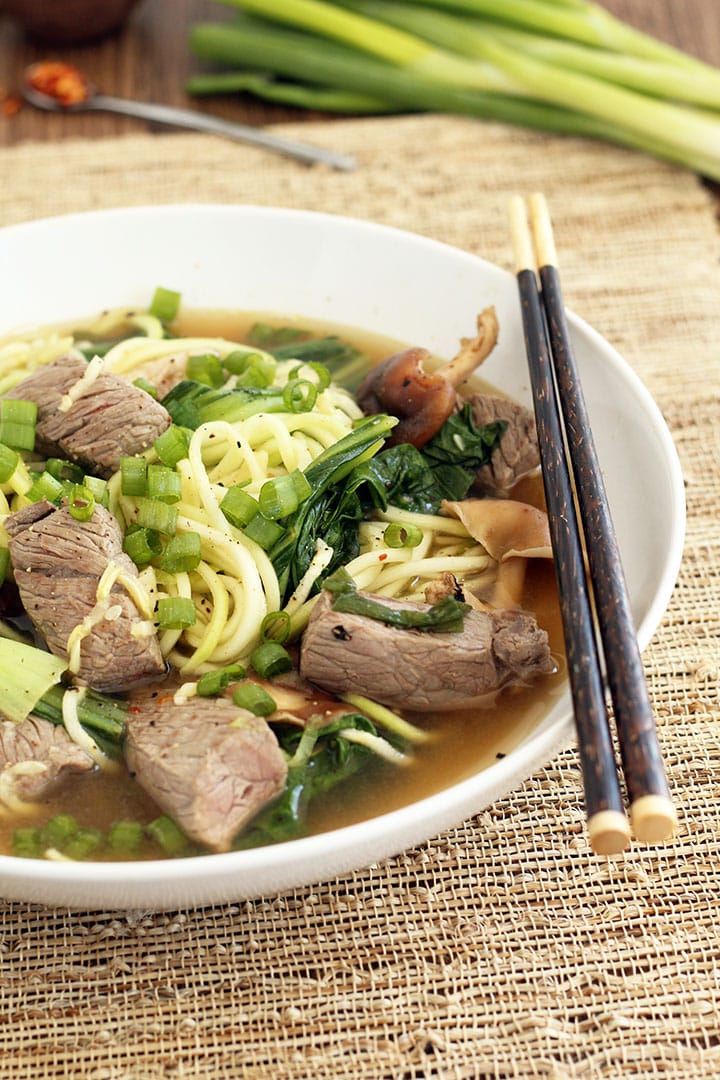 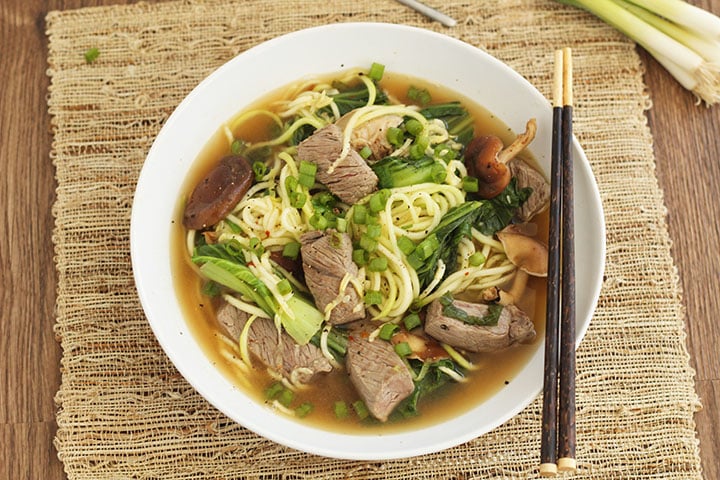 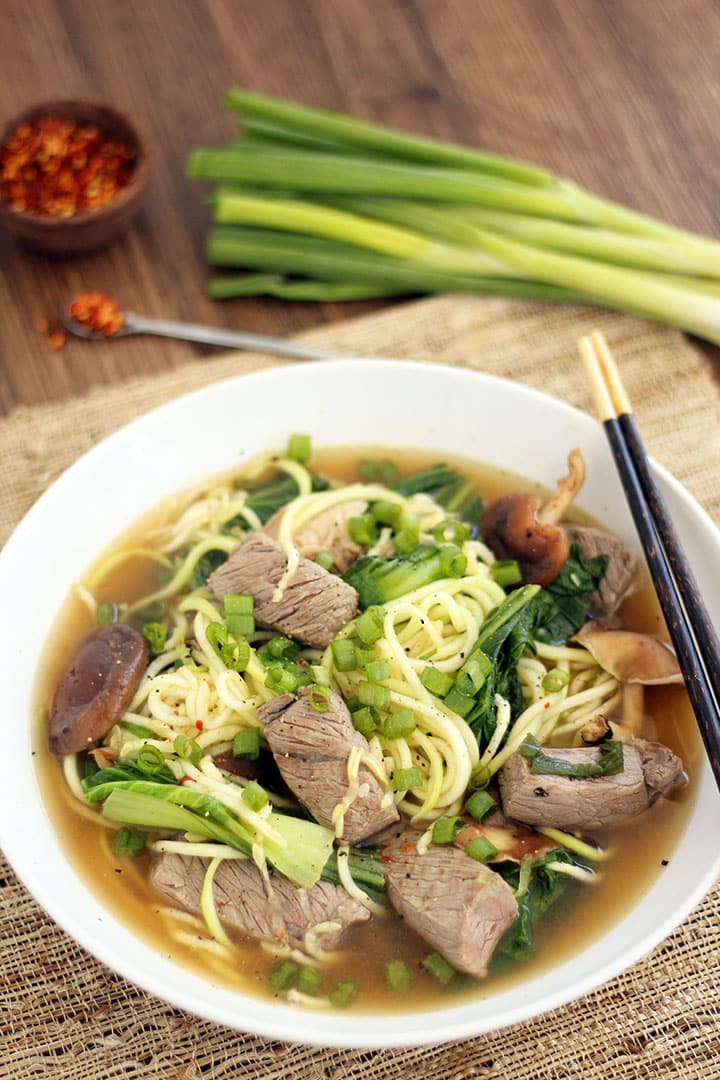 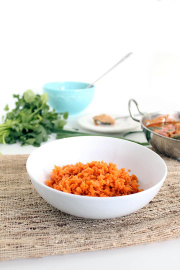