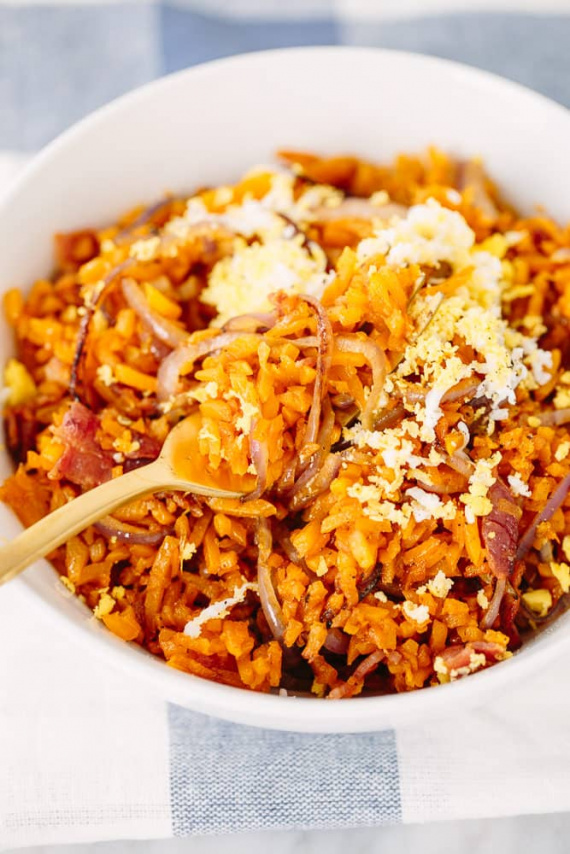 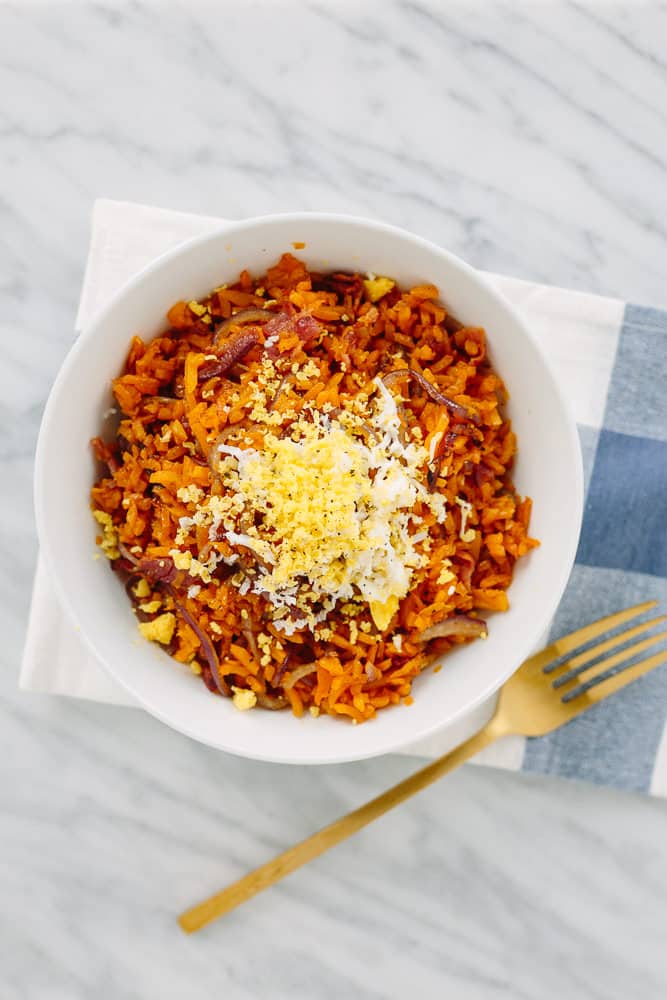 It’s funny that I’m posting a recipe today with bacon and egg, because in a little over a week, it’ll be March and I’m going vegan!

I decided it would be a healthy challenge, and I’ve been missing my vegan days.

So what does that mean for this blog? 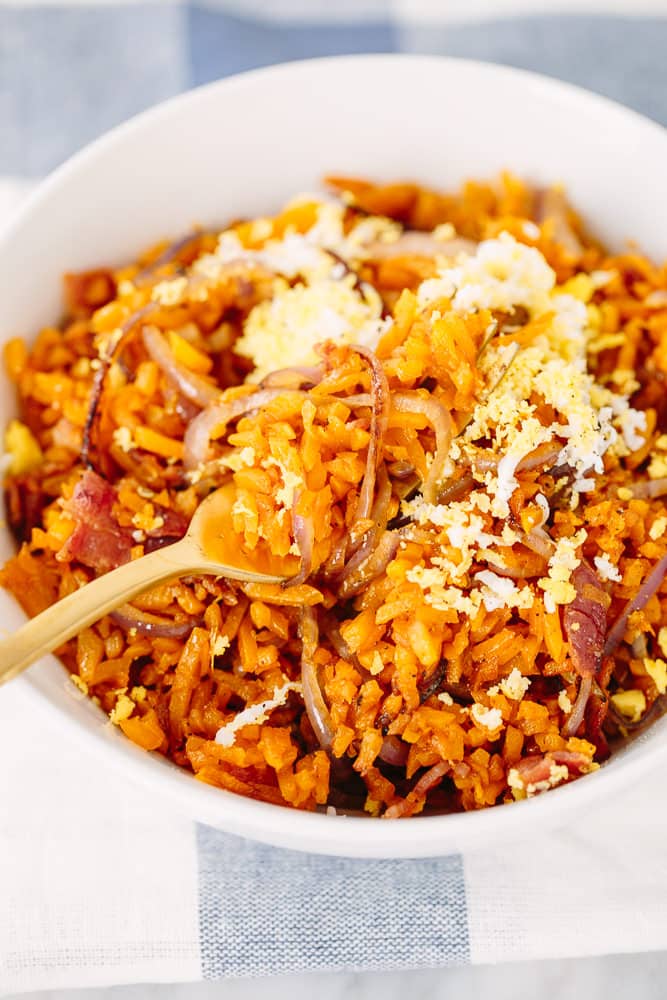 For all of March, we’ll be having a VEGAN MONTH! However, in each post, I’m going to be noting how you can easily transform the dish into something non-vegan, for those of you who aren’t vegan.

However, if you want to follow along with me, MARK YOUR CALENDARS – starting March 1st, Inspiralized is going vegan!

On April 1st, the blog will go back to its omnivorous style – which will be a fun way to start my 29th year (I was born on April Fool’s Day!) 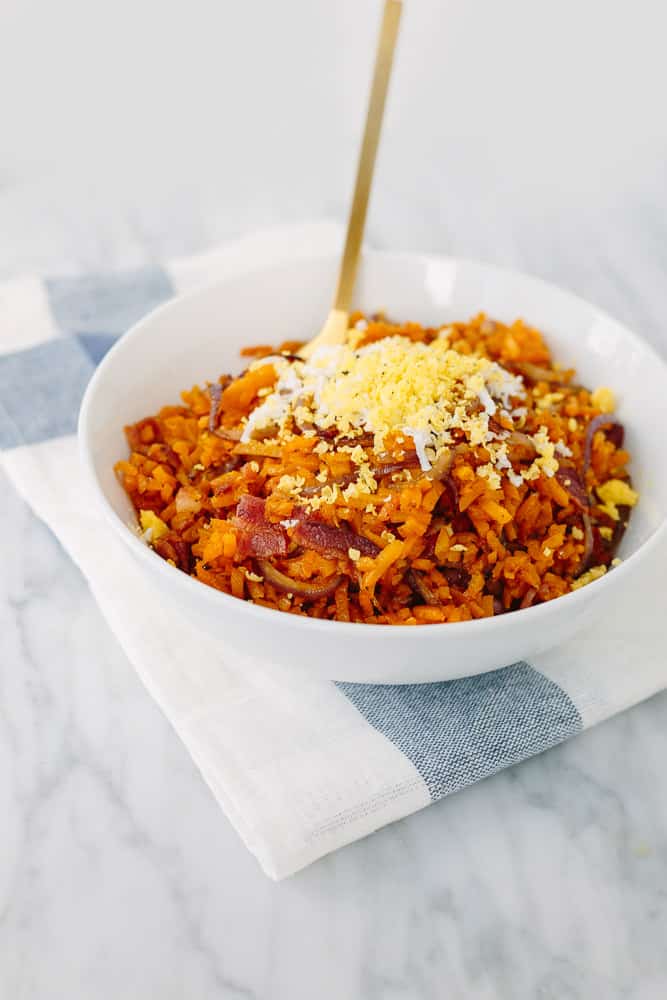 Anyway, today, we’re cooking bacon! The fats released from cooking the bacon are used to caramelize the onions, so no extra oil is needed, keeping the caloric value down – but the flavor up!

I love caramelizing onions – they elevate any dish and are totally worth the extra 10 minutes. As you caramelize, as long as the head is at medium, you don’t need to give them much attention, so you can kind of forget about them.

Now… grated egg. I actually learned this from a Thomas Keller book at our friends Nik and Regina’s home – they had this gorgeous coffee table book of his, where he teaches some fun cooking tips, such as small-dicing asparagus and grating egg. 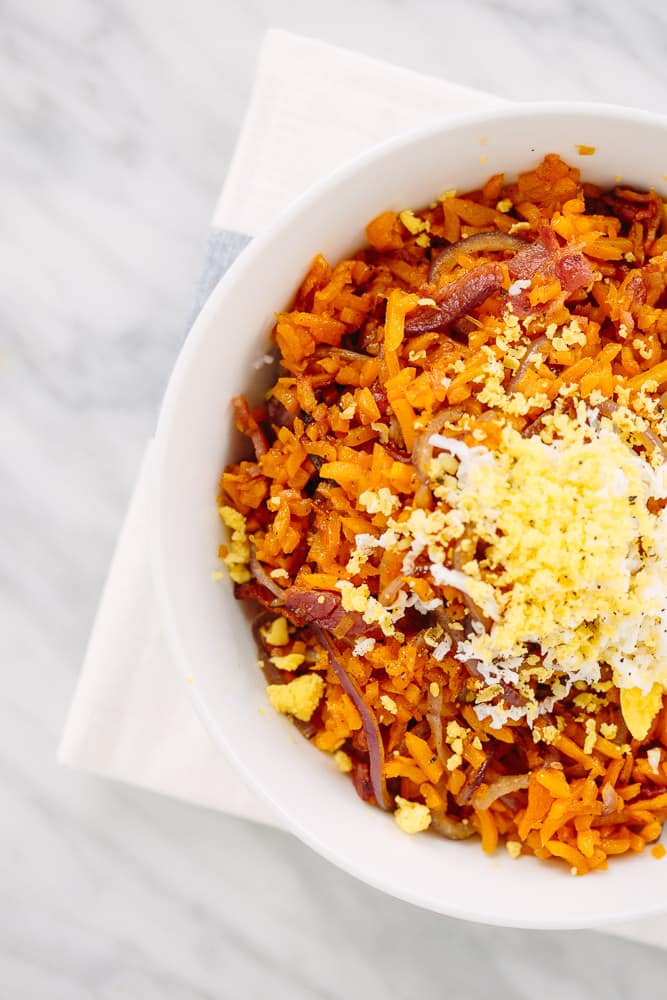 I had never grated egg before I read his book and I love it – the texture of the grated egg is velvety and sumptuous and is great for presentation.

I used a microplane (like this one) to grate the egg – and it worked perfectly.

So… who’s joining me for a vegan March?! 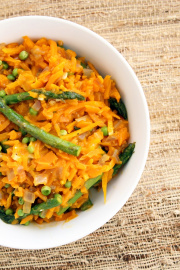