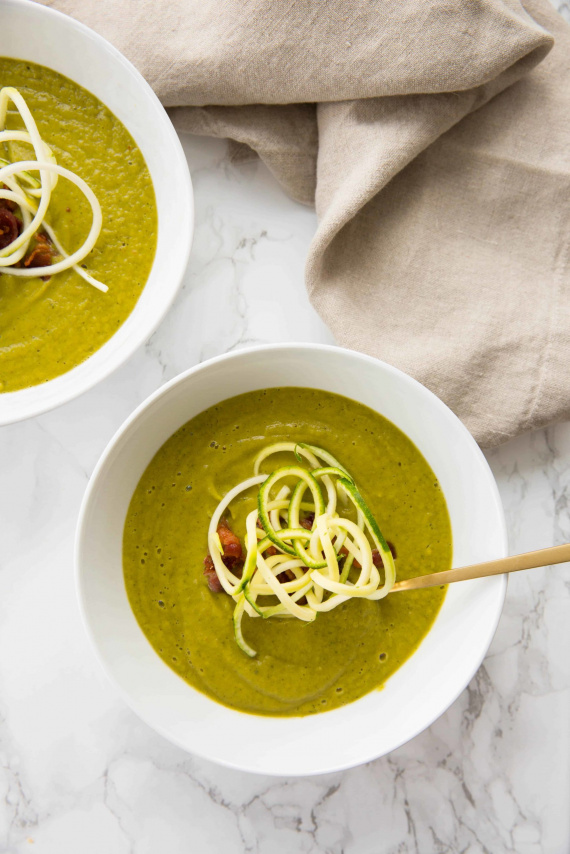 Gluten Free, Soups and Stews, Meat & Poultry, Zucchini + Summer Squash
Yesterday was tough, because the night before, I barely slept. And this time, it wasn’t...
jump to recipe
share this recipe

Yesterday was tough, because the night before, I barely slept. And this time, it wasn’t the baby – it was my stomach!

I don’t know why, but I had near-crippling stomach cramps and aches. It felt at first like the early onset of a stomach bug, but I didn’t have any other symptoms, just stomach pains.

Needless to say, I wasn’t very hungry yesterday and in an effort to a) reduce food waste by eating all the recipes I test for the blog and b) make something easy that I couldn’t muster the energy for, I made today’s recipe. 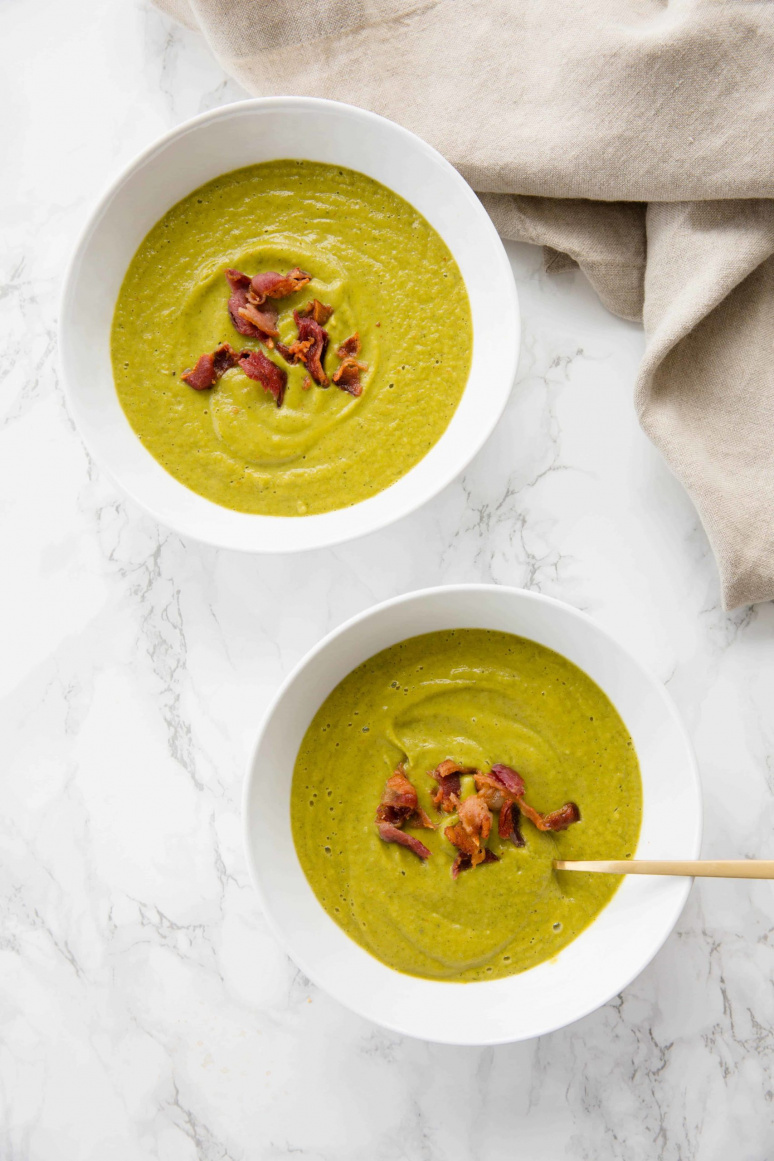 I love when LIFE just gives me inspiration for recipes – and yesterday, I just wanted some fresh, warm, and smooth for lunch. I thought at first to drink a smoothie, but I had one for breakfast, and I wanted to pack in a ton of veggies, and I don’t have enough summer soup recipes (or soup recipes in general), so this came to mind!

I’ve never made my own zucchini soup, but I’ve always enjoyed them on menus during the summertime (they’re usually on the specials menu!), so I put my own spin on it by topping with spiralized zucchinis for crunch and sprinkling with bacon.

JUST what the doctor — err, me — ordered! It’s got a slight bit of spice from the red pepper flakes, freshness from the basil, and it’s creamy (and dairy-free!) from the pureed zucchini and onions. 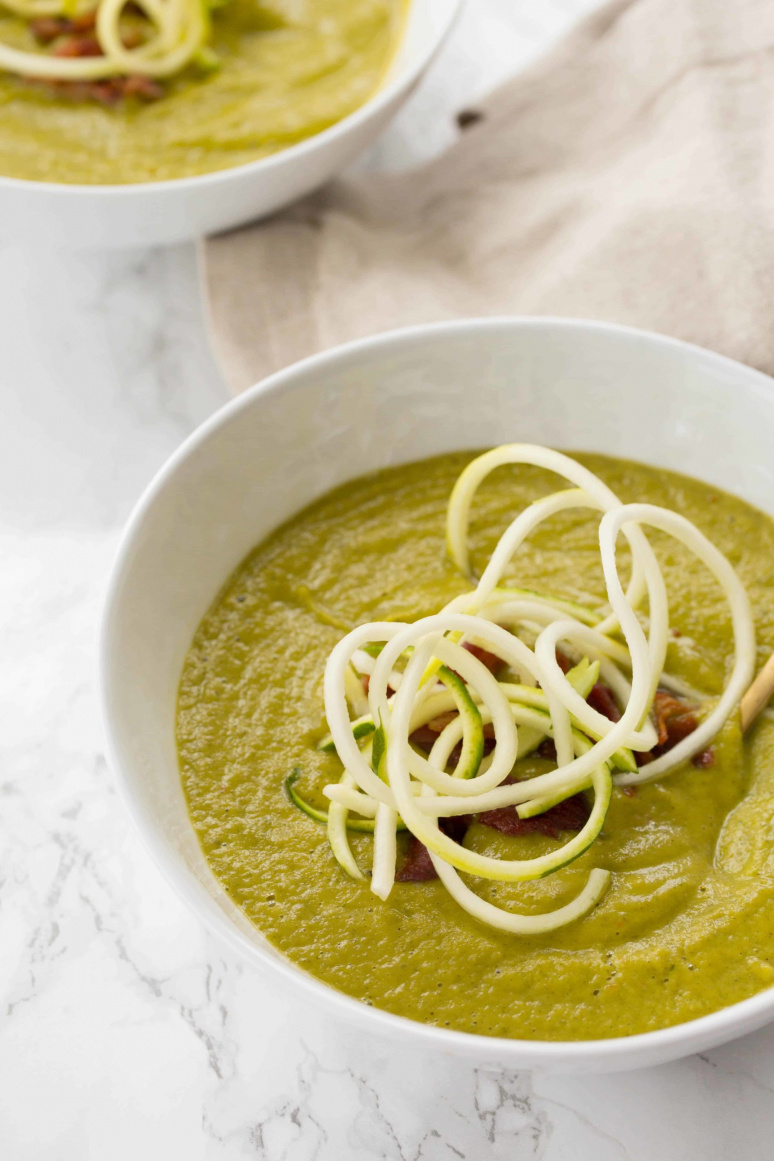 If you want to make this vegan, just use olive oil instead of bacon and veggie broth instead of chicken broth! Easy as that! 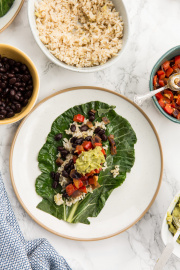