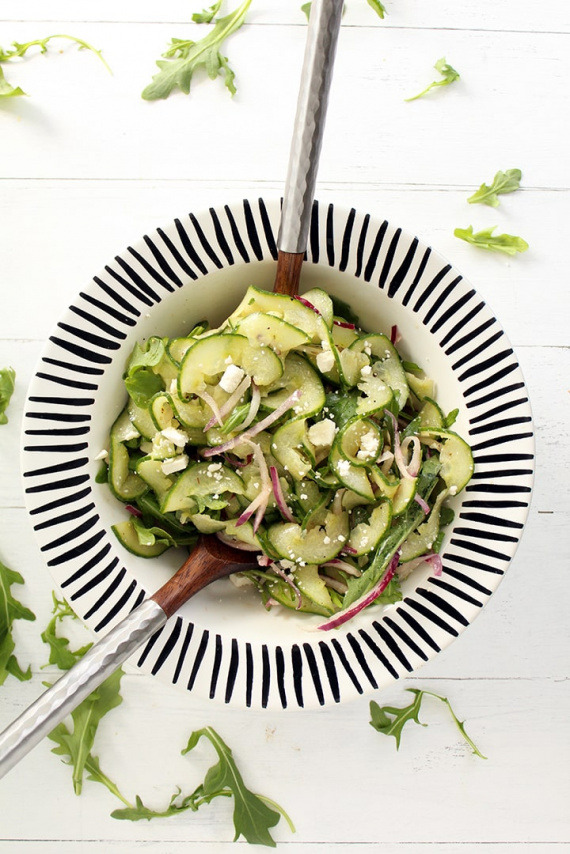 Recipe by Vegetables, Gluten Free, Salads, Sides & Appetizers, Cucumber, Onion
What comes to mind when I say “cucumber?” If any of those thoughts include “boring,”...
jump to recipe
share this recipe 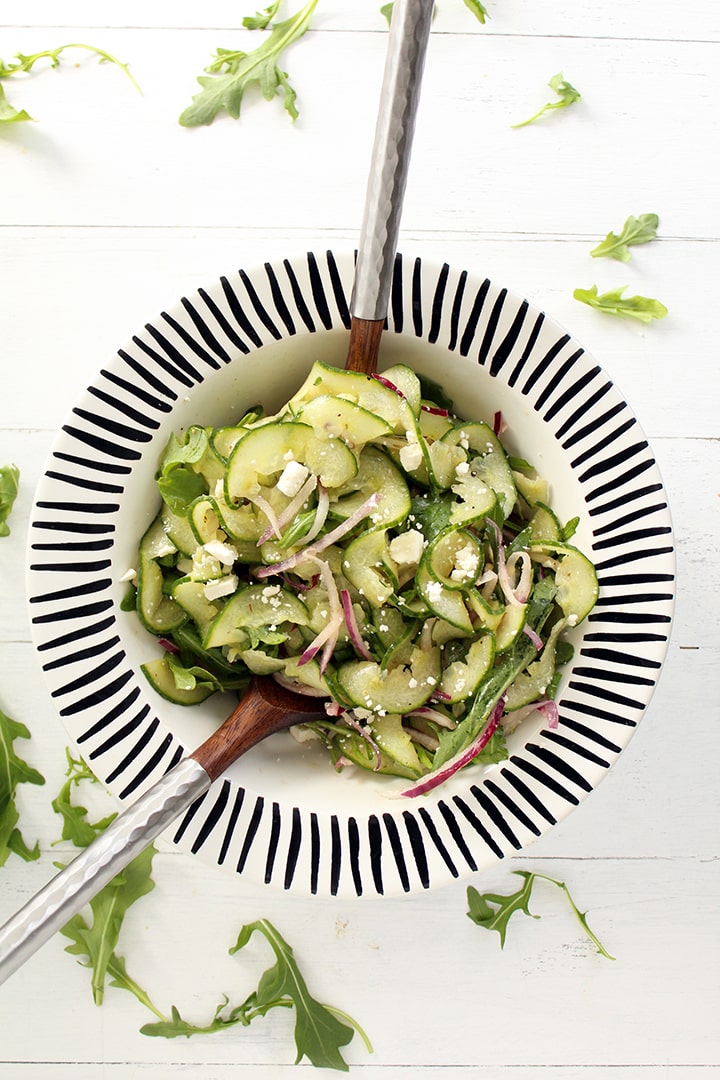 What comes to mind when I say “cucumber?” If any of those thoughts include “boring,” “blah,” “meh” or “tasteless,” then you’re going to be pleasantly surprised.

Truth be told, those are all the words that used to come to mind when someone said cucumber to me. That is, aside from a sea cucumber, of course. Have you ever seen a sea cucumber? Totally strange.

Also, I’m sharing a new video (how to spiralize a cucumber!) and giving my tips on how to incorporate cucumbers in your next meal (and why you should!) 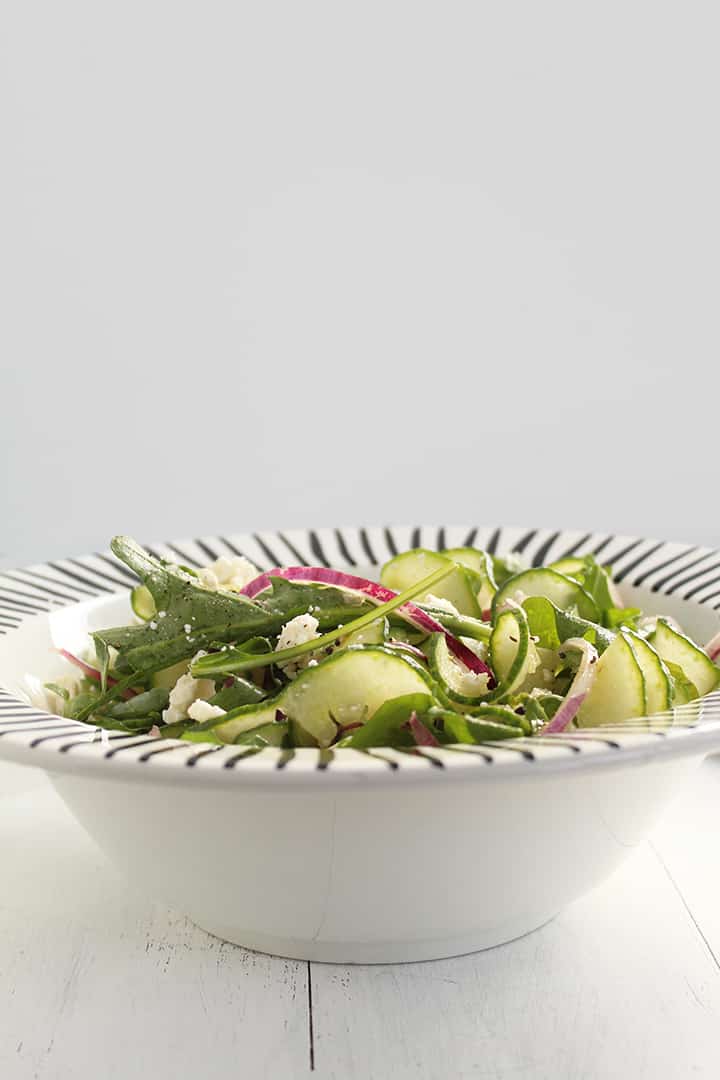 First off, let’s talk spiralizing cucumbers. Cucumbers are a bit tricky. First, if you can, make sure you’re spiralizing a “seedless” cucumber. I’ve made the mistake of buying seeded cucumbers and it’s a pain to pick out the seeds. To save yourself the trouble, look for “English cucumbers” or simply, “seedless cucumbers.”

Cucumbers are made up of 99% water, so, while that is refreshing, it’s not ideal when combining with sauces or vinaigrettes. To avoid a sloppy mess, there’s a trick: pat down the noodles right after spiralizing to remove excess moisture.

Watch my latest video, which shows you what I’m talking about:

Now that you’ve got your spiralized cucumber noodles, there are many uses:

– Toss them in salads to avoid that boring sliced or chopped cucumber rut.

– Add them to a glass of water to add a refreshing cucumber flavor.

– Use them as replacements for noodles, as in this recipe.

– Enhance a pasta salad with the noodles, as in this recipe.

Lastly, they work great as salad bases! Today, we have a very simple recipe that’s so crunchy and refreshing, you won’t believe you’re eating cucumbers. The cucumbers (once patted dry) become coated in this red wine oregano vinaigrette and take on a smooth consistency with a flavorful bite from the acidic red wine vinegar. 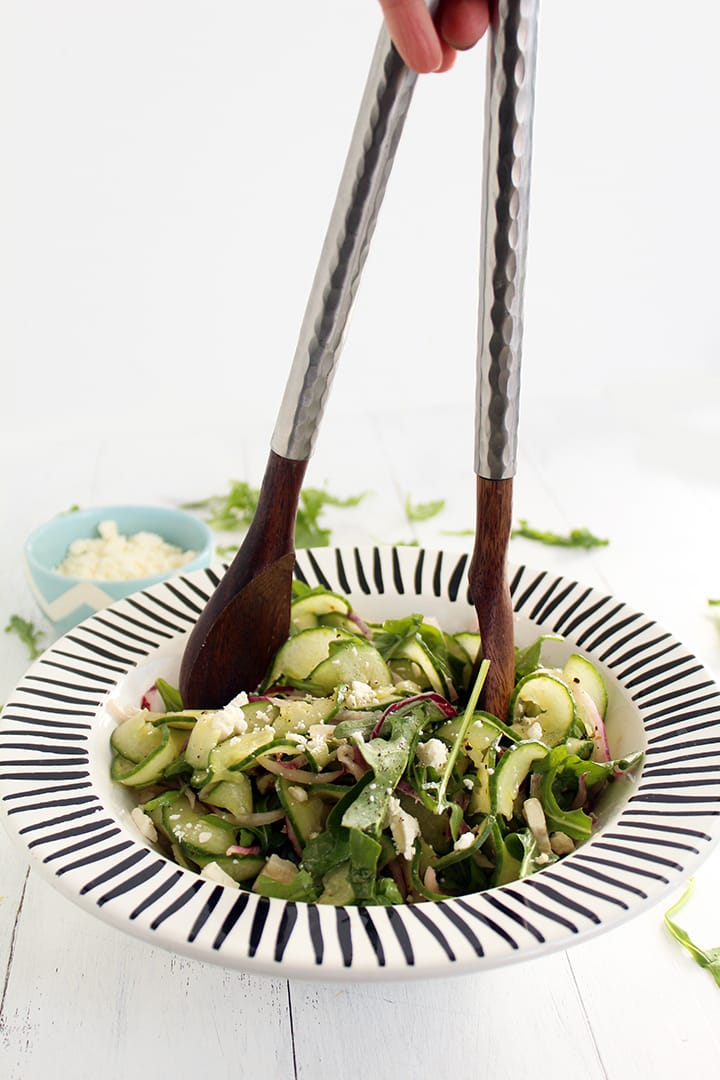 Plus, the feta, arugula and onions (which are also spiralized!) add more light heartiness to the recipe. I love baby arugula in salads – it’s just enough greens. If you use regular arugula, I think those darned leafs try to steal the spotlight from the cucumber noodles.

This salad is amazing and actually refrigerates very well (it’s been tested, by yours truly). Toss this with some chilled shrimp, chicken or even some chickpeas and you’ve got a light lunch.

When someone asks you what you’re having for lunch and say “a cucumber salad,” be prepared for strange looks. But you’ll the one that will be laughing all the way to your bikini! 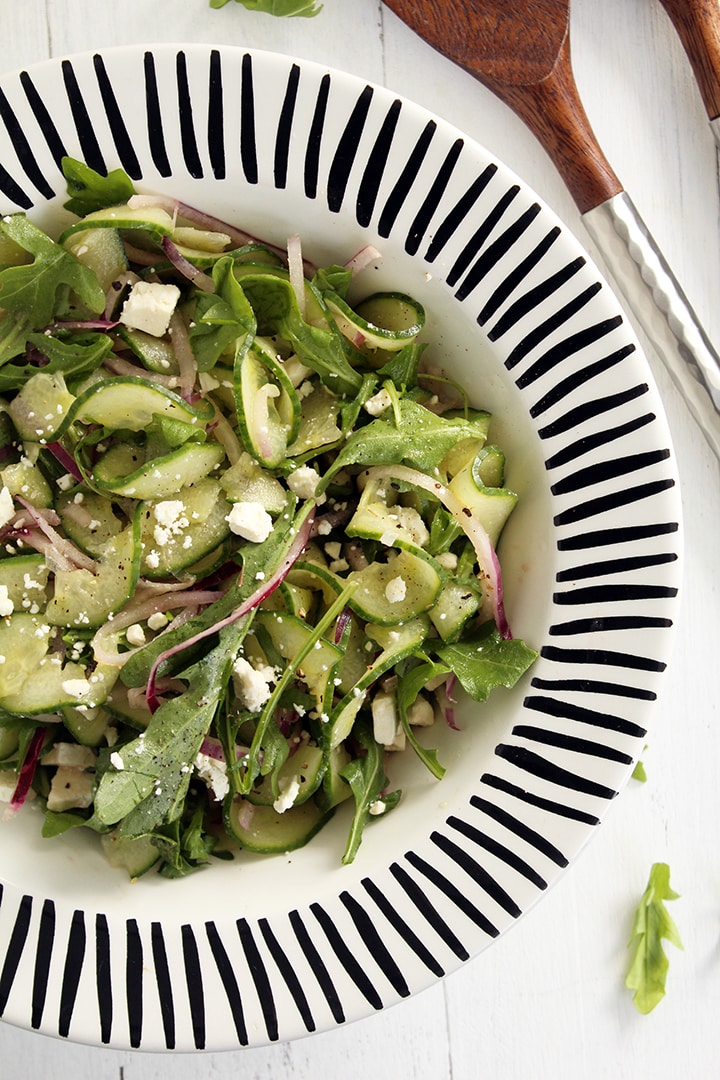 WARNING: This cucumber noodle salad will immediately cause a jonesin’ for summer!

How do you like to eat your cucumbers? Have you ever spiralized them? 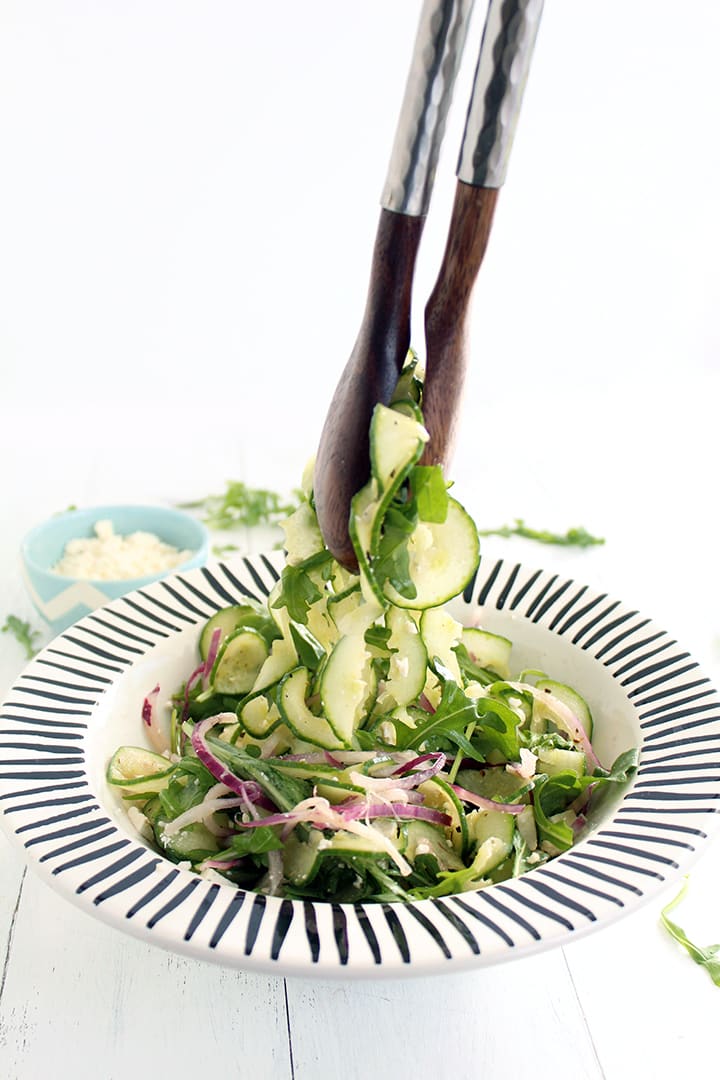 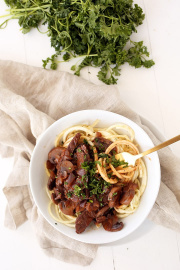