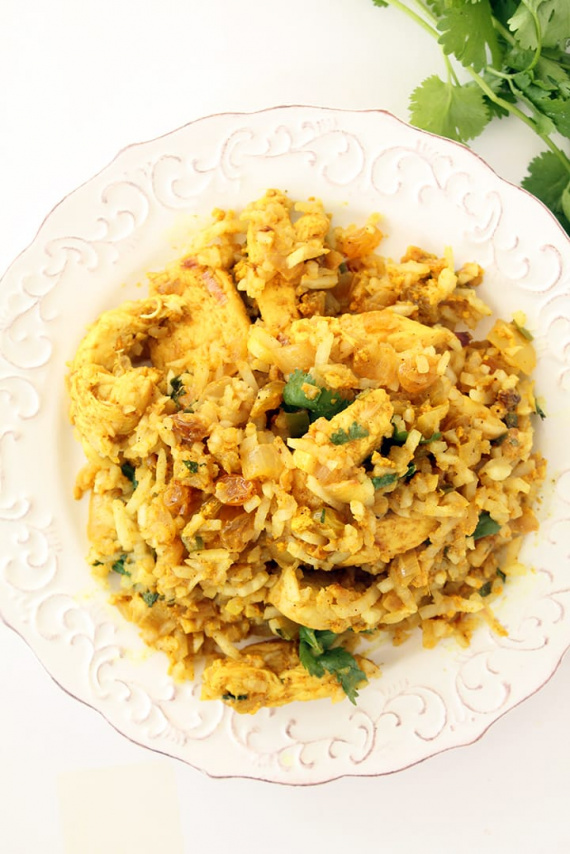 Recipe by Vegetables, Veggie Rice, Gluten Free, Meat & Poultry, Daikon Radish
Before you get to this recipe, let me preface – I was never trained in...
jump to recipe
share this recipe 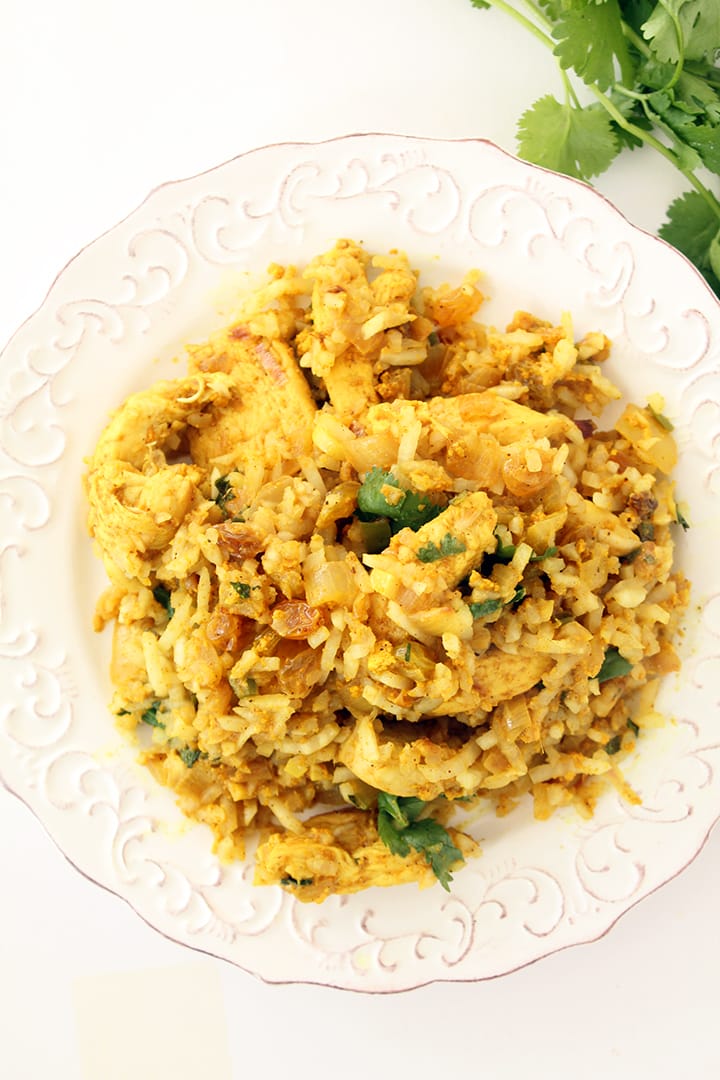 Before you get to this recipe, let me preface – I was never trained in the art of Indian cooking. However, Indian cooking is so full of spices, that as long as you understand how the spices mix together and complement each other, you can squeeze by.

I’ve always loved Indian food – I also like very spicy food, so I’ve always found that there’s something I can order at an Indian restaurant to satisfy my “spicy” tooth.

My love and appreciation for this type of cuisine started when I studied abroad in London.

Before living in London, I had never tasted Indian food. Coming from an Italian American background, most meals were, well, Italian or at least Italian “themed.”

Immediately when I tried my first dish (tandoori chicken), I was hooked. There’s this little Indian spot in Hoboken, NJ where I first lived when I graduated college called “Karma Kafe,” which I’d order takeout from one too many times. Chickpeas in chana masala were my jam back then! 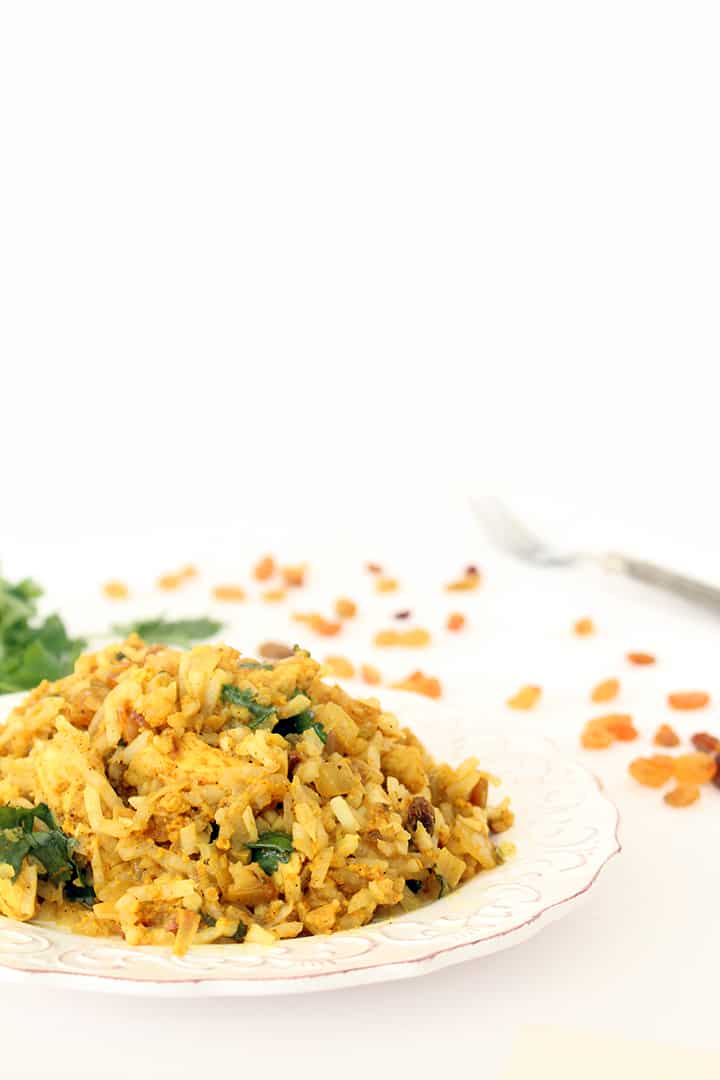 Then, I moved to Jersey City, which usually is noted for having the top largest Indian populations in the country! Lucky me, because there’s no shortage of incredible, authentic Indian cuisine.

Having said that, since Lu and I moved into this apartment, we’ve never had Indian together. The other night, we tried it out at a local Chinese/Indian fusion restaurant and we were totally disappointed – it was way too spicy and over seasoned. I will admit, the garlic naan was incredible. 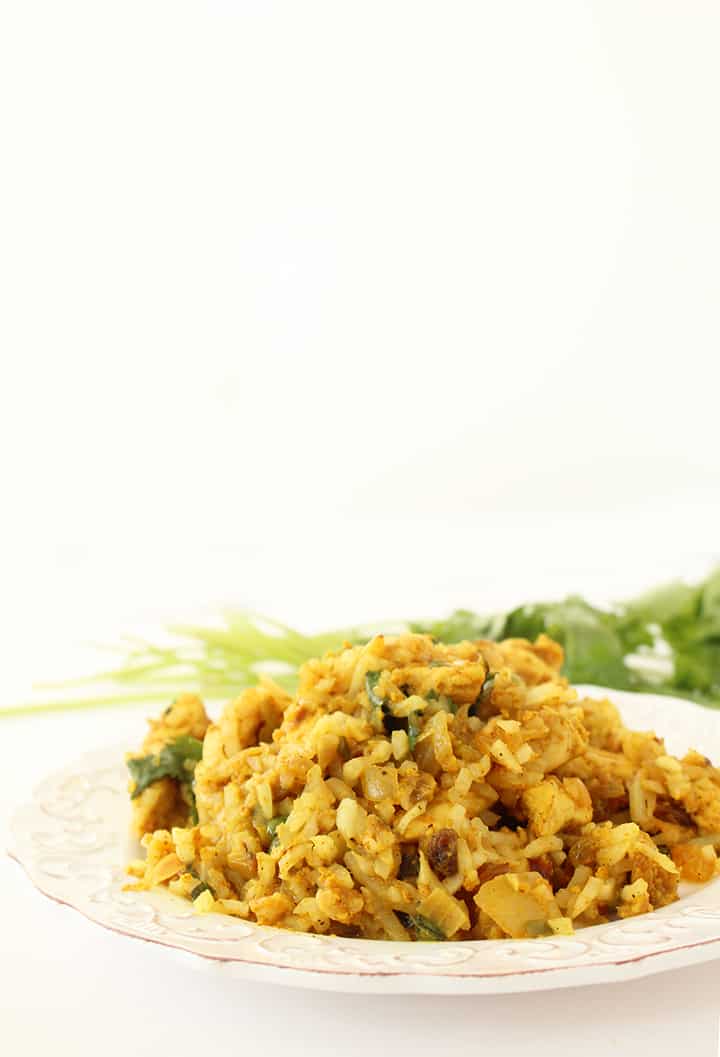 However, like whenever you eat a plate of rice, you feel immediately bloated and uncomfortable afterwards. We honestly had a hard time going to bed, our tummies were so full – we’re used to eating light spiralized meals, so I think we may have shocked our bodies.

This was on Sunday, so I was determined to make something Indian-inspired for the blog this week, hence, this chicken biryani made using daikon rice instead of basmati rice. I read a bit about Indian food beforehand through some BBC websites and used my own taste buds to come up with a recipe as close to the real deal as possible. 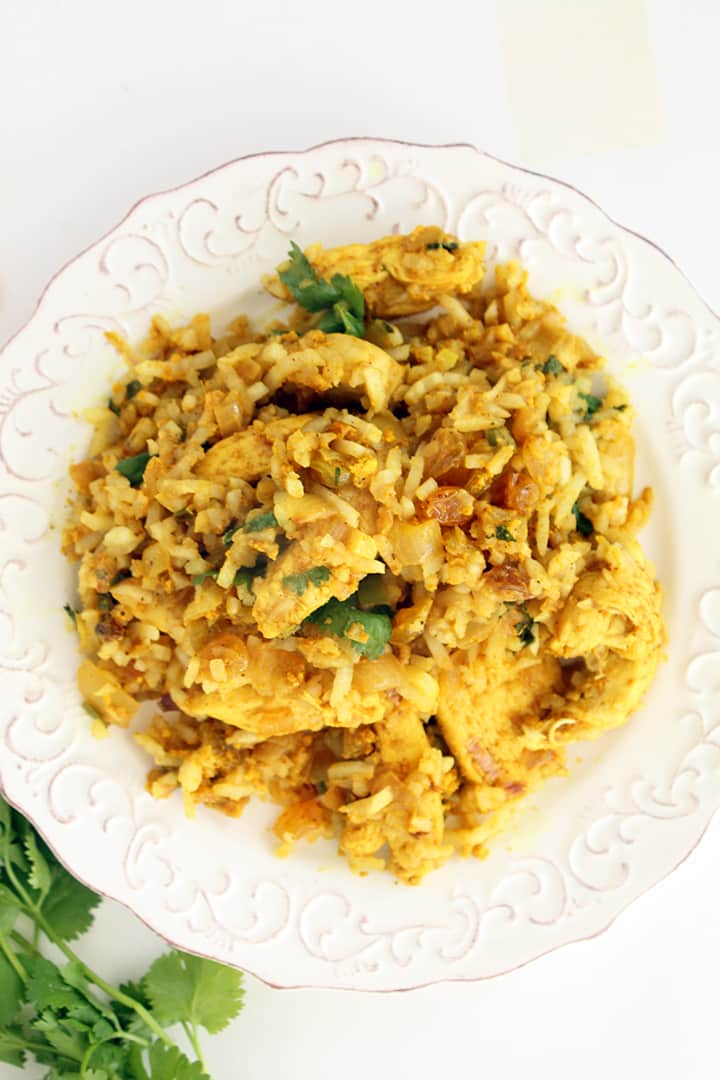 The daikon rice is light and fluffy, like a thin basmati would be, which is ideal for this flavorful biryani. The colors even look the same! The golden raisins are the kicker – some biryanis I’ve had with them, some without, but for me, they were crucial – they add a little bit of sweetness and a chewy texture that’s divine and a nice break from the spice overload.

This dish reheats very well, so if you’re a fan of biryani like me, double this recipe and save leftovers for the work week – your coworkers will be amazed when you don’t need a nap afterwards!

What are your favorite Indian dishes? 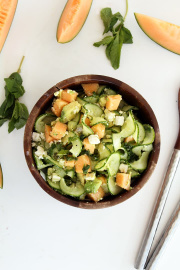