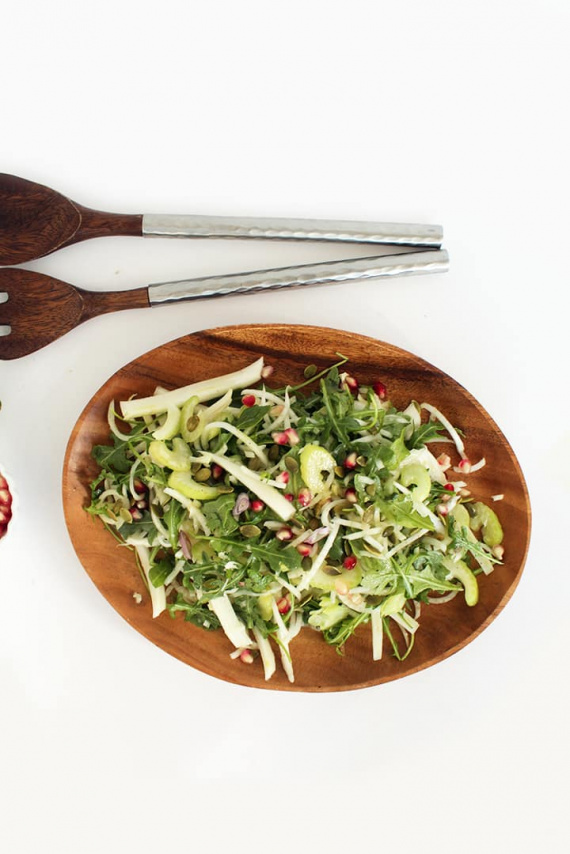 Gluten Free, Paleo, Vegan, Vegetarian, Salads, Sides & Appetizers, Noodles
In my quest to cook more off recipe books, blogs and magazines, I had bookmarked...
jump to recipe
share this recipe 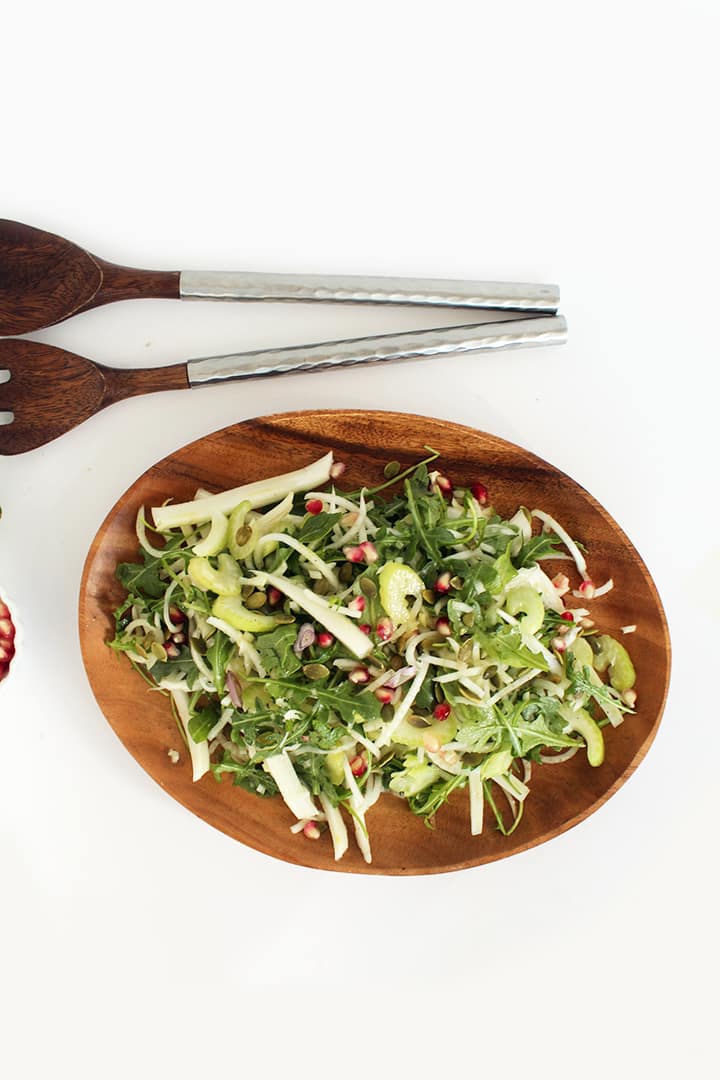 In my quest to cook more off recipe books, blogs and magazines, I had bookmarked this Bon Appetit recipe.

It was perfectly seasonal – pomegranates and fennel. It looked gorgeous in the online picture and, as a lover of fennel, I knew it would work wonders as a side dish with dinner, once the chilly fall temps finally hit.

So, I decided to make it. As I was prepping, I started to slice the fennel (per the recipe) and I immediately became impatient. 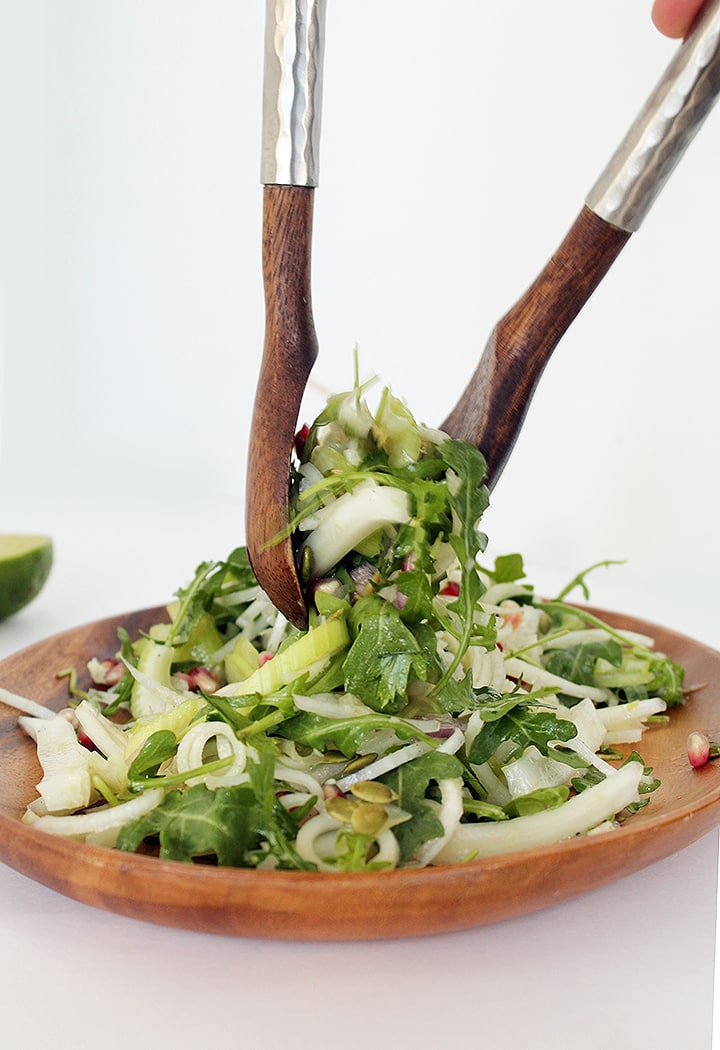 Then I realized – I’m impatient because I’m used to slicing my vegetables very quickly, using the spiralizer. I put down my knife and I took out the spiralizer and quickly “shredded” the fennel. I saved myself five minutes!

I decided to do a post with this recipe, to demonstrate that a spiralizer isn’t just for making noodles out of vegetables and fruits – the spiralizer can also quickly shred and slice vegetables (it’s actually called a ‘vegetable slicer,’ after all.) 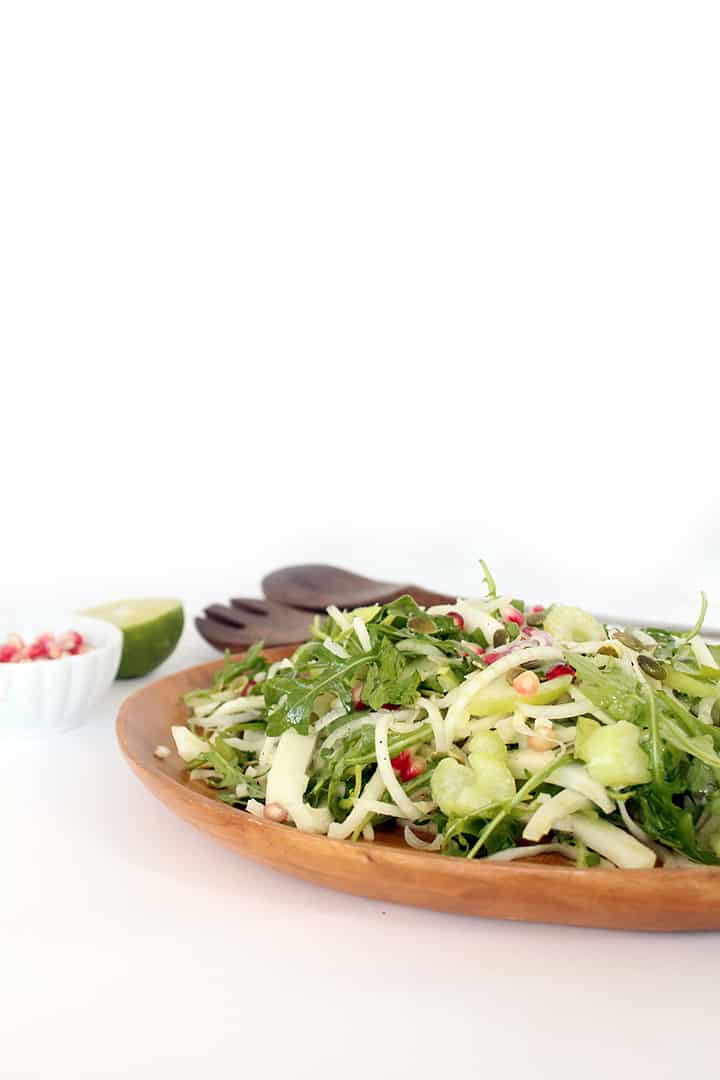 Most popular “shreddable” veggies? You can slice onions, cabbage and fennel using the spiralizer. Fennel’s a bit tricky. After you slice off the stalks and leave just the bulb, the outer leaves usually need to be removed before securing the bulb on the spiralizer.

That’s okay though – with this adapted recipe, the combination of the “shredded” fennel with the sliced fennel (I had to remove the outer layers and slice it by hand) makes for a lovely texture for this salad. 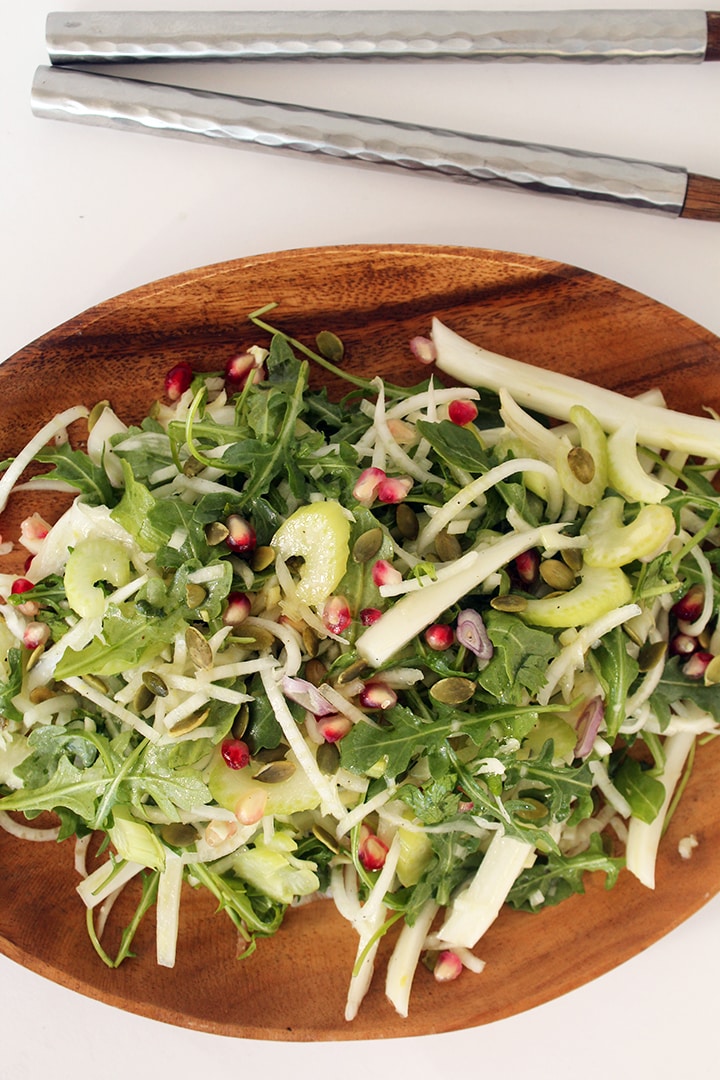 Here, I used Blade C to “shred” the fennel, but you can also use Blade A, which will result in thicker, slice-like pieces (sort of like if you had hand sliced them.) I like the shredded variety, since it makes this salad fluffier and more voluminous.

I added pepitas into this recipe for extra crunch and seasonal flavor – altogether, this dish is a go-to for the fall and winter time. The light olive oil and lime vinaigrette enhances the refreshing flavor of the parsley, celery and fennel. Also, the pomegranates not only give the dish a sweet tang, but a beautiful color.

If you’re looking for side dishes for your fall and holiday get togethers this year that are healthy and fresh, this one should be on the list!

What are your favorite sources for recipes (aside from Inspiralized, of course)?

Inspired by http://www.bonappetit.com/recipe/fennel-celery-and-pomegranate-salad
with love, Ali 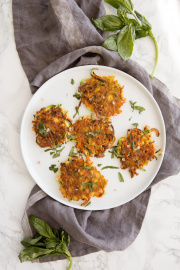