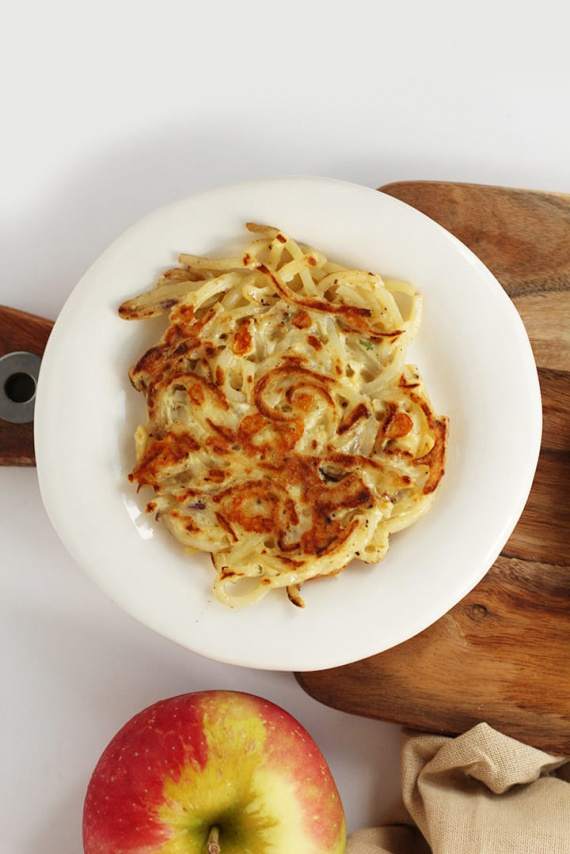 Recipe by Vegetables, Gluten Free, Vegetarian, Pizza & Sandwiches, Sides & Appetizers, Potato
Last year during one of the Jewish holidays, my cousin Sara texted me excitedly and...
jump to recipe
share this recipe 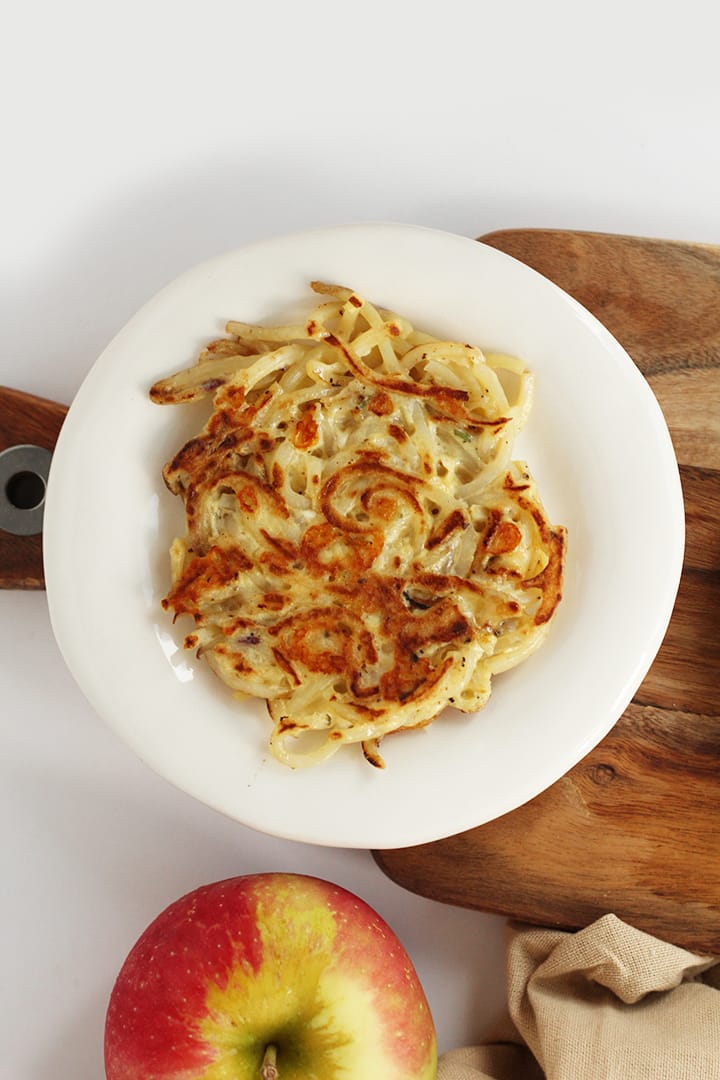 Last year during one of the Jewish holidays, my cousin Sara texted me excitedly and said, “I used the spiralizer to make latkes!”

I had never thought to post a recipe for latkes or potato pancakes, because I figured that it was nothing novel – people are already happy with their grated potato latkes.

Then, I snapped out of it – spiralizing potatoes is much, much, MUCH easier than grating potatoes. It’s quicker, it’s easier and it’s more fun.

So, today, we have a latke recipe that I’m calling “spiralized potato pancakes.” And there’s a twist – they have cheddar! 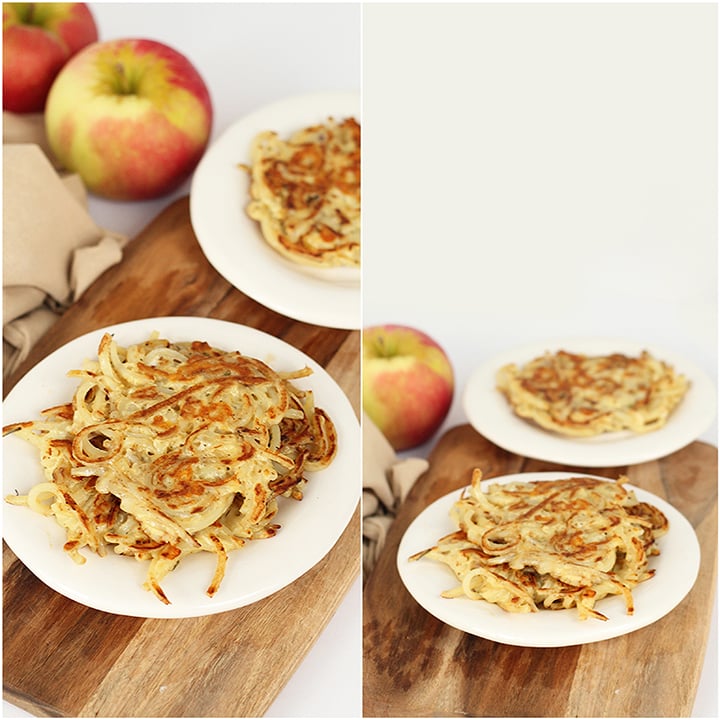 After you spiralize the potato, you cook the noodles in a skillet with some olive oil and seasonings, which elevates the flavor profile of the latke. In this recipe, I’ve added rosemary, salt, pepper and garlic powder – flavors that blend expertly well together.

These potato pancakes are whipped up quickly – after the noodles are cooked, they’re mixed with the egg and cheese and thrown straight onto a skillet. With the use of a spatula, you mold the mixture into a circular “pancake” and let it set on one end, then flip it over and flatten it with the back of the spatula while the other end cooks through. 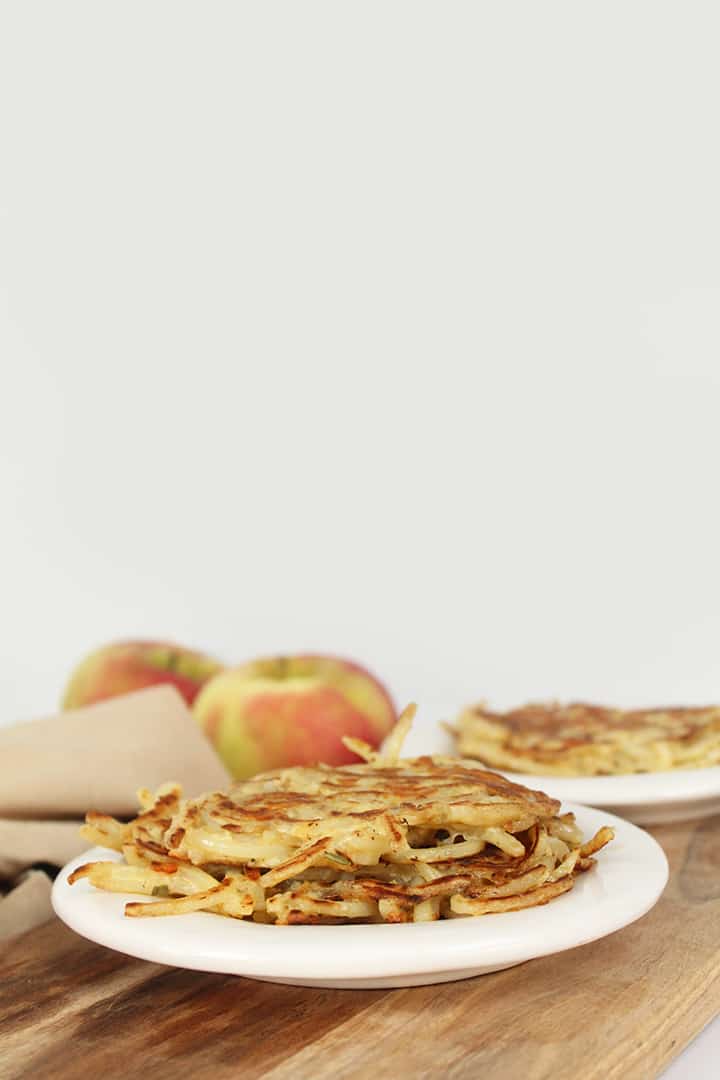 Once these perfectly salty, savory and cheesey potato pancakes are done, the world’s your oyster – they’re totally versatile. Some suggestions: 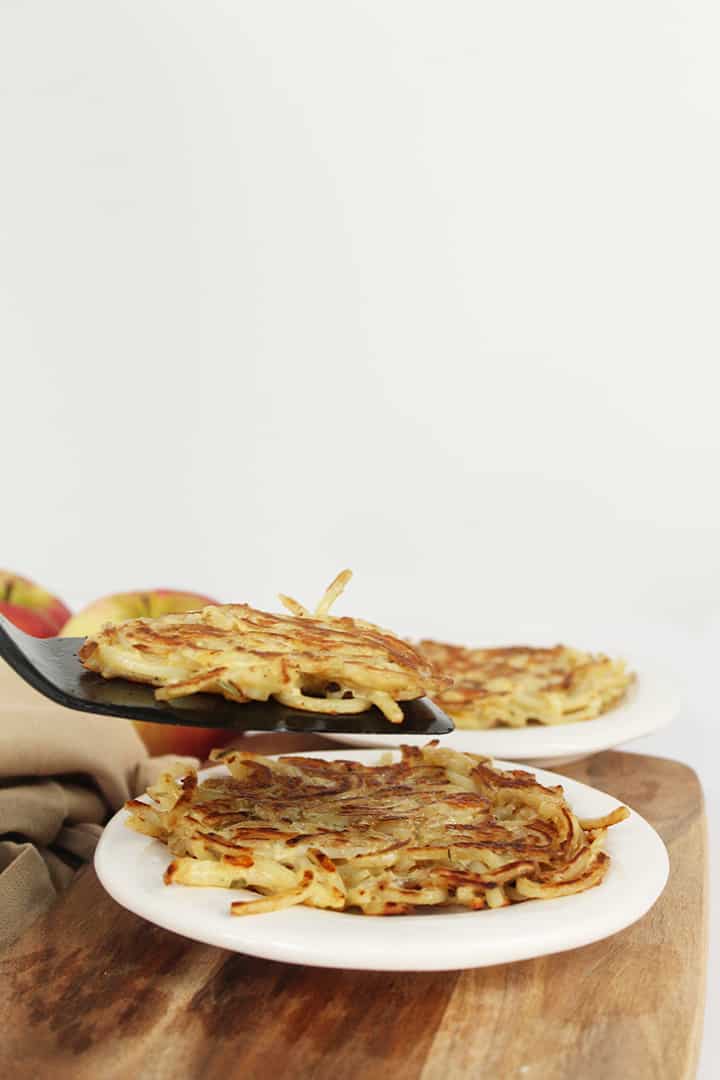 These potato pancakes are great for entertaining guests – they’ll love to watch the process and of course, love to eat them. I used Cabot Cheese’s White Oak Cheddar, but feel free to use your favorite type of cheddar cheese or whatever’s available at your grocery store.

The process for making a spiralized potato pancake is the same – pick your potato noodle (sweet potato, russet, etc), cook in a skillet, combine with eggs and then cook again in a skillet. 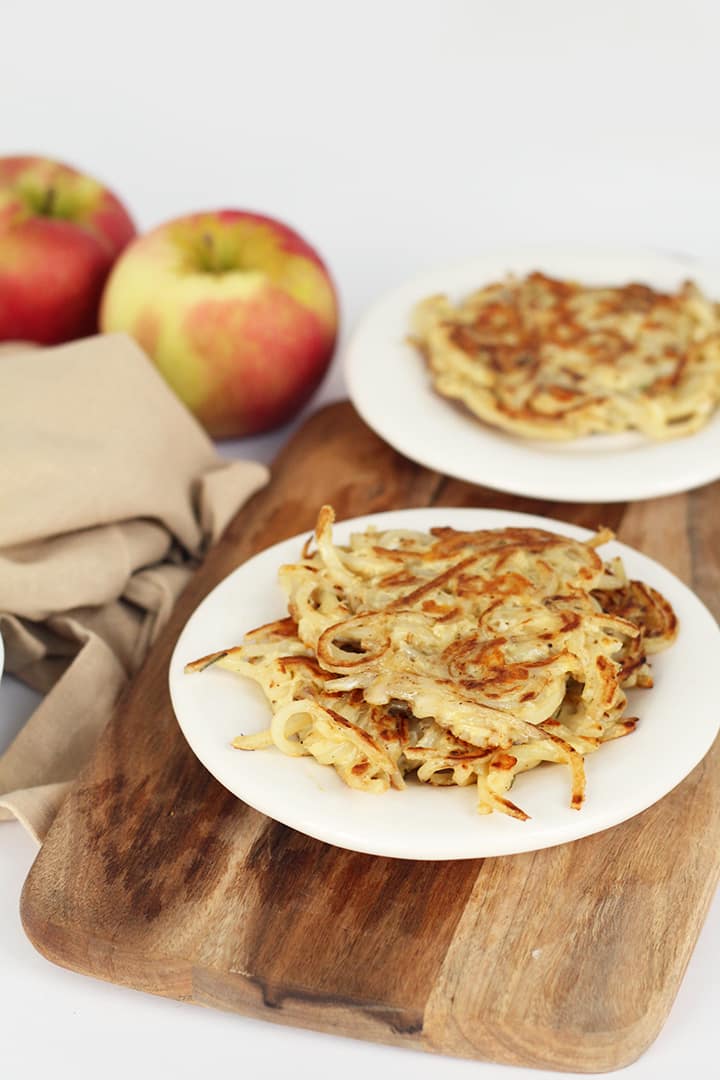 Other fun combinations of flavors could include:

While this recipe is very simple, it’s one that you can have fun with – at breakfast, lunch and dinner!

Note: I am part of the Cabot Cheese Board and Cabot Cheese has sent me complimentary cheeses to try in recipes. However, all opinions are my own.

What would you pair these potato pancakes with? 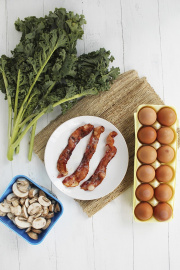