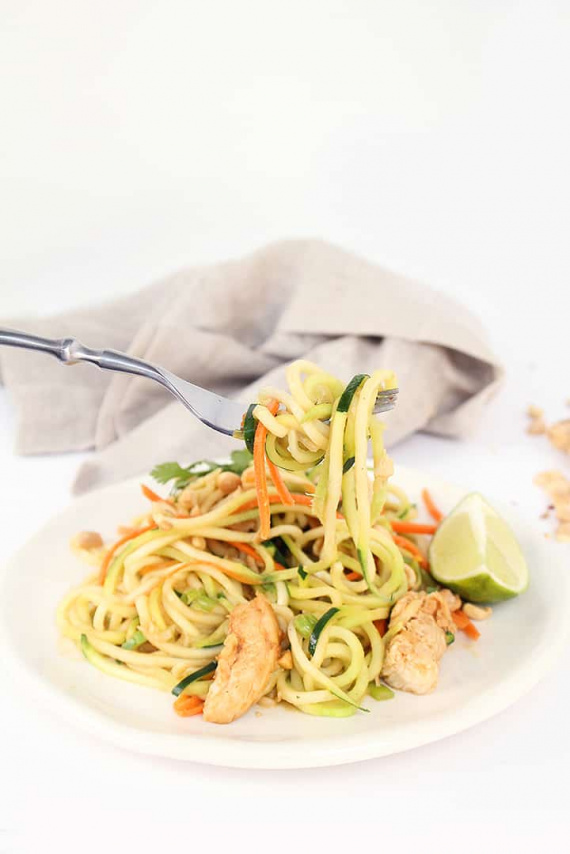 Recipe by Vegetables, Meat & Poultry, Noodles, Broccoli, Zucchini + Summer Squash
Gina from the healthy food blog Skinnytaste  has a new cookbook out as of yesterday! In honor...
jump to recipe
share this recipe 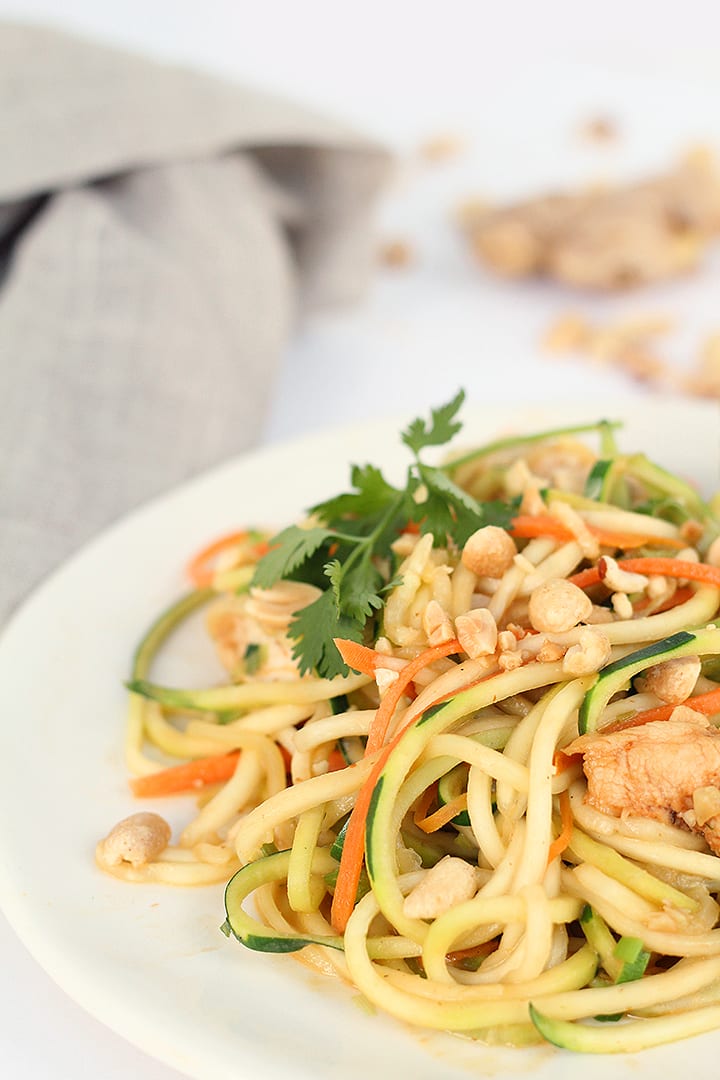 Gina from the healthy food blog Skinnytaste  has a new cookbook out as of yesterday!

In honor of this release (how exciting!), I’m sharing with you one of her recipes from the cookbook – an Inspiralized version, of course.

Yes, I repeat: there is a recipe in this blog post. 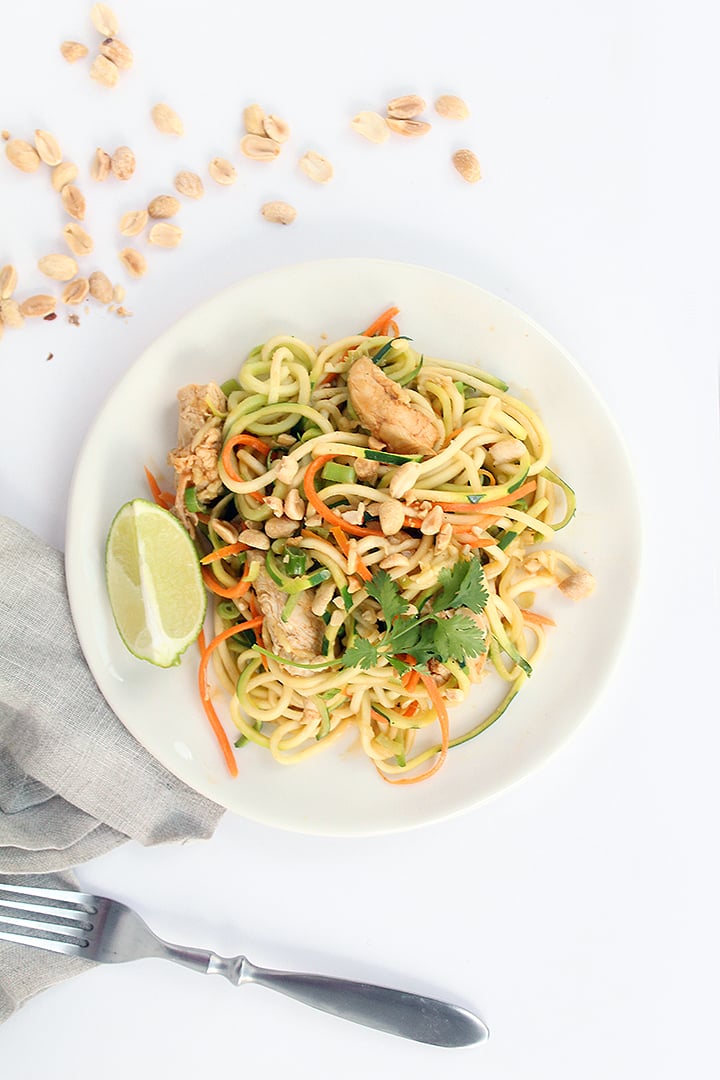 Now that I made the comment, let’s address last week’s post, reviewing Against All Grain’s new cookbook. I’ve had the pleasure of getting to know Danielle through the blogosphere – her story is inspirational, her recipes are solid and of course, she’s been a big supporter of the spiralized movement and me!

Any girl that spiralizes is a friend of mine! 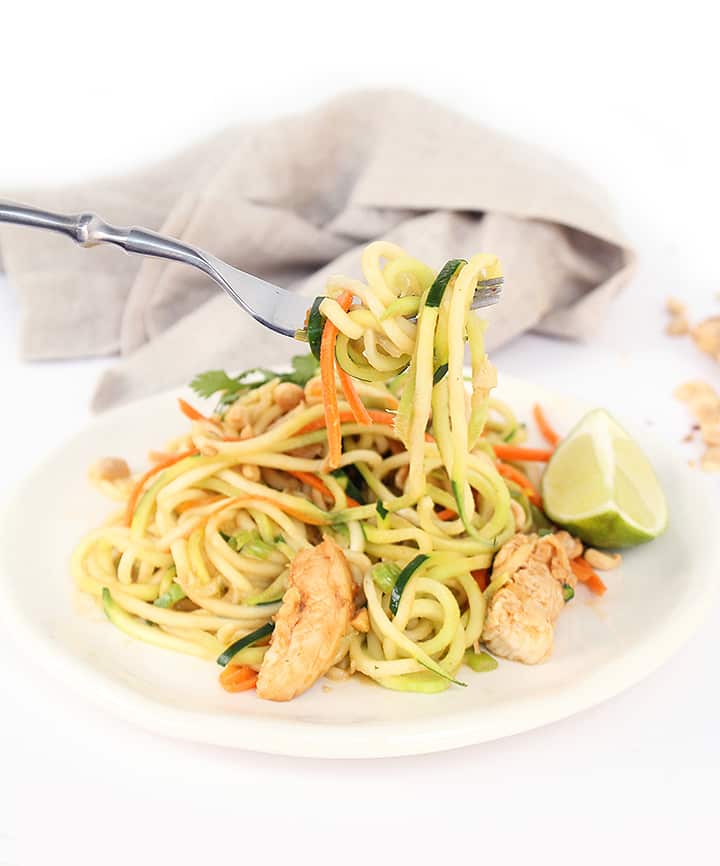 While I was trying to support a fellow blogger who I believe in, some awfully rude, angry comments started flowing in. “I have to buy a cookbook to get one recipe? I don’t THINK so!” and “Think I will just buy her book, and not follow your blog any more.”

I was pretty stunned. I love my readers, and I was hurt that they had such anger and hostility towards me in their comments. I thought I was doing a kind thing, recommending an amazing cookbook that has delicious spiralized recipes in it (isn’t that what y’all come here for – spiralized recipes?)

Then, the kinder readers chimed in with things like “Kudos to you for all of your hard work, and for willingly showcasing another bloggers work.” and my personal favorite, “You are one of the most dedicated food bloggers I’ve ever followed — even on your busiest weeks you give us countless new recipes! (and for free!) I think you know you’ve made it when you have haters.” 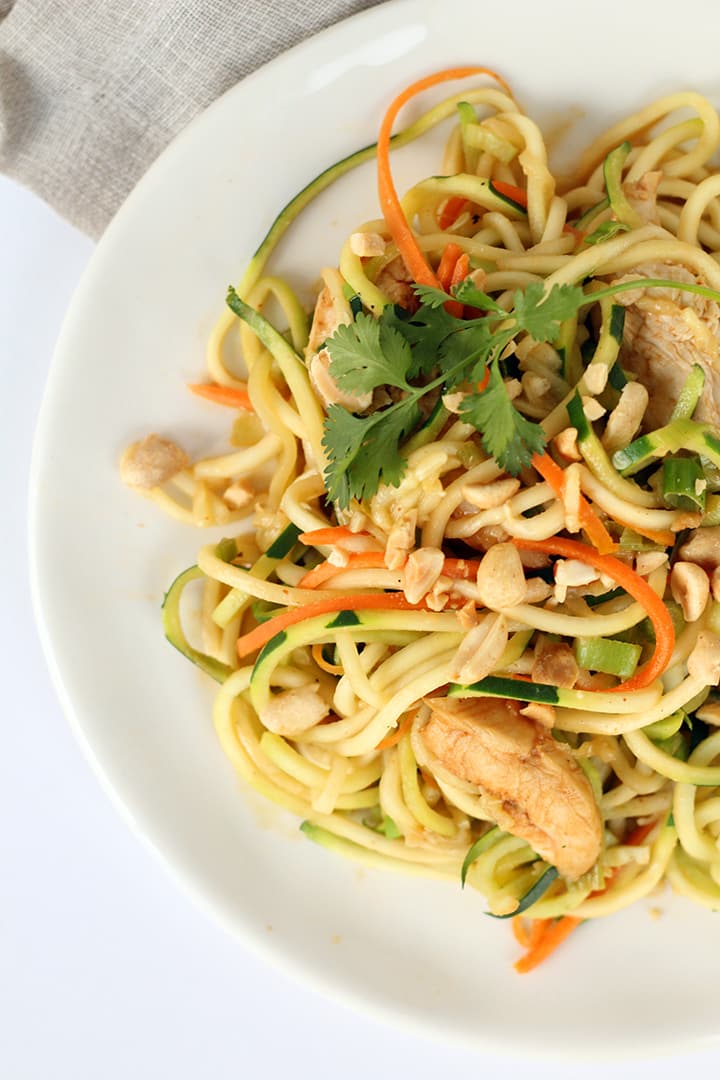 Instead of continuing to be hurt by the nasty comments, I reread all of the supportive, compassionate comments and realized that I am so grateful for those people who believe in me, what I’m doing, and appreciate the hard work I put into this blog.

However, I’m a firm believer in that everyone is entitled to their own opinion and I’m putting things out there, so I should understand that that comes with some dissension. For those of you who were disappointed and discouraged, I apologize.

Alas, I spoke with the incredible Gina at Skinnytaste and she OKd me to share this recipe with you – especially because I’ve adapted it and “Inspiralized” it. Let me tell you, it’s delicious – I don’t think I could ever have replicated this peanut sauce quite like she has. 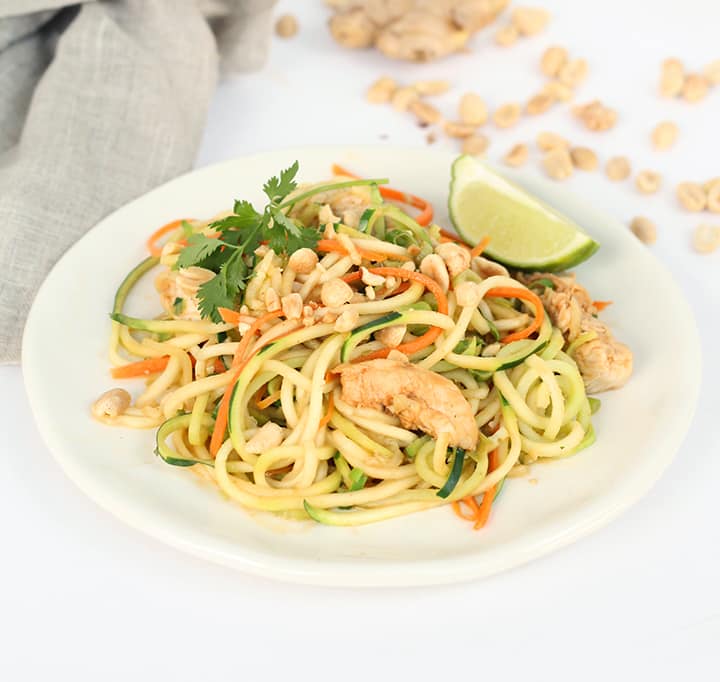 Every single bite is a dream – filled with creamy peanuty flavor and healthy crunch. I love the addition of the broccoli (which I spiralized, instead of leaving as a “slaw” per her original recipe) – it gives this dish even more flavor and fiber to fill you up for longer.

The zucchini noodles save the day, replacing the regular noodles in the recipe and cutting the caloric and carb count down a lot – which is what Skinnytaste is all about (light on calories, big on flavor!) 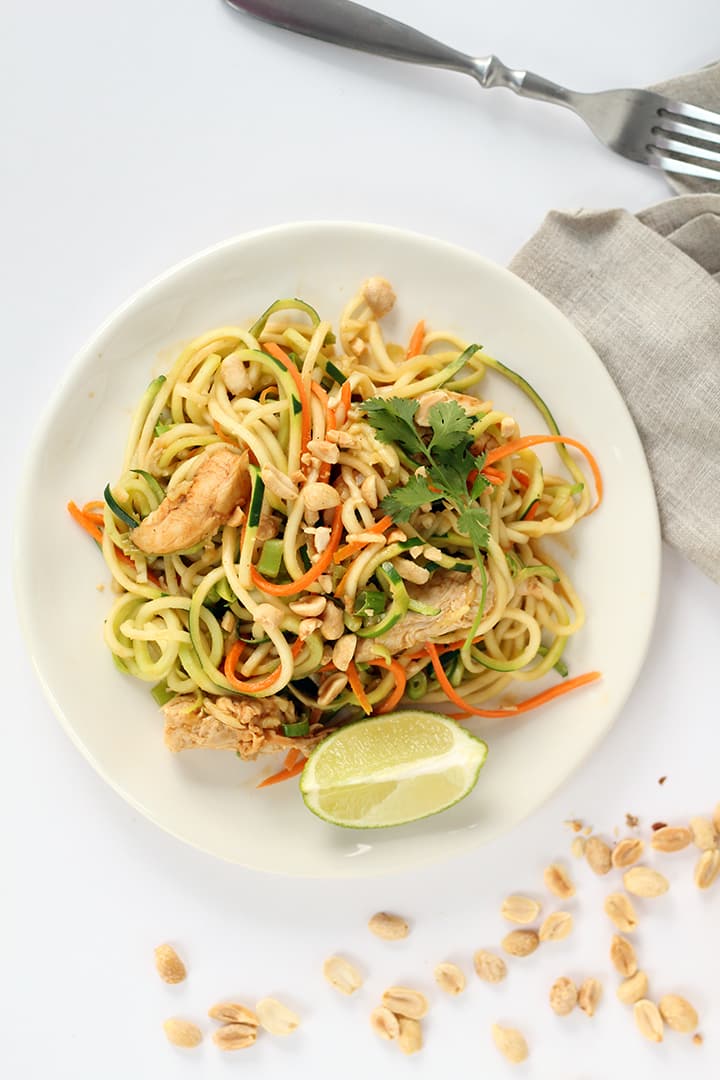 I’m in love with this cookbook and I can’t wait to make more recipes from it. I’ve already stuck quite a few Post-It notes throughout.

Thanks in advance for the love, everyone. You inspire me more than you’ll ever know! 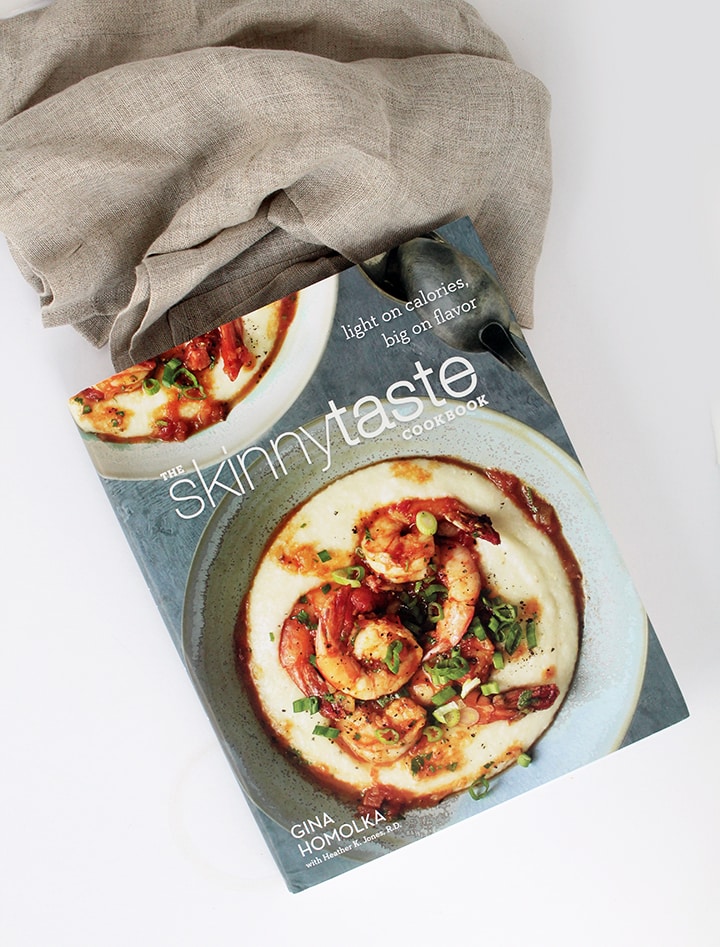 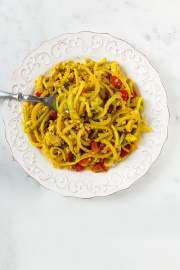