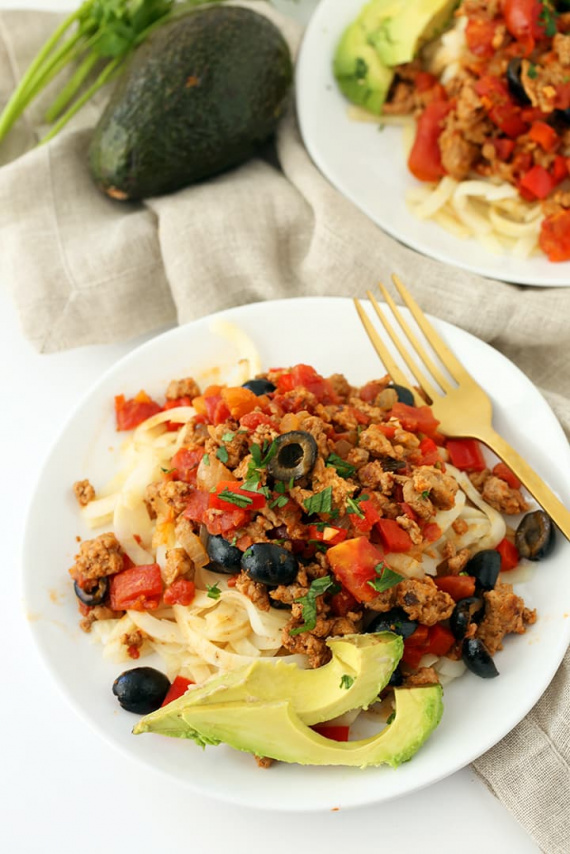 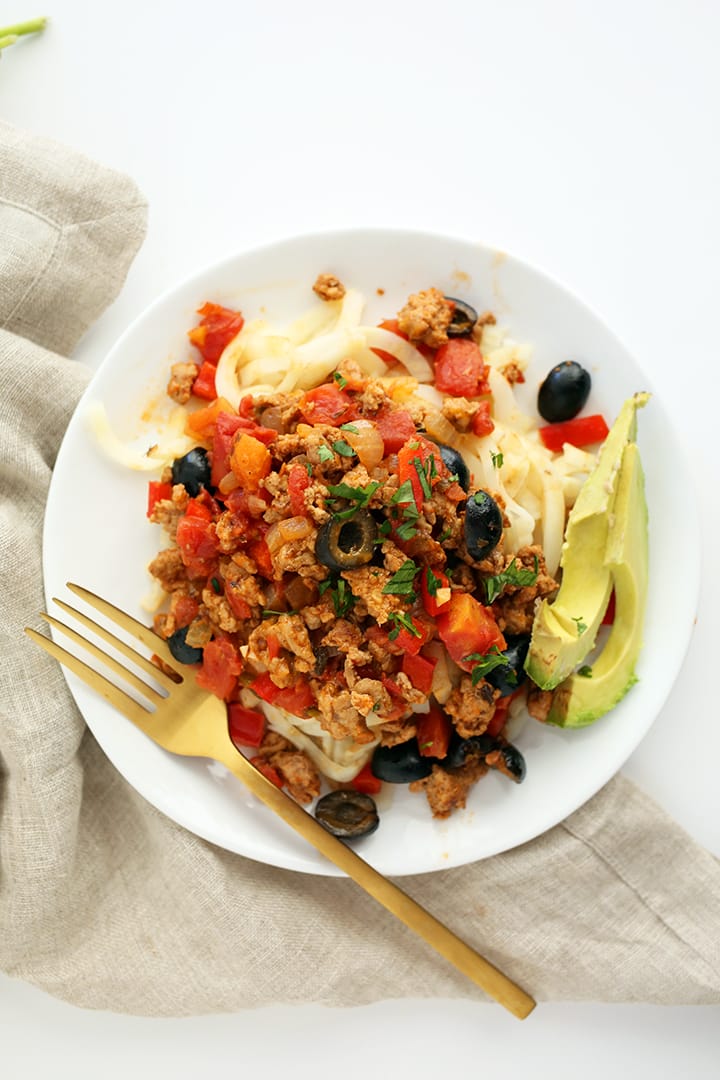 Remember last Monday when I said I lost the photos for this taco pasta dish?

Well, the next day, I found them, buried deep within my Dropbox! I guess I must’ve dragged and dropped carelessly.

I’m thrilled, because this easy taco pasta with celeriac noodles is sinfully good. 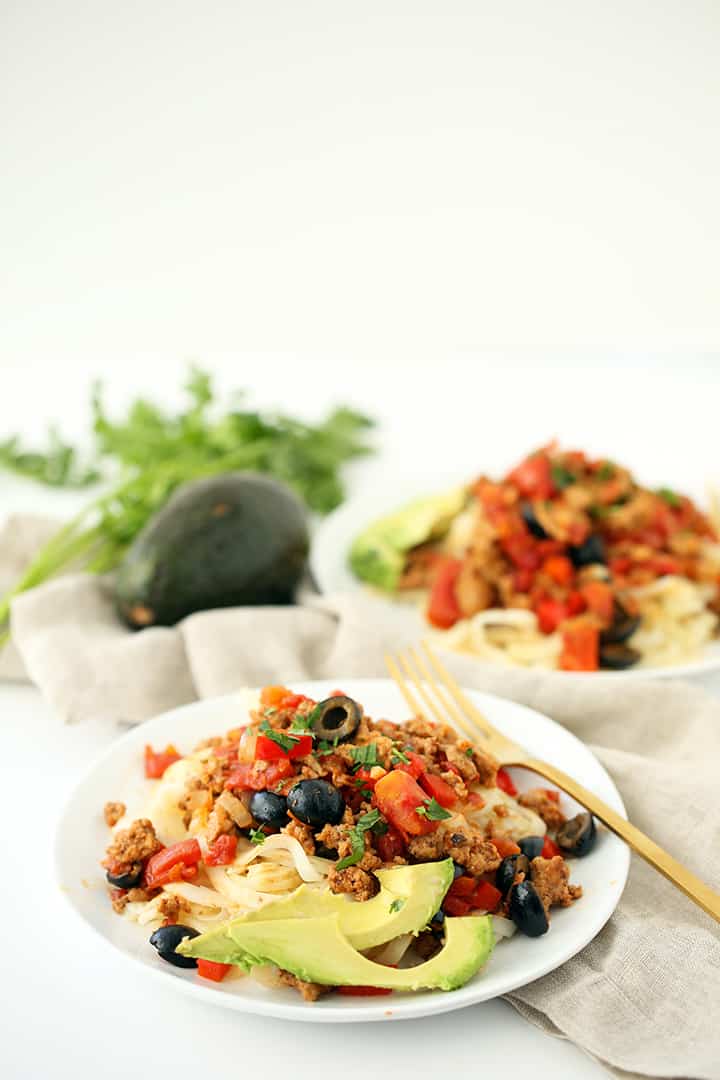 While this dish comes together in 30-35 minutes, it doesn’t taste that way. It tastes like a true bowl of cheesy, indulgent taco filling. Since it’s wintertime and tomatoes aren’t growing in most gardens, I chose to use canned tomatoes (drained first.)

However, if you prefer to use fresh tomatoes, substitute in 2 cups of freshly chopped tomatoes. You’re probably going to want to make this year-round, so remember that tip during the summertime! 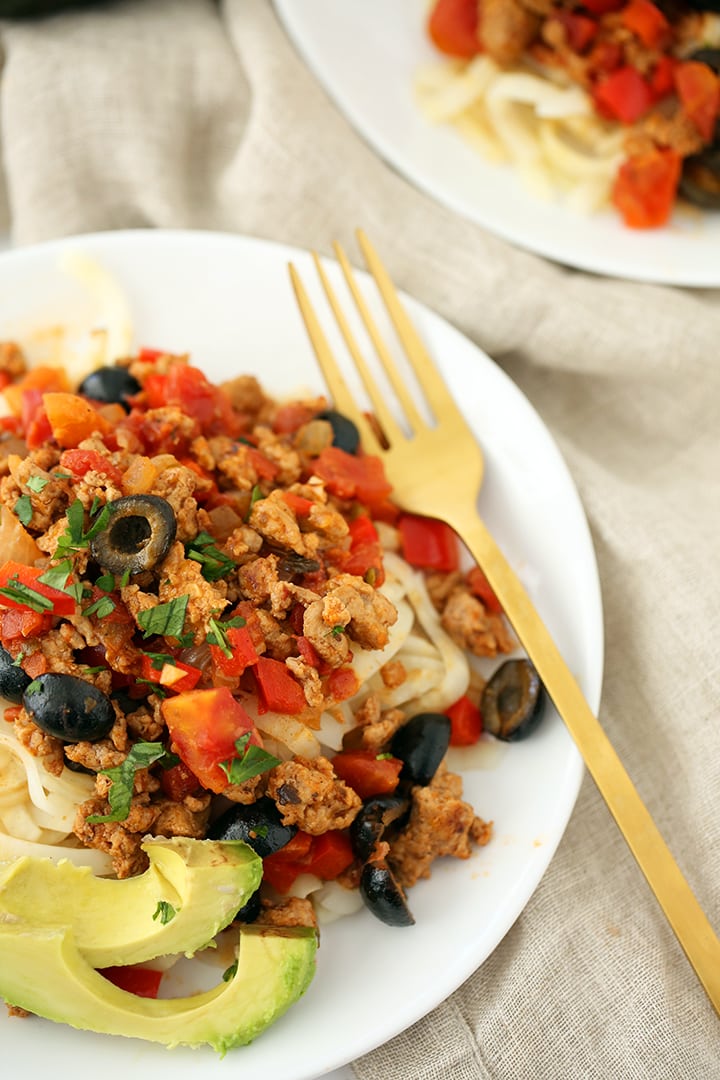 If you don’t have easy access to celeriac in your grocery stores or farmer’s markets, you can substitute other vegetables, such as carrots, sweet potatoes, butternut squash and kohlrabi. I’d avoid using zucchini, only because it will quickly thin out the cheese with its moisture and leave you with a less-gooey, cheesy consistency (it will be more runny.)

I chose celeriac noodles for this recipe, because when they’re boiled, they become like egg noodles and they’re soft and light. When topped with the taco mixture, the noodles become velvety like a bowl of mac and cheese.

And then the olives and avocado are the cherry on top. 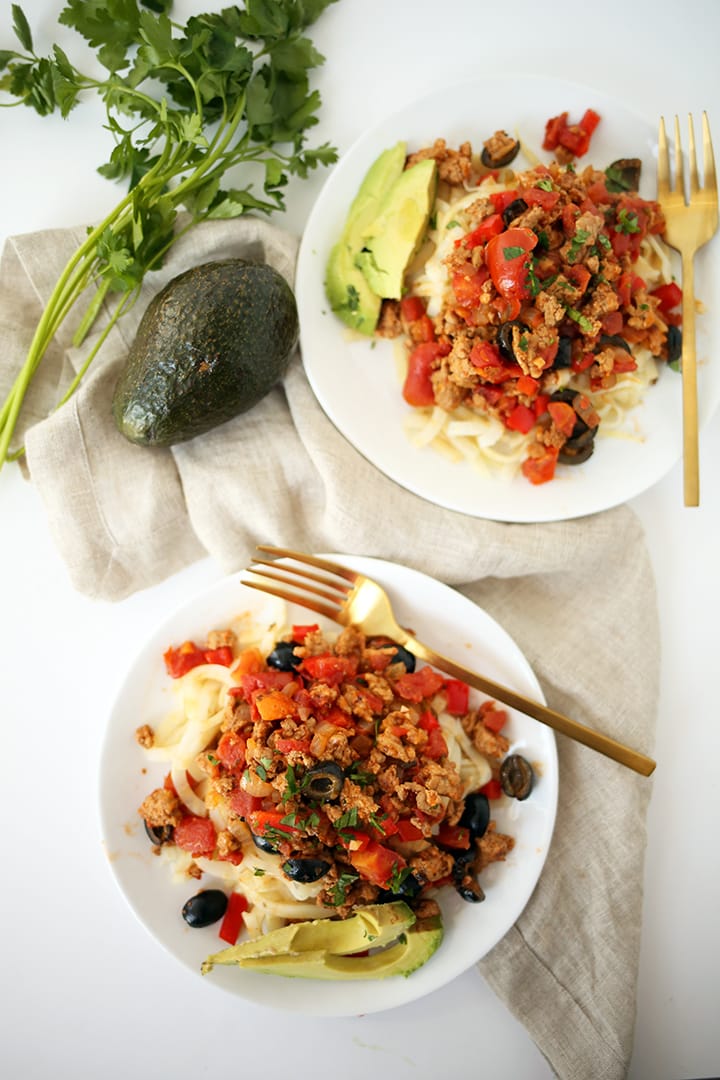 This is definitely a winner for your #30DaysInspiralized challenge, if you’re partaking!

Have you ever tried boiling celeriac noodles? What’s your favorite way to cook spiralized celeriac? 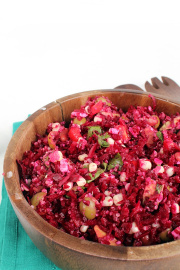