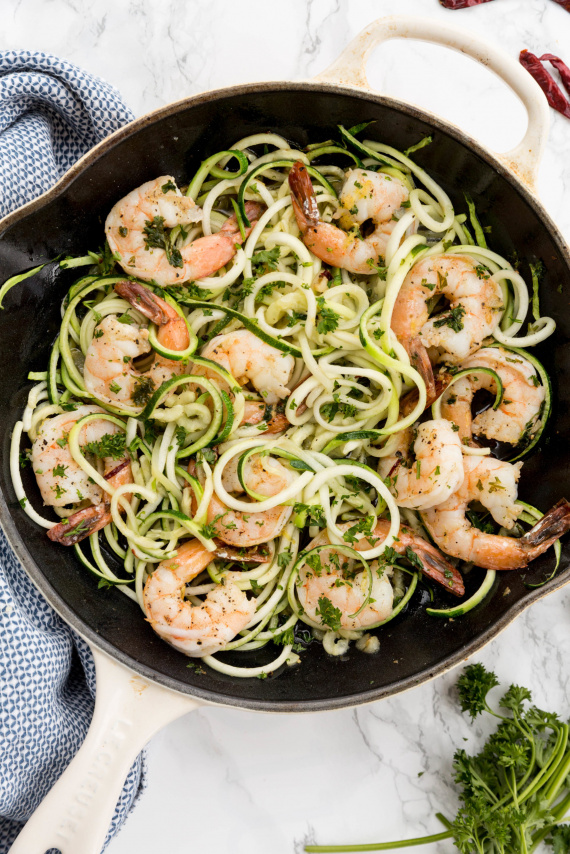 Dairy Free, Gluten Free, 30 Minute Meals, Pasta, Zucchini + Summer Squash
This classic Spanish tapas dish is traditionally served sizzling hot with crusty bread for dipping in oil, but here, we're swapping the bread for zucchini noodles and turning it into a complete meal, instead of an appetizer!
jump to recipe
share this recipe

I love tapas and one of my go-to dishes to order when I’m having tapas at a restaurant is Gambas al Ajillo, a garlicky shrimp that’s traditionally given with bread to dip into the oil and garlic that’s at the bottom of the vessel it’s served in. 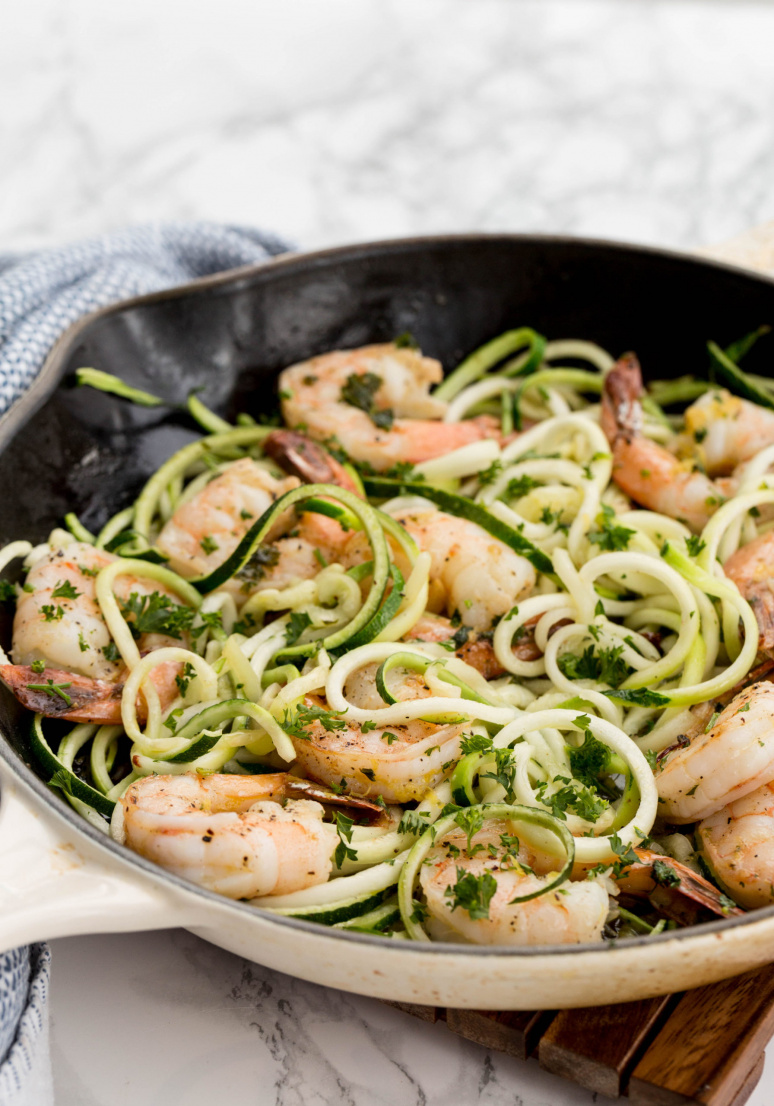 The cooked shrimp in the oil, garlic, lemon, parsley, and sherry is divinely tasty, but the best part is dipping that crusty bread in the sauce at the bottom of the dish. Here, we’re replacing bread with zucchini noodles to turn this into a pasta dish and now, the zucchini soaks up the sauce in the bottom of the pan for a sensationally delicious meal.

If you love garlic and zest, you’ll love this meal. I wanted to keep this as true to Gambas al Ajillo as possible, but you could amp this up a notch by adding some chorizo and lima beans. 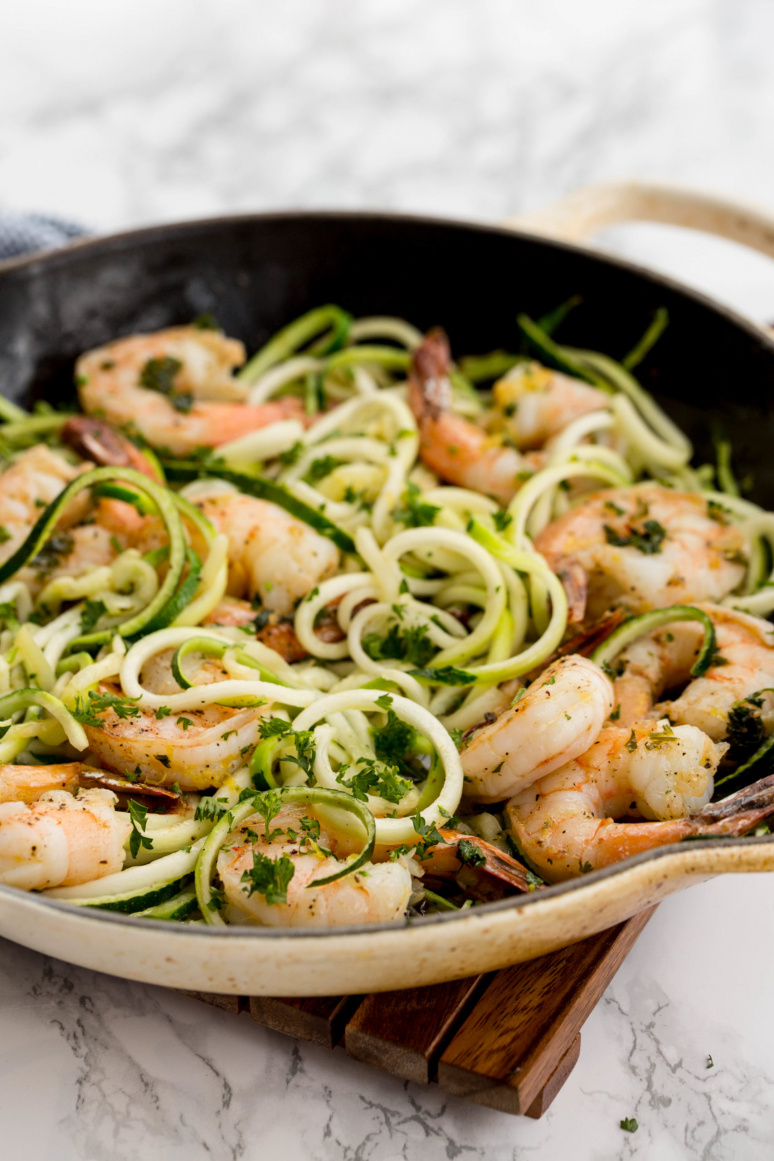 This could even be served as an appetizer or tapas, if served in small portions- it’s light enough to be an appetizer.

You’re going to love this spiralized spin on tapas! And let me know what your favorite tapas is and I’ll transform it into something #inspiralized! 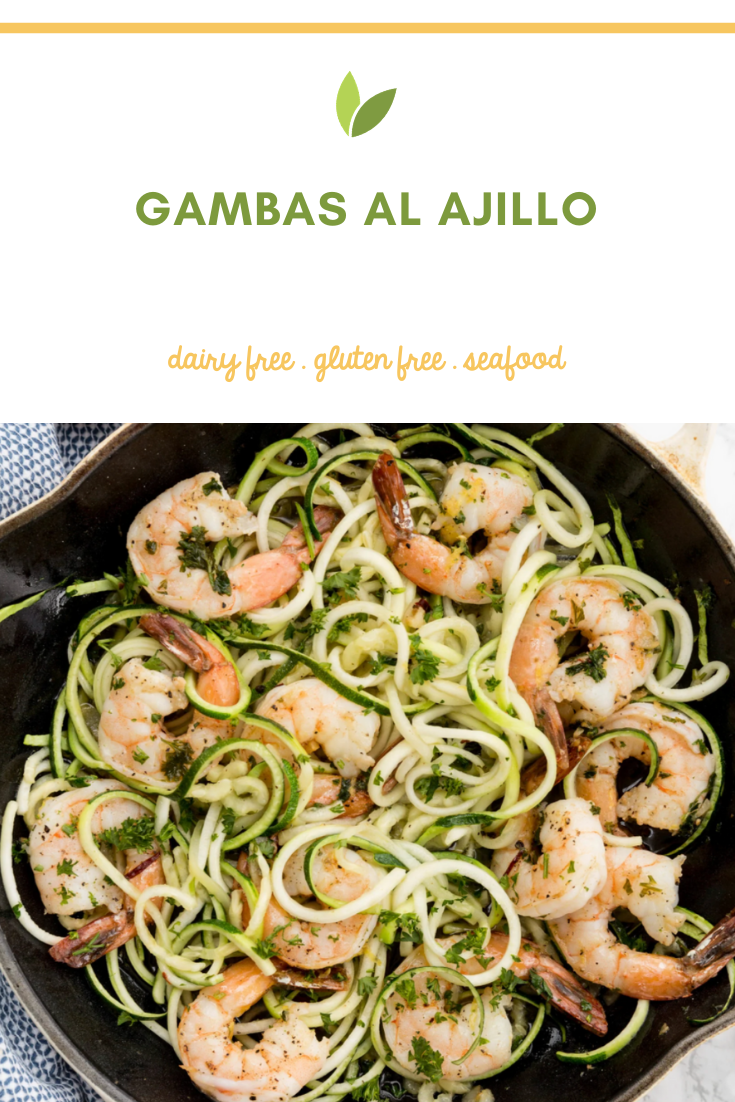 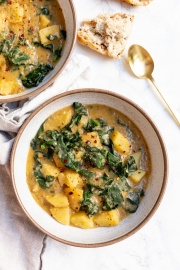