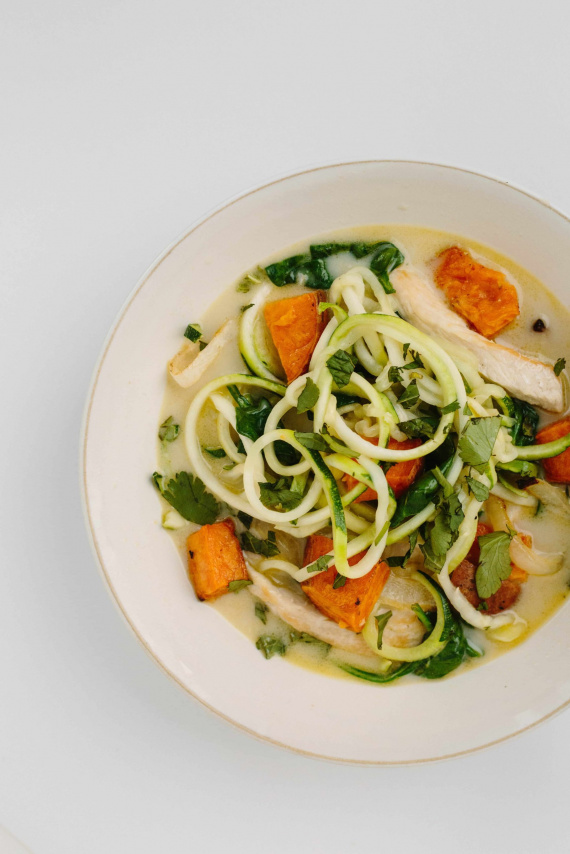 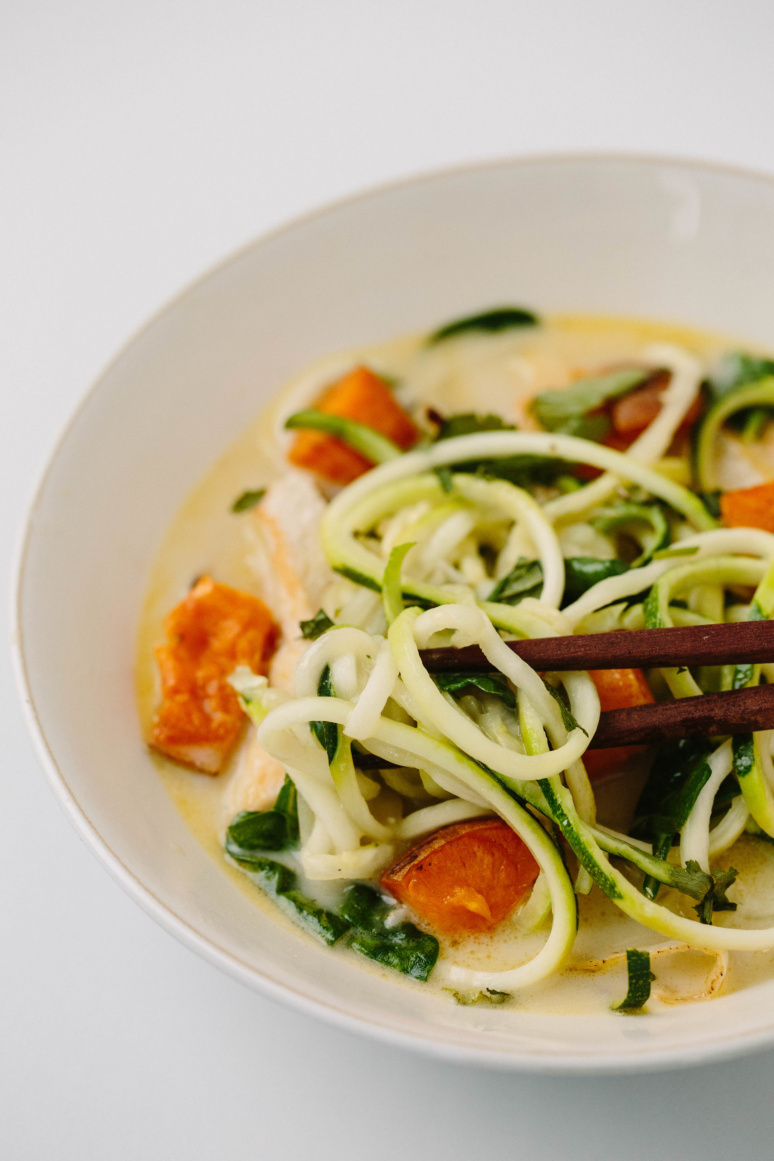 I don’t post enough noodle bowls on here, so I’m extra excited to share this recipe with you all today, straight from the new Whole30 cookbook.

And no, you don’t need to be following the Whole30 to make this recipe- it’s just one of the many delicious recipes given in Melissa Hartwig’s (the co-founder of the Whole30) new cookbook!

Well, many of you already know, because I can’t tell you how many requests I get for “Whole 30 compliant recipes”! And as many know, spiralizing can be your best friend when doing a Whole30! 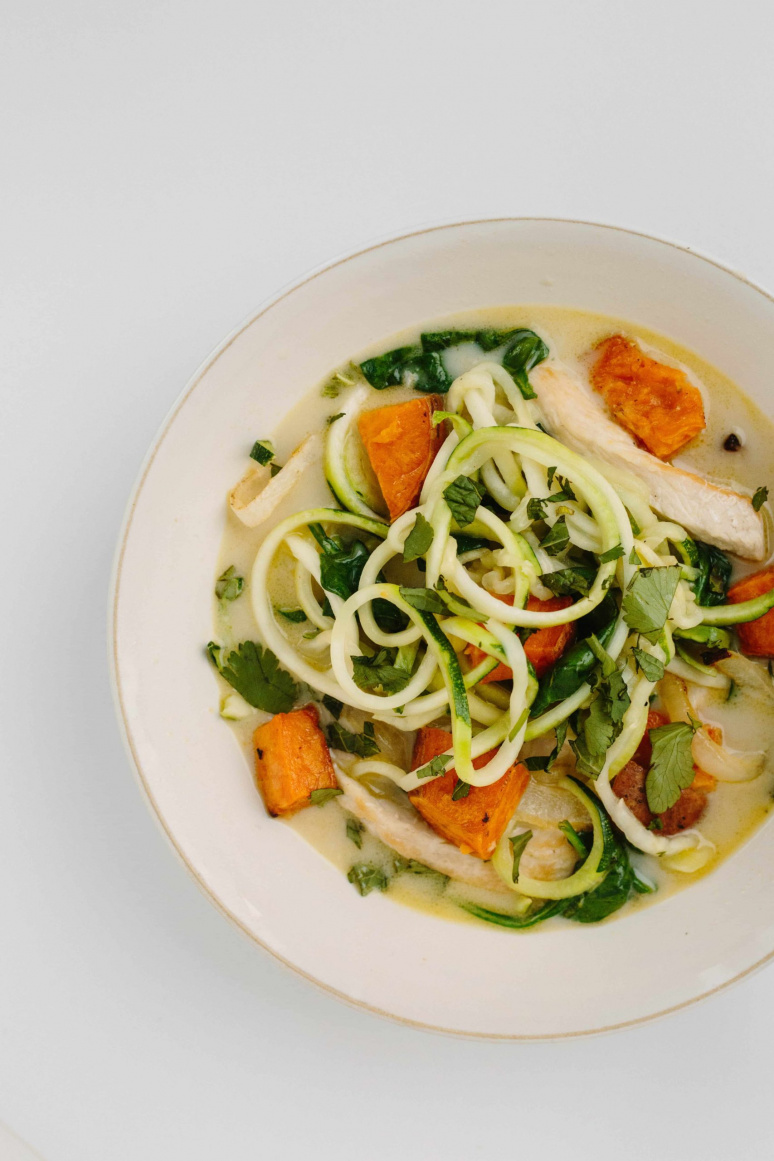 From their website, the Whole30 philosophy is this (you can read more about it here):

Established by Dallas Hartwig and Melissa Hartwig (of Whole9) in April 2009, the Whole30® is our original nutritional program designed to change your life in 30 days. Think of it as a short-term nutritional reset, designed to help you put an end to unhealthy cravings and habits, restore a healthy metabolism, heal your digestive tract, and balance your immune system.

The cookbook which today’s recipe comes from is their newest cookbook, and I found it hard to pick one of the 150 recipes to make – they all look so approachable, fulfilling, and delicious. 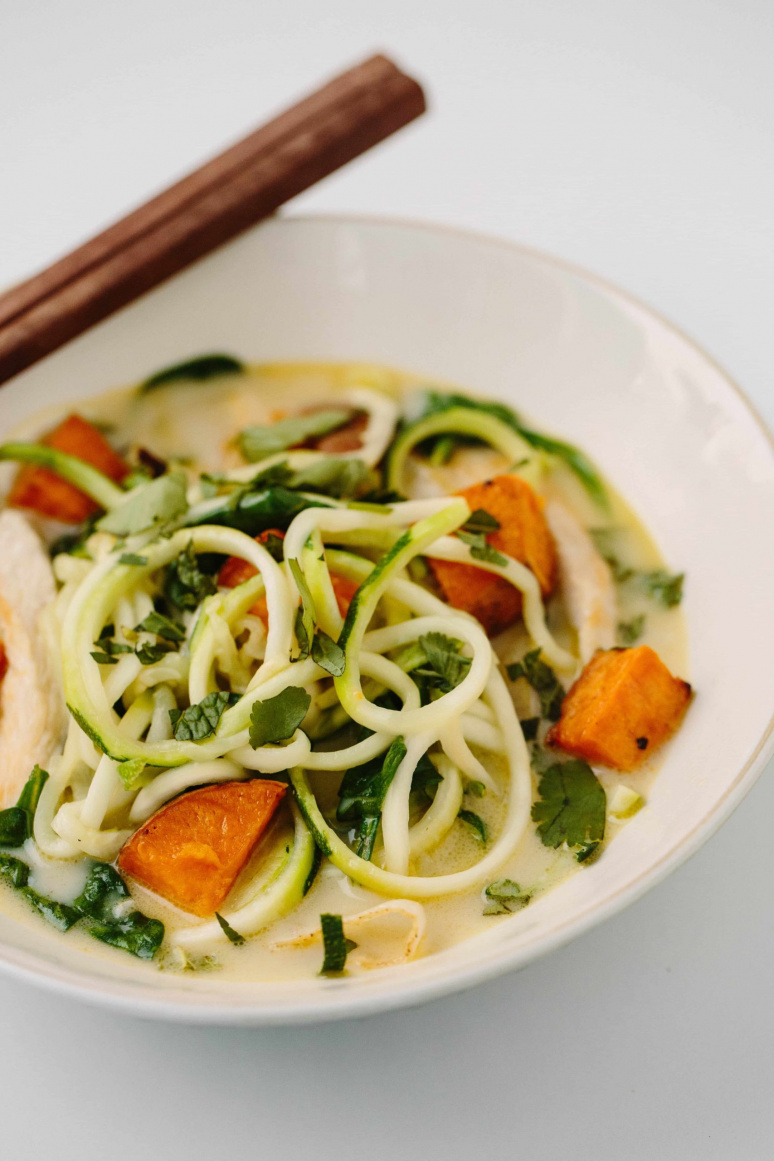 I was drawn to this recipe because I love anything with a coconut broth AND I was intrigued by the roasting of the veggies. It definitely amps up the flavor and texture of this recipe – and I didn’t spiralize the sweet potatoes, because a) the recipe didn’t call for it and b) the sweet potato noodles don’t stand up well in hot soups – they tend to break up.

And to answer the question I’ve received: no, I haven’t yet done a Whole30, but it’s something I look forward to challenging myself with in the future!

If you’re interested in learning more about the cookbook, read here! 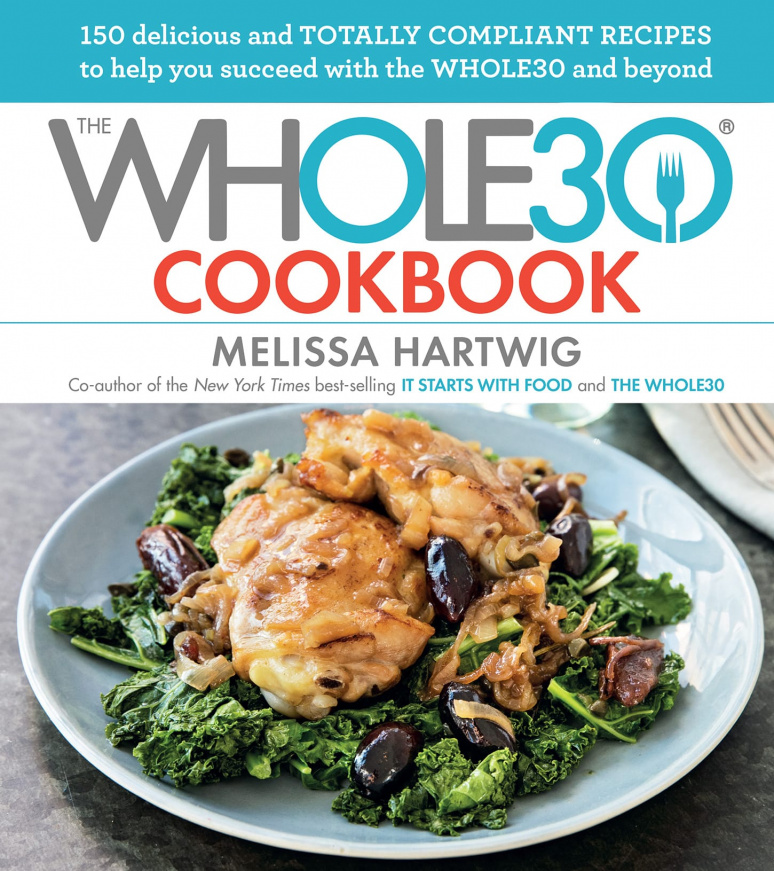 Have you done a Whole30? Have you found that spiralizing’s a life saver when following the program?

Text excerpted from THE WHOLE30 COOKBOOK © 2016 by Melissa Hartwig. Reproduced by permission of Houghton Mifflin Harcourt. All rights reserved. 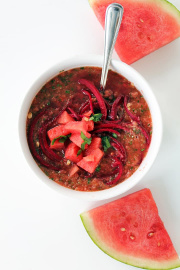