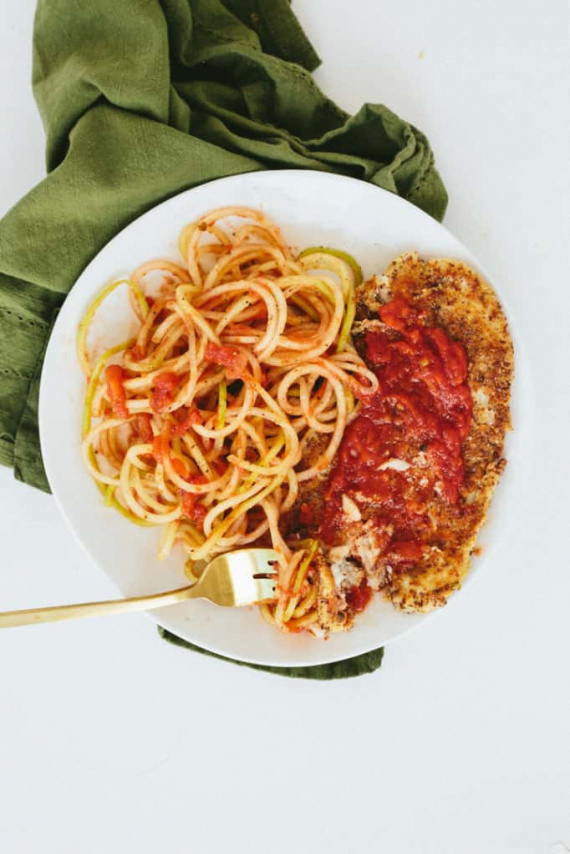 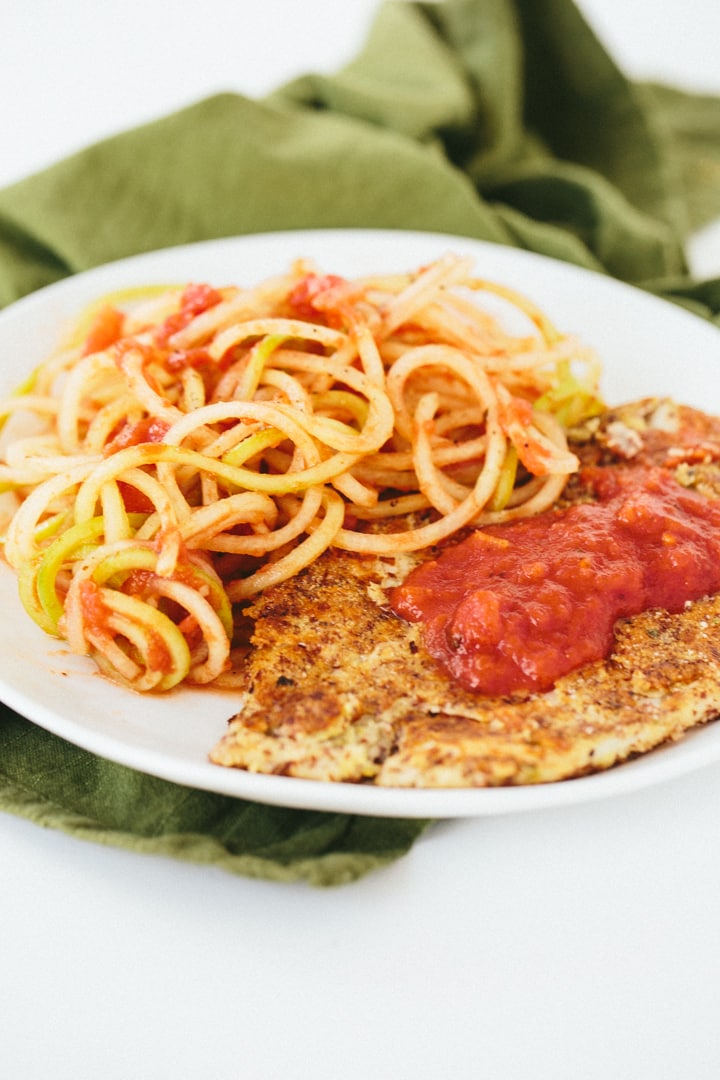 I love when my Instagram dinners turn into blog recipes.

Today’s recipe is exactly that – a lazy dish I made that received a lot of, “are you going to share the recipe?!” comments.

Thus, I decided to bring it to the blog! 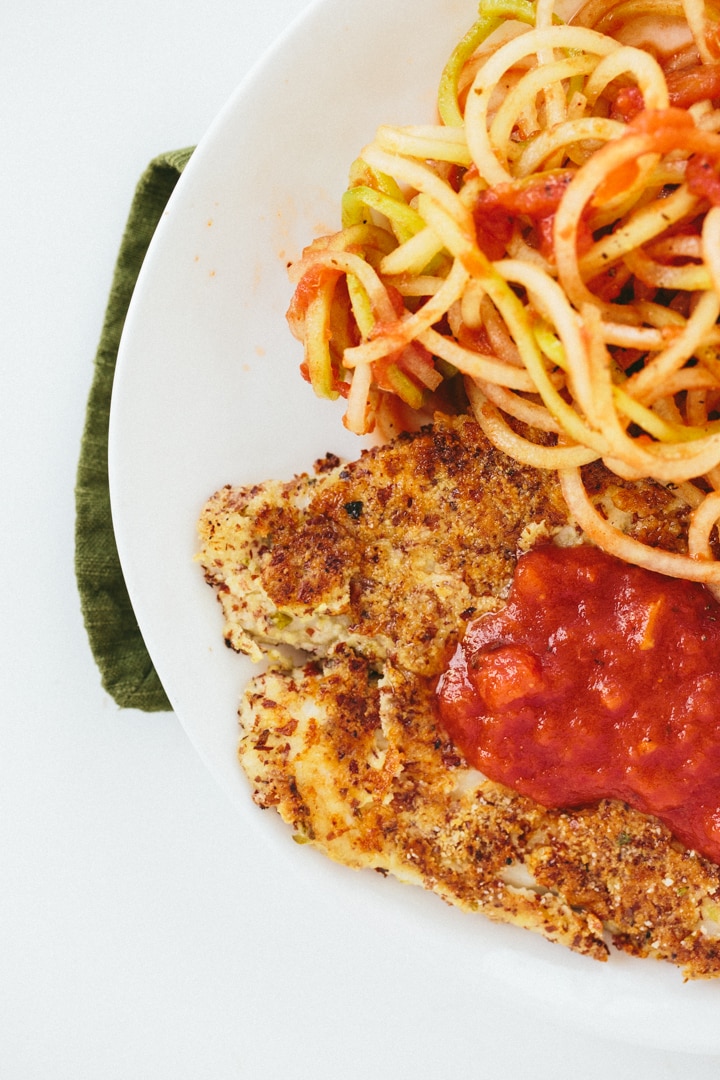 For some reason, I feel like the Instagram picture looks better than these styled photos. Either my DSLR photography is lacking or my Instagram skills are on fleek. I’m going to go for the latter.

My mother used to make breaded lemon sole all the time when we were growing up – and I loved it! It was so lemony and crunchy and delicious. 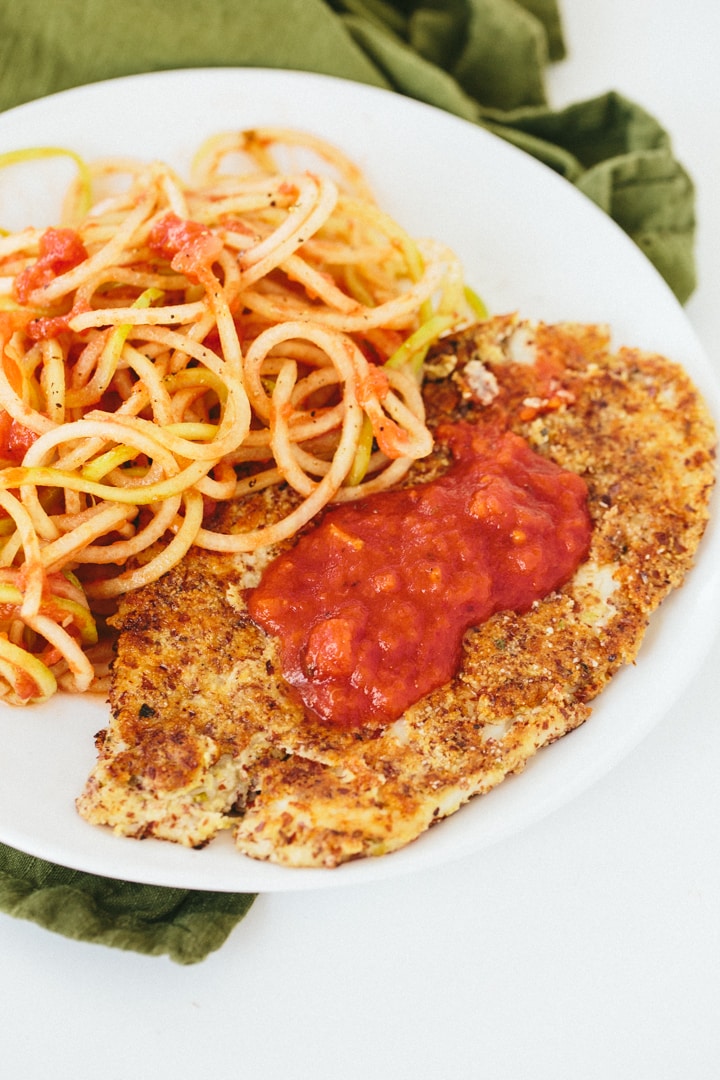 Now, I’ve made this dish healthier, using almond meal as the breading instead of breadcrumbs or panko. It’s just as flavorful, and of course, much better for you!

Originally, I made this recipe with zucchini noodles, but when I went to open the refrigerator and grab a zucchini, I realized I was out – and all I had was chayote (of all things, I know.)

I’ve had a hard time finding chayote in the grocery stores lately, so when I saw it was being sold on Fresh Direct, I had to order it, of course. 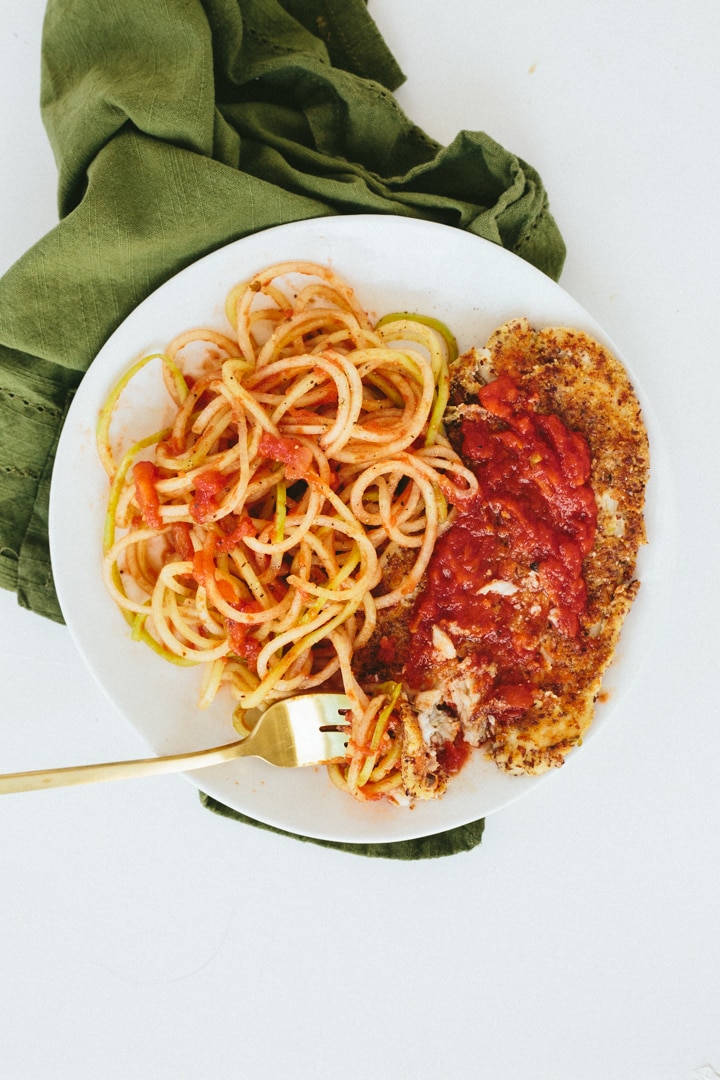 I love chayote – it’s like the Mexican version of zucchini and it’s crunchier, lighter and releases less moisture when cooked, so it works well with warm sauces like this tomato basil.

The skin of chayote is thick (thicker than a cucumber’s skin), so many people peel chayote first before using it. I don’t mind the skin and I think it gives it a lovely crunchiness. Again, total preference – do what works best for you! 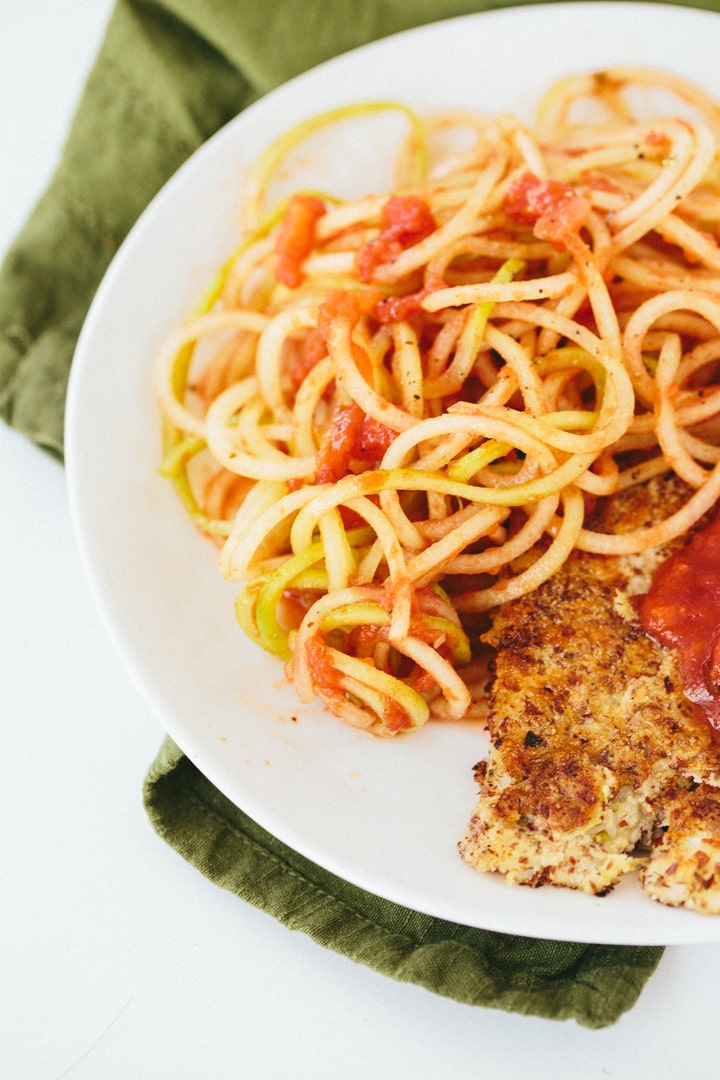 And if you can’t find chayote near you, just sub in zucchini noodles (that’s how I made it originally, after all.)

This nutritional value was calculated taking into consideration that the entire egg is not used-  it’s only for dredging. 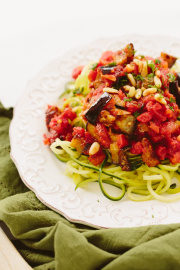