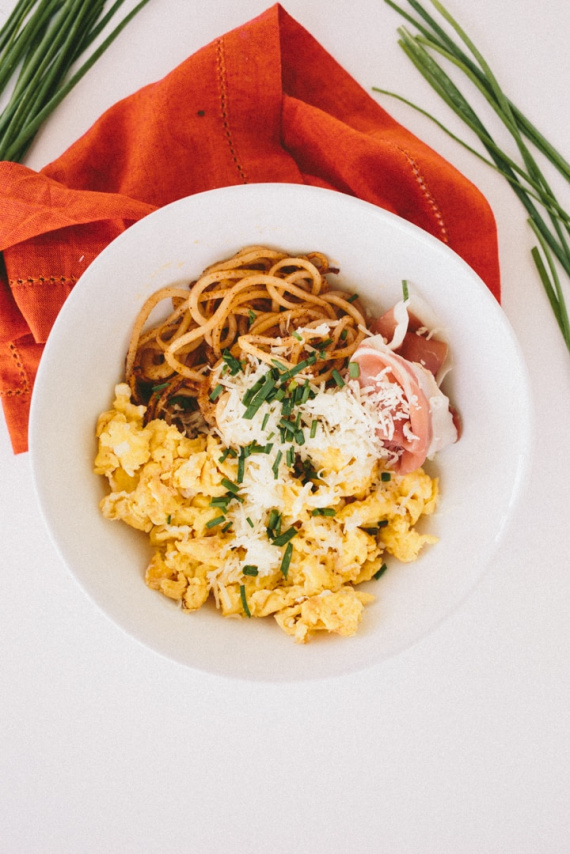 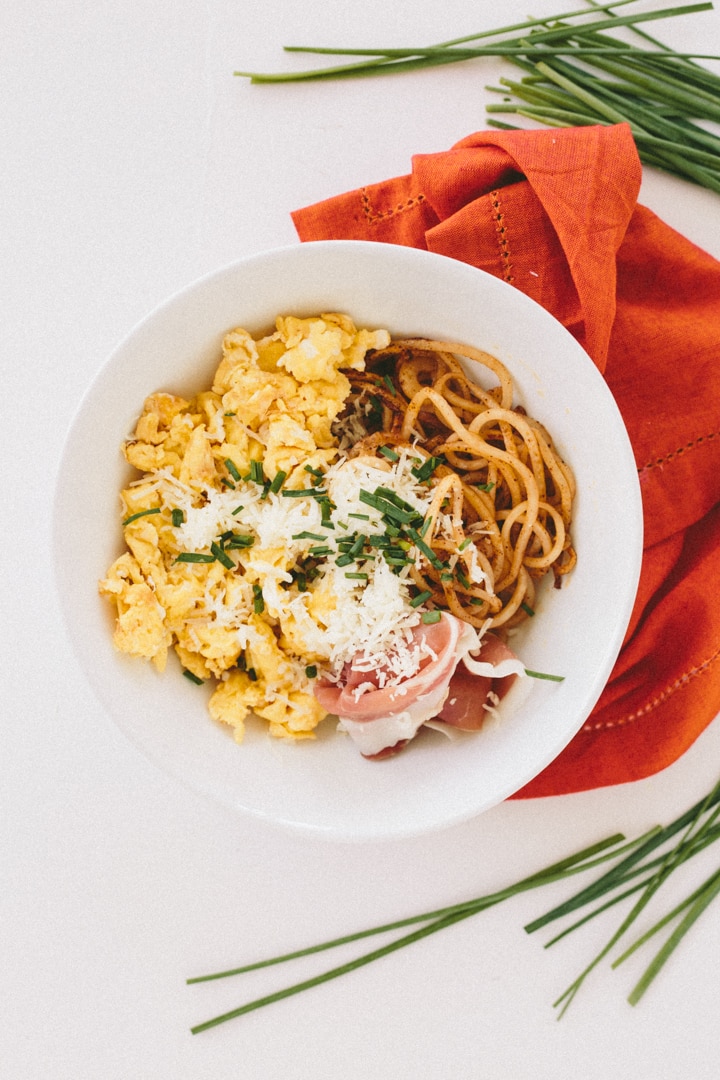 I’m counting down the minutes until it’s truly Autumn and I can start using sweet potato noodles. And adding things like mashed cranberries or pomegranates (mm!)

While sweet potatoes are pretty much accessible year-round, I like to save them for when there are leaves on the ground and that crispness in the air. 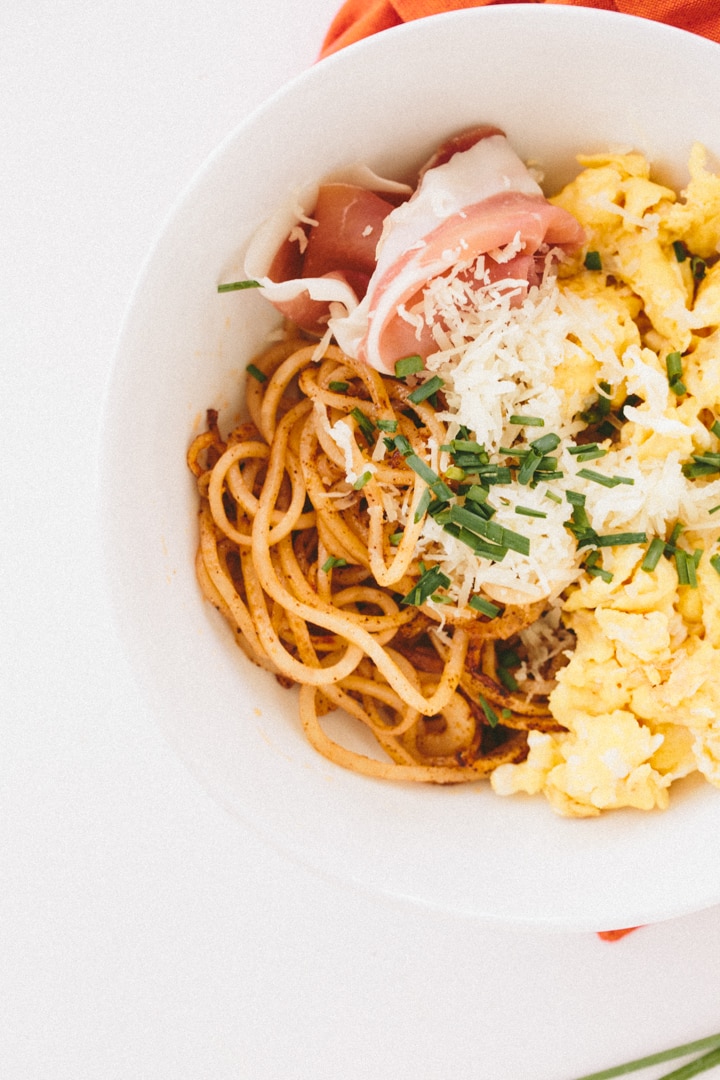 I love using potato noodles in breakfast bowls, because they are SO much more fun than regular cubed potatoes.

Whenever I order omelettes or breakfasts at restaurants and the side options are “breakfast potatoes” or “toast,” I always pick “toast, not buttered.” I do this, because I rather have a slice or two of whole wheat toast than about 2 cups of cubed potatoes fried or cooked in half a stick of butter – ick!

It’s rare you go to a restaurant and get a reasonable portion of potatoes with your breakfast – and since I’m an all or nothing kinda gal, I can’t have them on plate – because I’ll eat them…. all! Anyone else like that? 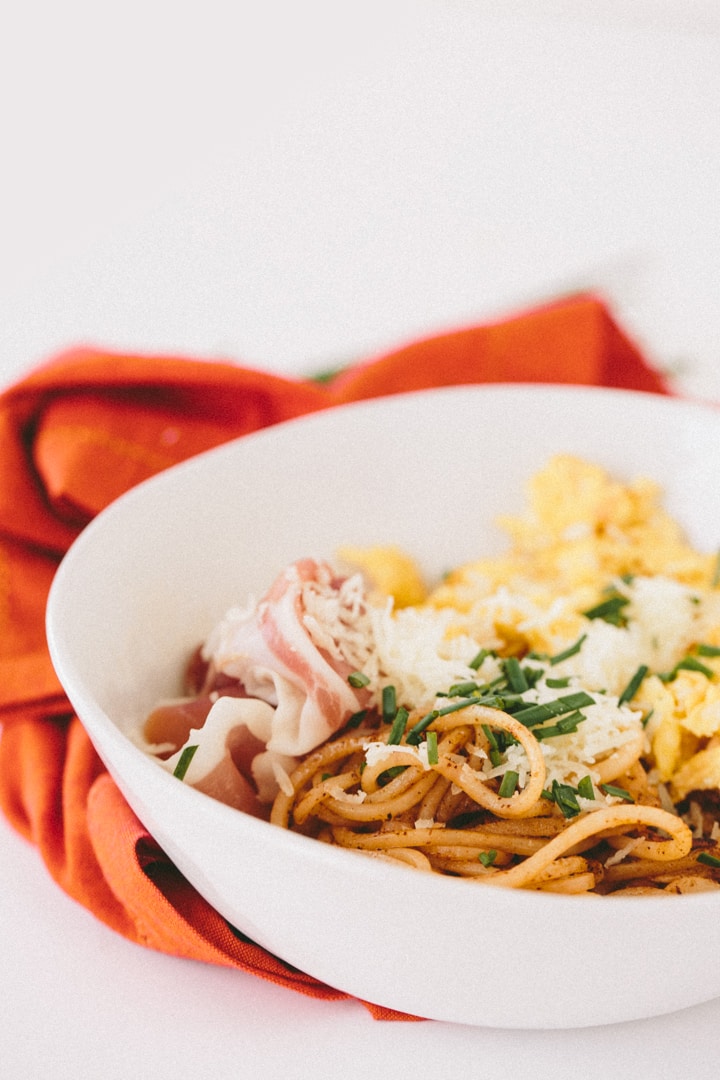 When you spiralize one small red potato, you get a bigger bang for your buck – you get about a cup of potato noodles. If you were to translate one red potato into cubes, it would yield about 1/2 cup.

Plus, you’re eating real, whole foods. A potato grows from the ground.

Now, I recently went to a Spanish themed cooking class and ever since then, I’ve been craving Serrano ham and manchego cheese. I actually bought some to keep in the apartment for a spontaneous wine and cheese night, but instead, as I was thumbing through my refrigerator for blog recipe inspiration, I pulled out the ham and cheese and ended up with today’s recipe. 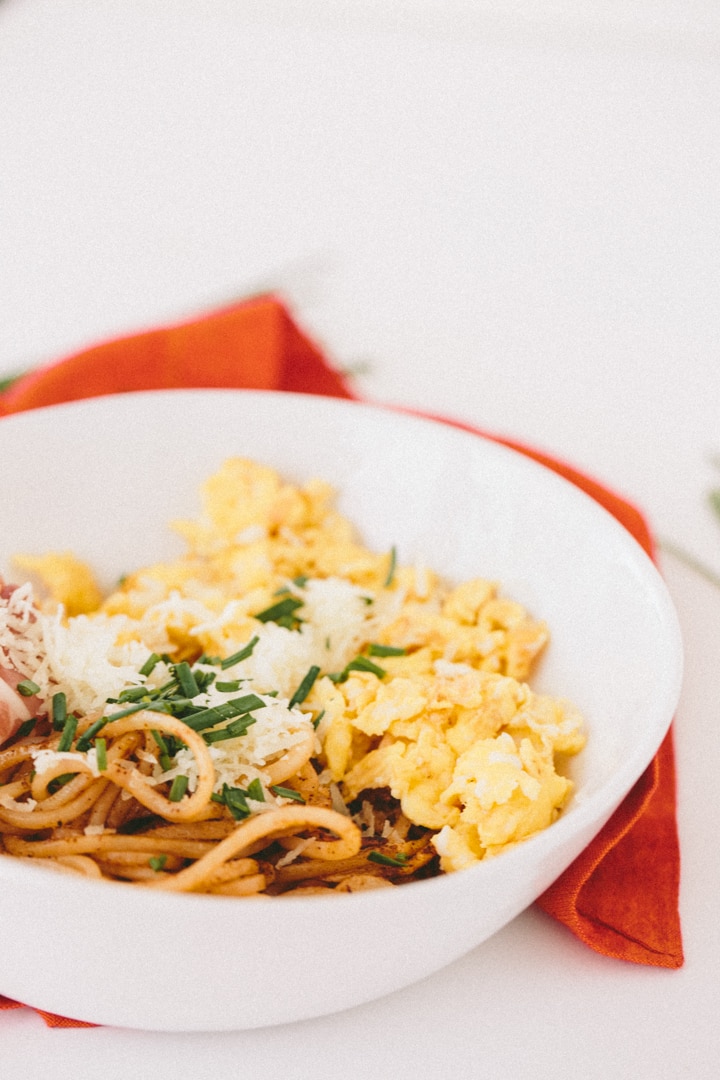 Now, if this dish doesn’t satisfy your tastebuds, I don’t know what will – the sweet, nuttiness of the manchego cheese with the fluffy scrambled eggs and slightly salty ham pairs wonderfully with the chili powder and garlic seasoned potato noodles.

This potato noodle bowl would make a great hangover breakfast (ha!), a birthday brunch or just one of those cold fall days when all you want to do is curl up with a bowl of heartiness. 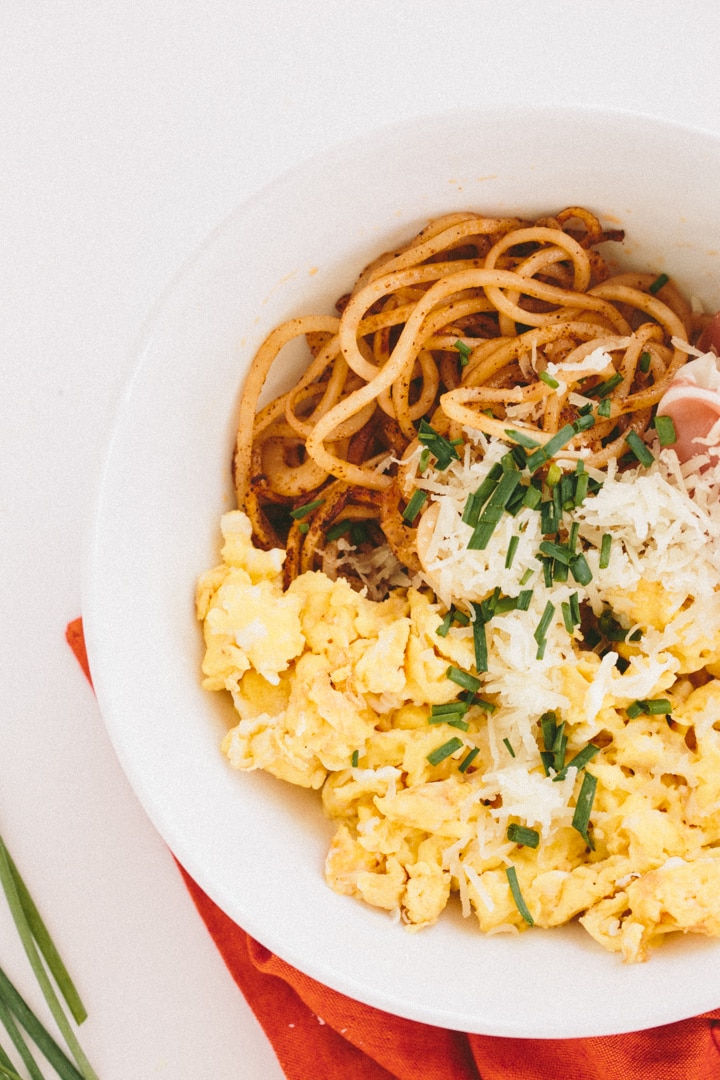 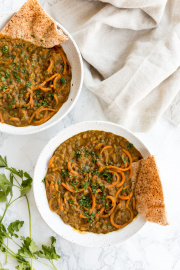