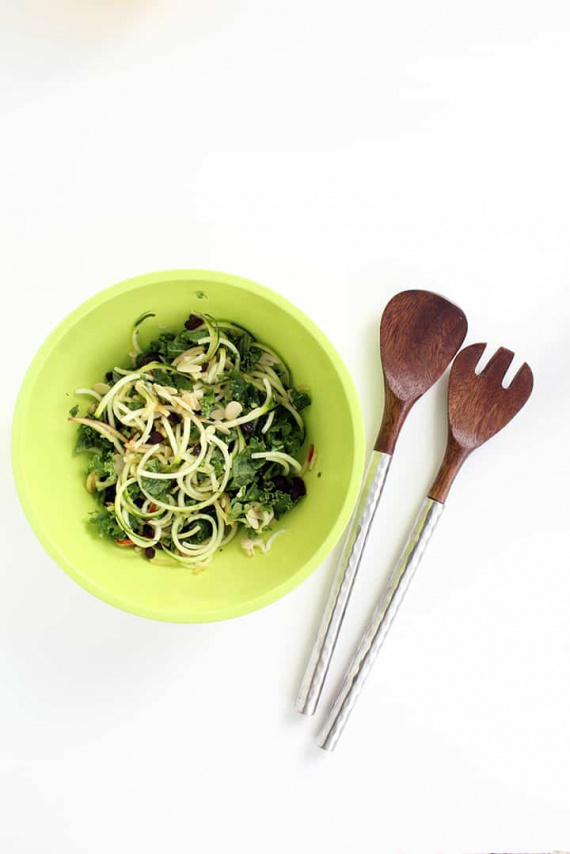 Recipe by Vegetables, Spiralizing Tips & Info, Gluten Free, Paleo, Vegan, Vegetarian, Salads, Sides & Appetizers, Apple, Zucchini + Summer Squash
With spiralizing, it takes just a couple tries to get the hang of it. What...
jump to recipe
share this recipe 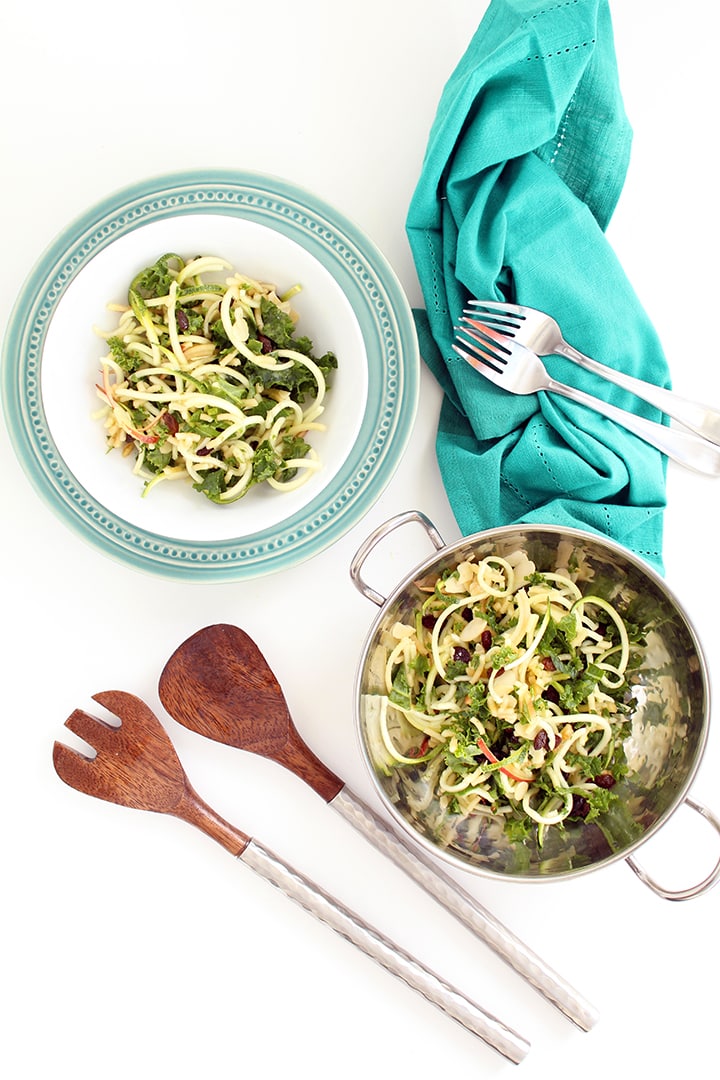 With spiralizing, it takes just a couple tries to get the hang of it. What should you do with the handles? How do you place the veggie on the actual machine? Which way? How fast should you turn the handle?

The first couple times I spiralized, my results were plenty of cute, bouncy noodles, but there were also a bunch of half-moon-shaped zucchini slices. Womp, womp.

Still, to this day, there are always those stragglers… the half-moons. The little slices of vegetable that look like clipped fingernails. So, what do you do with them? Throw them away? No way! Today, I’m sharing with you my favorite dish to make with those wretched half-moons. 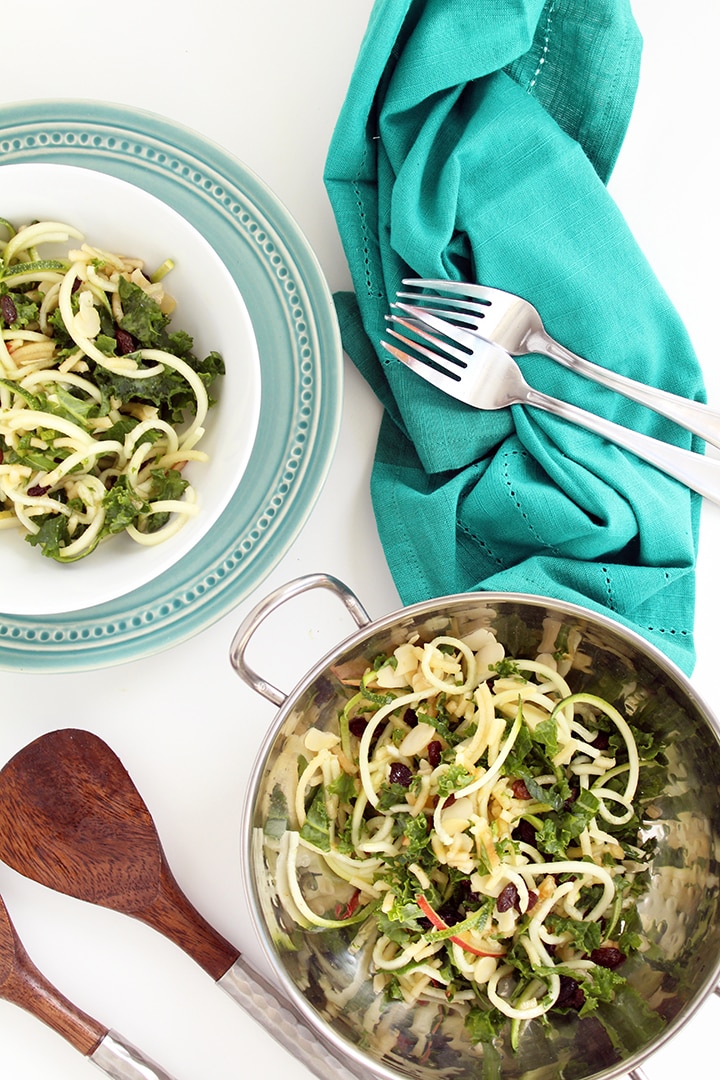 Whenever I spiralize, I always stick these half moon shaped slices in a plastic bag and stick them in the fridge. Later on, I make salads and slaws with them to snack on during the following day! 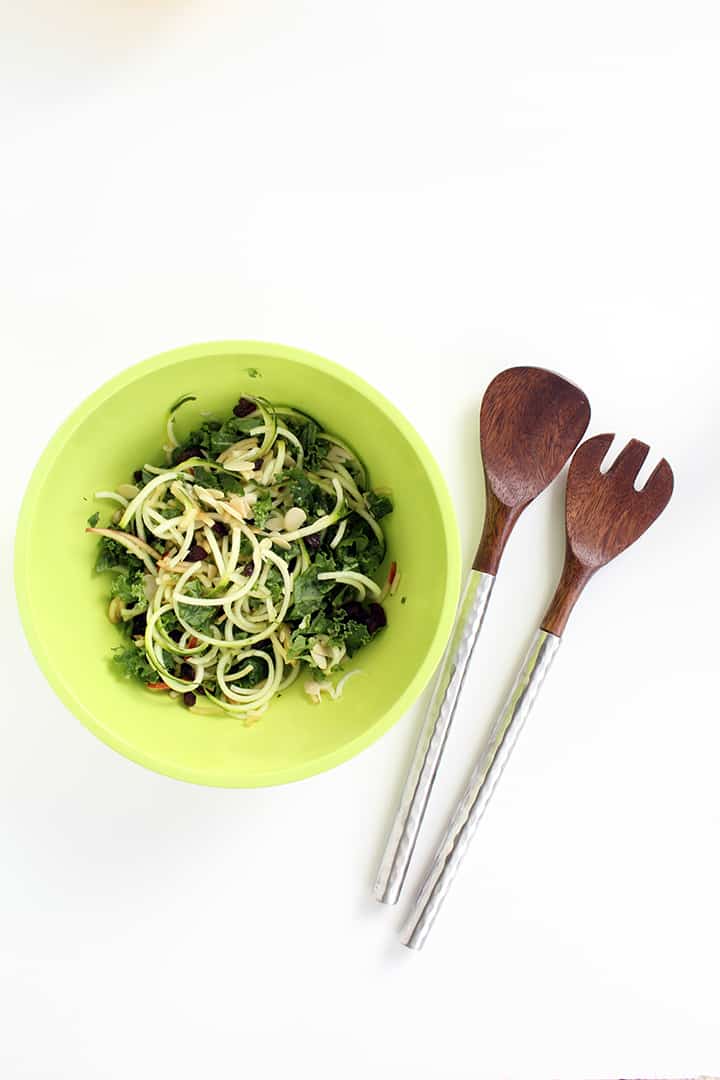 One of my favorite slaws to make is one with heavily chopped kale, raisins, sliced almonds and apple half-moons slices, all in a lemon-sherry-dijon vinaigrette. 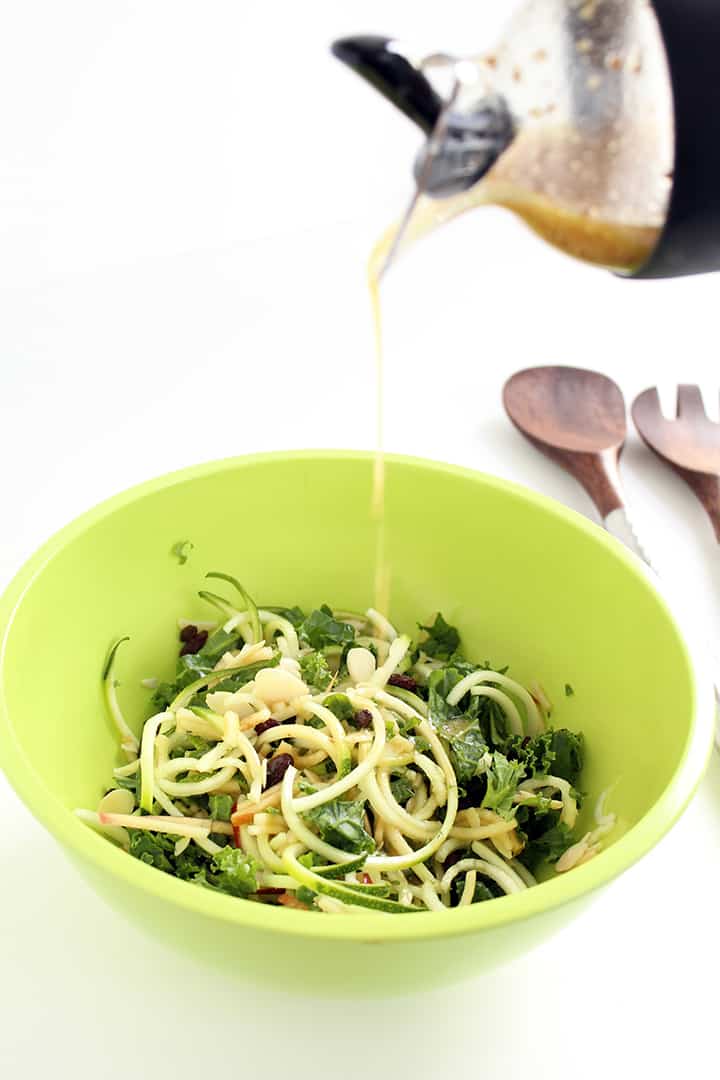 So how do you make half moon slices on purpose? Easy! Just slice half way through your vegetable or fruit and put it through the spiralizer, as you normally would. Simple as that! 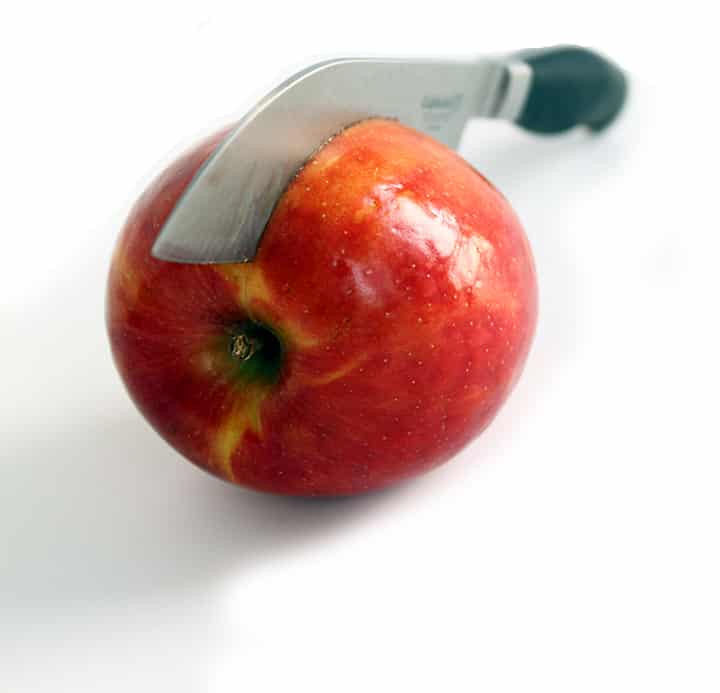 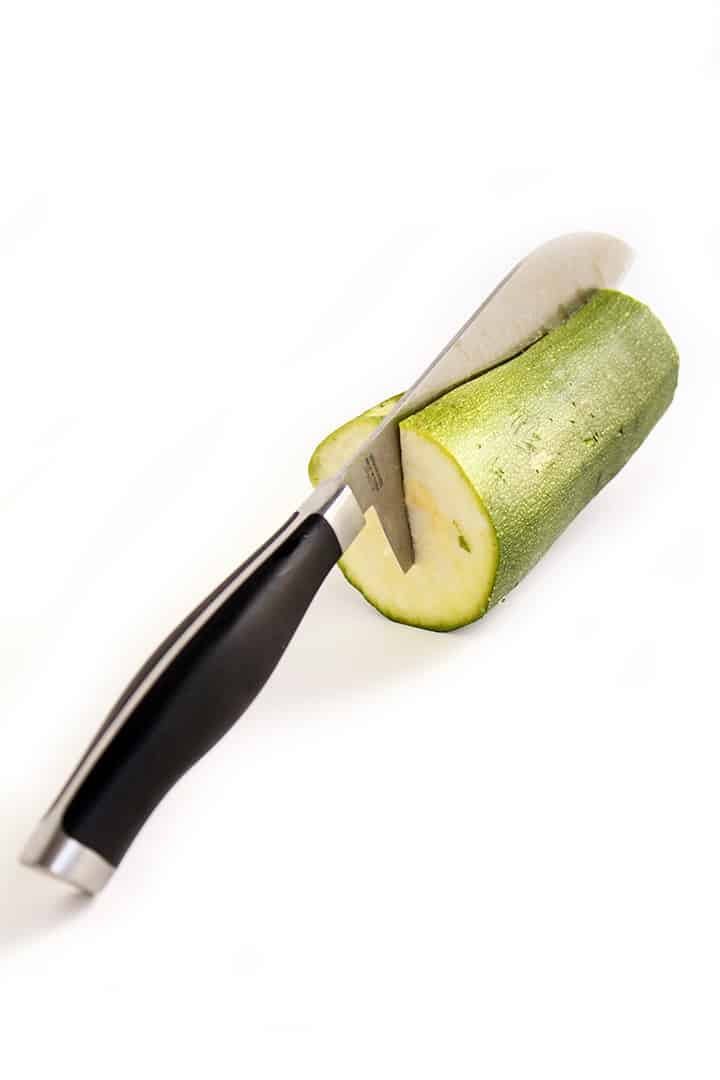 This vinaigrette softens the kale and zucchini slices, yet the apple slices still provide a satisfying crunch. The raisins complement the sweetness of the apple and the almonds bring a nuttiness to the slaw. It’s truly delicious. Throw in some beans or quinoa and have a big bowl of this as a salad, even! 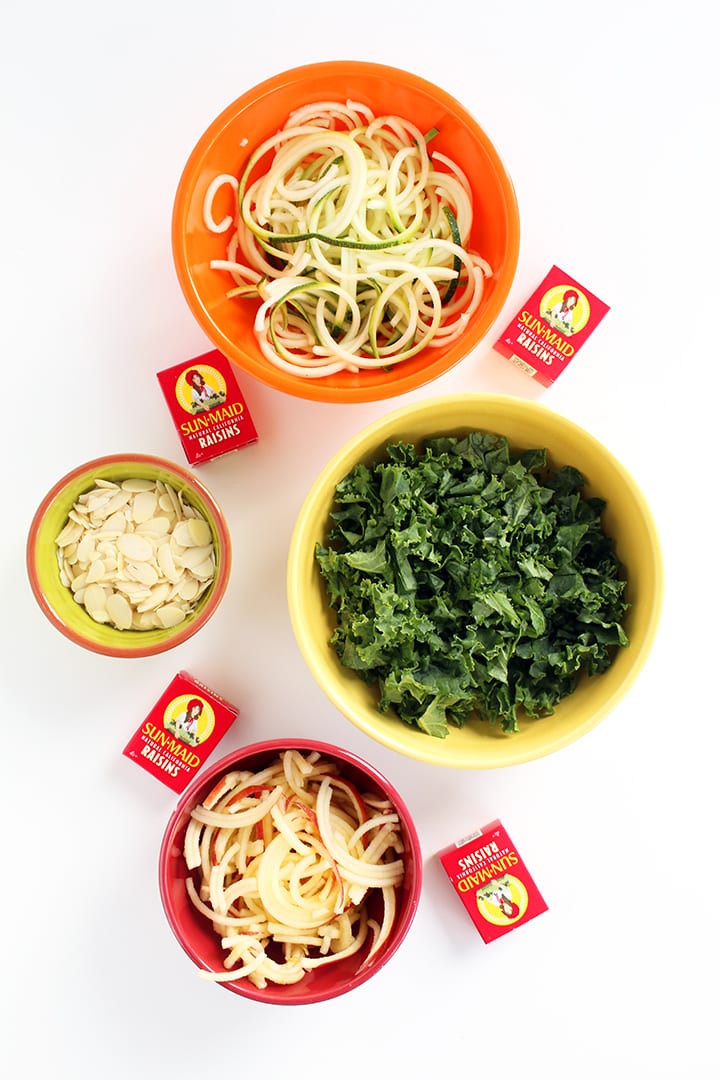 The spiralizer is totally versatile – even those pesky half-moons can be used to make a dish. Next time you spiralize, save the half-moon slices and make this Zucchini-Apple Slaw.

What are you currently doing with your half-moons? 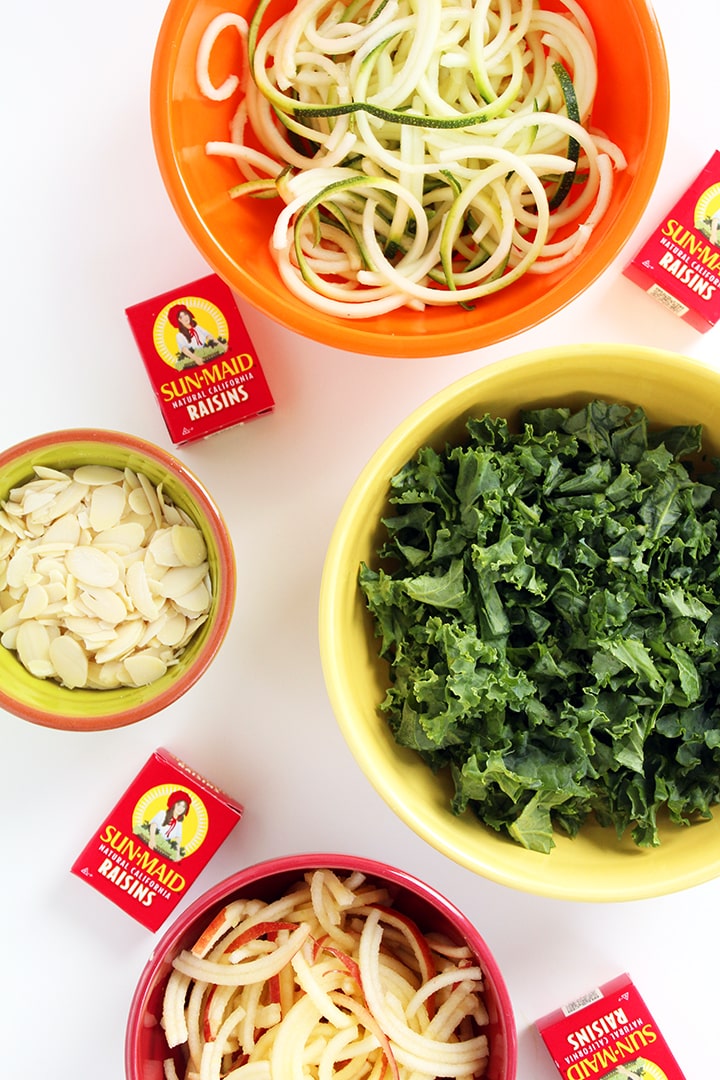 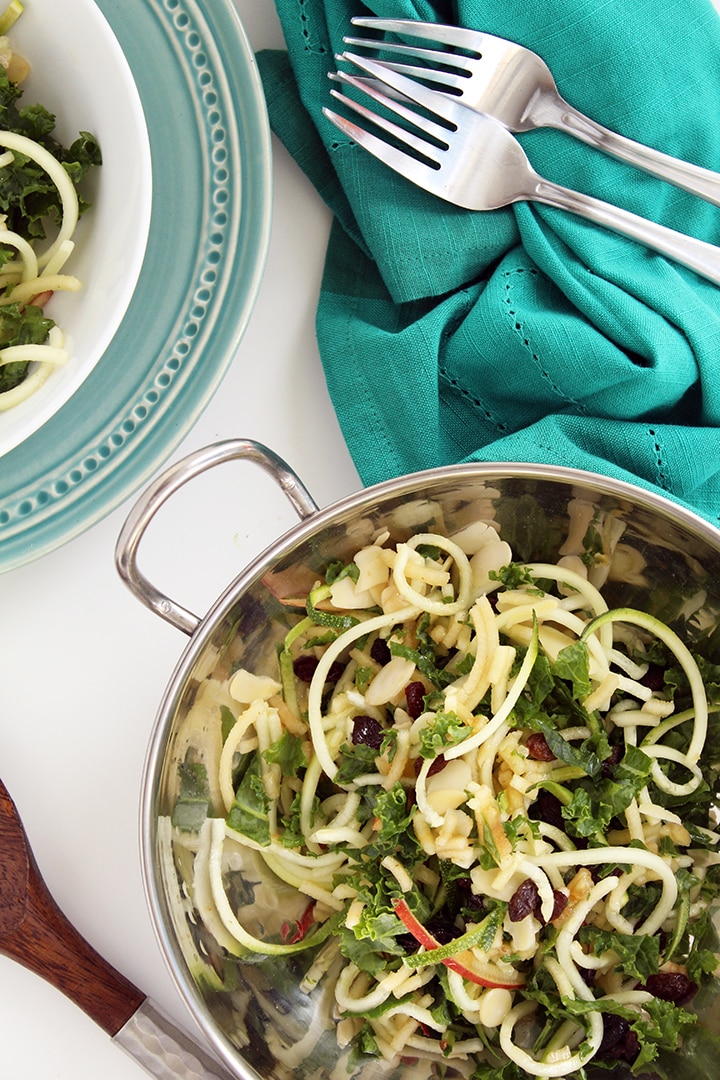 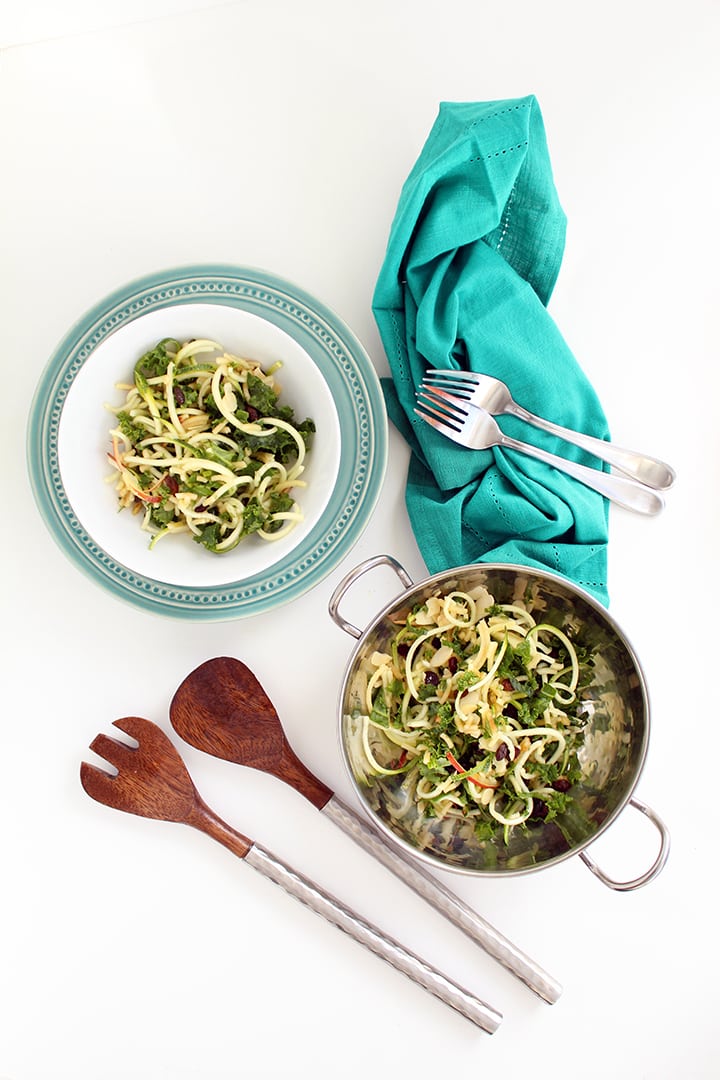 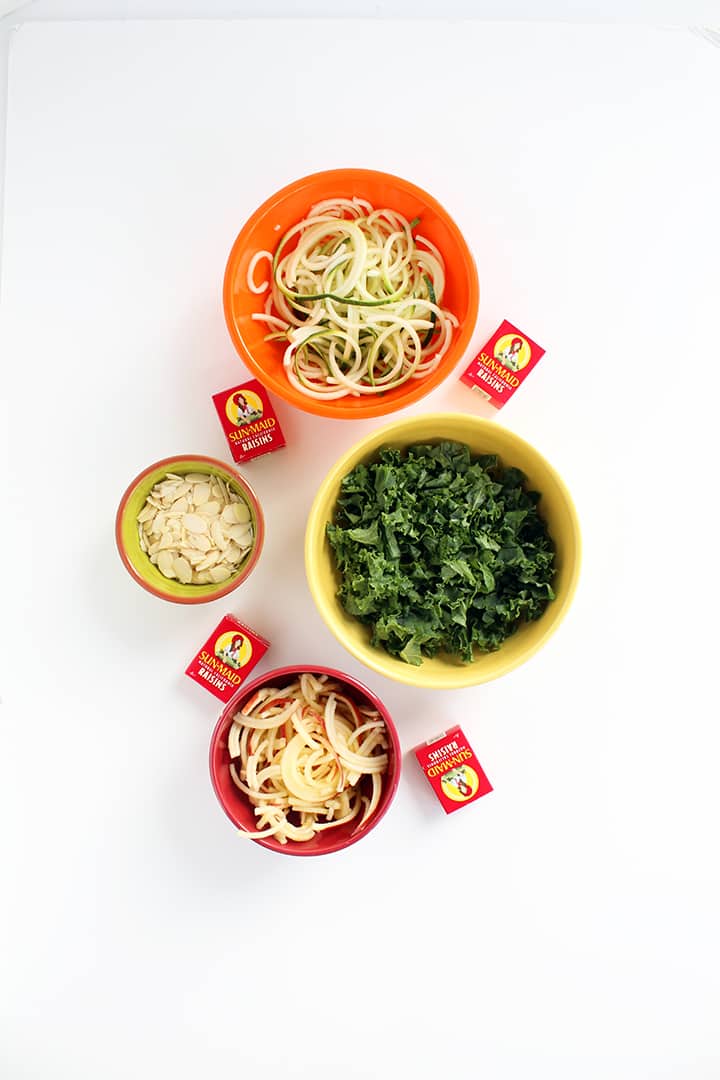 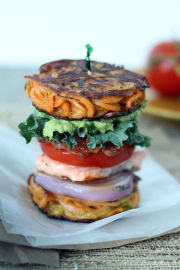