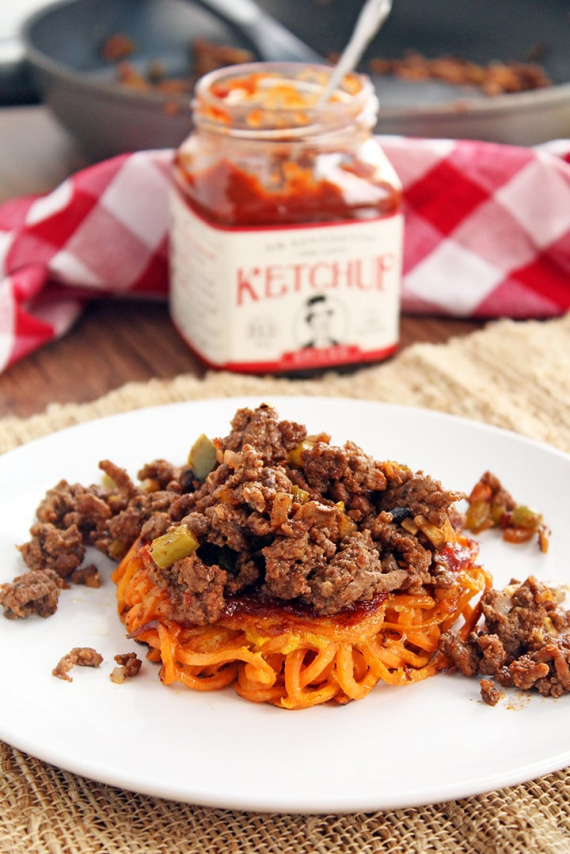 Recipe by Vegetables, Gluten Free, Paleo, Pizza & Sandwiches, Meat & Poultry, Sweet Potato
I’m really not sure why I’ve named these “naked” sloppy joes, because that would insinuate...
jump to recipe
share this recipe 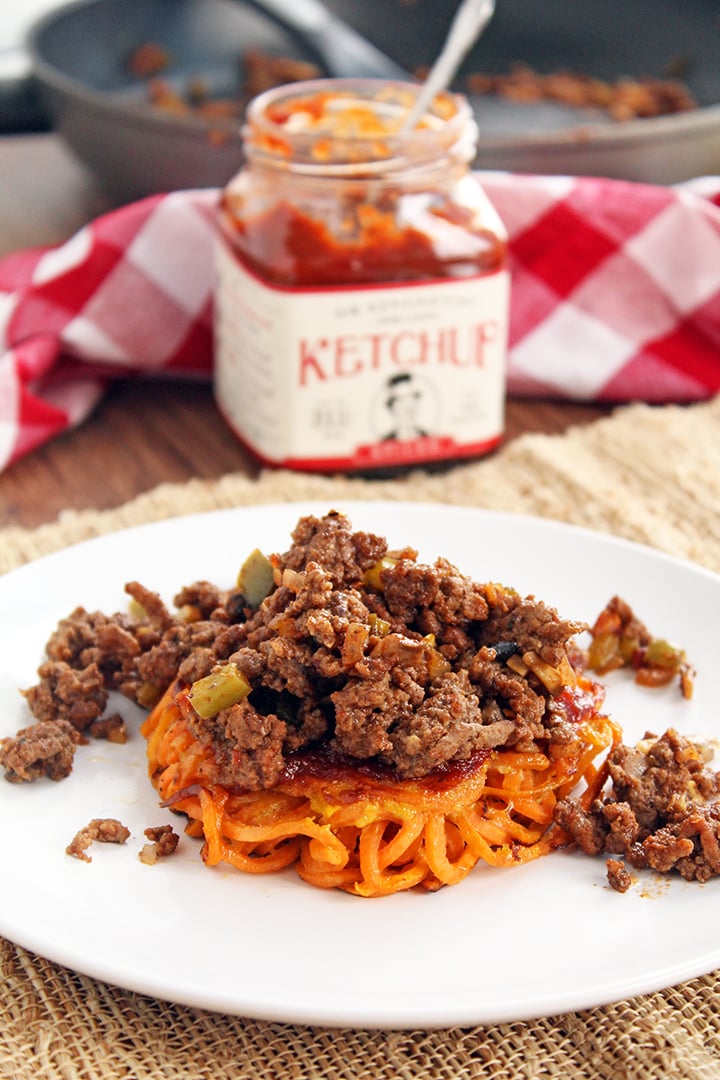 I’m really not sure why I’ve named these “naked” sloppy joes, because that would insinuate that there’s no bun at all. Technically, these are “open faced” sloppy joe’s, but in light of this meal being messy and fun, I figured I’d change things up a bit and call ’em naked…. I thought about naming them “topless,” but that might cause some odd visitors to my blog after some naughty Google searches.

I’ve never made a sloppy joe before, but when Sir Kensington’s sent me a box of their ketchups and mayonnaises, I immediately thought of the 1995 Marykate and Ashley Olsen movie It Takes Two and the scene where one of the twins bites into her first sloppy joe and then ravenously devours it, screaming “this is really good!” I also think of the scene in Billy Madison, where the mess hall lady scoops out the sloppy joes and cackles  out, “I know how yous kids like ’em sloppy.” Ahhh…. classic.

Gosh, I love the Olsen twins. And Adam Sandler. 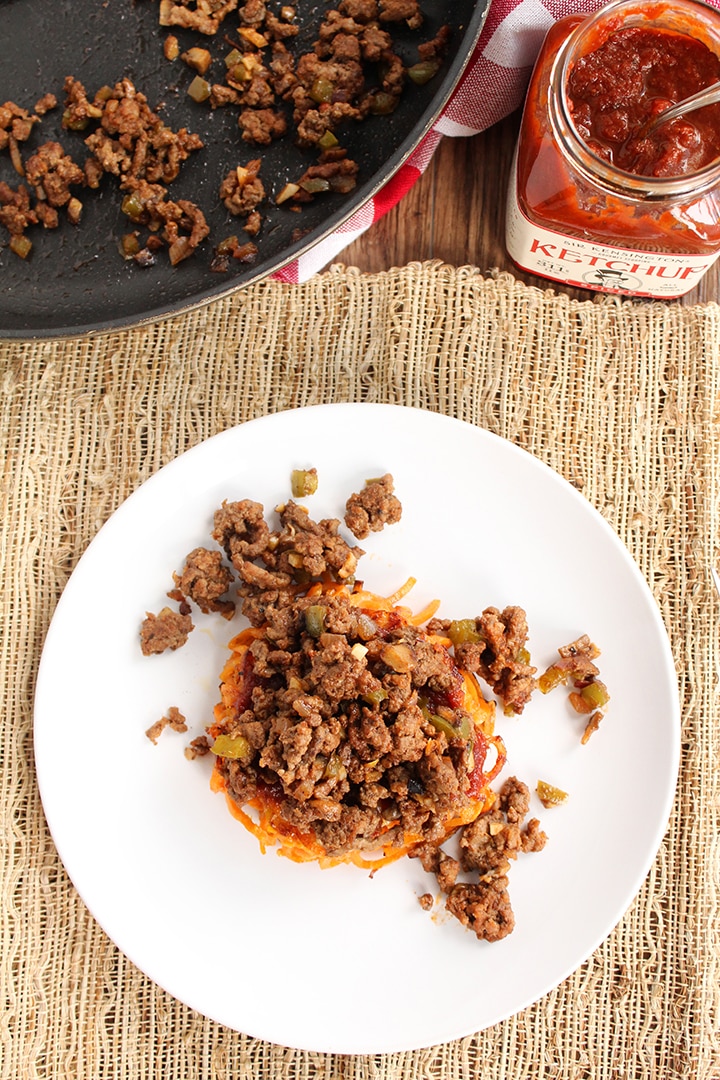 After seeing Sir Kensington’s at Whole Foods, I was hooked. Their adorable artisanal packaging and non-GMO labeling drew me in! Sir K’s sent me a Chipotle Mayo, Classic Mayo, Spiced Ketchup and Classic Ketchup. I tried them all and they’re all way more flavorful than traditional brand condiments. For today’s post, I used the Spiced Ketchup for my sloppy joes. 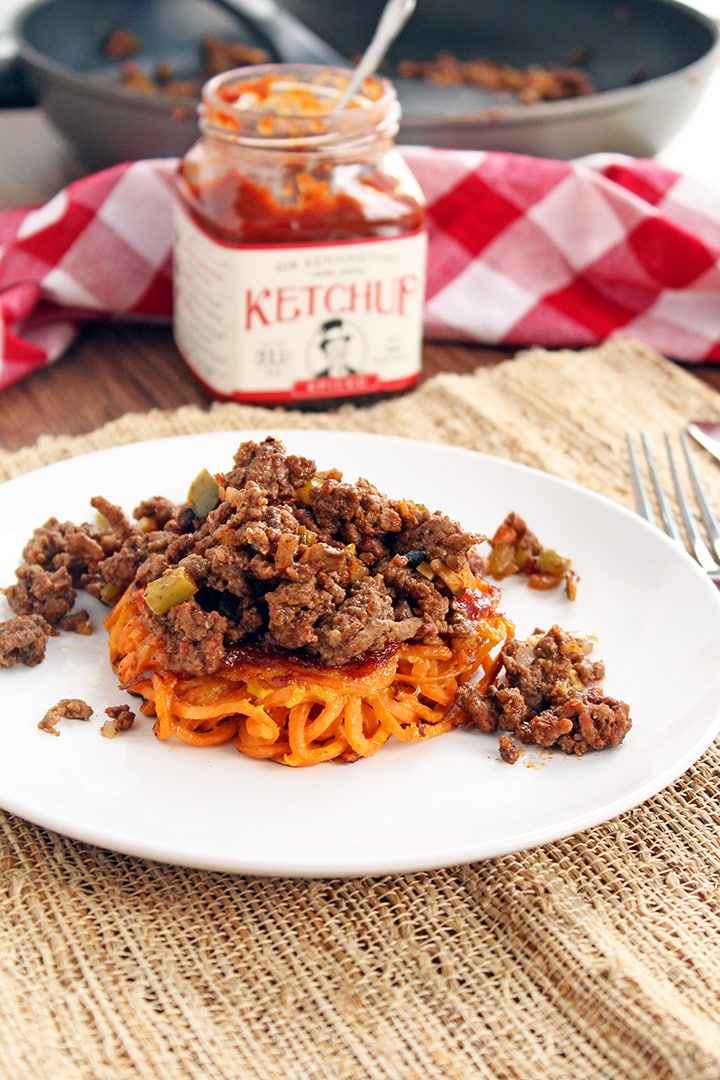 The spiced ketchup adds a kick of spice and extra sweetness that a traditional ketchup won’t give you. Paired with chopped green bell peppers, garlic, onion, worcestershire sauce and beef, this sloppy joe mixture will bring you right back to your childhood days in the 90s (or 80s or 70s or 60s) eating at summer camp or at lunch hour at school. 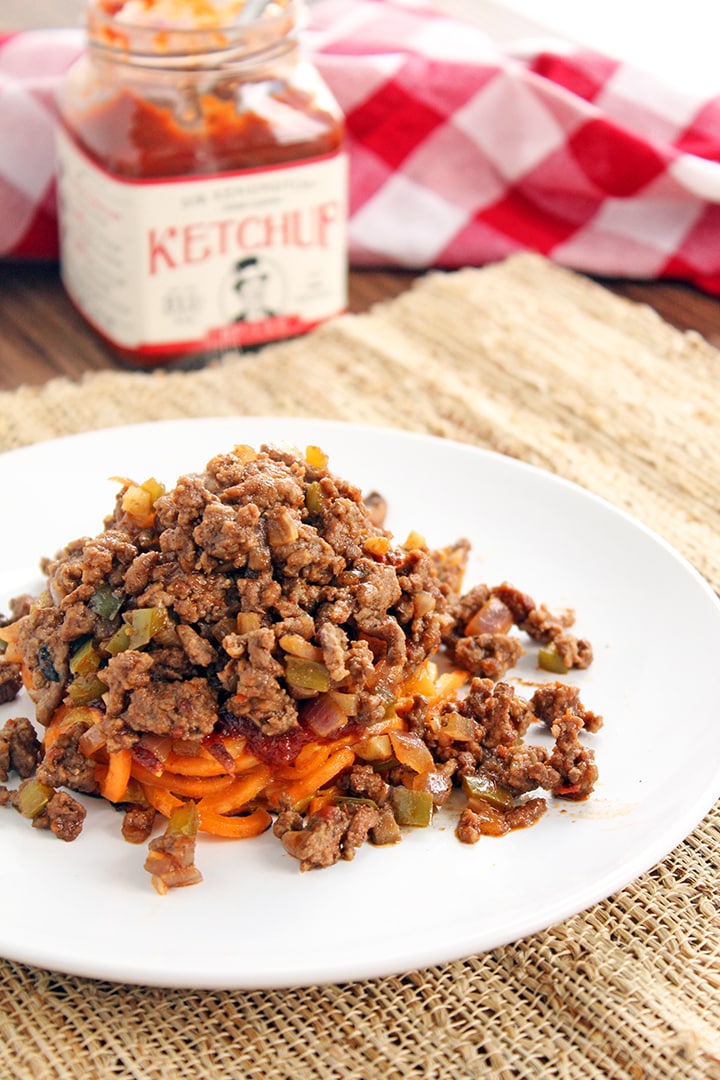 They’re packed with juicy flavor and when topped on an Inspiralized bun, they’ve got even better texture, health benefits and flavor! The sweet potato really adds more taste than a regular bun – just eat this with a fork and knife! It’ll still be “sloppy,” but a little more controlled. 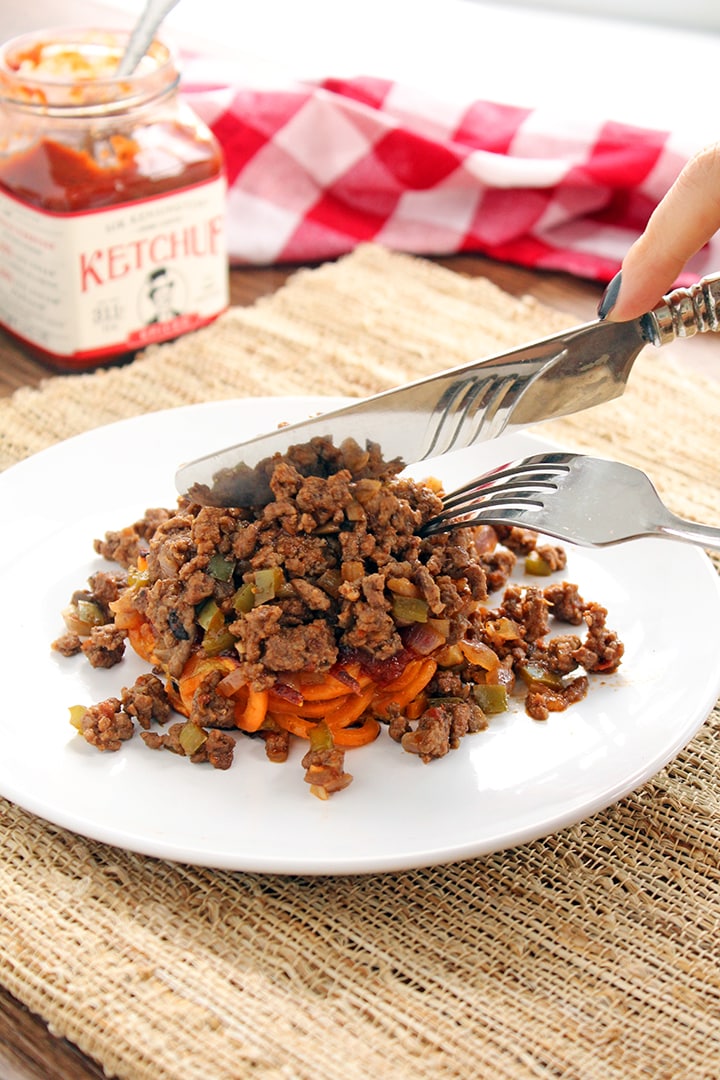 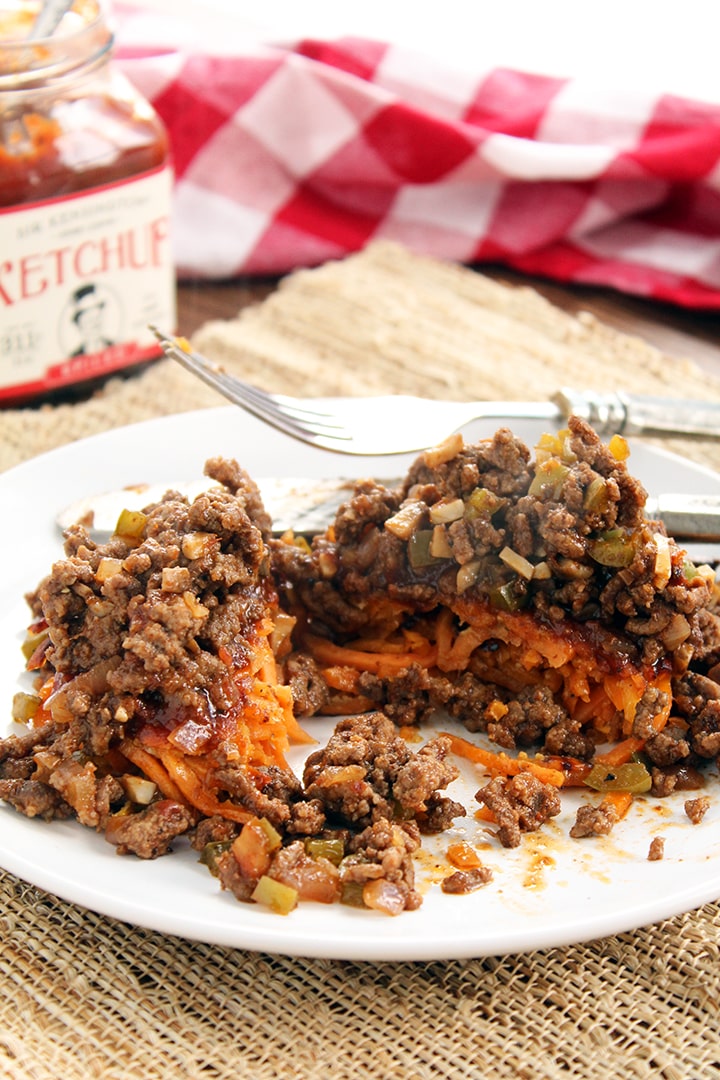 Before I scoop on the meat, I smear about a tablespoon of the spiced ketchup on top, creating more juiciness as the warm bun melts the ketchup. 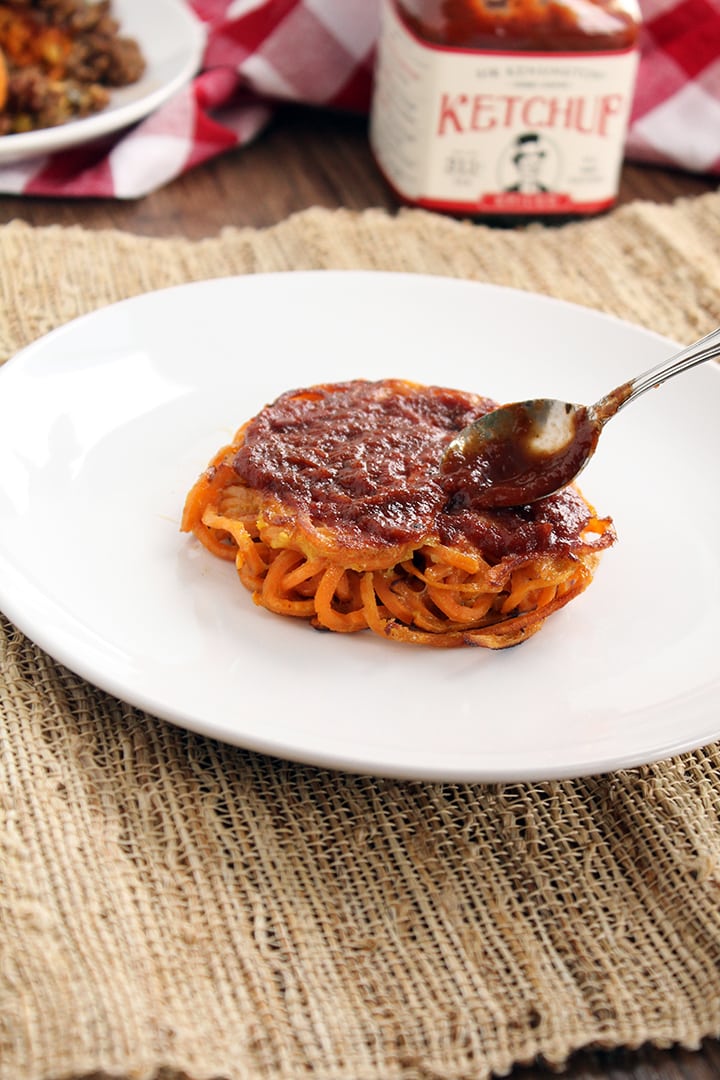 Best part? These are gluten-free and Paleo! Even sloppy joes can be healthy! 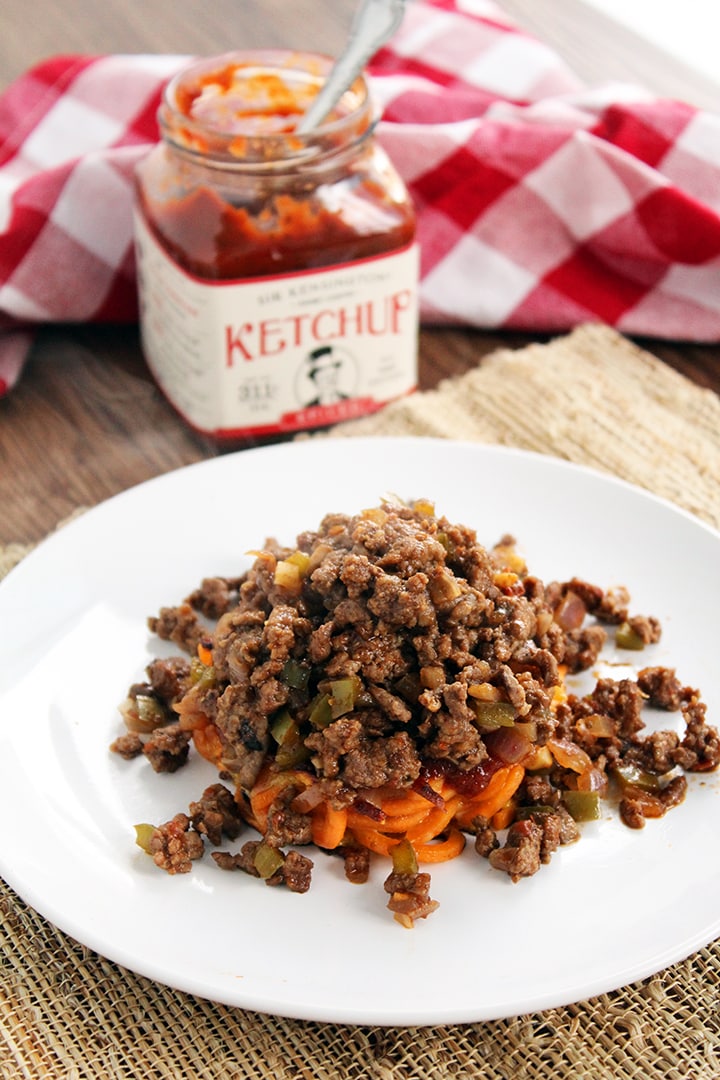 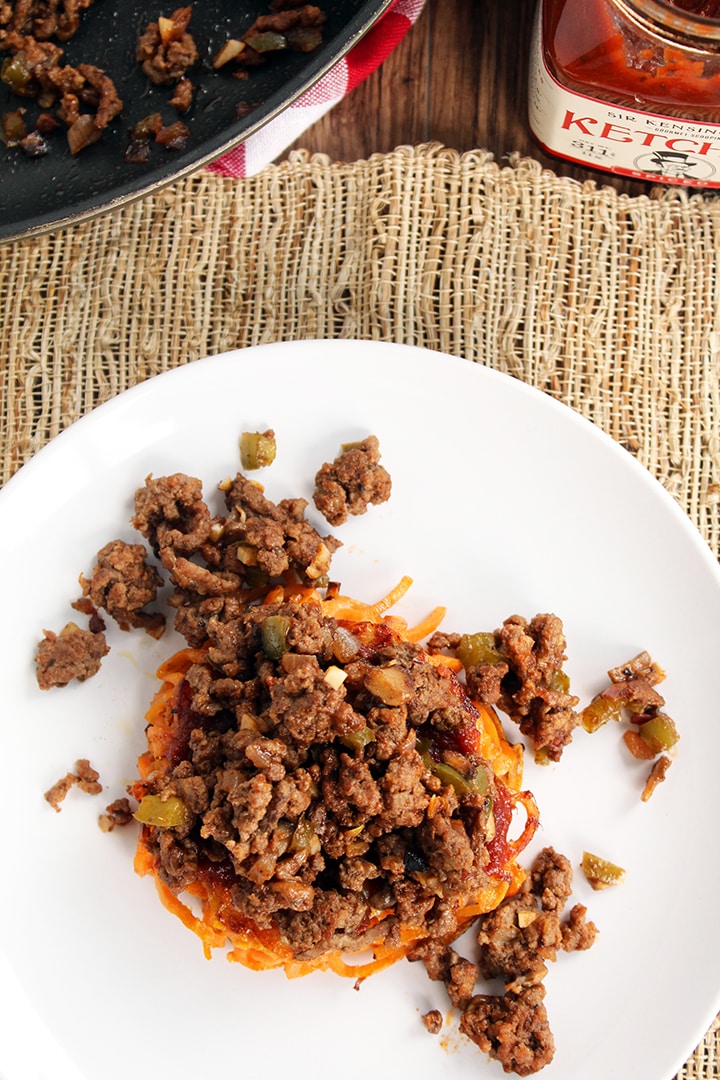 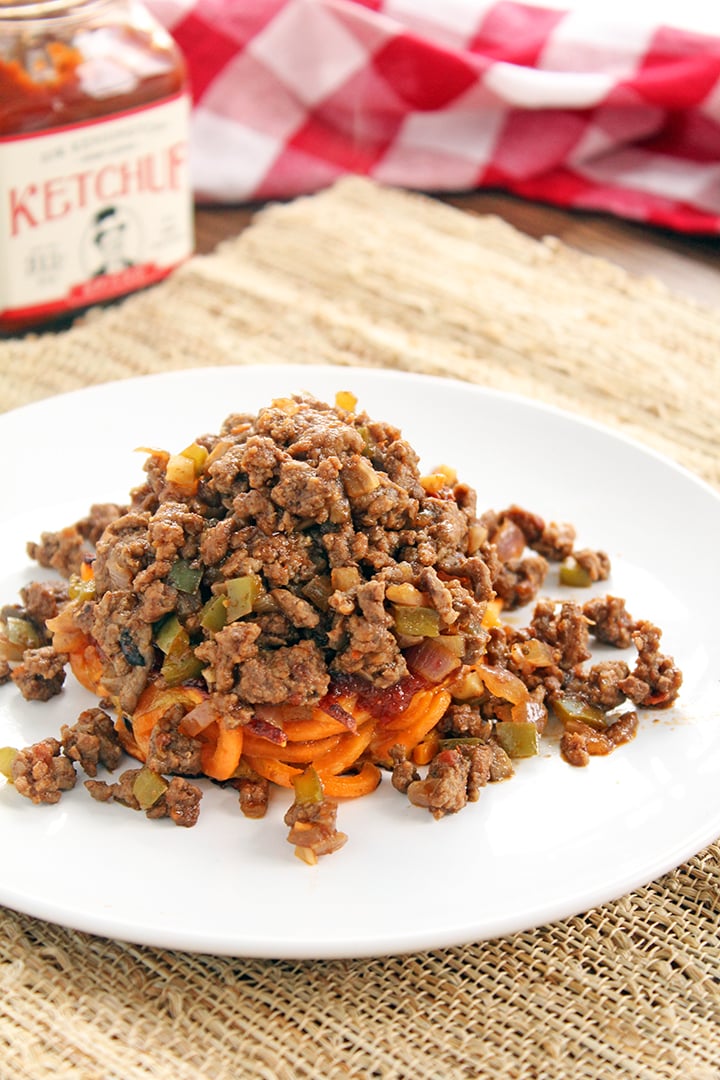 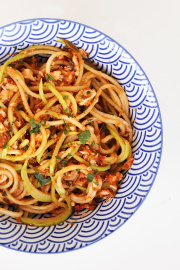 How to Spiralize a Chayote: Roasted Garlic Scape and Tomato Chayote Noodles with Crab