A lot has happened since my last breastfeeding update with Roma, and I want to be transparent about our journey, in hopes that it will help other mamas out there who have had struggles with their nursing experience. As I said in my first post, I thought nursing would be a breeze, considering I nursed my son for almost 16 months. However, I quickly realized that although I had a lot of nursing experience, Roma had ZERO. This was her first time nursing and it was also my first time nursing her. THUS, new baby, new experience.

Long story short, my oversupply and fast let down coupled with Roma’s tongue tie resulted in a gassy, spitup-y nursing experience, with a lot of loss of suction, gulping down of air, and frustrations with positioning. Luckily, she has been growing strongly since birth, so the ‘frustrations’ were mostly just a laundry issue.

So to catch you up since my last post, we did physical therapy with Roma twice a week for about 3 weeks and it helped tremendously. Seriously, I didn’t realize how stiff she was after birth and how that was contributing to a lot of the issues with nursing. Because she was so tight (her shoulders were basically up at her ears), she couldn’t properly open her mouth to latch and use her tongue properly, causing her to lose suction as well. But more than that, she became a different baby over those 3 weeks. She let me hold her without fussing, she melted into my arms instead of feeling stiff as a board. I didn’t realize that a lot of her fussiness was due to her stiffness! It was truly mind blowing.

However, despite her mood improving (it was night and day!) once she was stretched out in physical therapy, nursing wasn’t getting where I wanted it to be. She was still losing suction and even the physical therapist said (during work on her tongue) that she was too tight because the original tongue tie revision (via scissor) reattached and there was not much left to do but get it revised again. I labored over the decision of getting the tongue tie revised. I knew that if I did it, I’d have to commit to 2-4 weeks of stretches in her mouth before every feeding (including ones in the middle of the night, with a baby who was already sleeping through the night!) and there was no guarantee that it would ‘solve’ our nursing issues. However, tongue ties can cause major issues later in life, so I figured that even if it didn’t help with nursing, Roma would be better off in the long run because of it.

I went to a doctor in the city who did tongue tie revisions with a laser. He saw that the original doctor didn’t do a complete revision, meaning, the doctor didn’t snip the tongue tie (the frenulum) far back enough, so basically, we never had a fighting chance! Unlike when I got the tongue tie revision done the first time around, when Roma was just a couple of weeks old, this was way more traumatic for her (and me!) She was really out of it right afterwards and didn’t even want to nurse, even though it was a feeding time (which worried me/broke my heart.) She was extremely fussy and clearly upset for the rest of the day. She actually slept on me (in a baby wrap) for the entire rest of the day and evening, until it was time for her final feed and bedtime. I gave her breast milk chips and even ended up giving her a bit of Tylenol, because she got a little fever!

I went back to physical therapy right after to coincide with the tongue tie revision, so the PT could keep strengthening her tongue and help me with more exercises that I could do at home.

after the revision and physical therapy

Nursing now is night and day from what it was in the beginning. I truly believe that the tongue tie revision made a world of difference. She doesn’t lose suction like she used to, she doesn’t spitup nearly as much as she used to (she still spits up, but there’s usually a bigger reason, like she hasn’t eaten for a long time and gulps down too much milk.) She rarely gets the hiccups anymore, which is such a relief. Now, I know that she’s older and her gut is more developed, but the issues I were having weren’t just hiccups and spitup. Her loss of suction was difficult to go through, because she was constantly breaking the latch and I could feel her frustrations. Plus, when I was out nursing, it was pretty embarrassing – it was a loud noise!

Now, nursing is a breeze. Roma’s latch has gotten stronger with age and she has really learned how to use her ‘new’ tongue. There were a few days last week when I thought she was regressing and I was freaking out thinking that the tie reattached, but then I realized that it was all in my positioning. The bigger she gets, the more I have to switch up my positioning. Having larger boobs makes it more difficult to just latch a baby on. The weight of my breasts cause my nipple to kind of drag out of her mouth, so I’ve found a perfect nursing position where she can open wide, latch, and use that little tongue to its full potential!

I don’t dread nursing her anymore, and I’m not self conscious about nursing in public anymore, because she’s not spitting up all over the place or making loud suction noises. It was a hard road to get to this place, but I’m so glad I did it. I’m fortunate that I had the resources and support to go through all of the specialists, appointments, and be able to get to this point.

Roma was only nursing on one breast for about the first 9-10 weeks of her life and it was killing me, because I felt like I always had a really full, nearly engorged boob. I didn’t want to pump, because I didn’t want to create even more of an oversupply, so I didn’t pump except for the morning and the night. In the morning, I was just too full to NOT pump and at night, I wanted to avoid engorgement in the morning, so I pumped whichever side she didn’t nurse on.

Thankfully, Roma started nursing on both sides around that 9-10 week mark, and I didn’t have to pump anymore! Perhaps 2 or 3 times a week, she doesn’t nurse on both sides or she nurses a little on one side and it’s not enough, so I pump just a few minutes to prevent that engorgement. I’ve been really lucky to have a strong supply like I had with Luca, so I haven’t been pumping during the day at all.

Next steps? Giving her a bottle! She hasn’t been given a bottle yet, and I’m kind of getting nervous about it. I hope there are no issues! 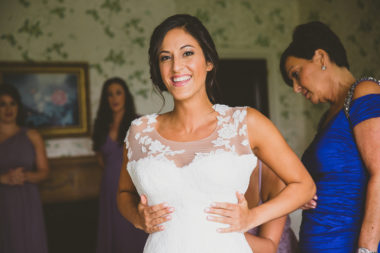 My Health Journey: Checking In & Starting the Next Chapter 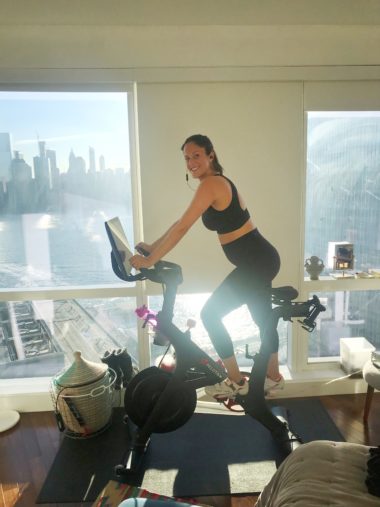 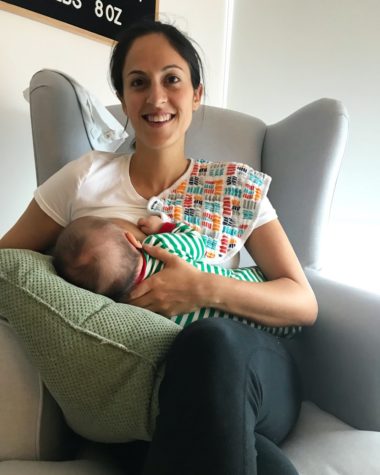 Sarah says:
September 18, 2019 at 10:20 am
Maybe TMI, but what nursing position have you found to work best?! Sounds like have nearly identical situations / journeys and I’m still figuring out what’s best with my LO (8 weeks yesterday so a bit younger). I also have a 21 month old so it’s been fun following your journey with 2 about the same age 💖 (mine are both boys).
Reply
Ali Maffucci says:
September 19, 2019 at 12:20 pm
Cross cradle!! It's definitely difficult with a large chest, but I find that cross cradle is the most consistent!
Reply
Anonymous says:
September 18, 2019 at 11:44 am
I’m so happy things have gotten so much better for you both. ❤️❤️❤️
Reply
Meaghan says:
September 19, 2019 at 11:41 am
You're so sweet! We appreciate your love and support!
Reply
Ali Maffucci says:
September 19, 2019 at 12:20 pm
Thanks Aliza, you're the best!! Positioning is key!
Reply
Anonymous says:
September 18, 2019 at 3:37 pm
Sounds just like my situation also! I wonder if we went to the same specialist in NYC because I used your LC! Unfortunately I waited until my baby was 4 months old for her first revision and I regret not doing it sooner! And now I wish we did PT! She was a completely different(better) baby afterwards. My daughter also got a fever afterwards and only nursed on one side for the longest time, not sure if it was due to oversupply or swallowing so much air, but I used the haakka to relieve engorgement on the other side. It worked well and helped me create a freezer stash although it was sometimes uncomfortable and I feel like it was a big contributor to stretch marks. I’m so glad Roma is doing well and thriving! It’s so funny because I keep seeing the name Roma everywhere I go. There is a pizza place, Italian deli, and street name that I’ve seen just the past few days. 🥰 best of luck to your beautiful family
Reply
Meaghan says:
September 19, 2019 at 11:40 am
Thank you so much! We appreciate you being here!
Reply
Ali Maffucci says:
September 19, 2019 at 12:19 pm
Isn't it funny how you notice things more like that?!?! Same here- I see Roma everywhere I can't escape her! Glad you used my LC, she's awesome!
Reply
Megan says:
September 18, 2019 at 8:36 pm
Go Ali & Roma!! Thanks for sharing your story! My little guy also had to have a second tongue tie revision; and I agree those exercises and stretches with their tongue is heartbreaking! Thankfully they won’t have any memory of it. Hang in there & good luck with the bottle! Ps; we went to laser tongue tie specialist in NYC too!
Reply
Meaghan says:
September 19, 2019 at 11:40 am
We appreciate your comment!!
Reply
Ali Maffucci says:
September 19, 2019 at 12:11 pm
Thank you so much for the kindness, Megan!
Reply
Amanda says:
September 21, 2019 at 4:37 am
How did you know that Roma was stiff and needed PT? Pediatrician recommended or Did you just feel it holding her and sought out a therapist? (Planning on a second and don’t want to miss anything!) thank you
Reply
Meaghan says:
September 23, 2019 at 12:38 pm
Hi Amanda! Thank you so much for your question. Ali's lactation consultant recommended it!
Reply
Anonymous says:
September 24, 2019 at 12:38 pm
Ali, I commend you on your persistence and loving dedication to breastfeeding. I know from experience how challenging it can be for a new mom ( first baby or not) to struggle with nursing issues, and many of the things you have recognized and addressed are issues that might have been part of my struggle, but were unknown in our rural setting several years ago. Many women would have given up, but you've persisted and I have no doubt that your blog will help Many Many women attain a successful nursing relationship with their babies!! I am a firm believer in the value of breastfeeding. My family history included many members who had devastating allergies and I was determined to make breastfeeding work. I pumped into a bottle until 4 months until my son was old enough to have a stronger sucking ability. My children, who are now adults, are free of allergies, and although I can't discredit my husbands genetic contribution to our sons' health, I truly believe that breastfeeding made a big contribution. Bravo to you, Ali!!!
Reply
Meaghan says:
September 25, 2019 at 10:01 am
This is so kind. Thank you for sharing this with us and for your support!
Reply 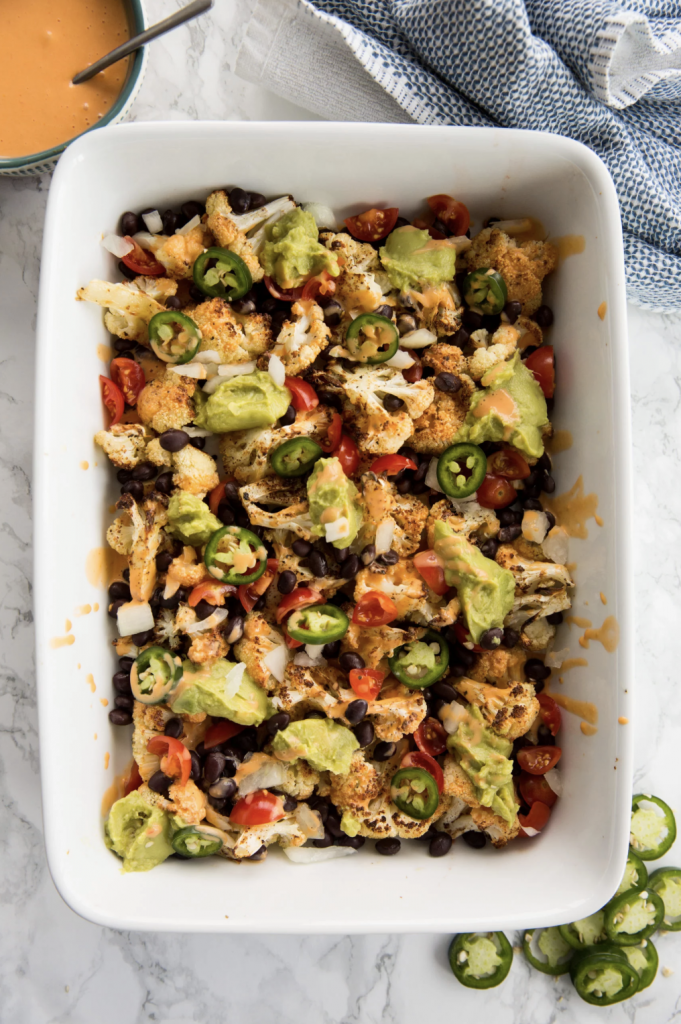