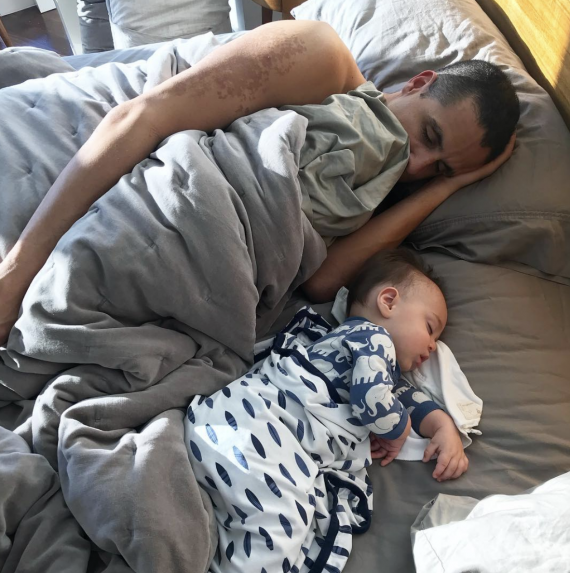 an update on Luca and his schedule

Family, Motherhood
it’s ironic that I’m writing an update on Luca and his ‘schedule’ because this baby...
share this post

it’s ironic that I’m writing an update on Luca and his ‘schedule’ because this baby has never been on a schedule. from the moment he was born, I’ve been feeding him on demand and listening to his sleepy cues. he runs the show and we’re fine with that – he’s happiest when he eats when he wants to eat and sleeps when he’s tired. if we force anything, it throws him off and he’s cranky.

there was a period in time when he was young (younger than 2-3 months) where I didn’t take him out much because it was freezing cold outside, I was adjusting to newborn life, and frankly, I preferred to be at home with all the comforts around me. unfortunately, this resulted in Luca not doing well when we were away from home for long. for example, if we went out shopping for a few hours, he wouldn’t sleep in the stroller/car seat and when we got home, despite being awake for 3-4 hours, he refused to nap. 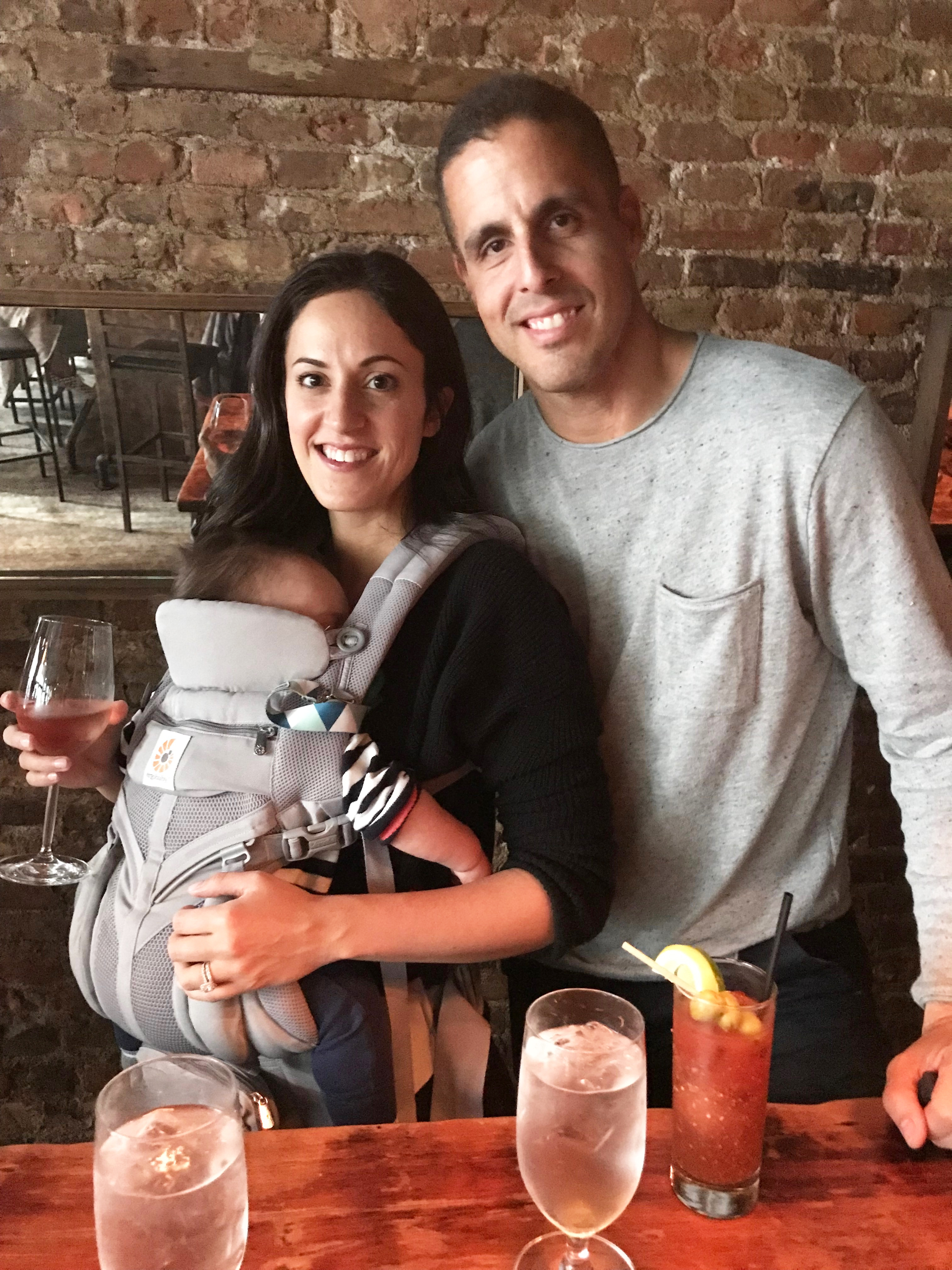 we ended that real quick by taking him out more. if Lu and I want to have a full day out of running errands, having brunch, grabbing drinks with friends, etc, we’ll just pack appropriately – we’ll bring the ErgoBaby carrier so that if he’s cranky and needs to sleep (and can’t do it in the stroller), we’ll strap him into the carrier so we can enjoy ourselves. he also sleeps really well in the carrier and it’s nice to get him warm against us, it’s the sweetest feeling.

anyway, as for his ‘schedule,’ he definitely has some repeating behavior that can be loosely interpreted as a ‘schedule’. generally, he’s awake for 2-3 hours and nurses every 3-4 hours. he takes 3 naps but often, he skips his last nap. again, it varies, but here’s what a ‘typical’ day looks like with Luca (Feeding is a nursing session and Meal is a solid foods feeding):

6:15am: Feeding #1 – he usually wakes up around this time, standing up in his crib waiting for us. we bring him into bed and I side lay nurse him. sometimes, if he wakes up earlier (like 5:30am), he may fall asleep after the nursing and sleep until 7:30am, which is glorious.

6:30am: after nursing, we play with him (we keep some toys and burp cloths by the bed for this.) this lets us rest our eyes a bit and wake up.

7:45am: Meal #1. We’re doing baby led weaning – you can read all about that journey here and follow along on @inspiralizedkids).

1:45-2pm: Meal #2 – I am only doing two meals a day right now and I like to do them during the day, because nights are unpredictable – sometimes he’s asleep by 6pm and I don’t have time to prepare a meal for us, so doing breakfast and lunch is easier because the nanny is here and I have more flexibility. He’s supposed to be up to 3 meals by 9 months, so this will all change, but for now, it’s just two meals.

2-3pm: The nanny usually takes him on a walk at this time if she hasn’t already in the earlier afternoon/late morning.

7:00pm: Bath time – we give him a bath every other day unless he eats something (like seafood) that’s really smelly, we’ll give him a bath. We put him in his jammies.

7:30pm: We start to wind him down by reading him books, putting some of his white noise machines on, etc.

7:45: Bedtime. Usually, if he’s cranky and can’t get himself to sleep around 7:45pm, I’ll nurse him – he almost always falls asleep on the boob and just has a “top off” to get him to sleep.

Now, he is in the middle of cutting his second tooth and in Leap #6, so the past couple of nights he has been waking up in the middle of the night screaming and then he’s up. We try bringing him into bed to soothe him (I’ll side lay nurse him for a little bit and he’ll pass right out and then Lu will bring him into his crib or let him stay in the bed, depending what time it is – if it’s 5am, we’ll leave him in our bed, if it’s 2am, we’ll try to bring him back to the crib.)

The big theme here is that he doesn’t have a schedule – every day is honestly completely different. Some days he naps on cue every 2 hours, sometimes he’s awake for 3 hours. Sometimes he nurses every 4 hours, sometimes at 3 hours he’s ravenous. Baby’s are unpredictable and once they are in a ‘schedule’ it all changes with things like teething (ugh!) 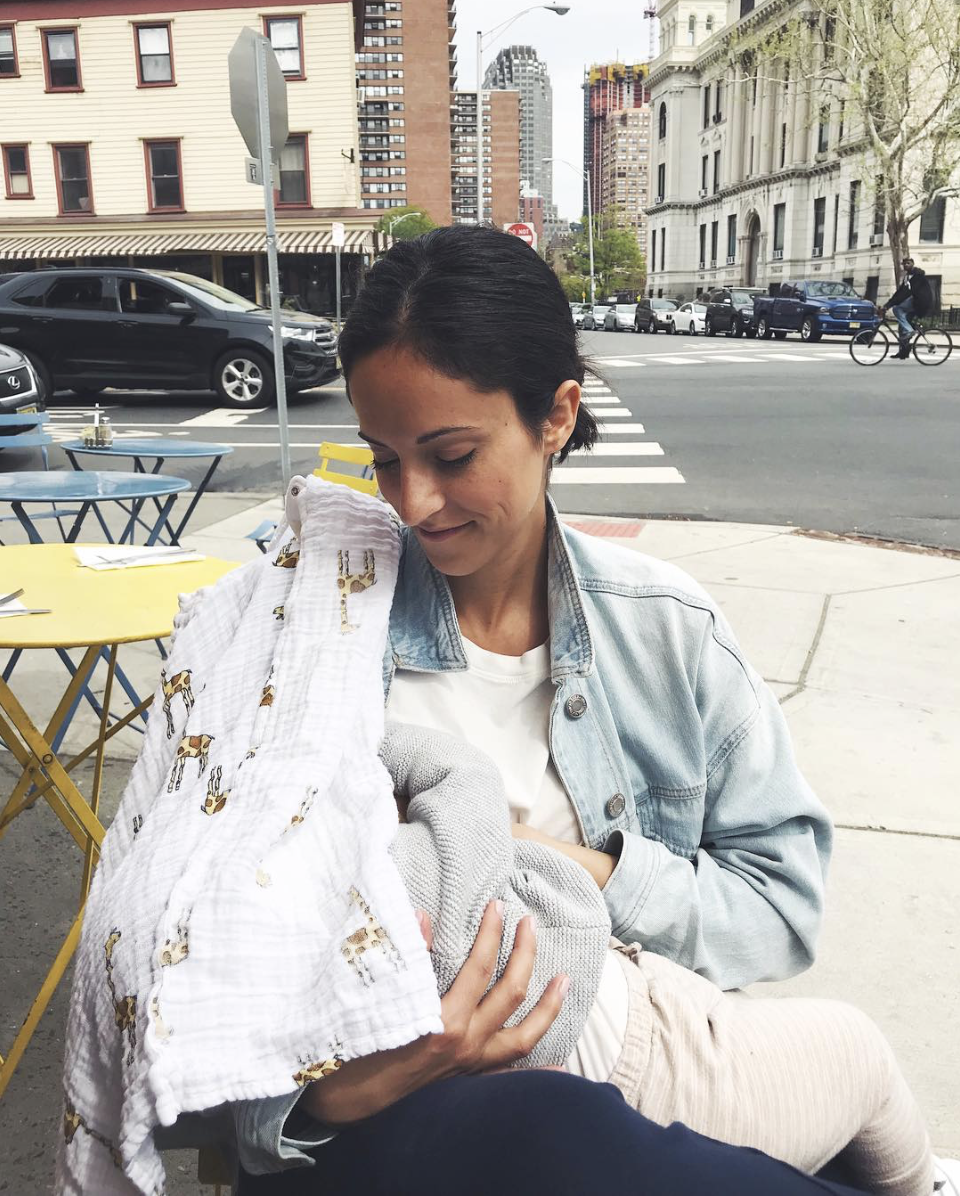 Other Luca updates – the fun stuff!

In retrospect, I wish I had done monthly updates about Luca, because it’s so exciting to track and share his developments! Here’s where he’s at:

And that’s it! That’s the Luca update! 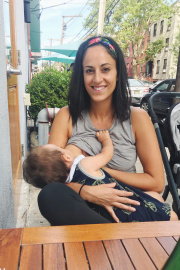