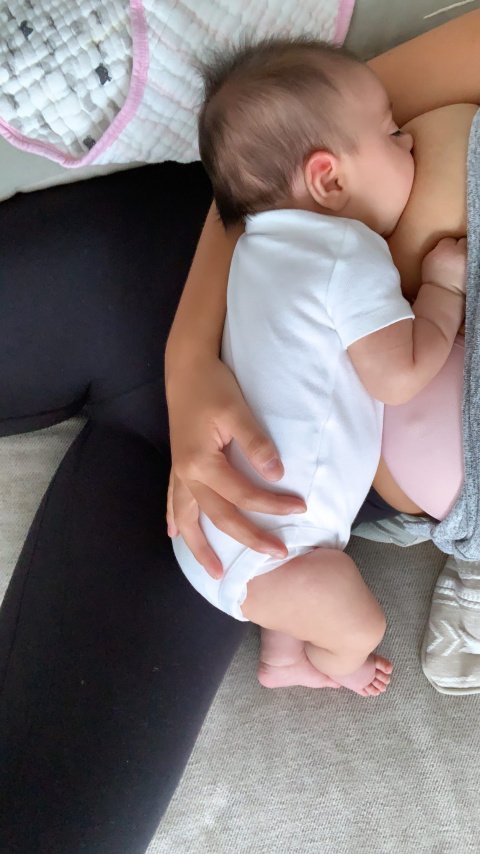 How I Weaned My Toddlers Off Breastfeeding

Motherhood, Pregnancy
Technically, the title should read “how I weaned Luca off breastfeeding and Roma off breastmilk”...
share this post

Weaning your baby (or toddler) off breastmilk is one of the most uniquely challenging and liberating things I have ever gone through. Each child has been completely different and each experience has thus been different. In today’s blog post, I’m going to share how I weaned both my kids off breastmilk. And it was an emotional journey to say the least.

Let’s go back to my first child, Luca! Currently, Luca is 35 months old (he’ll be 3 years old in 1 month!) and I weaned him just before he turned 16 months old. Luca was a classic mama’s boy and was pretty attached to the boob. He showed zero signs of weaning until about 14 months, when I was about 2 months pregnant with Roma (yup, you can get pregnant while breastfeeding!) and he would just nurse for less and less time at each session. At the time, I figured that my supply was running low as my pregnancy was progressing. So, my body kind of naturally weaned him, but I could tell he was still comfort nursing. 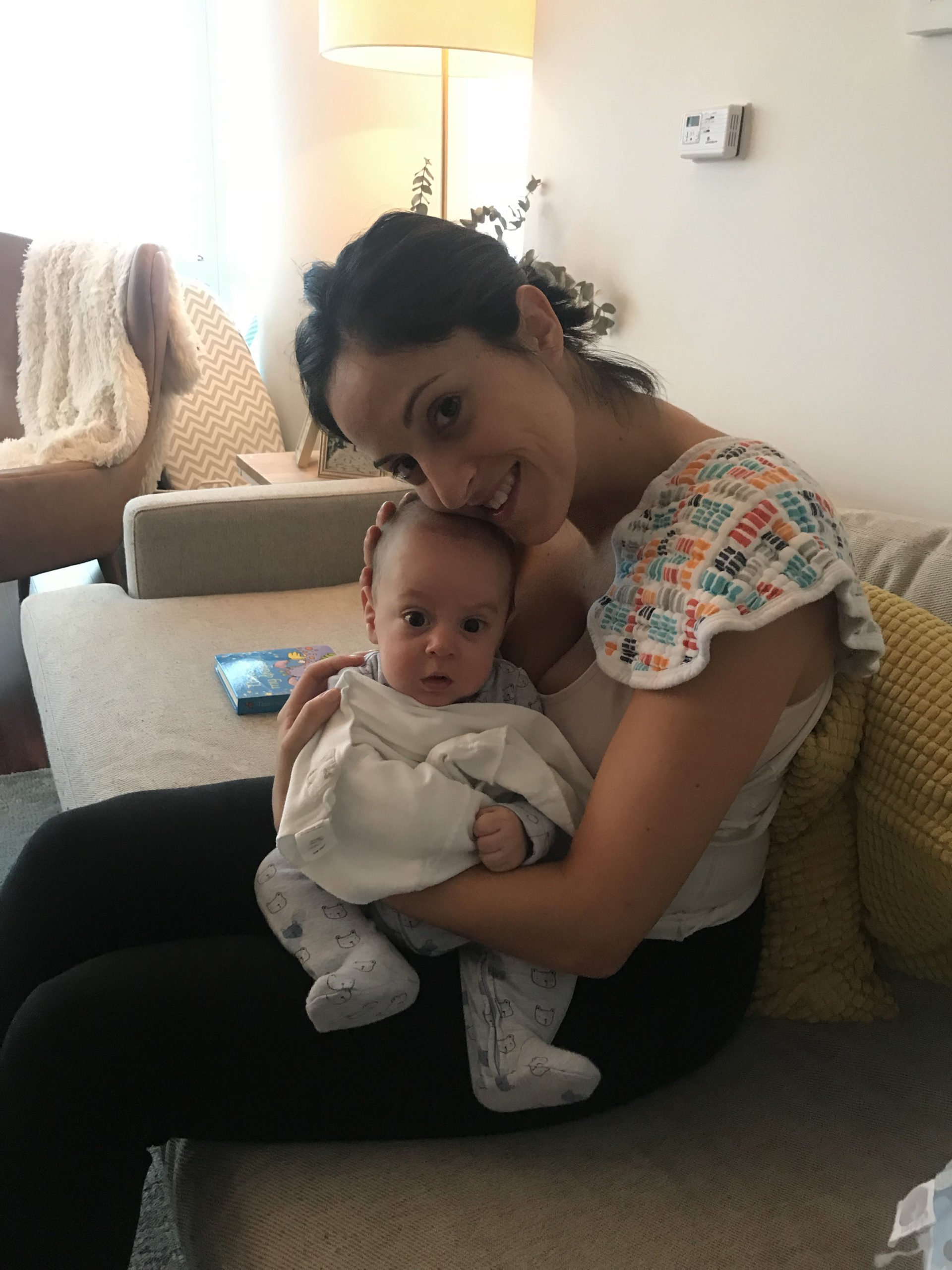 When Luca was 13 months old, Lu and I planned our first solo trip since his birth to go to Iceland for Lu’s 40th birthday. You know, pre-COVID, when you could do fun things like that! We were so excited BUT I was still nursing him 4 times a day at that point, and I didn’t want to go to Iceland and have to pump 4 times a day. So, shortly after his 1st birthday, I weaned him off one nursing session (the late afternoon one, that he never nursed at for long anyway.) Simply, I just didn’t nurse him and gave him a snack instead. I remember how momentous this felt when I did it. I kind of sat there, waiting for him to cry for my boob, but he was fine! He ate his snack and went on his merry way. Lesson learned: we make everything out to be bigger than it is!

On that trip in Iceland, I had a little scare. Long story short, I left a cord to my pump home and realized it too late. I thought I could hand express, but I’ve always been a big producer (of breastmilk) so that didn’t work for me. I got severely engorged, I was in extreme pain, and we rushed to a hospital, where I pumped almost 30 ounces of milk in under 20 minutes. From that experience, I realized that I was done nursing or that I wanted to be done. I wanted to have my body back – I wanted to be able to take a spontaneous trip and not worry about pumping. It felt like a selfish move, but as a mother, you’re constantly putting your child’s needs above your own and I was ready to give my body some rest. 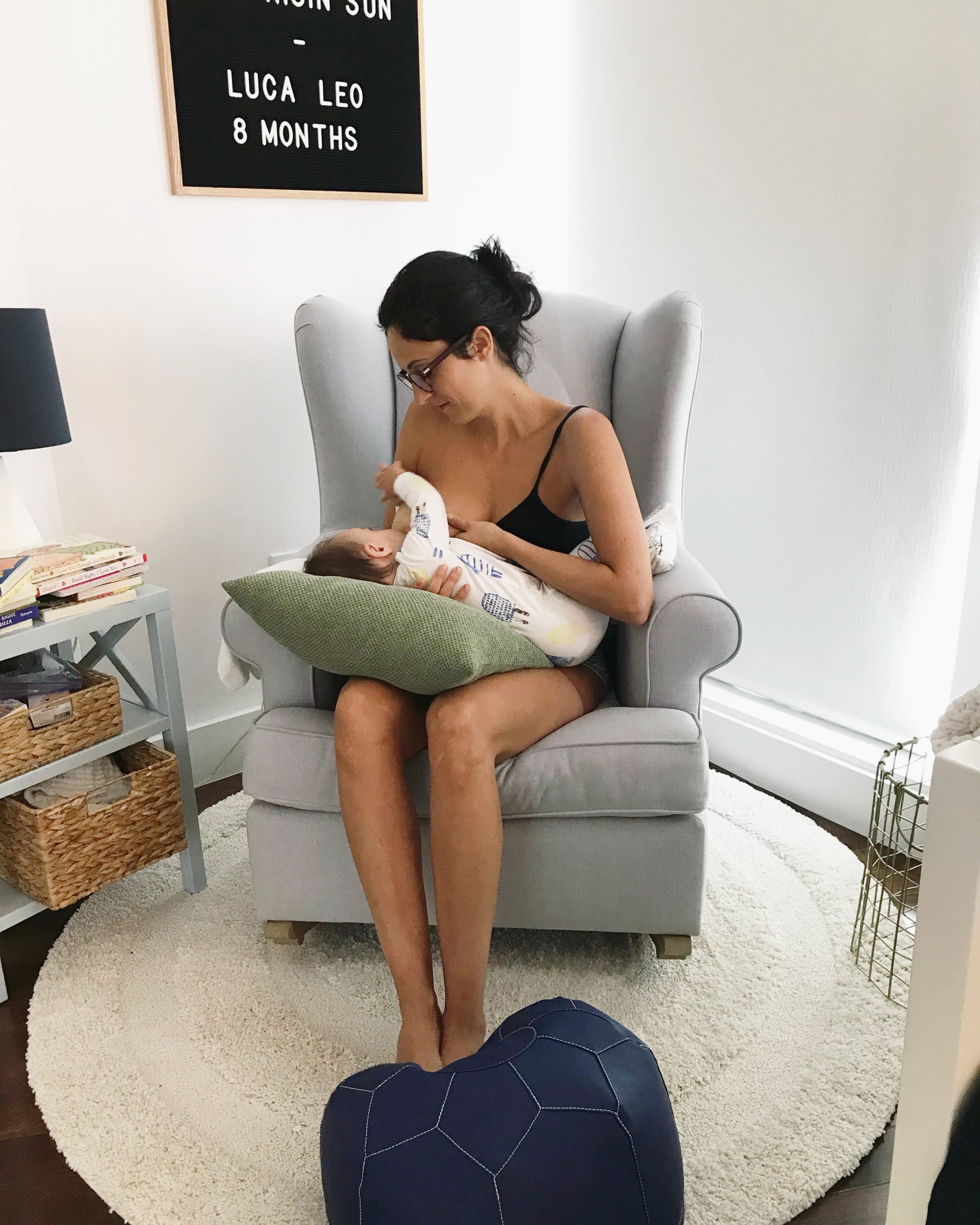 After Iceland, I dropped that third mid morning feed, so that I was just left with morning and night. I thought to myself, “well, this is easy, I could do this forever,” but I was pregnant and around the 4 month mark it started to get uncomfortable, so I weaned him off the morning feed first. I did this all a week at a time. So, one week I dropped the morning feed. And then the next week, I dropped the bedtime feed. I replaced his morning and bedtime nursing session with a little bit of water in a straw cup and he was fine.

Why did I give him water? I tried every single type of milk from cow’s to goat’s to pea milk to oat and he wouldn’t drink a single sip! So, water it was. 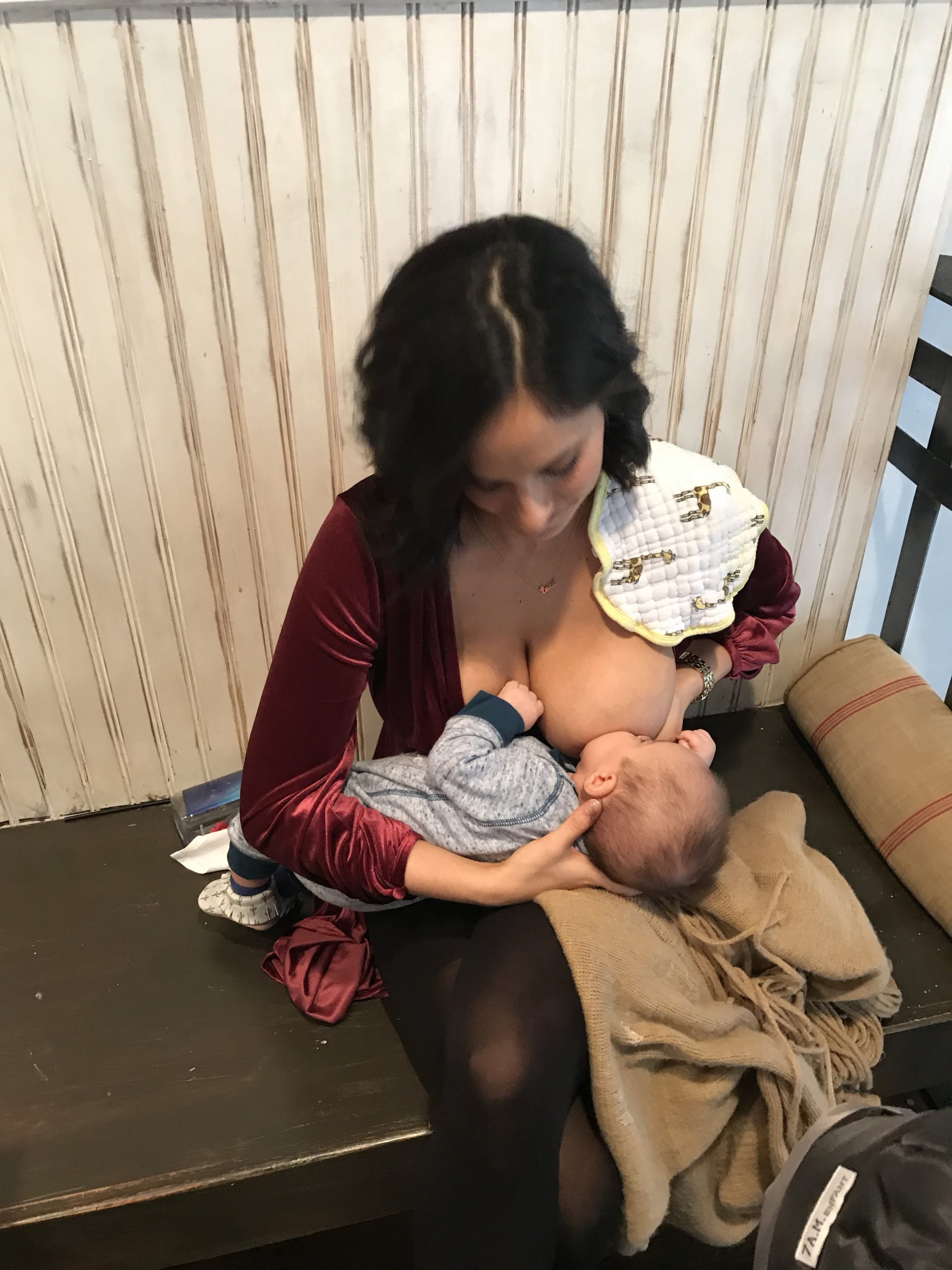 I remember that feeling of finally being done nursing. I was ready to have my body back, but I was…. pregnant again. So, I didn’t really have my body back. However, it still felt like the most liberating thing I had done in a long time. I could have a couple glasses of wine with dinner and not worry about nursing! Or, I could sleep in late and let Lu handle Luca while I got some good pregnancy rest, because Luca didn’t need to be nursed!

Totally different. Around 10.5 months, Roma started to nurse a lot less at her nursing sessions during the day. The mornings were always longer and so were the nights, but that mid morning and mid afternoon became very short (like, 3-5 minutes max.) I was worried about my supply, so I pumped one day after she nursed and there was so much milk – like 6 ounces in 10 minutes. Right then, I knew she was going to wean herself. I remember nursing her one day and just looking down at her and being like, “This may be my last time nursing you,” and I looked at her precious little face and had my moment. I felt so sad, because I wasn’t done yet. 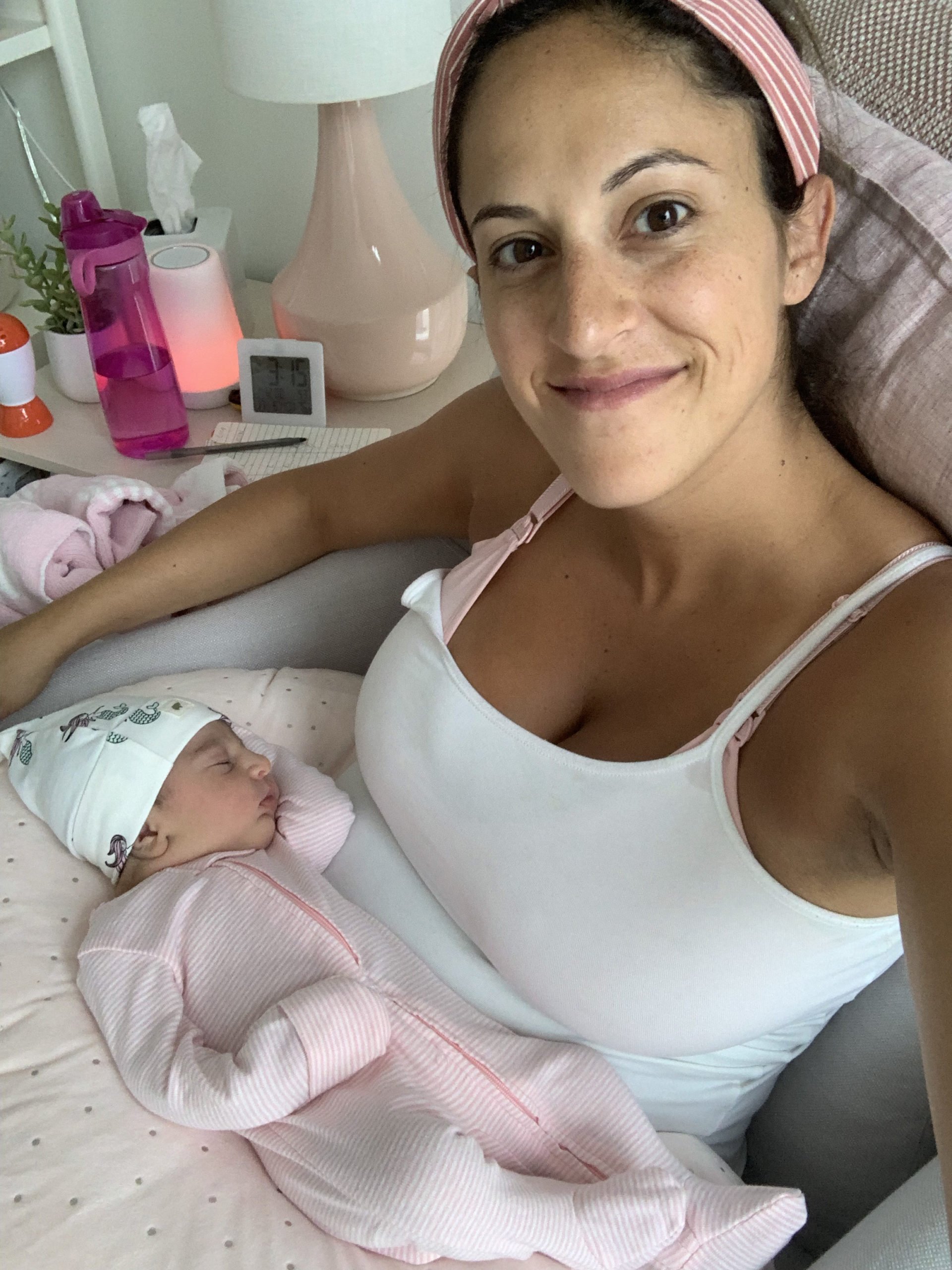 At just about 11 months, she just went on a nursing strike, dropping one feed at a time (at this age, she was nursing 4 times per day still.) Within 3 days, she was done nursing. She wouldn’t take the boob, she’d touch my nipple and giggle. It was almost like she was saying, “Ha, I’m a big girl, I don’t need that milk anymore!”

And if you follow me, you know that Roma has always been a fantastic eater. Like, she eats more than Luca by tenfold. Sometimes she eats just as much as me at a meal – seriously! I’ve never worried about her nutritional intake, as I did with Luca, so when she started weaning, I wasn’t worried about nutrients as I was with Luca. I wanted to give Roma my antibodies for her immune system, and since I was still producing milk, I decided to pump instead of just switching to a milk (my pediatrician said she doesn’t need formula at that age, so I can switch her to whatever milk I choose.) I decided to only pump morning and night, so she went from nursing 4 times a day to getting a straw cup of breastmilk (about 6 ounces) in the morning and night. 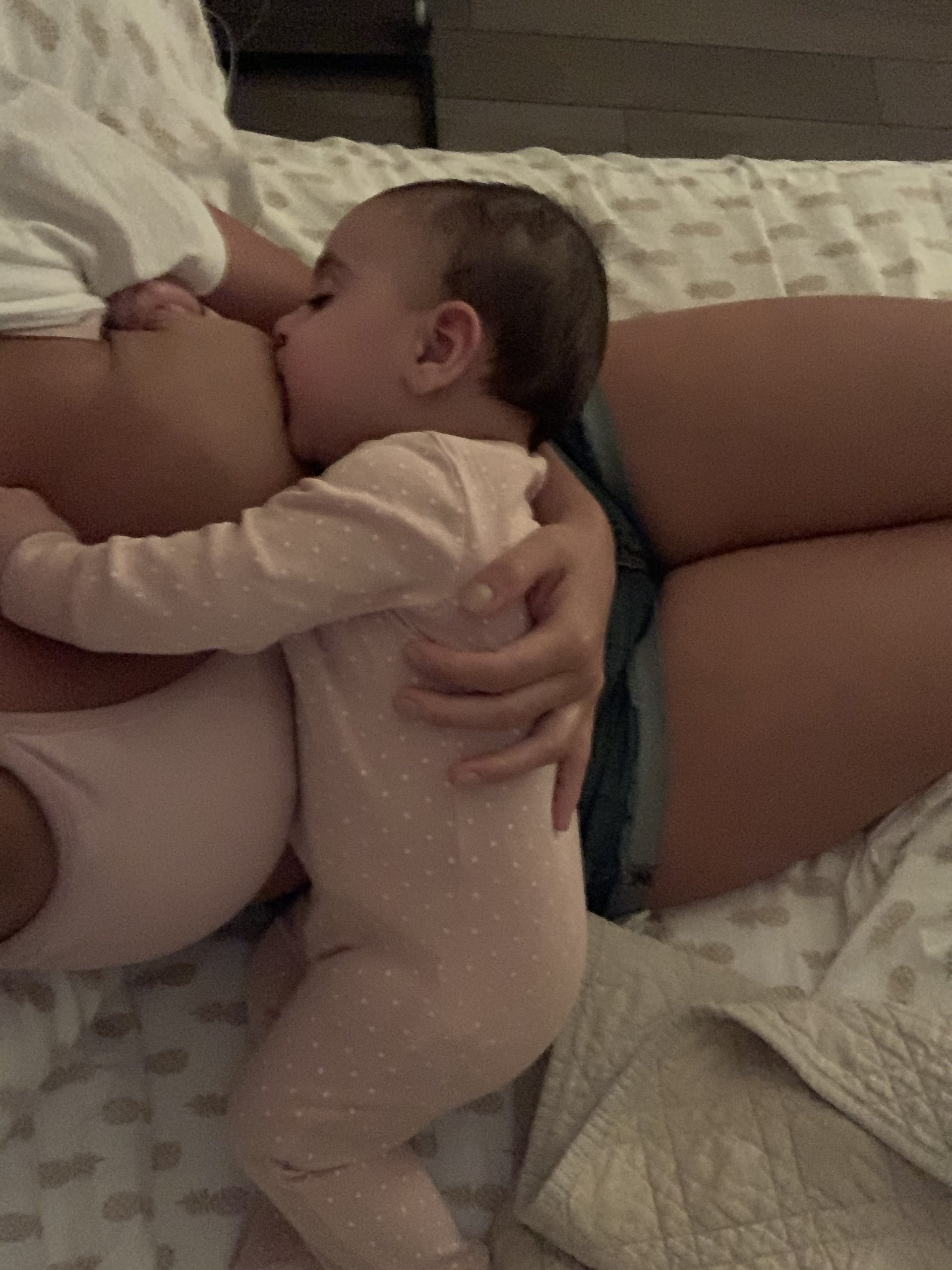 I told myself I’d just pump for that month to make it to her first birthday. But then after her first birthday, I was just pumping morning and night and it didn’t bother me, but I loathe pumping. The time commitment didn’t bother me (I only pumped for 10 minutes in the morning and 10 at night,) it was more-so the act of pumping. It’s the worst – but mothers go through a lot worse! So I asked myself, “Why are you still pumping? She’s almost 14 months old.” And then I realized I was pumping because Luca was breastfed until almost 16 months, and I was treating her just like him. And that’s not fair.

And again, I wanted my body back. I wasn’t pregnant (I’m not pregnant) and for the first time since January 2017, I could have my body back. So, I decided for a few days just to pump in the evening, so that I’d have a morning bottle for Roma to break her fast. That was easier for me, because I could just sit on the couch and pump (the mornings were more disruptive because I had to juggle the kids.) I woke up a few mornings with super full boobs, but pushed through it. I never felt engorged or in pain, so I just let the milk dry up. 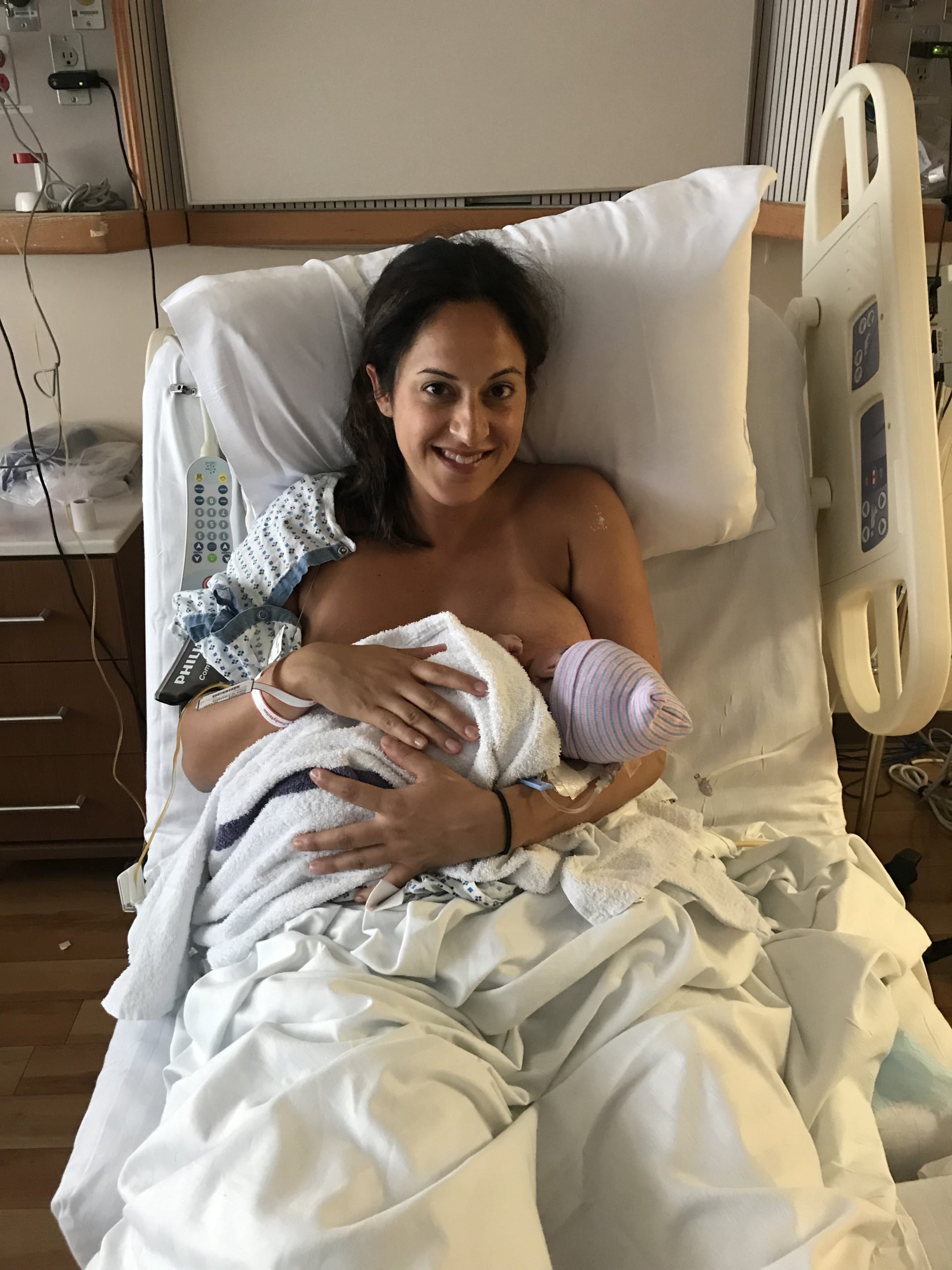 Then, once my boobs felt better and not super full, I dropped the last bottle (four days ago!) However, my boobs got really full, so I pumped once for 5 minutes and then the next day for 3 minutes and then the next day for 1 minute. And now, I don’t pump at all! I’ve been pump free for 2 days and it feels absolutely glorious. My boobs are still full, but not at all uncomfortable as they were in previous days. It will take a few weeks for the milk to totally dry up (maybe even months, some say!) but I put away my pump and pumping accessories for another time.

I knew I didn’t want to give cow’s milk to Roma, and of all the research I did, pea milk (via the brand Ripple) seemed to be the best option nutritionally. My plan is to give her Ripple for a couple more months and then wean her off that and onto water. Luca survived, so will she! I much prefer her to continue to fill up on whole foods than milk anyway. And yes, I’ve gotten all the blessings from my pediatrician! 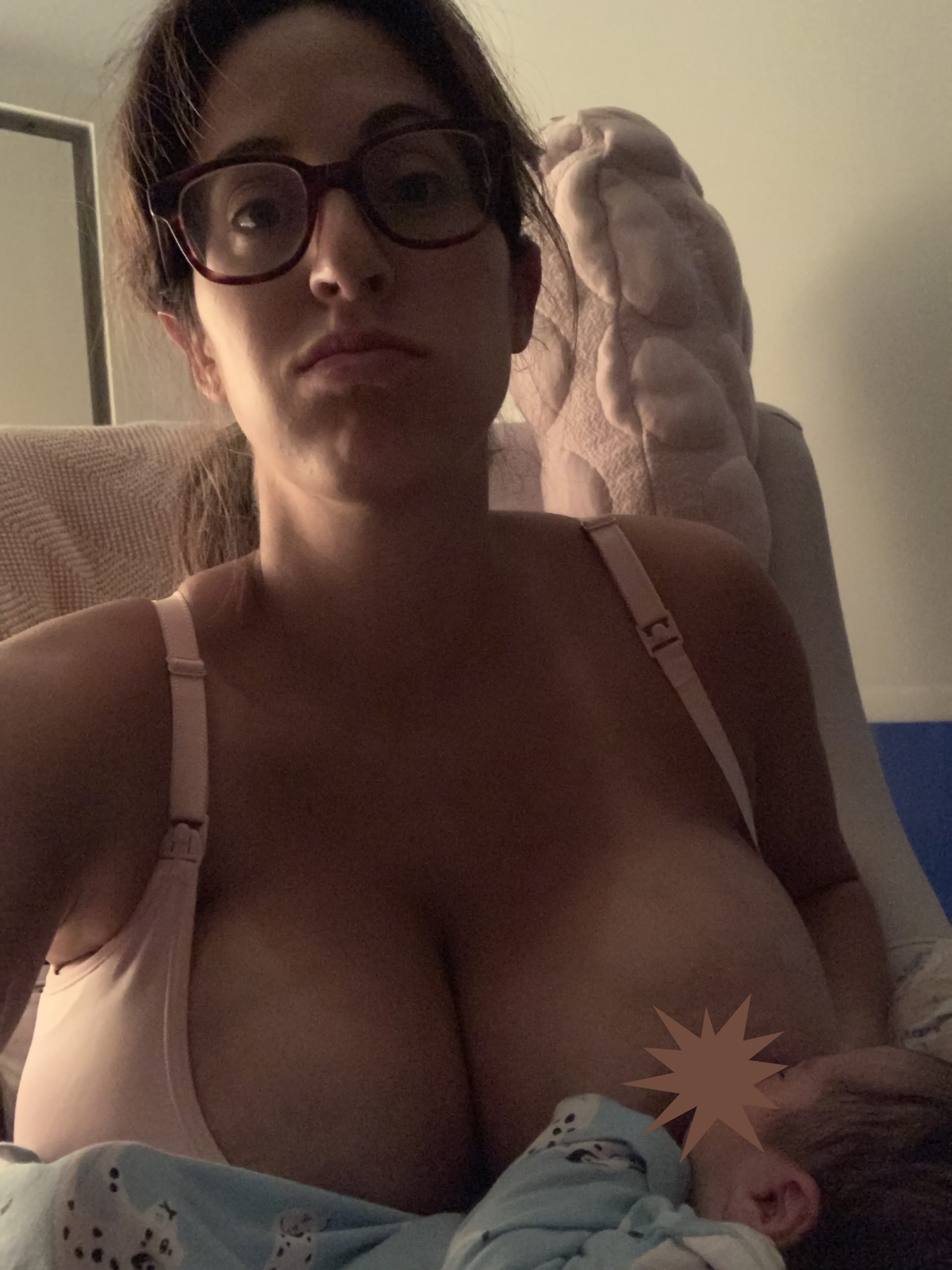 How do I feel? I feel so relieved. I am happy I made it this far in my nursing journey with both of my kids, but I’m also happy that it ended at this time. I feel like I gave it my all, and my babies got what they needed. No matter what your journey is, as long as you’re giving your babies care and love, that’s all they need – whether it’s breastmilk via nipple or a pump or formula via a bottle, it’s the best for your baby and what they need above all else is unconditional love. That’s what they’ll member – you comforting them at night, not what kind of milk you gave them.

On to the next motherhood journey! 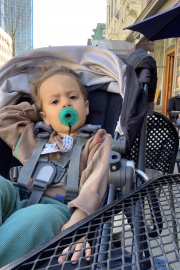