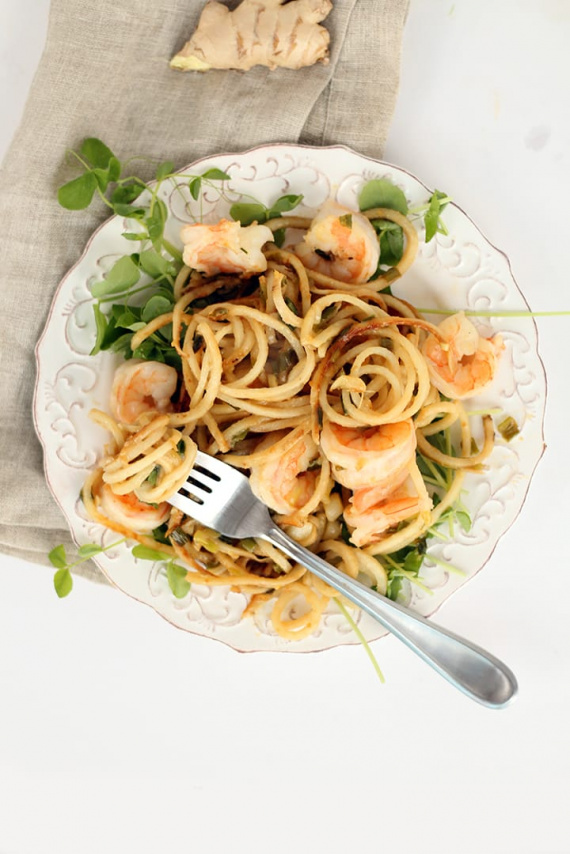 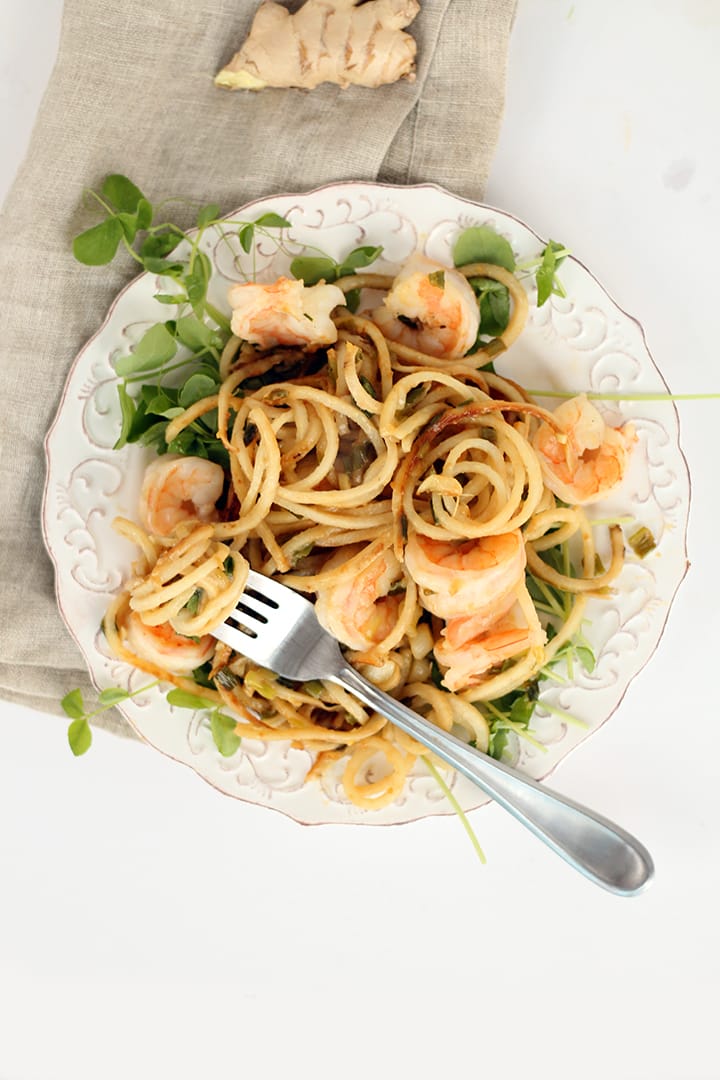 I’ve passed taro root a few times in various places – a Whole Foods, an ice cream shop in NYC, a specialty grocery market in Hoboken and most recently, on FreshDirect.

Usually, I love walking through a gorgeous Whole Foods or meandering through the Union Square Farmer’s Market for inspiration on what to cook.

It’s therapeutic and empowering – seeing the crops that farmers plant and grow is truly moving.

This time, I was sitting in my jammies, with a cup of coffee, scrolling through the “asian vegetables” on FreshDirect and spotted taro root. 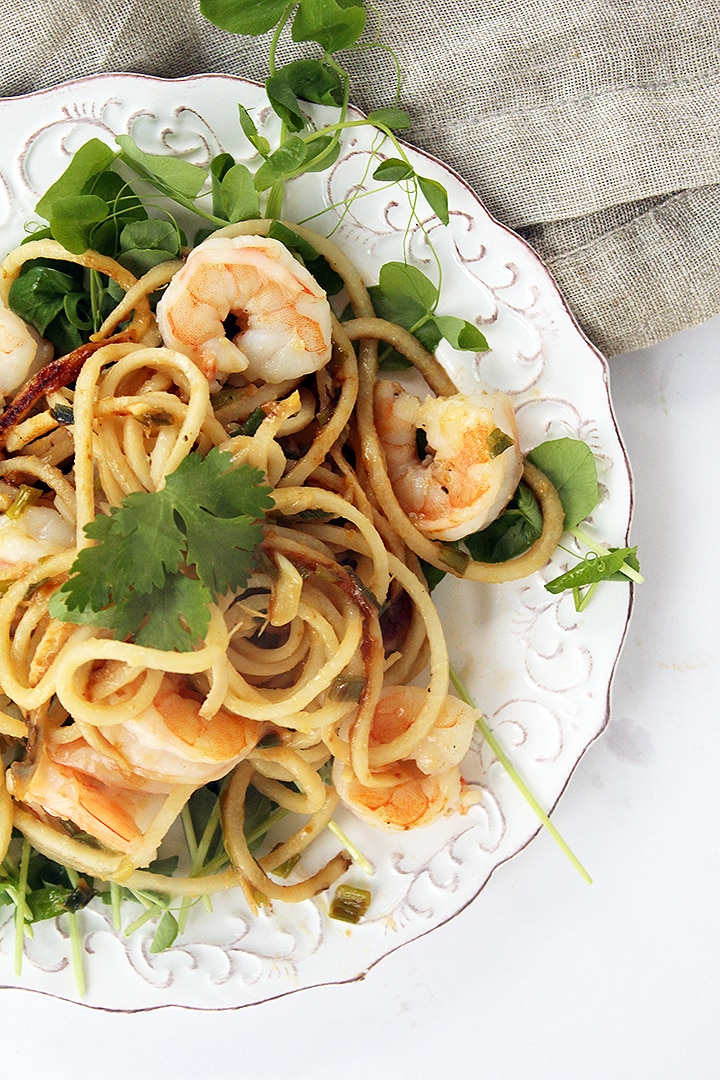 For whatever reason, I added it to my cart. I thought maybe I’d dice and roast it like a potato hash and make brunch over the weekend, maybe throw in some bacon and top with a fried egg. “Yea, that’s what I’ll do!” I said.

When I went to peel it to dice it up for some prep, it struck me: why the heck aren’t I spiralizing this? Can I spiralize it? 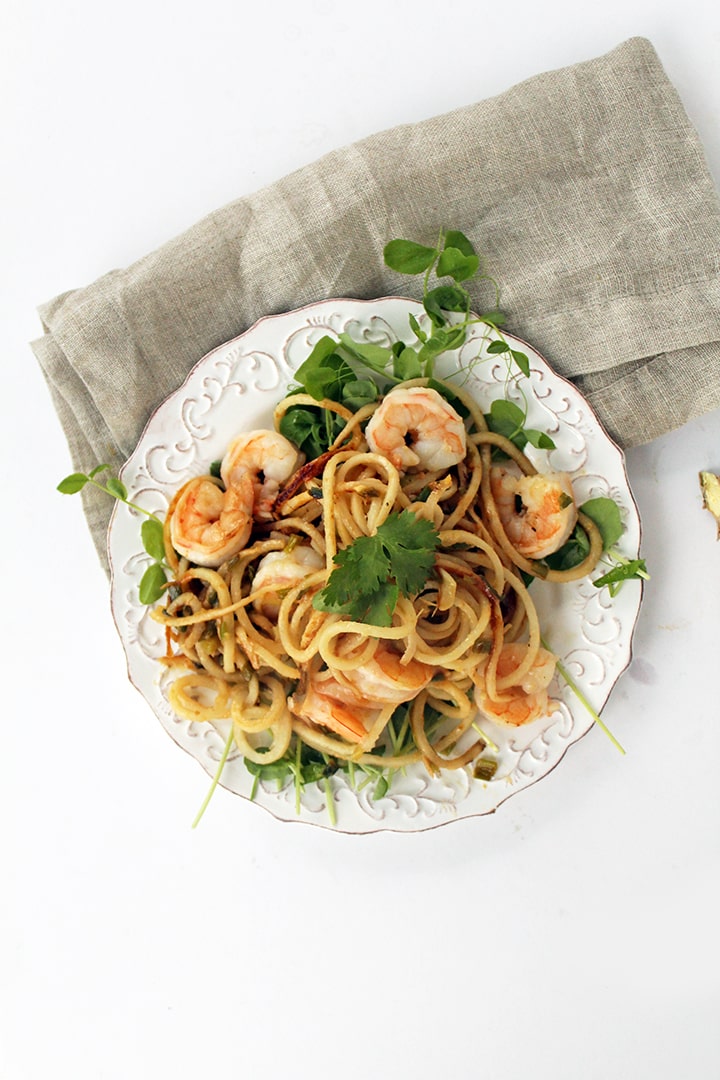 Obviously, I tried it. It worked – way better than I expected! It’s a pain to peel, because its outer skin is very rough (similar to yuca or a celeriac.) I mean, it grows in the ground – it’s a root vegetable.

Anyway, I put it in the fridge and decided to sleep on it and when I’d wake up, I’d know what to do. Well, then I realized I’ve never tasted taro root and I don’t know what it tastes like.

So, I sauteed some quickly in a skillet and oh.my.word. 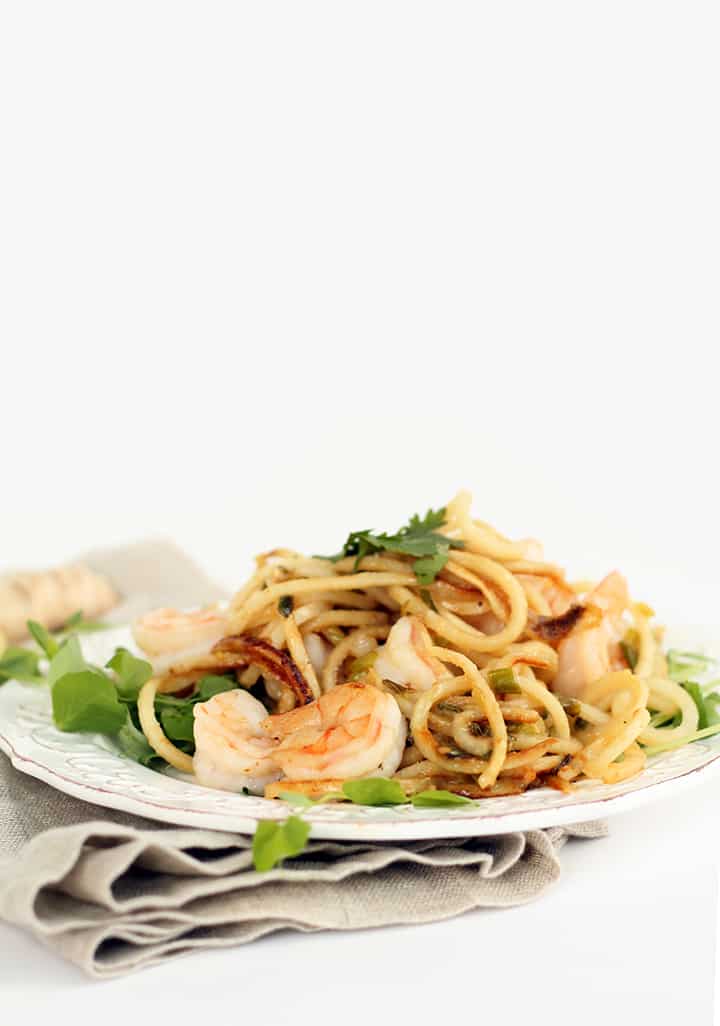 It tastes much like a sweet potato and has a lovely starchiness that makes it easily softened, like an Asian noodle. It almost has a mild coconut taste . Most importantly, it’s like a sponge – it absorbs flavor incredibly!

[insert slaps against my forehead here] How’d I miss the boat?!

Nutritional benefits? While it’s higher in calories than potatoes, it’s a better source of dietary fiber, it’s packed with complex carbs, and it has a lower glycemic index, meaning it won’t cause blood sugar levels to skyrocket. Taro root also contains a solid amount of B vitamins and potassium. 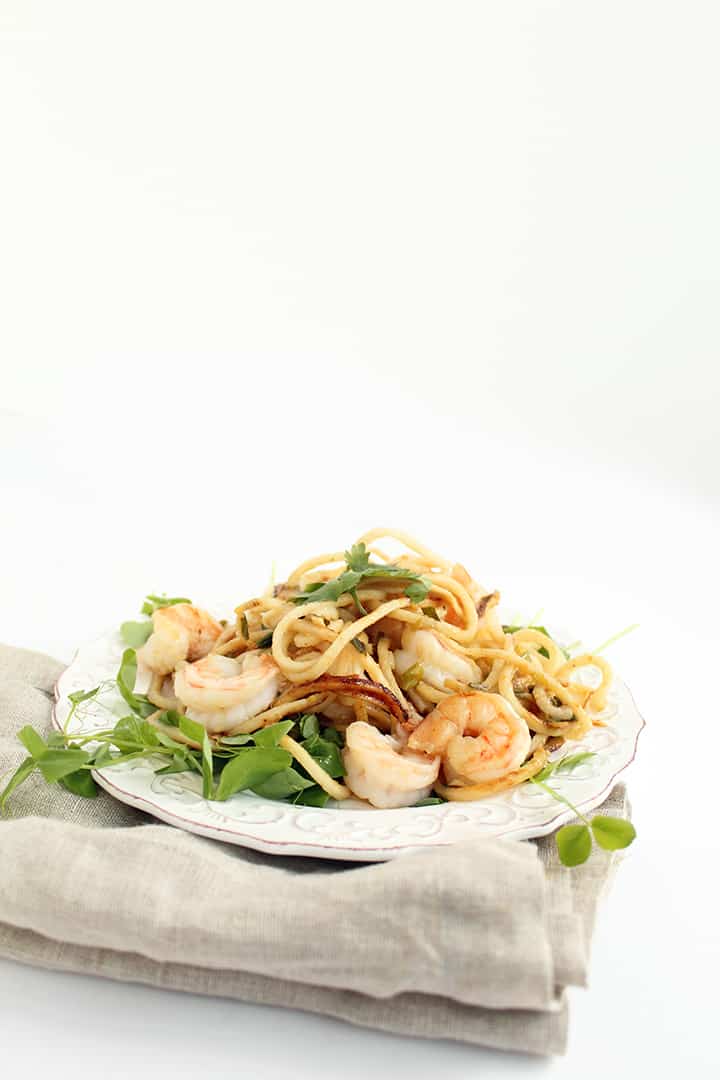 Since taro does have that sweeter flavor, I thought it would pair nicely with a sticky glaze, treating this dish like a sinfully delicious Asian noodle stir fry.

With garlic, shrimp and scallions – this recipe has everything. Plus – it only takes one skillet! Talk about easy cleanup.

The pea shoots on the bottom add a freshness to the dish and soak up the flavors of the miso-ginger glaze. Frankly, they’re pretty.

I can’t wait to keep experimenting with taro root. If you can’t find it near you, try Asian specialty grocers or Whole Foods. I hope you find it and make this recipe!

Also, if you don’t know what taro looks like, here it is:

Have you ever tried taro root before? What do you think? 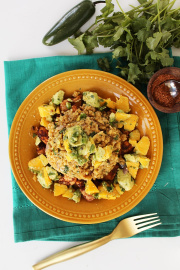