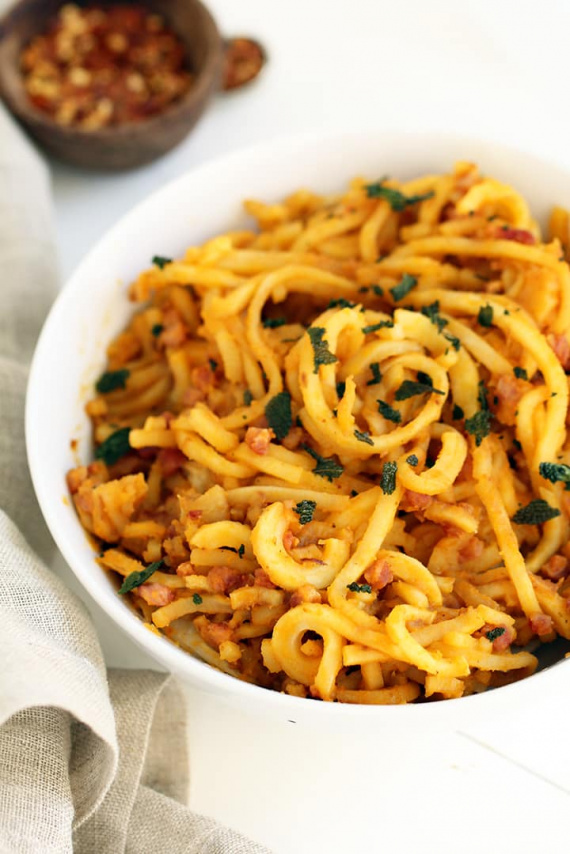 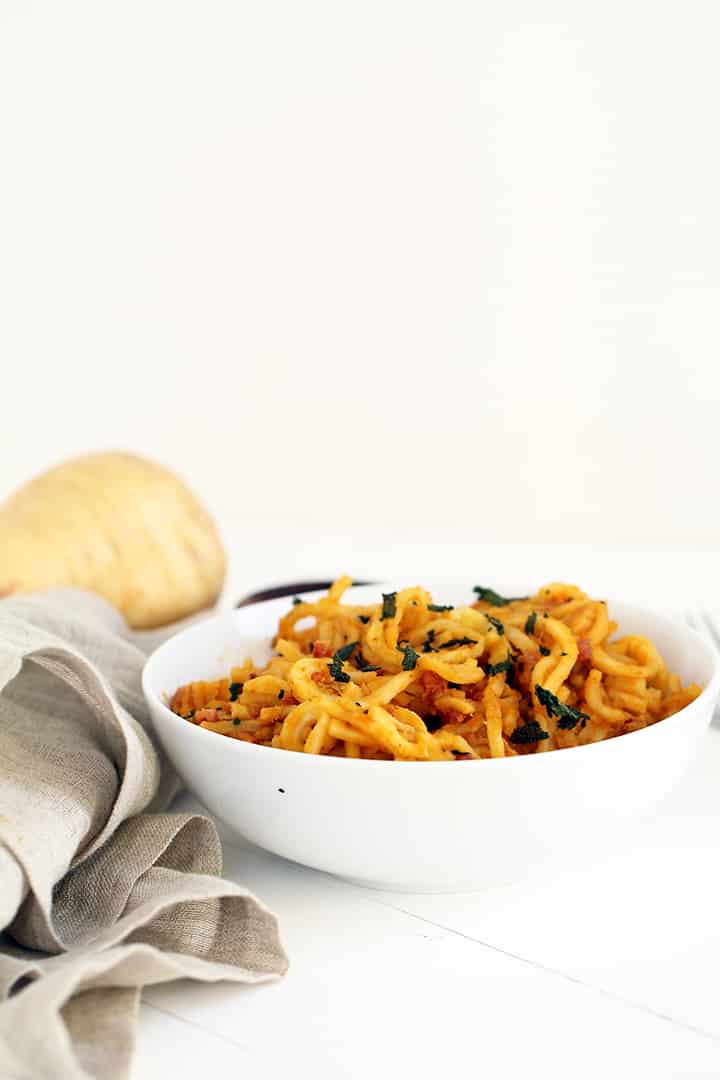 Christmas at my grandparents’ house growing up meant lots of fish. Seven fishes, to be exact.

However, sometimes, there would also be a lonesome ham. Or, my mother would prepare a ham for leftovers (since fish leftovers just aren’t a thing.)

For those of you who don’t do fish on Christmas and do ham instead (or if you’re like my crazy ma and you make a whole ham just for leftovers), today’s recipe is for you: use those leftovers! 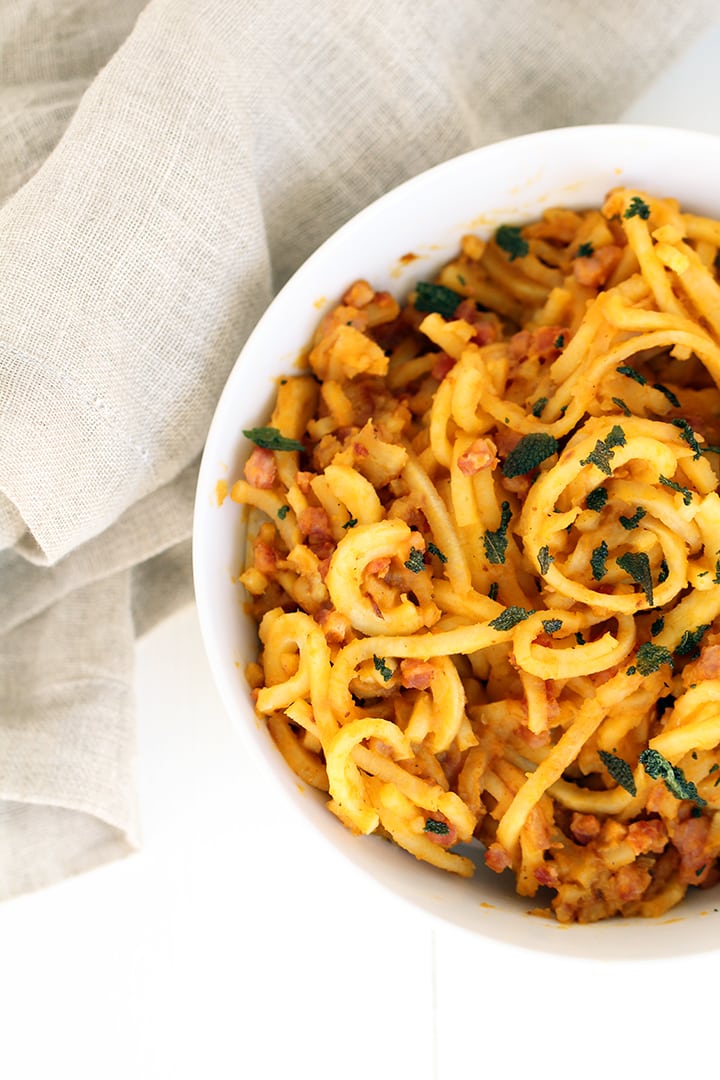 Even if you don’t celebrate Christmas but you like ham (or pancetta), this dish will soon become a permanent installation into your weekday dinner rotation: it’s that good.

I don’t know if it’s the slightly sweet nuttiness of the parsnips that are cooked in the sweety and savory meat OR the robust flavors in the chicken broth simmered butternut squash sauce, but the flavors in this recipe work… real well. 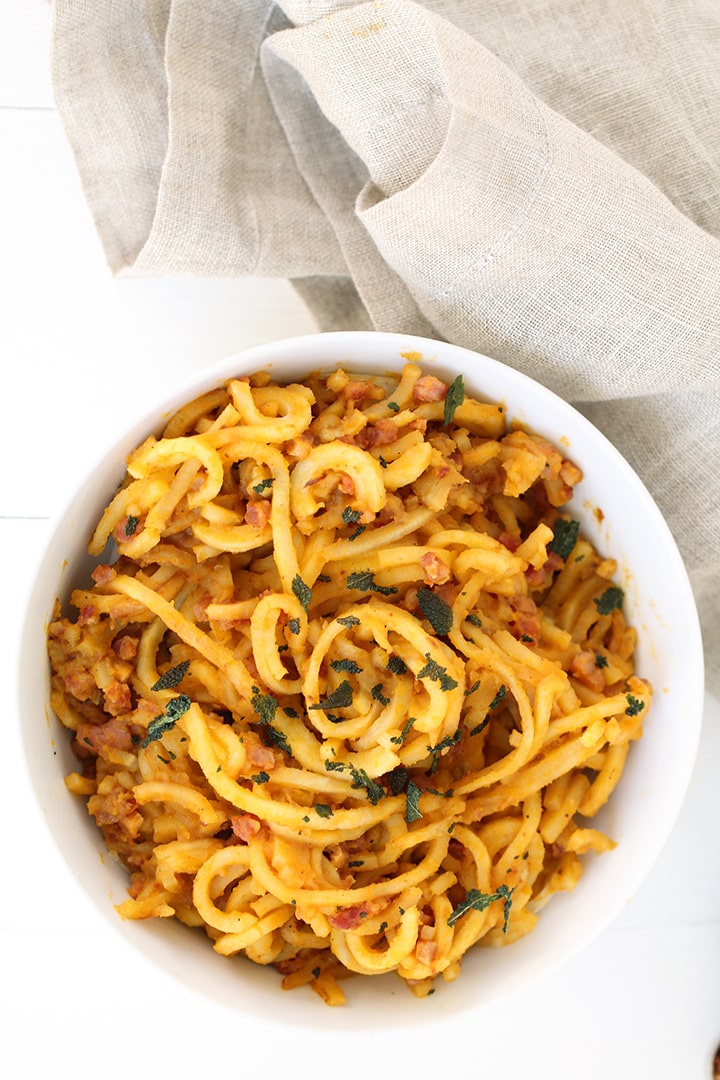 I love the crumbling of the fried sage on top (which sets the pace for the entire recipe since the butternut squash is cooked in the sage-infused oil.) It gives the dish a pretty deep green sprinkling of color and it adds so much flavor. Plus, well, who doesn’t love sage? Especially in the wintertime!

The sauce is effortless – just simmer butternut squash cubes with some pressed garlic, red pepper flakes and shallots in chicken broth and then puree into a blender and voila: a healthy, clean-eating friendly sauce that’s really versatile (it’ll work on anything!) 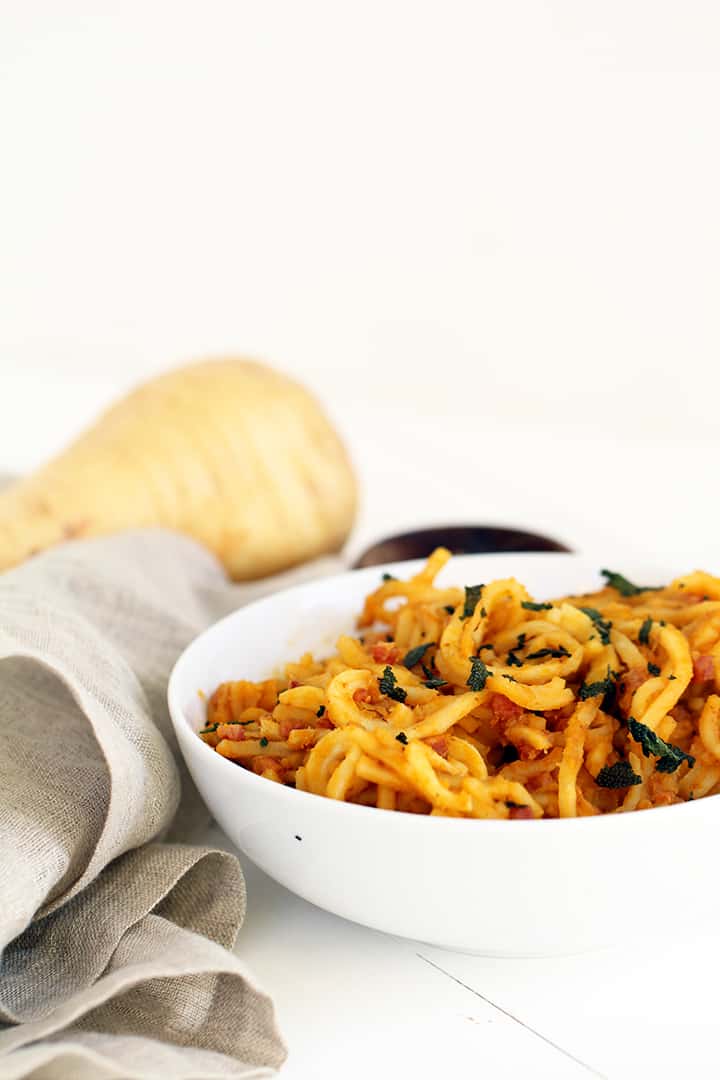 The trickiest part of this recipe is finding large parsnips (it can be tough!) However, if you can’t find large ones, just spiralize more of the smaller parsnips.

I used pancetta in this recipe, which is the “Italian bacon,” but you can use regular ‘ole ham also. Pancetta’s a bit sweeter, but the flavors will all work famously together – whether it’s that leftover Christmas ham, pancetta or just, ham. 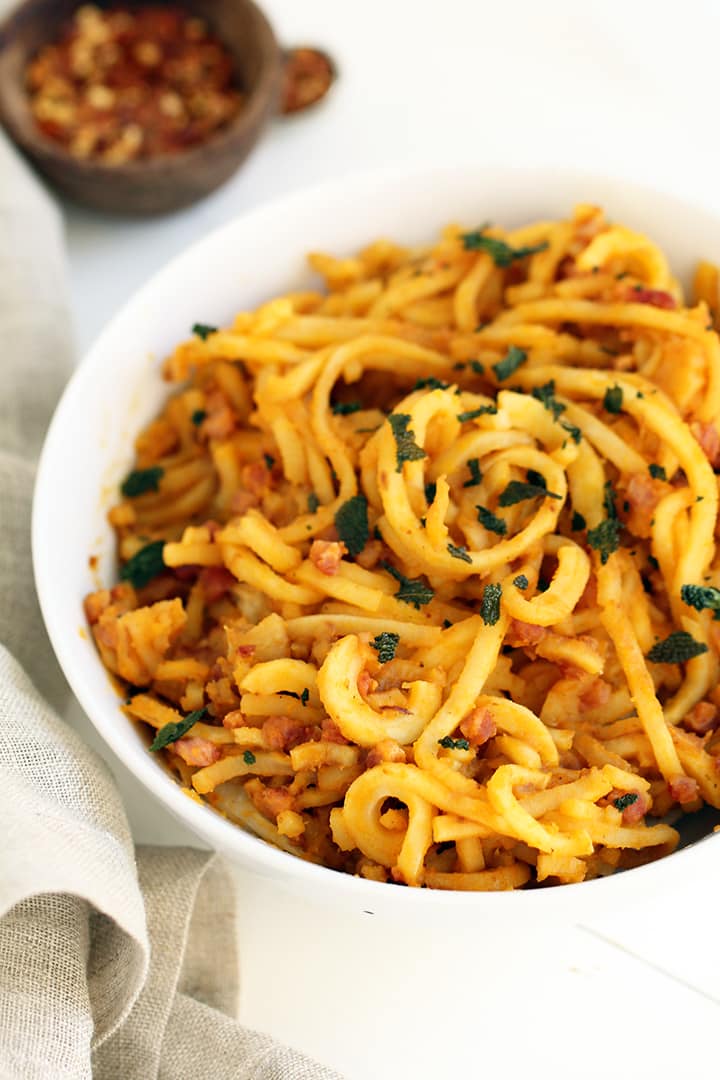 And if you don’t celebrate Christmas and just want to make this recipe, I don’t blame you – I’m definitely going to be eating it past Christmastime!

What are you cooking on Christmas (if you celebrate)? 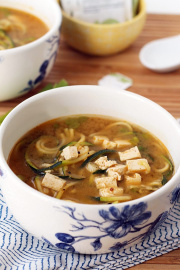