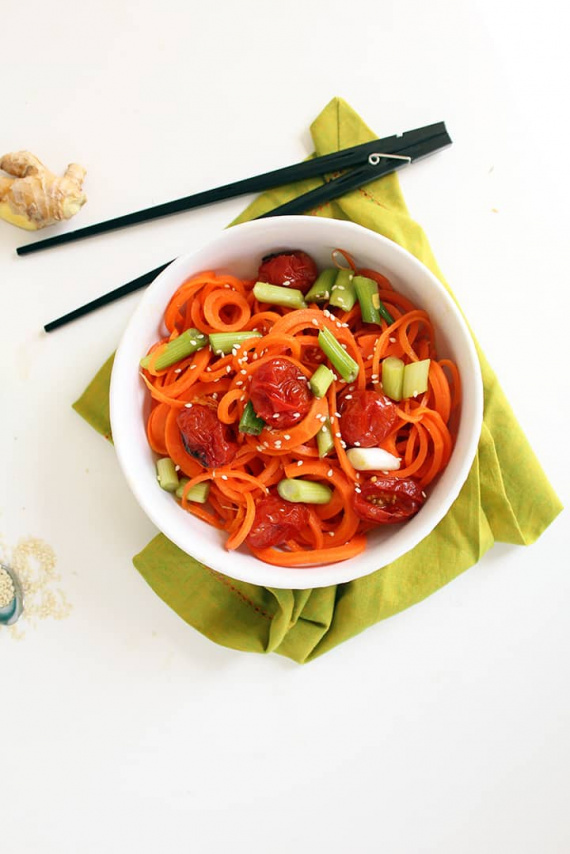 Recipe by Vegetables, Gluten Free, Vegan, Vegetarian, Noodles, Carrot
I promise I’m not running out of ideas for the blog. In fact, it’s just...
jump to recipe
share this recipe 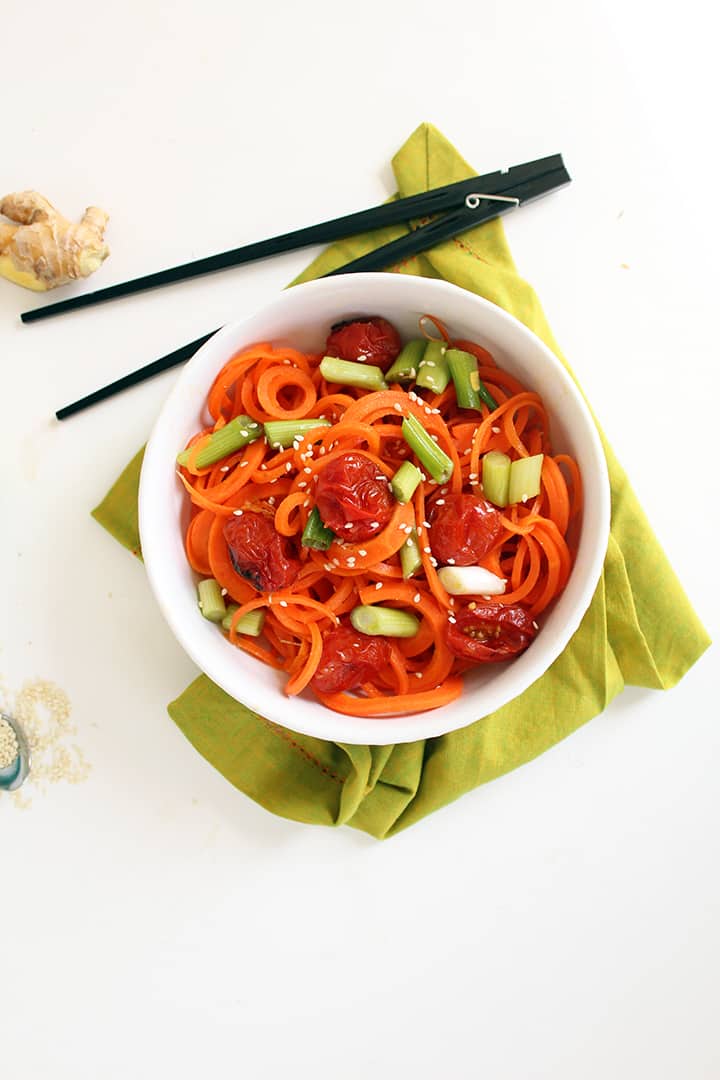 I promise I’m not running out of ideas for the blog. In fact, it’s just the opposite – my Evernote list has grown so big, I have to Command-F every time to search through the recipe names.

However, I’ve put off making this recipe for too long – it’s another magazine recipe I’ve wanted to Inspiralize.

And this time, I’ve saved you 676 total calories, or, 169 calories per serving. Talk about bikini season…

Call it bad timing (two unoriginal recipes in one week) or call it crafty – I like crafty better. 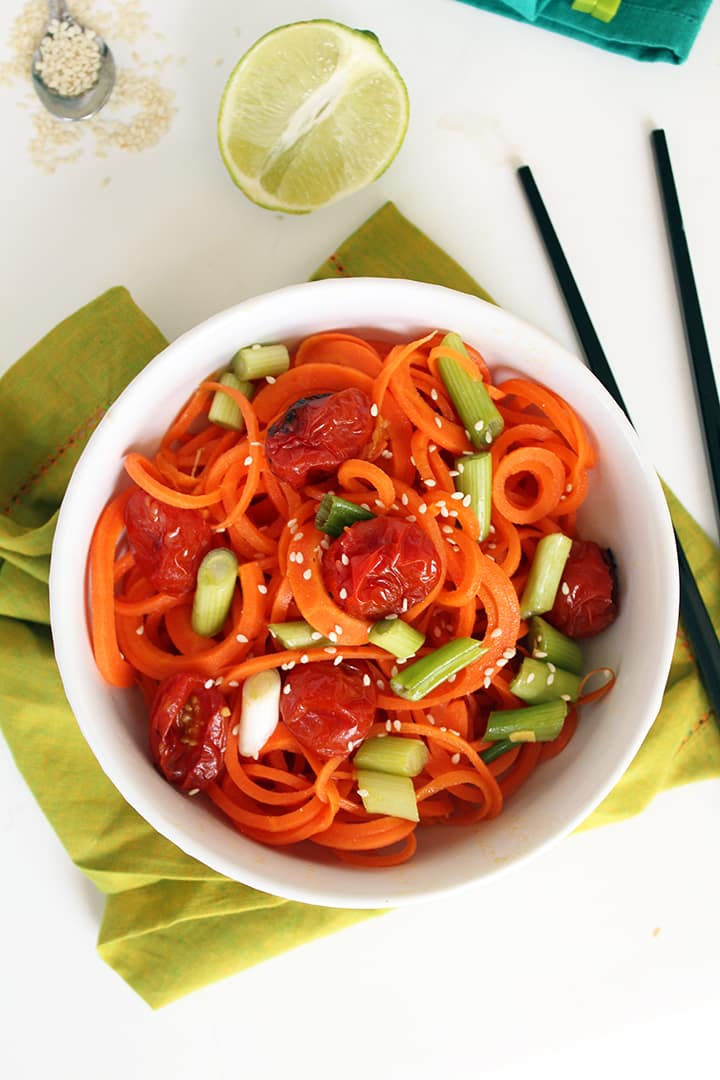 Why reinvent the wheel? The beauty of spiralizing is that it makes even the most unhealthy of recipes diet-compliant. Diet-compliant…. kinda rhymes!

I know I sound crazy, but, I just finished a 5 hour day of recipe testing for the cookbook. That’s 5 nonstop hours of cooking, cleaning, cooking, cleaning, etc. I’m not complaining, just trying to make an excuse for my ramblings today. 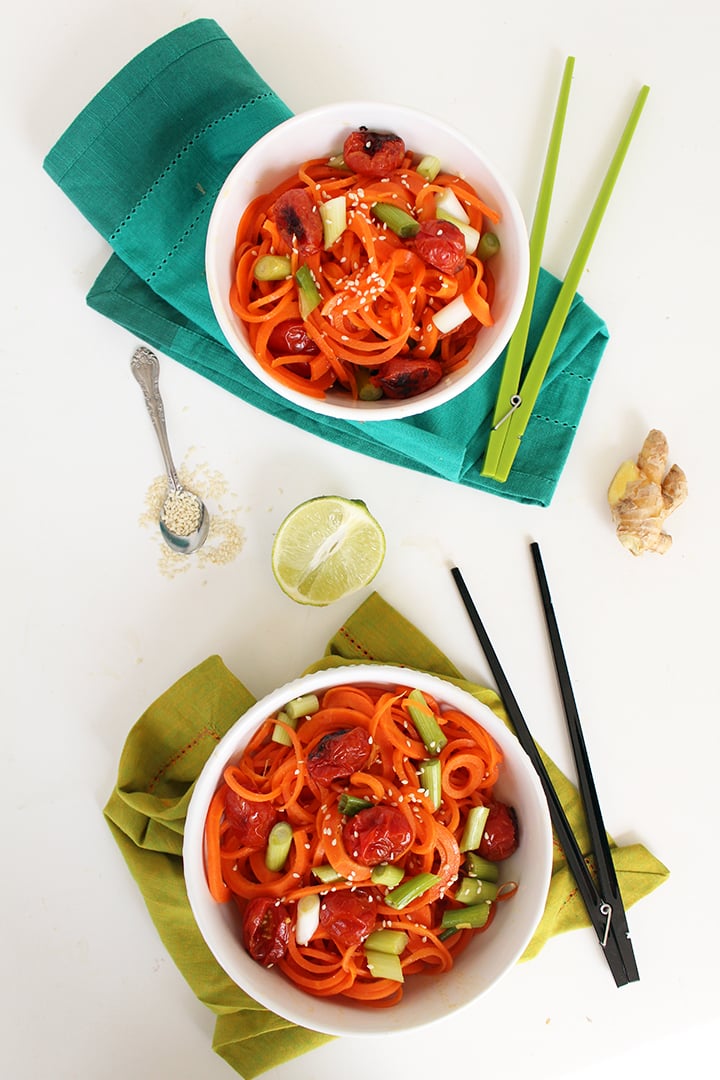 You know… how will this look on a plate? What bowl am I going to use? Should I use the yellow napkin and the green salt and pepper shakers or is that overkill? Will the noodles look soggy if I plate them early?

All types of thoughts. When I’m cookbook testing, I’m blaring music, putting in a pinch of that, a pinch of this and scribbling it down on a piece of paper. It doesn’t matter if something sits too long and wilts. I don’t have to think about “styling.” It’s just me, my kitchen and paper and pen. 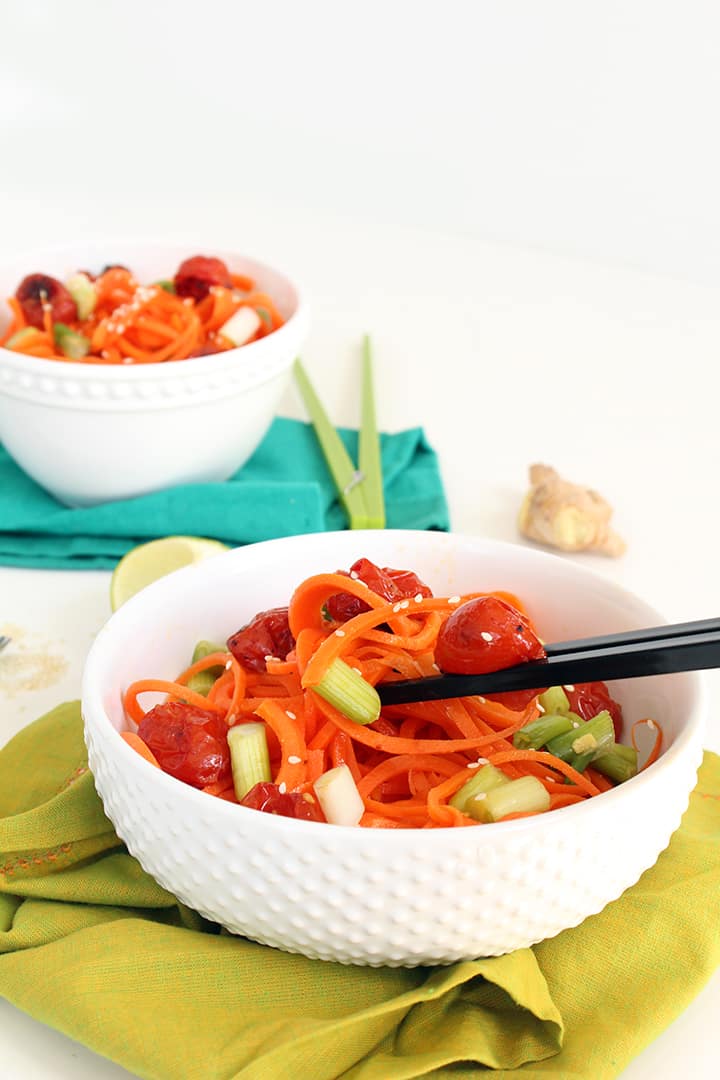 I can’t wait for y’all to see this cookbook, by the way. It’s coming along very, very, and very well.

Now for this recipe. It was featured in Food & Wine magazine’s April 2014 edition. Ever since I saw it, I wanted to Inspiralize it and now is the moment it’s come true. 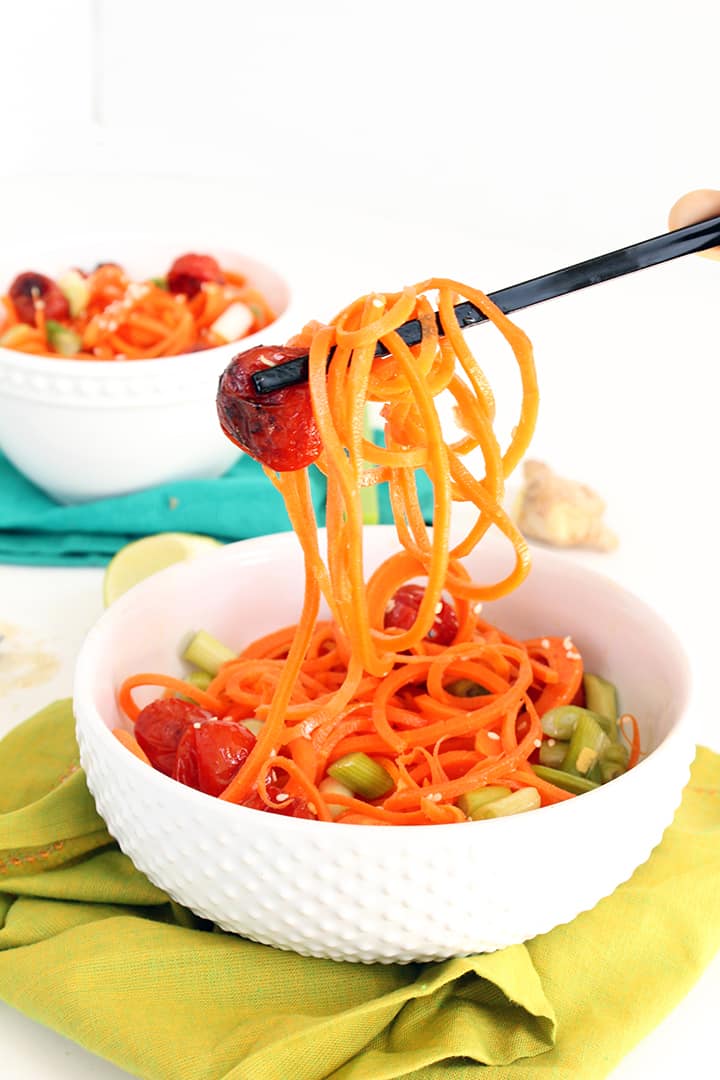 Originally, I was going to use zucchini noodles, but I didn’t have enough to photograph it, but I did have some extremely large carrots. Thus, Miso Roasted Tomatoes and Carrot Noodles (original recipe found here).

The miso here is genius. Roasted tomatoes with miso is my new favorite pastime. While the tomatoes roast, their flavors deepen, sweeten and eventually burst. As they burst, the miso seeps further in the tomato skin.

Now, if those last two sentences didn’t want to make you try this recipe, I don’t know what will. Oh, maybe the fact that boiling carrot noodles is the best way to enjoy a carrot. The noodles resemble a whole wheat spaghetti noodle, it’s actually pretty uncanny. 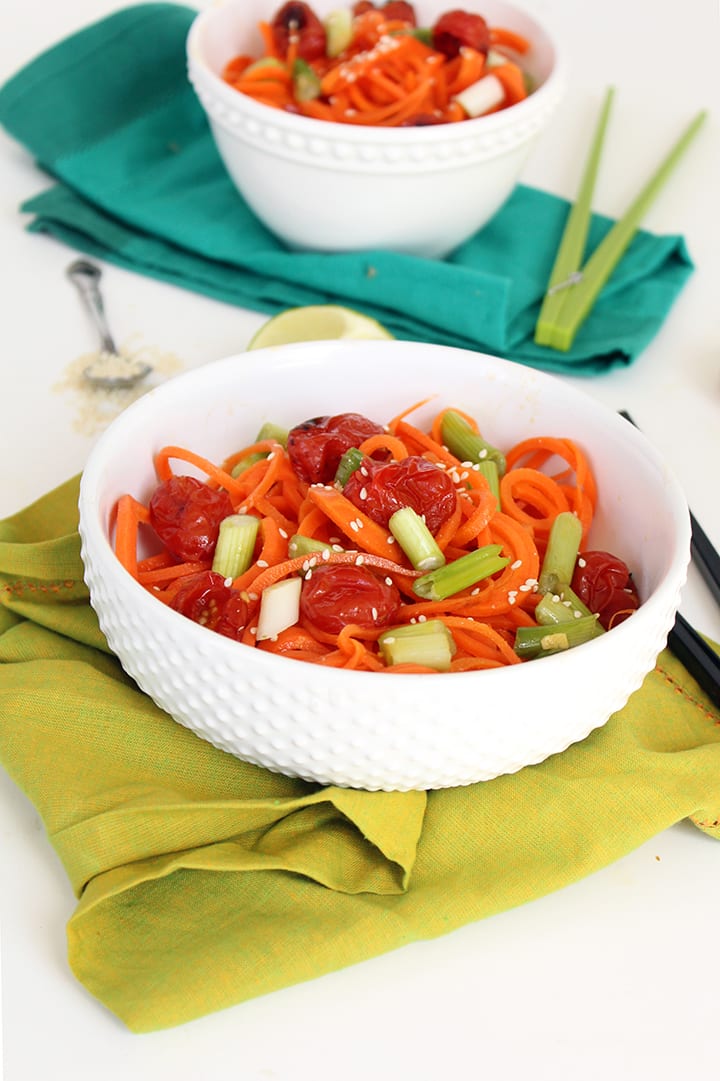 See.. what did I tell you? Rambling. 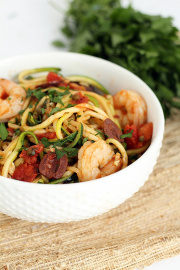