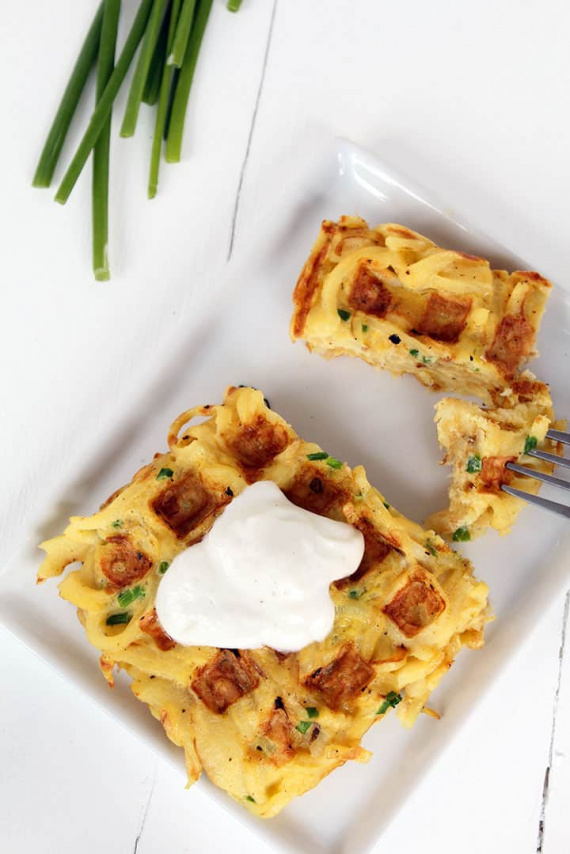 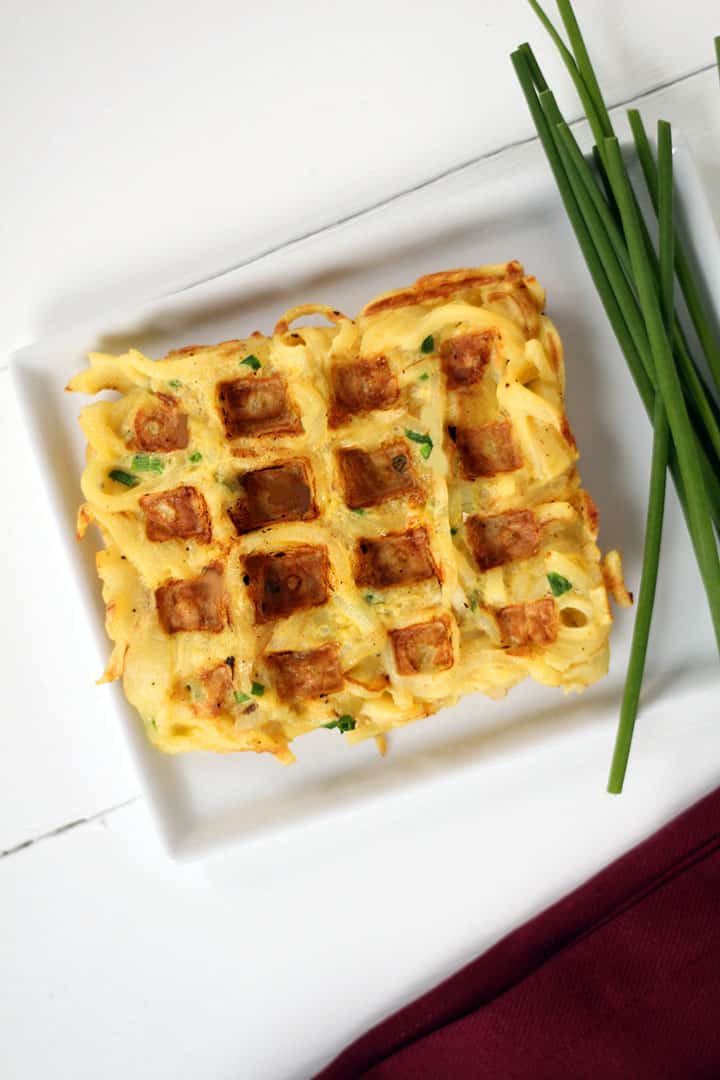 Lookie what we have here today: parsnaffles!

Truth: I probably spent a solid 25 seconds laughing aloud to myself in my apartment over the word “parsnaffles.”

But, my excitement is real! These parsnaffles are a savory version of my sweet potato noodle waffles. You know, the sweet potaffle. 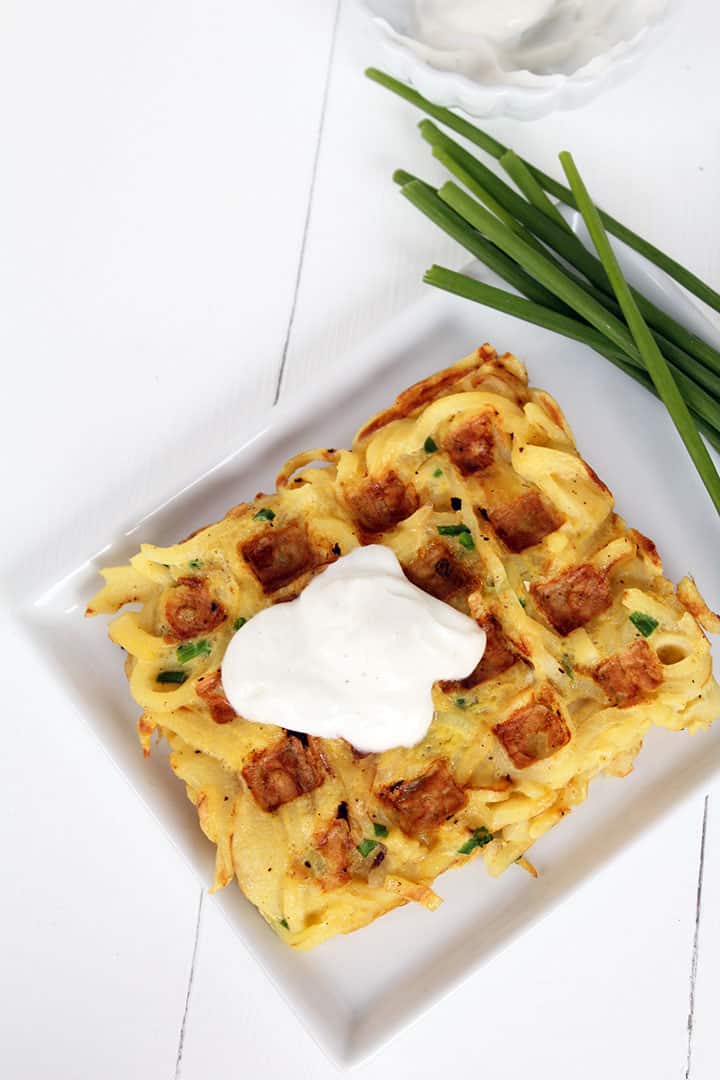 Uh oh, I see a battle: the sweet potaffle vs. the parsnaffle.

Honestly, I’m acting giddy because a) we booked our honeymoon (!!!) and b) these waffles  – ehem – parsnaffles are SO good. 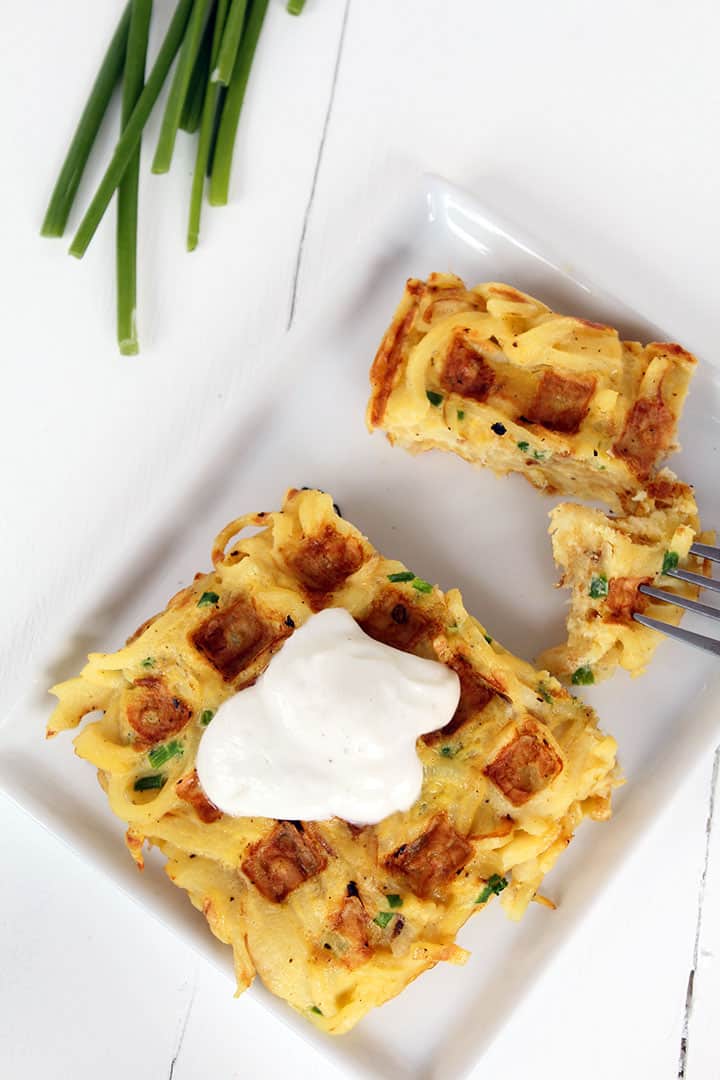 Savory waffles are a delicious way to enjoy “breakfast for dinner,” spice up your lunches or to simply switch up your morning routine. If you have them for actual breakfast, drizzle them with some maple syrup and serve alongside scramby eggs or bacon.

If you’re having them for dinner, top them with some veggie chili and guac! Or, you can go crazy and make chicken and waffles. 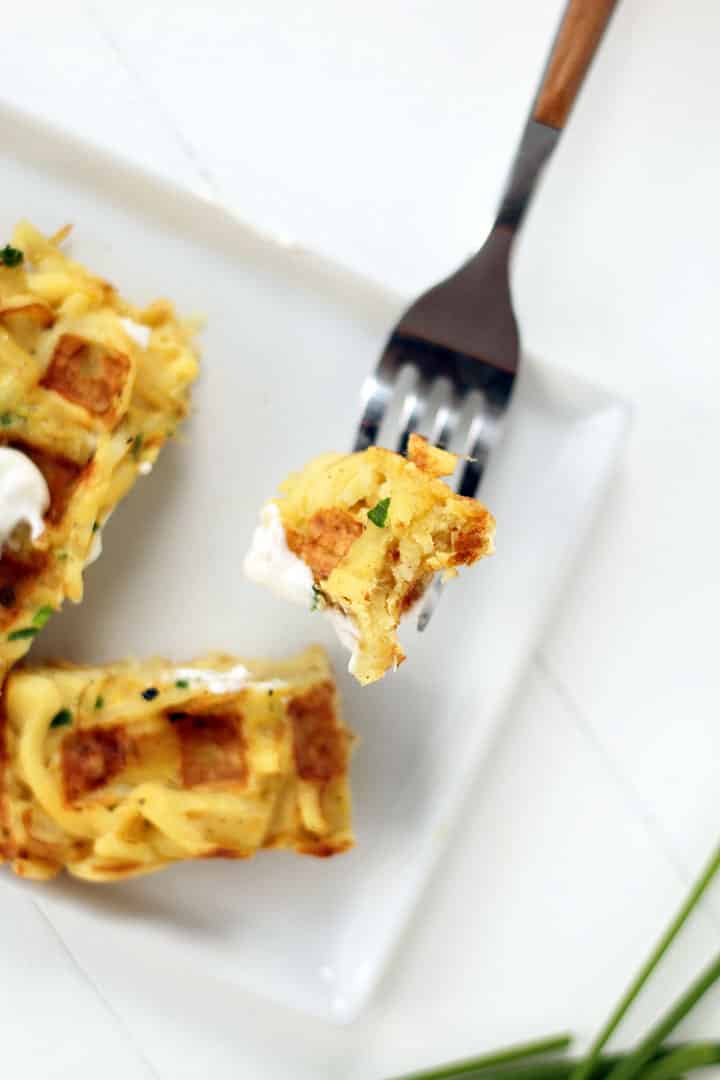 If you’re having them for lunch, you could make a croque-monsieur (a French ham and cheese sammy.) Just layer with a slice or two of ham, grate gruyere or some fancy schmancy cheese on top and broil in the oven.

In this recipe, I gave a quick idea for a topping: make your own sour cream by just adding some lemon juice to Greek yogurt and seasoning with pepper. 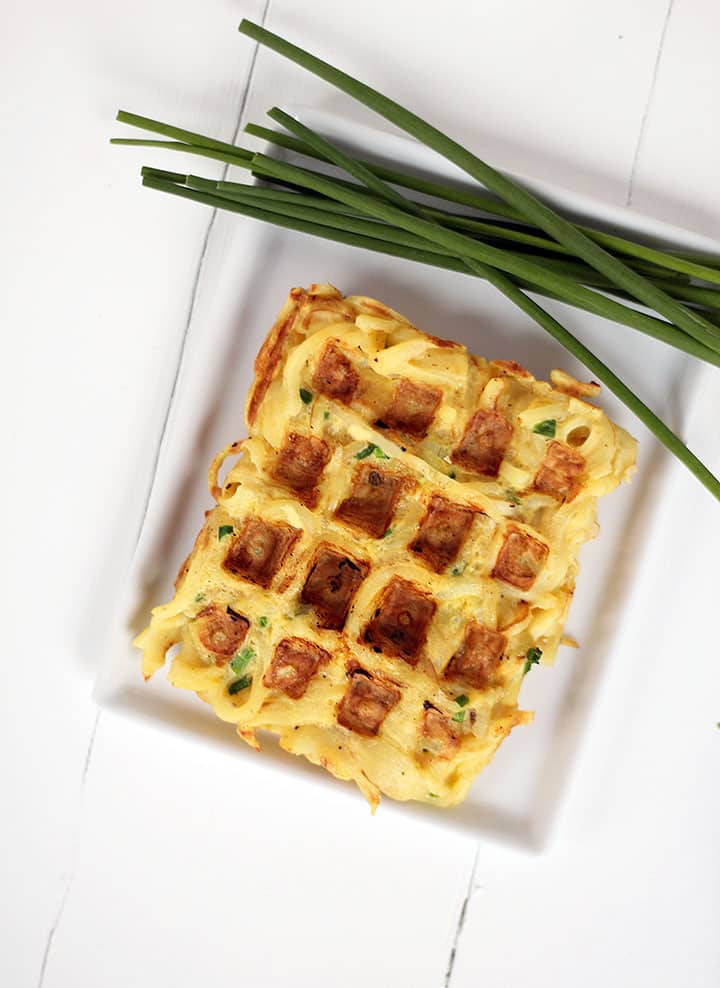 The texture of these waffles are fluffy and warm, the taste is nutty and savory and the ingredient list is to-die-for. These waffles are gluten-free, Paleo and vegetarian-friendly. What more can you ask for?

UPDATE: I used this waffle iron to make this recipe.

How would you transform these waffles? 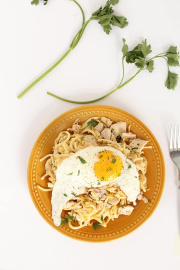