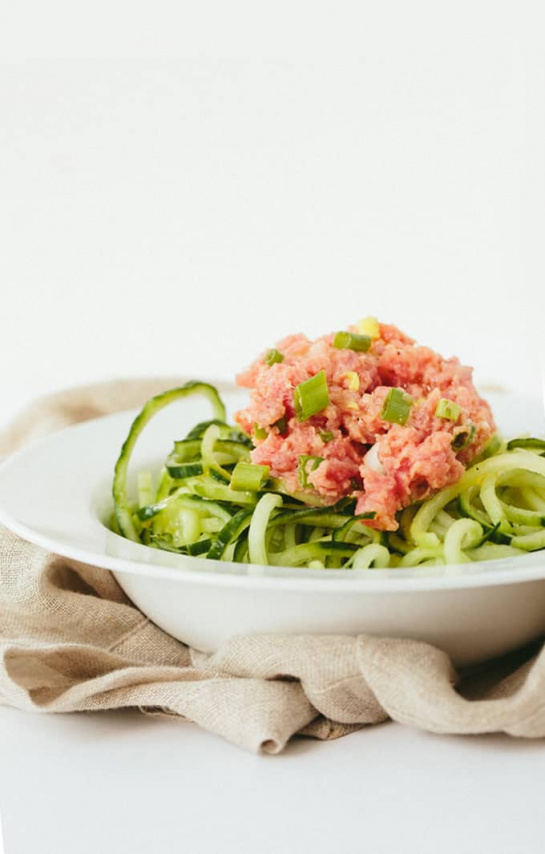 Gluten Free, Salads, Noodles, Seafood, Cucumber
I knoooow. Another day, another tuna recipe. Well, not all tuna is created equally. Yesterday, we...
jump to recipe
share this recipe

I knoooow. Another day, another tuna recipe.

Well, not all tuna is created equally. Yesterday, we used canned tuna, today we use fresh, sushi-grade ahi tuna.

Plus, I had extra Greek yogurt leftover from Sunday’s recipe, so here we are. 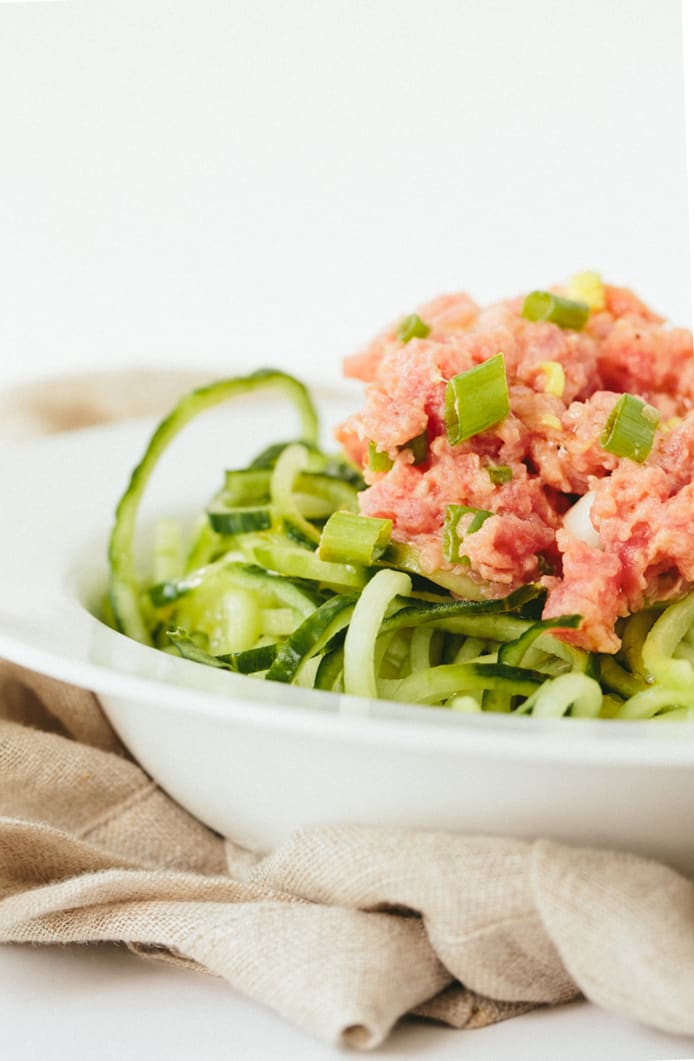 Speaking of extra yogurt, I’m trying my best to be mindful of waste. Lately, due to being busier than usual, I’ve found myself rushing through recipes and not being conscious of portions, leftovers, etc.

Instead of throwing away a half used container of Greek yogurt, I’m using it with today’s recipe. *pats self on the head* 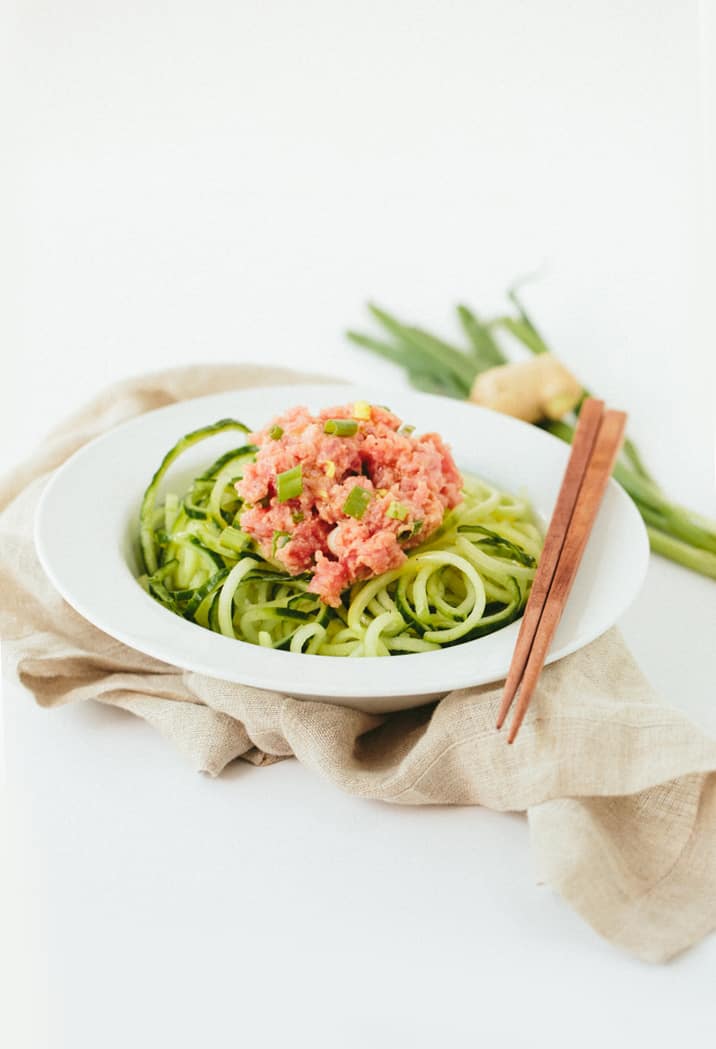 Of course, in my later years, I realized that spicy tuna rolls were made with mayonnaise, which I’ve never liked – not because it’s high in cholesterol and often contains processed sugars, but because the consistency was just too much for me.

This lightened up version pairs spicy tuna with cucumber noodles and a ginger-lime dressing which is refreshing, light, and tangy to complement the spicier flavors of the tuna. 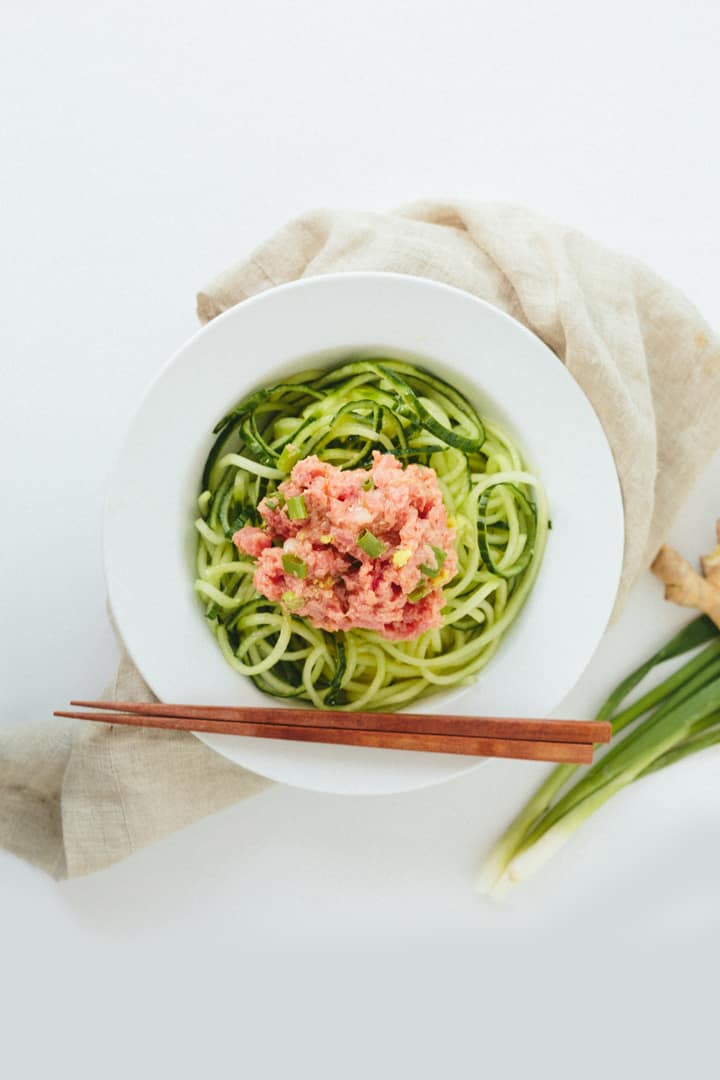 Cucumber noodles are really versatile, it’s just crucial to pat them dry completely before using them in a recipe, especially one like this, where there’s a liquidy dressing. Liquidy’s not a word, I know.

This can either be a main salad or a starter salad to your sushi night, especially now that you have hand rolls and a beet rice sushi roll (in the Inspiralized cookbook!)

If you don’t like tuna but still want to use this recipe, you can mash up chickpeas with avocado and the hot sauce (especially if you’re dairy-free!) 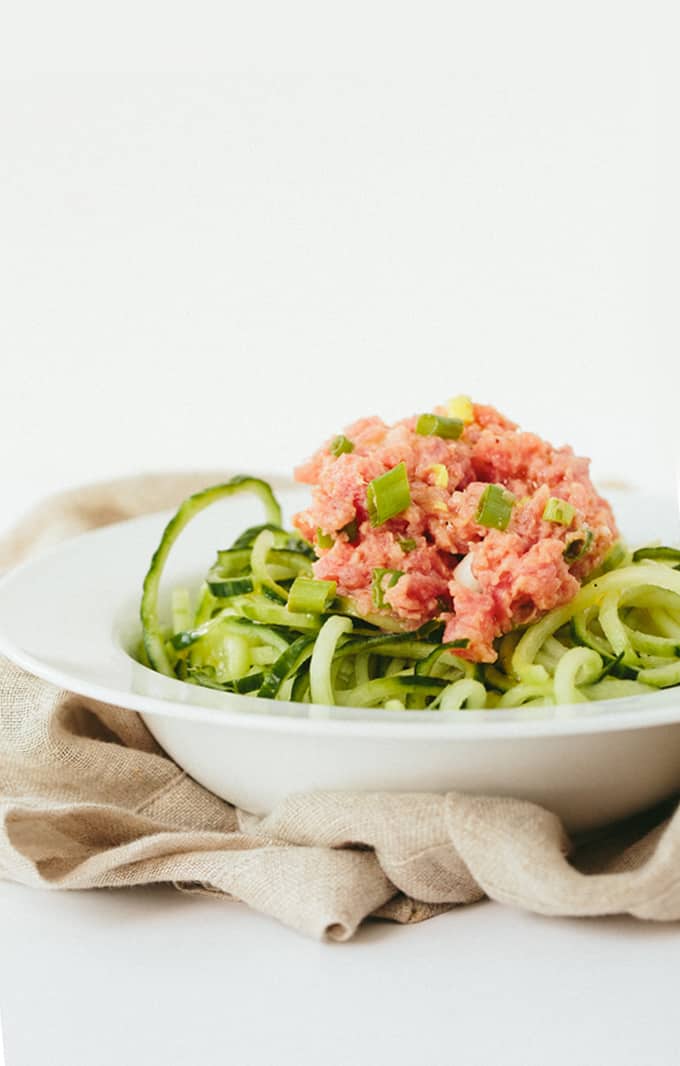 Have you seen my video on how to spiralize a cucumber? Check it out and subscribe to my YouTube channel: 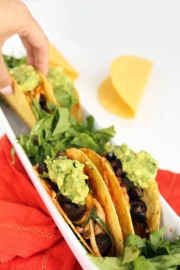