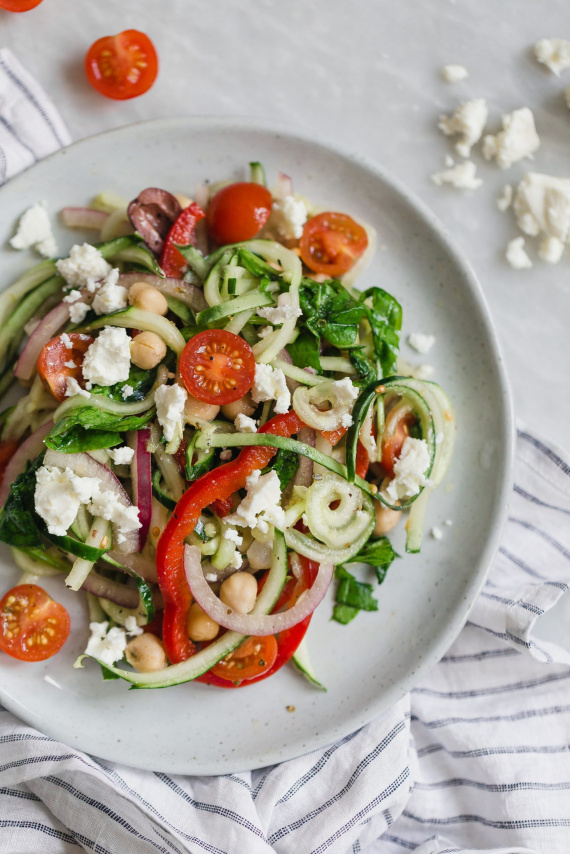 Gluten Free, Vegetarian, Pasta Salad, Salads, Cucumber
The temperatures have been slowly dropping in the past week or so, and I’m so...
jump to recipe
share this recipe 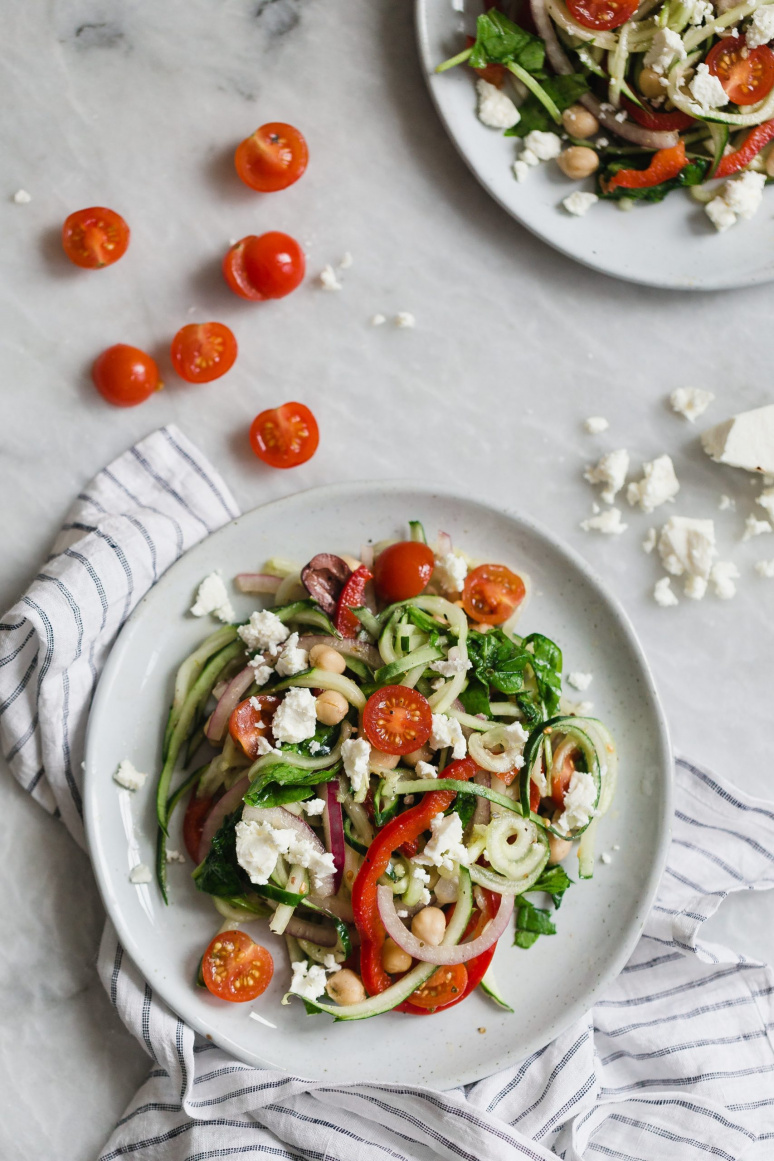 The temperatures have been slowly dropping in the past week or so, and I’m so excited for fall, but also trying to savor and hold on to these last few weeks of summer.

I’m making all the easy, cold, spiralized salads like this Spiralized Cucumber Greek Salad, another oldie but a goodie!

When Lu and I went to Greece on our first big trip together as a couple (about a year into dating), we fell in love with the Greek salad but realized how different they were from the Greek salads in the US. They were full of the freshest ingredients, the purest of fetas, and seasoned just right. 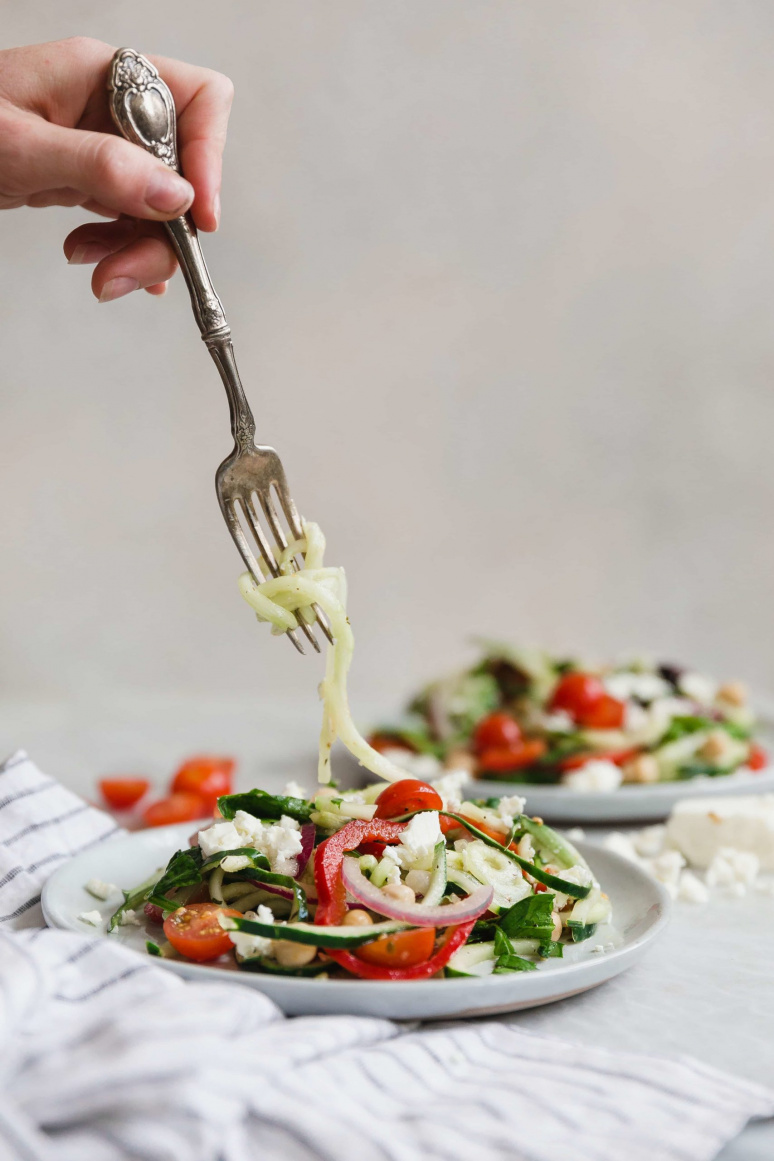 Instead of lettuce and chopped veggies, the Greek salads in Greece just use big chunks of tomatoes, onions, and bell peppers – and rarely with olives, if ever.

I’ve tried to combine the best of both worlds into a fuller dish that can be enjoyed either for lunch or for dinner (top with your favorite protein – quinoa, grilled chicken, etc) or just enjoy it as a side dish. 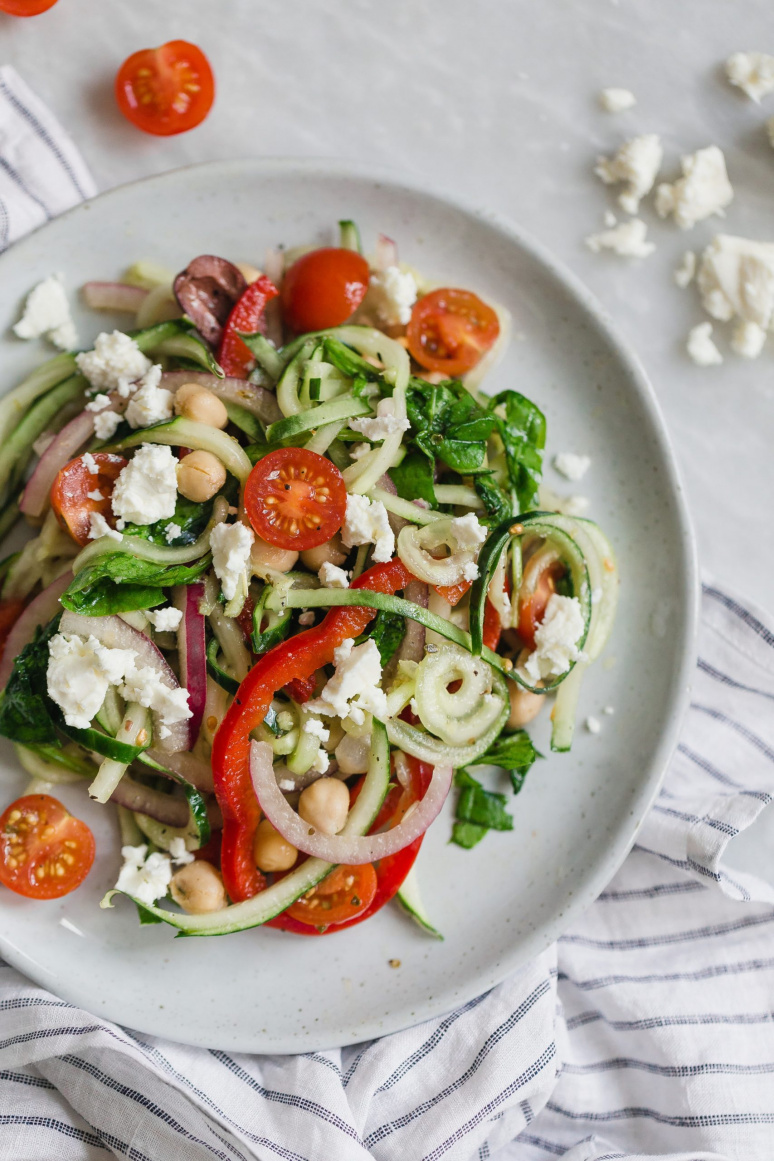 Soon enough, this blog will be allll about the sweet potatoes and chunky sweaters, so let’s enjoy this last burst of freshness!

Andddd I have a huge announcement coming on Wednesday to the blog, so make sure you stay tuned or subscribe to our newsletter so you receive alerts when the big news is announced! 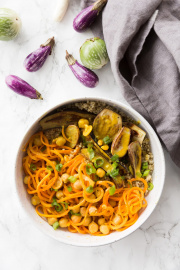