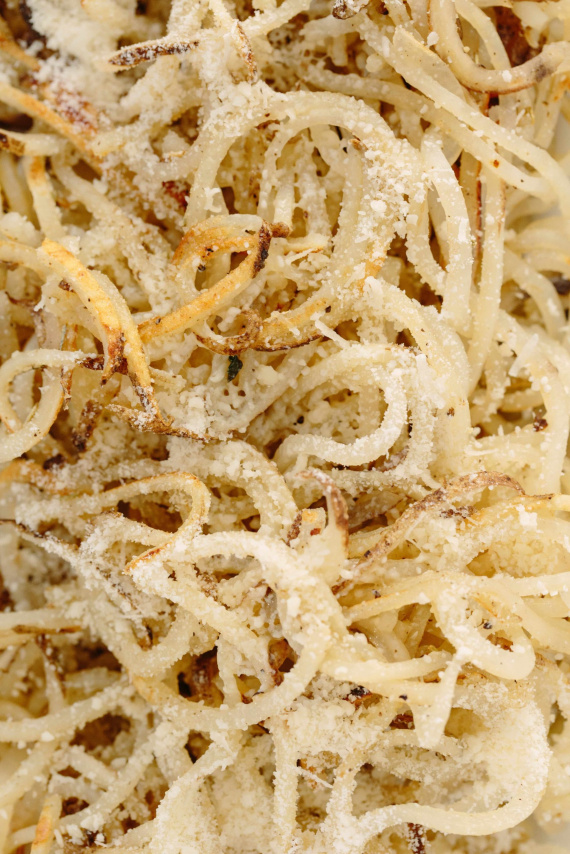 Gluten Free, Vegetarian, Sides & Appetizers, White Potato
After everyone’s comments asking me how I made my spiralized Parmesan potatoes over the holiday,...
jump to recipe
share this recipe 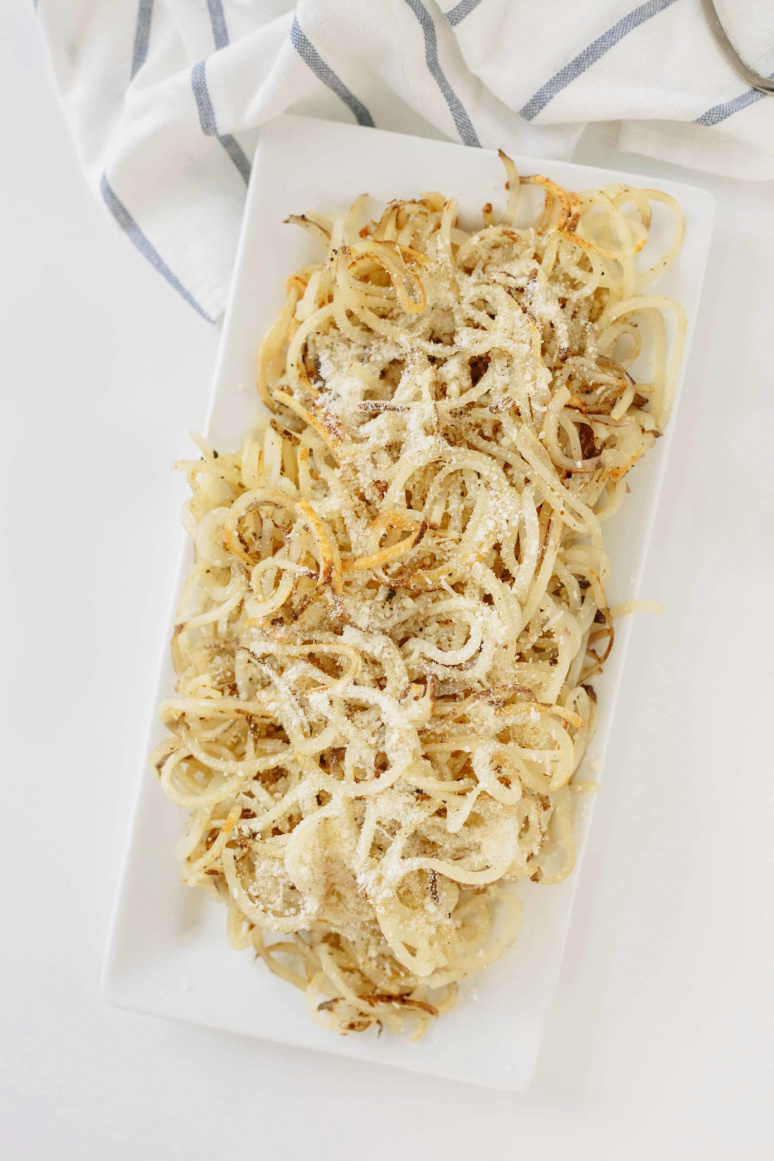 After everyone’s comments asking me how I made my spiralized Parmesan potatoes over the holiday, I decided they were just too good not to feature them on the blog.

These potatoes are the perfect side dish to serve alongside your favorite protein or to add to a bowl meal. Let me show you how easy they are to make!

I love that my family embraces spiralizing. They actually request spiralized food while I’m visiting them! And if you follow me on Instagram, you may have seen my Instagram Live on Christmas Eve and Christmas Day. I had a few glasses of wine and was dancing while spiralizing. Ya, that happened. 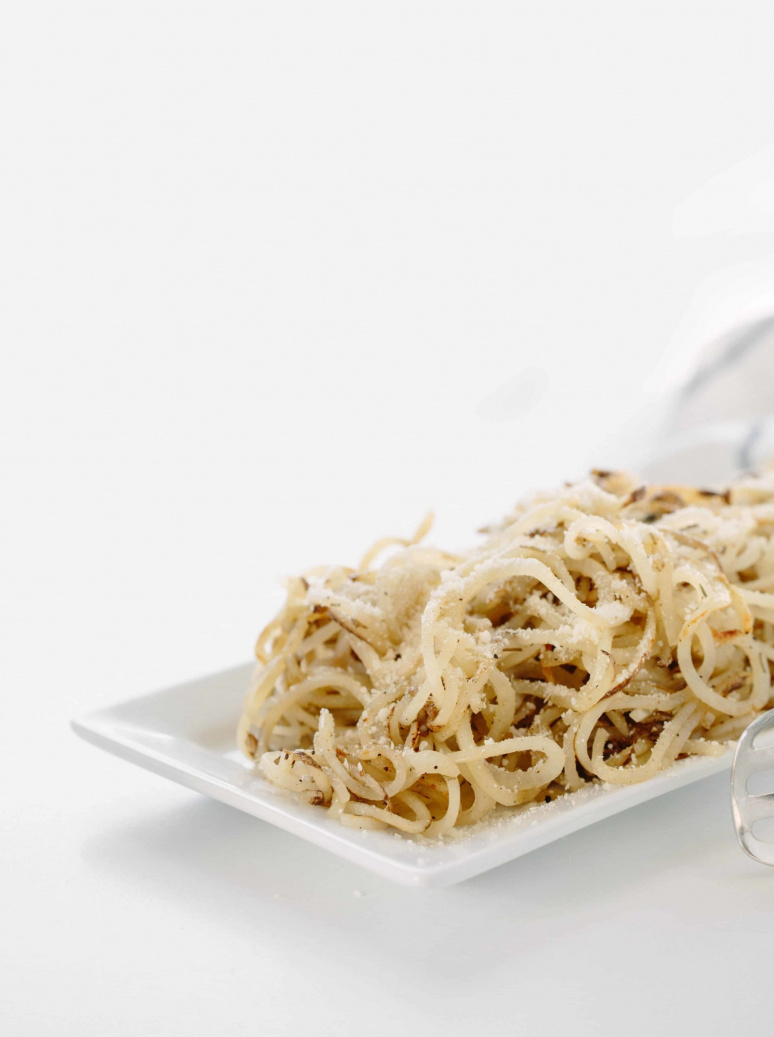 We had spiralized zucchini and clams with a tomato sauce on Christmas Eve, and a few days later, I made these spiralized potatoes with grated Parmesan. See:

We serve them with green beans, a brussels sprouts salad, and steak, while my sister and I had veggie burgers!

Why do I love spiralizing potatoes so much as a side dish? Besides the fact that the consistency is more enjoyable and who-doesn’t-love-potatoes, you actually end up eating less potato than you normally would, because of the noodle form. It’s much fluffier and takes up more room on your plate, so it’s one of those forced portion control situations.

A half of a potato spiralized looks like much more than a half potato diced. That’s the magic of spiralizing! 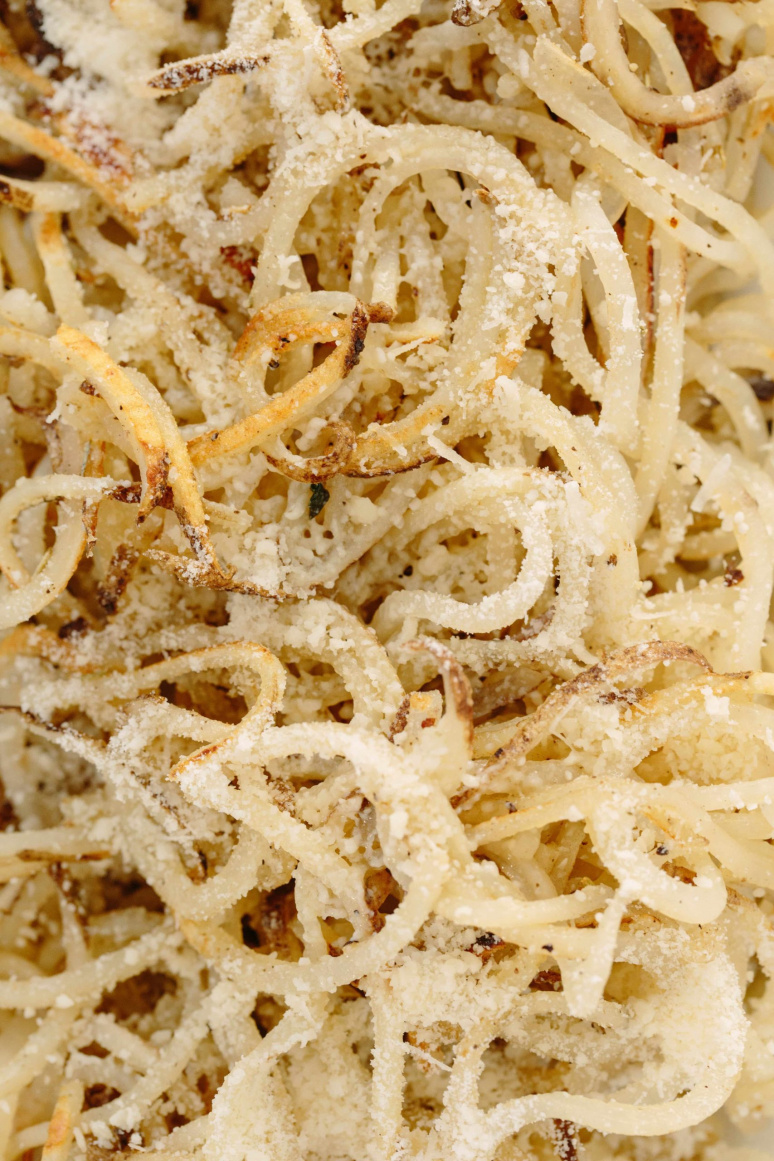 Serve these with anything and season them any way you’d like – with some dried rosemary, some chili powder for spice, some fresh thyme, whatever! They’re potatoes, so season them as you normally would. 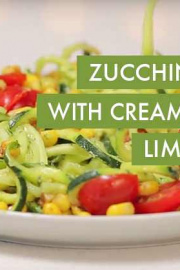