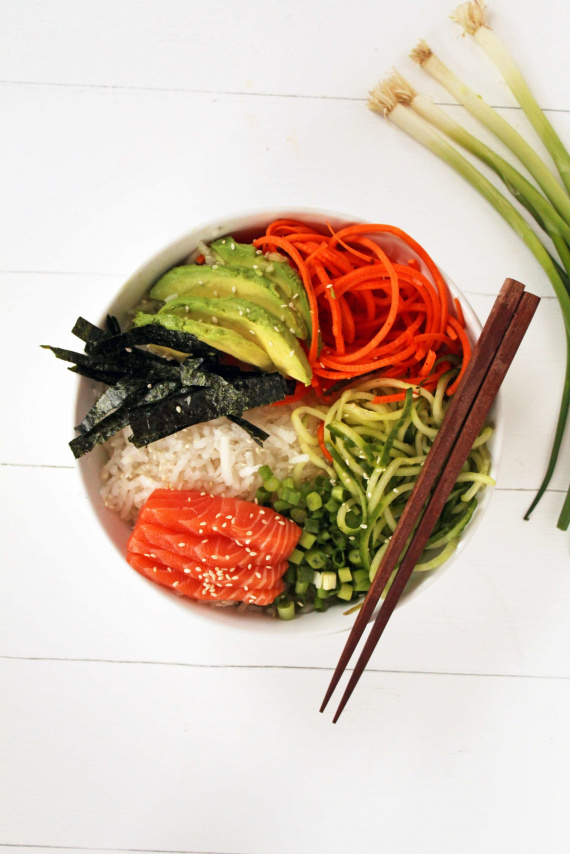 Recipe by Vegetables, Veggie Rice, Bowls, Noodles, Seafood, Carrot, Cucumber, Daikon Radish
MY FIRST RECIPE POST OF 2015!!!! I knew it had to be epic, because that’s...
jump to recipe
share this recipe 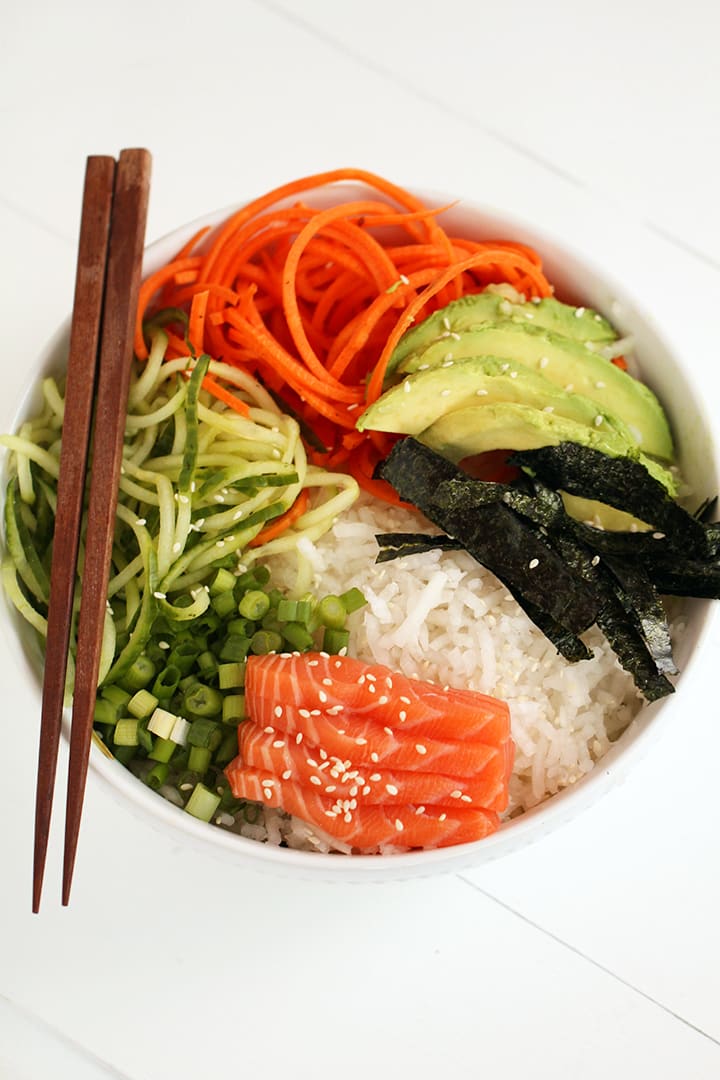 I mean, I’ve got a cookbook coming out, I’m getting married to the love of my life, and I have a few other tricks up my sleeves. 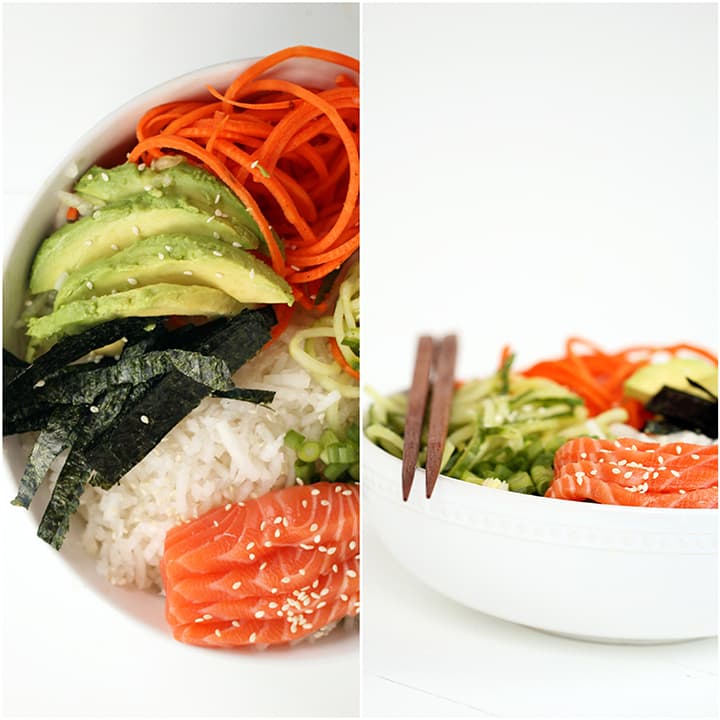 I’m writing this post on December 22, 2014, so I can’t tell you how my New Year’s was. I can tell you, however, that it was in the Dominican Republic, spent with Lu’s family (his father was from the Dominican.)

I’ve been meaning to make a spiralized sushi bowl for a while, because a) everybody loves sushi and b) sushi has so many spiralizable elements.

What better occasion to finally make this than for 2015’s first recipe?

Originally, I had wanted to use kani as the main protein and have this titled as a “spiralized california sushi bowl.” Unfortunately, I was scrambling to stock up all of my posts before I left for Christmas/New Year’s and the grocery store I was at didn’t have kani and I didn’t have the time to drive somewhere else, so: salmon sashimi.

Salmon sashimi works perfectly here and the ginger-miso dressing brings out the freshness in the salmon. However, if you don’t like salmon or don’t have access to the freshest, substitute in anything: kani (ha!), shrimp, tofu, edamame beans, or just leave it out and make it 100% vegetarian and simple. 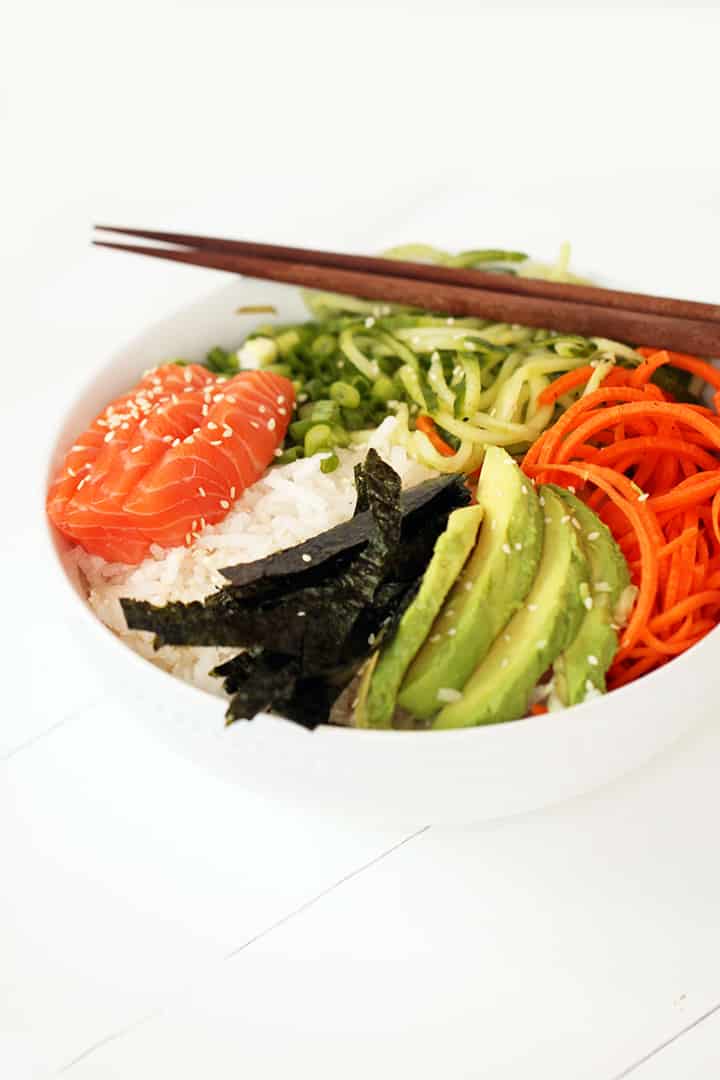 Once you add the ginger-miso dressing and toss together as you eat, the dish transforms – so many flavors, textures and colors. The avocado is velvety, the carrots and crunchy and sweet and the daikon rice provides the extra oomph this dish needs to be considered a true “sushi bowl.”

The seaweed is nice and salty. I actually really love adding seaweed to soups and other dishes for extra umami. You know, that “pleasant savory taste” that’s indescribable. 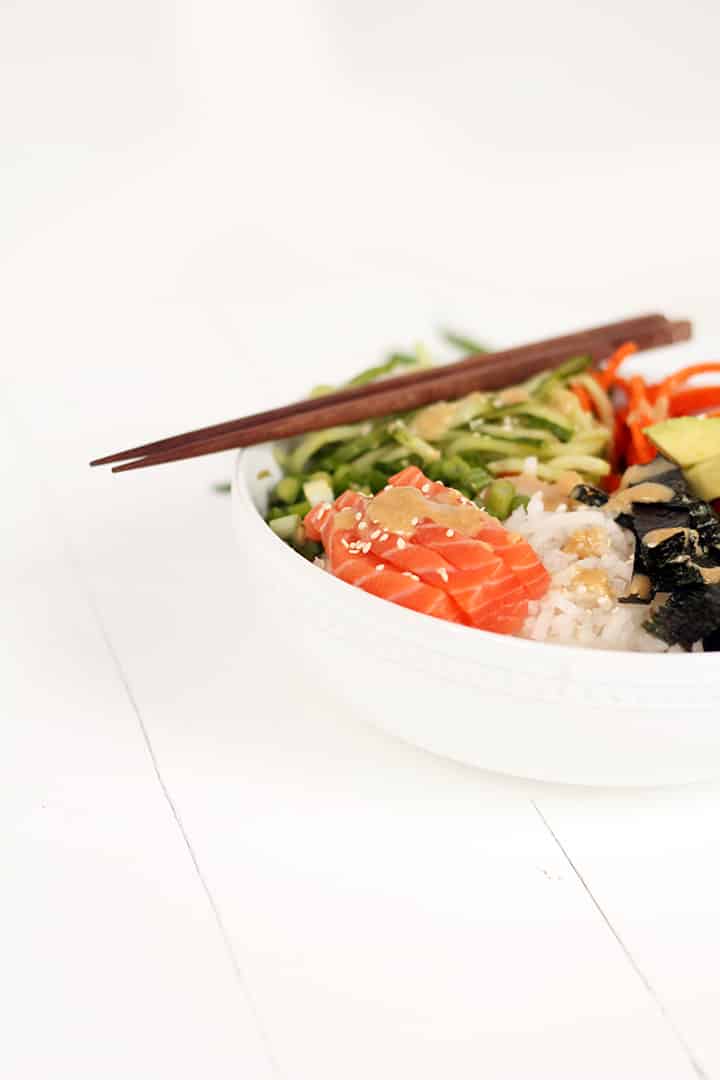 Anyway, this recipe, overall, is the quintessential segue into an unbelievable year for Inspiralized. It shows the creativity and versatility of the spiralizer and it demonstrates perfectly how spiralizing can transform your favorite traditionally unhealthy dishes into healthy versions – sometimes with even more flavor!

What are your favorite ways to be creative with the spiralizer? 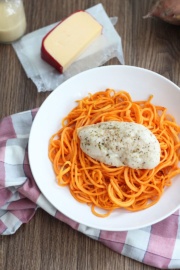